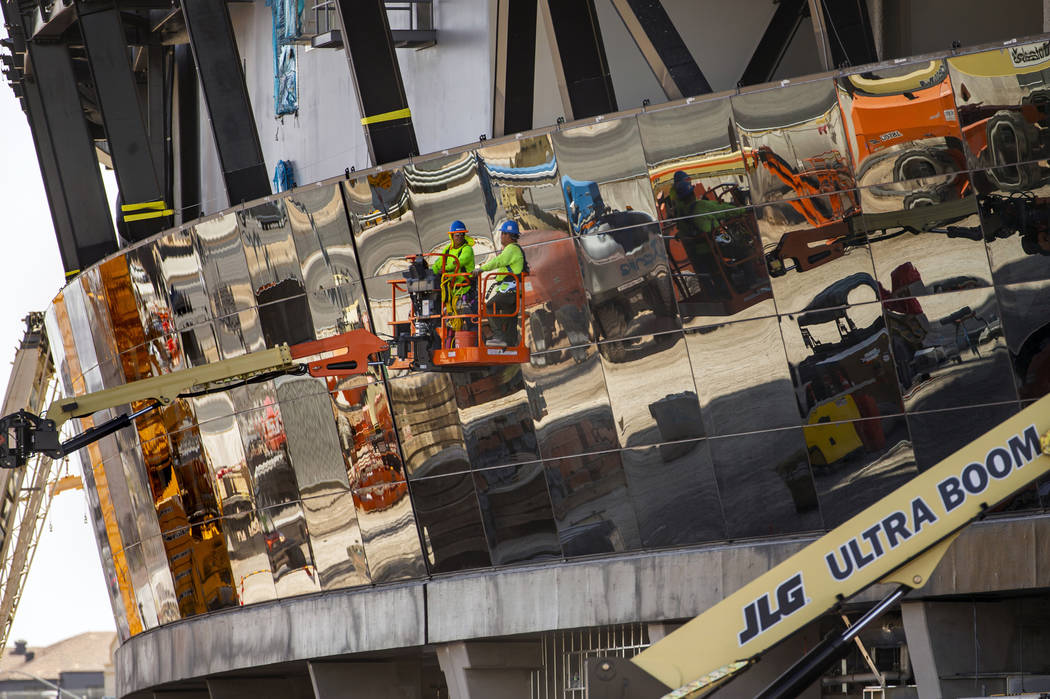 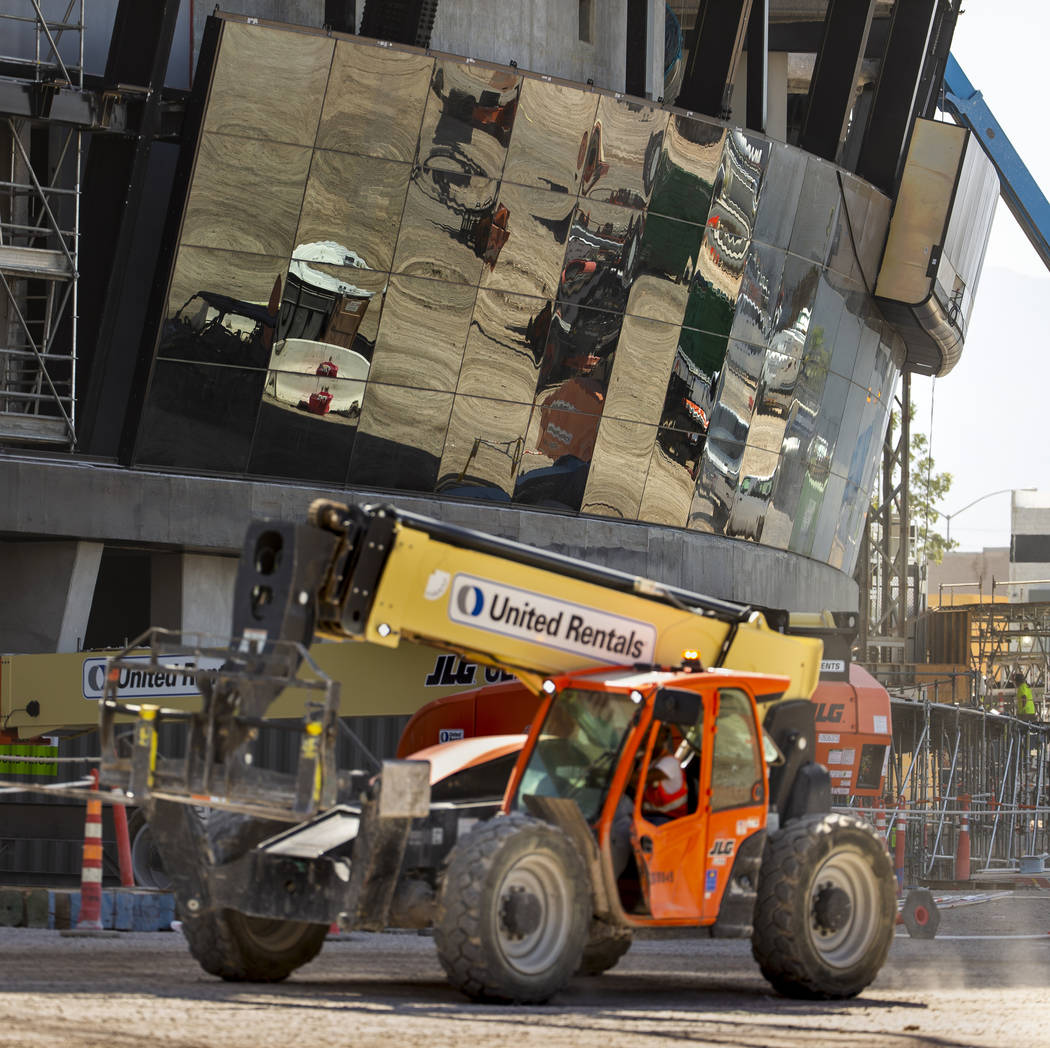 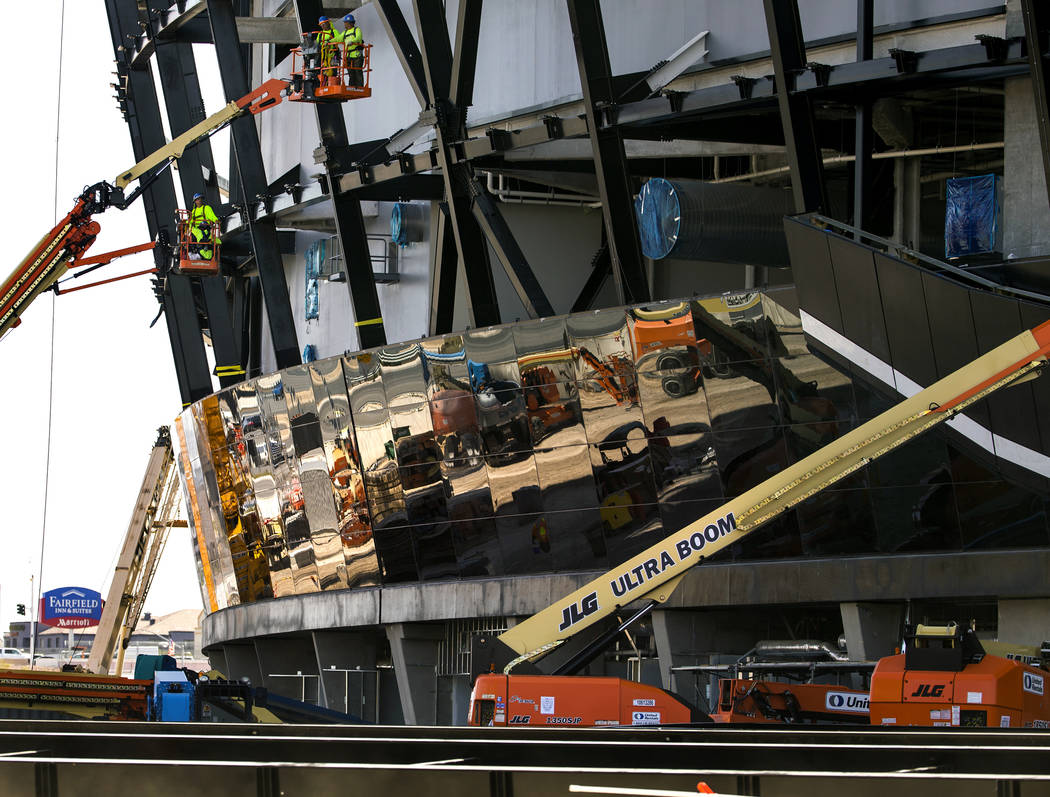 The steel skeleton mass that is Allegiant Stadium will begin to take a different look.

Glass installation on the outside of the $1.9 billion, 65,000-fan capacity stadium began last week, according to Raiders President Marc Badain.

Portions of the installed black glass are now visible on the side of the structure facing Interstate 15.

A timeline wasn’t provided by Badain, but Don Webb, chief operating officer for the stadium company, told the Review-Journal last month that the stadium wouldn’t be fully enclosed until next year.

The tinted glass is going to be be reflective in daylight, but passersby will be able to peek into the stadium at night when the interior lights are on.

The stadium is slated to be complete on July 31, where the Raiders and UNLV football will play their home games.

As work on the glass installation goes on outside the stadium, inside crews are at work preparing 100 stainless-steel cables that will hold up the roof, which will be made of a fluorine-based plastic known as ETFE.

The steel cables should be in place sometime next month, with the ETFE roof beginning to be installed early next year. A portion will be left open until March to allow for interior work to wrap up.

The roof is clear and will allow for day games to be naturally lighted.