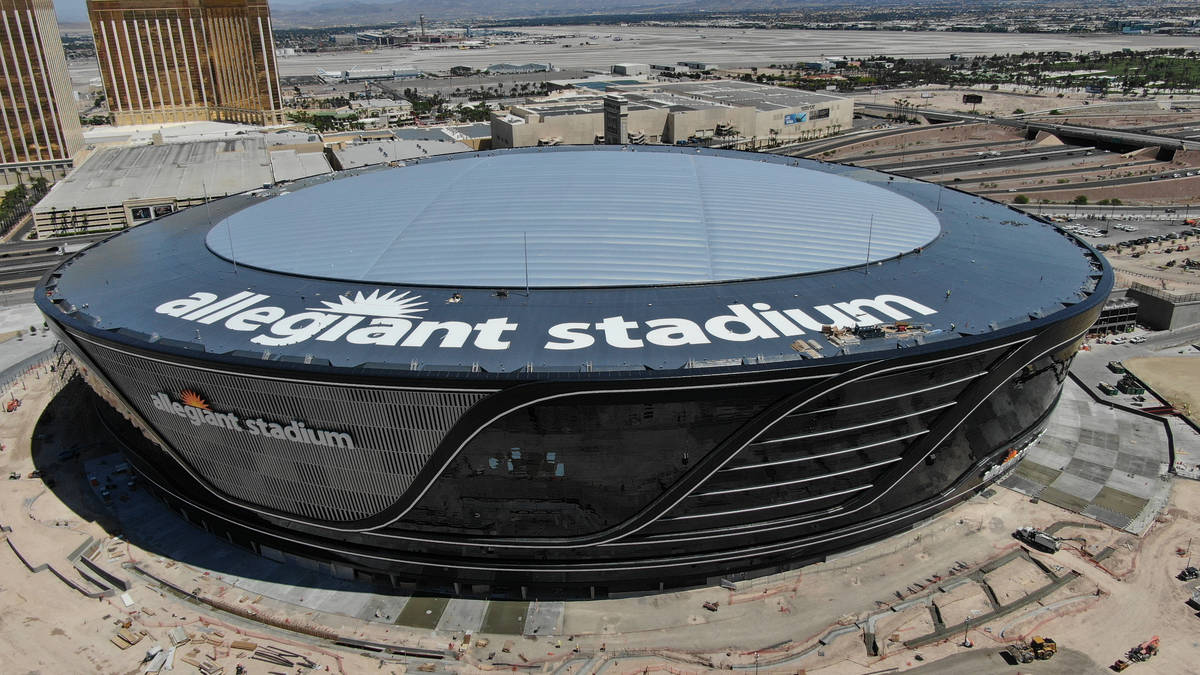 The Raiders’ proceeds from the sale of personal seat licenses at Allegiant Stadium continues to smash original estimates and has now climbed to $549 million.

Initial estimates by the team projected PSL sales would generate around $250 million.

When the PSLs sold out in January, the revenue generated by sales sat at $478 million. The new total provided at Thursday’s Las Vegas Stadium Authority board meeting revealed that number is still rising.

The $71 million increase from January is tied to seat holders who are on the various financing plans making payments, according to Raiders President Marc Badain.

All the proceeds from the PSL sales are being infused into the nearly $2 billion stadium now under construction.

New features such as additional suites, a 26,000-square-foot field-level club, upgraded fixtures and enhanced internet connection are among the upgrades the added revenue has allowed.

A PSL gives the person who purchases a specific seat in the stadium exclusive rights to buy Raiders home game season tickets thereafter. The PSL fee is due only once, but holders are required to purchase seats each season.

The Raiders’ PSLs ranged in price from $500 to $75,000 depending on the section the seats were located. About 60 percent of PSL sales were from buyers in Nevada and 40 percent from outside the state.

Around 7,000 fans who had season tickets in Oakland bought PSLs for Allegiant Stadium.

PSLs are tied to about 55,000 of the 65,000 seats in Allegiant Stadium, with the remaining seats comprised of suites and tickets retained by the Raiders for internal needs and visiting teams.

The excitement over the Raiders relocating to Las Vegas and moving into Allegiant Stadium has spilled over into the secondary ticket market.

Tickets to Raiders home games at Allegiant Stadium are top sellers on reseller sites such as SeatGeek, with average ticket prices going for over $600.