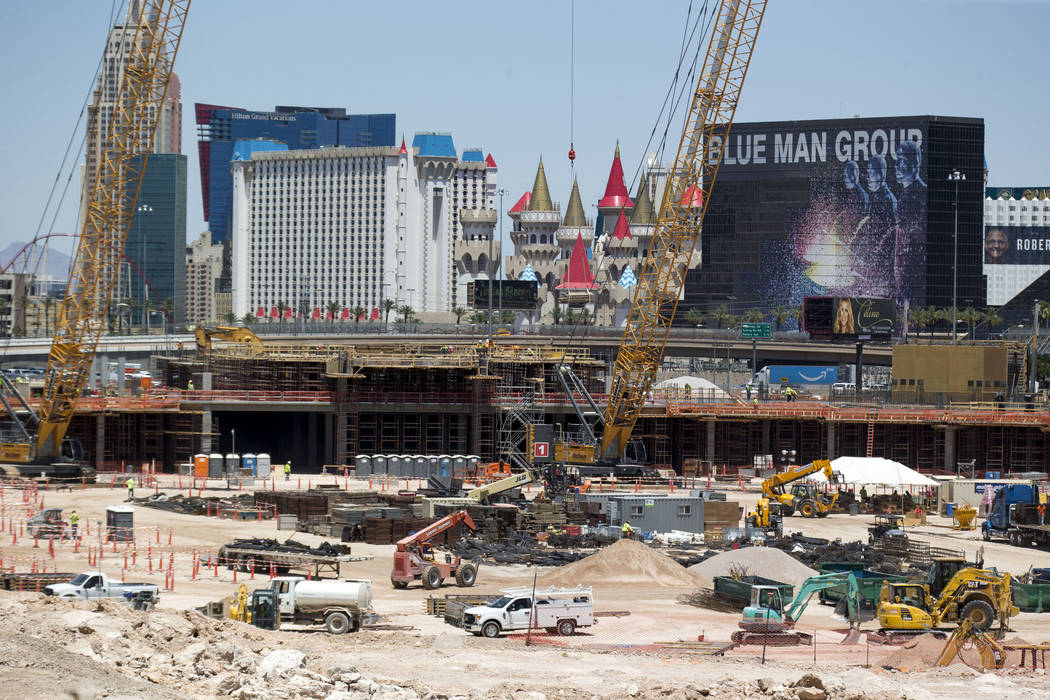 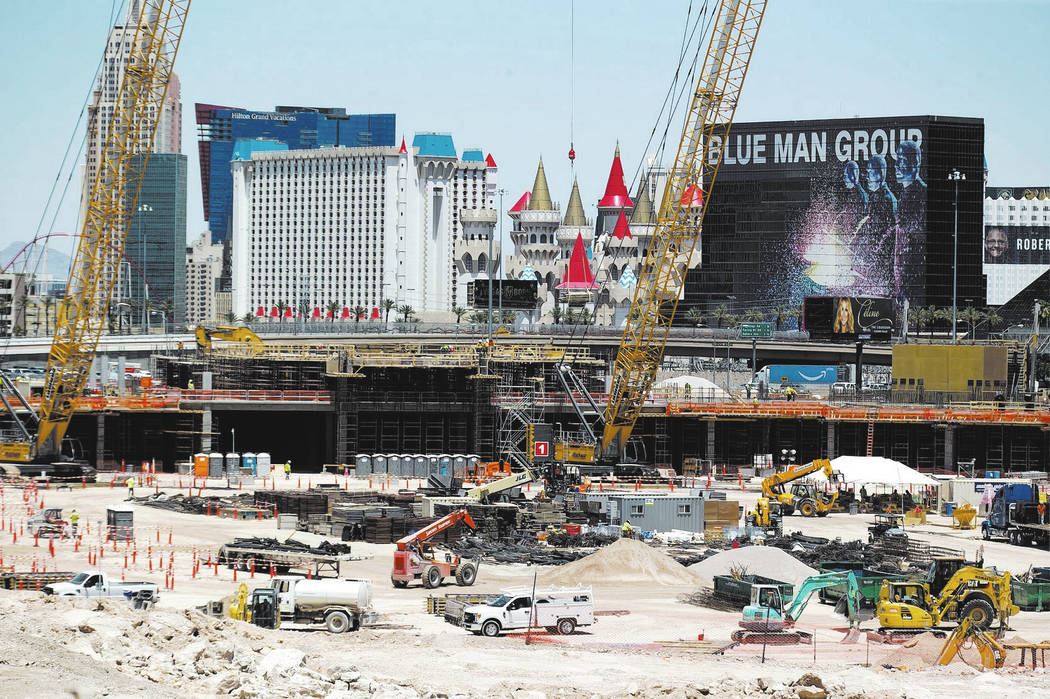 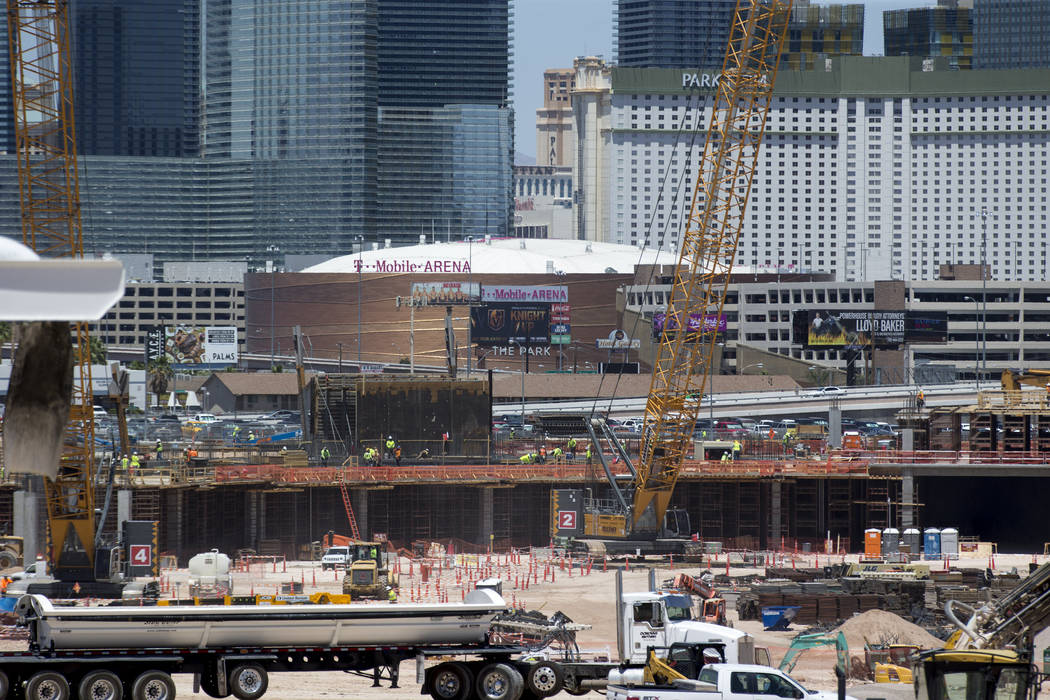 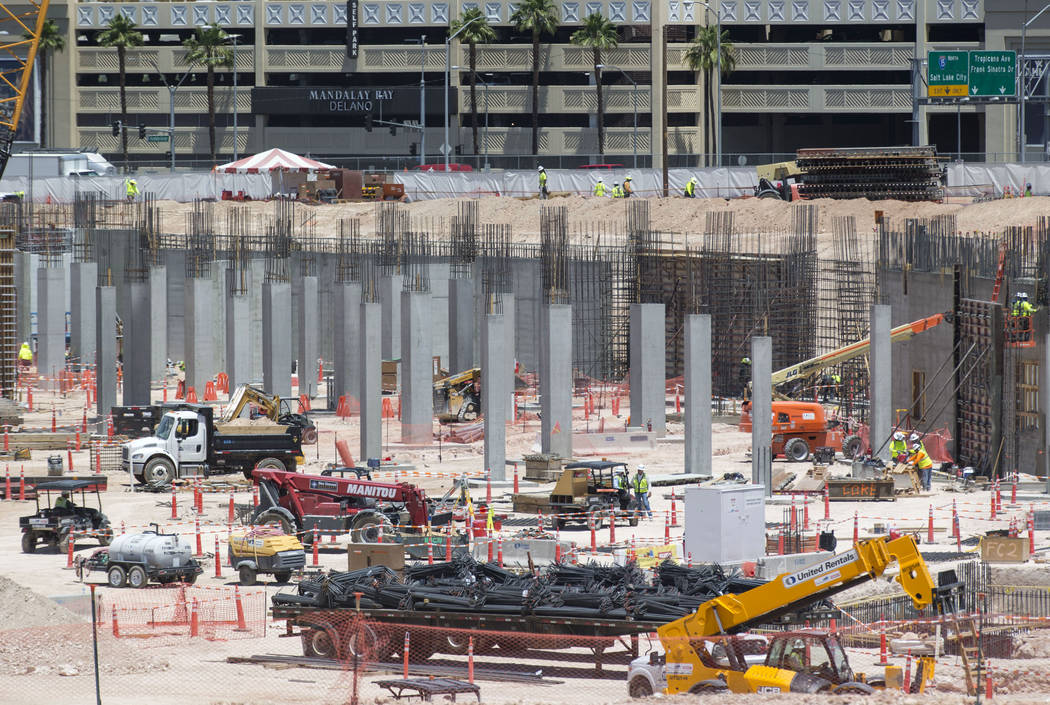 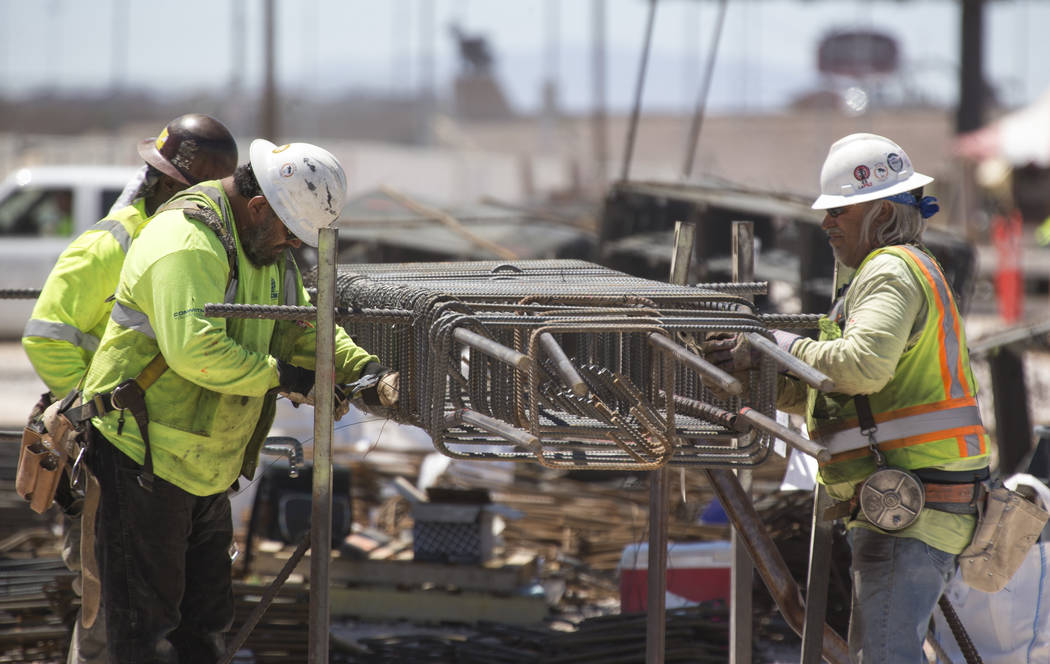 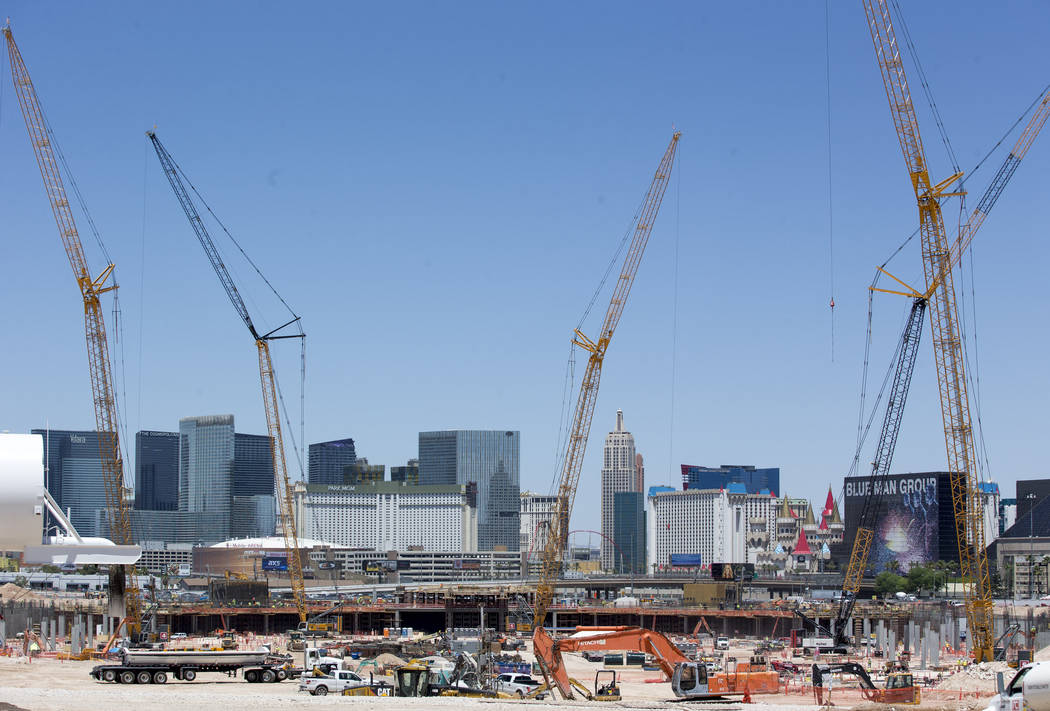 It’s fairly easy to see the progress made by the 450 construction workers who are on the site of the $1.8 billion, 65,000-seat indoor football stadium being built in Las Vegas by a subsidiary of the Oakland Raiders.

Just wait until there are 1,500 of them there when the project hits its peak next year.

As of mid-May, more than 11 percent of the concrete had been poured for the stadium in areas where 1 million cubic yards of dirt — more than 35,000 double truck loads — have been excavated.

More than 20 cranes, some capable of lifting more than 1,000 tons and reaching more than 600 feet high, will soon be on the site.

The Raiders recently reported the team has spent $172.4 million, 19 percent of its commitment, on the stadium project. Another $43.6 million, or 22 percent of the total commitment, has been paid by the NFL’s G-4 loan program, and $30.6 million, or 4 percent, of the public’s $750 million contribution has been spent to date.

The stadium is scheduled to be completed in two years, in time for the 2020 NFL and UNLV football seasons.