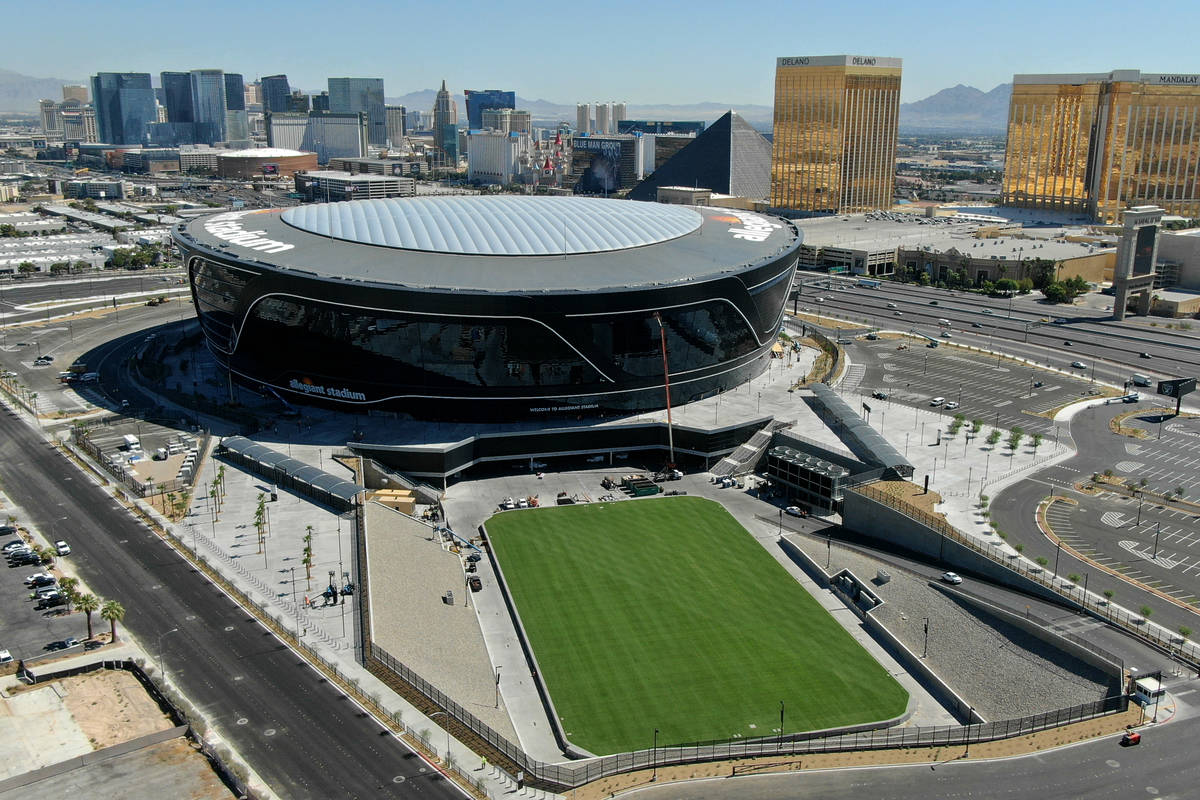 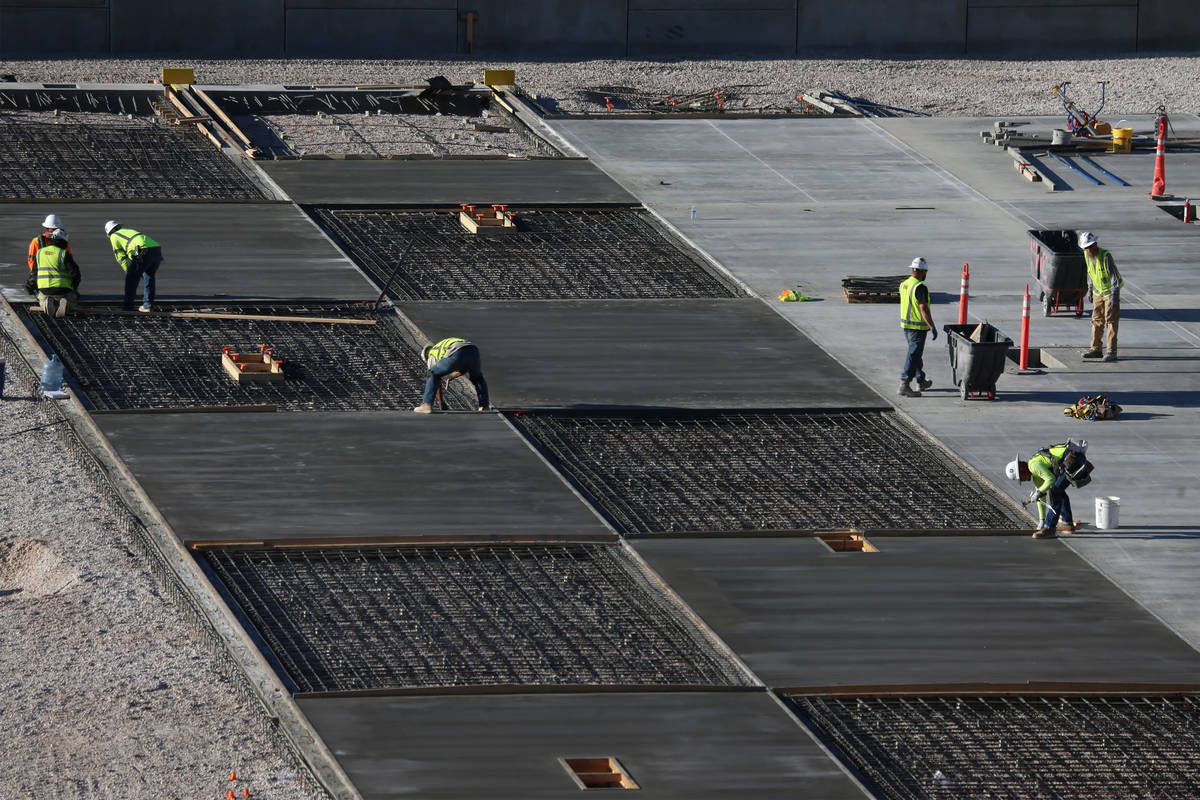 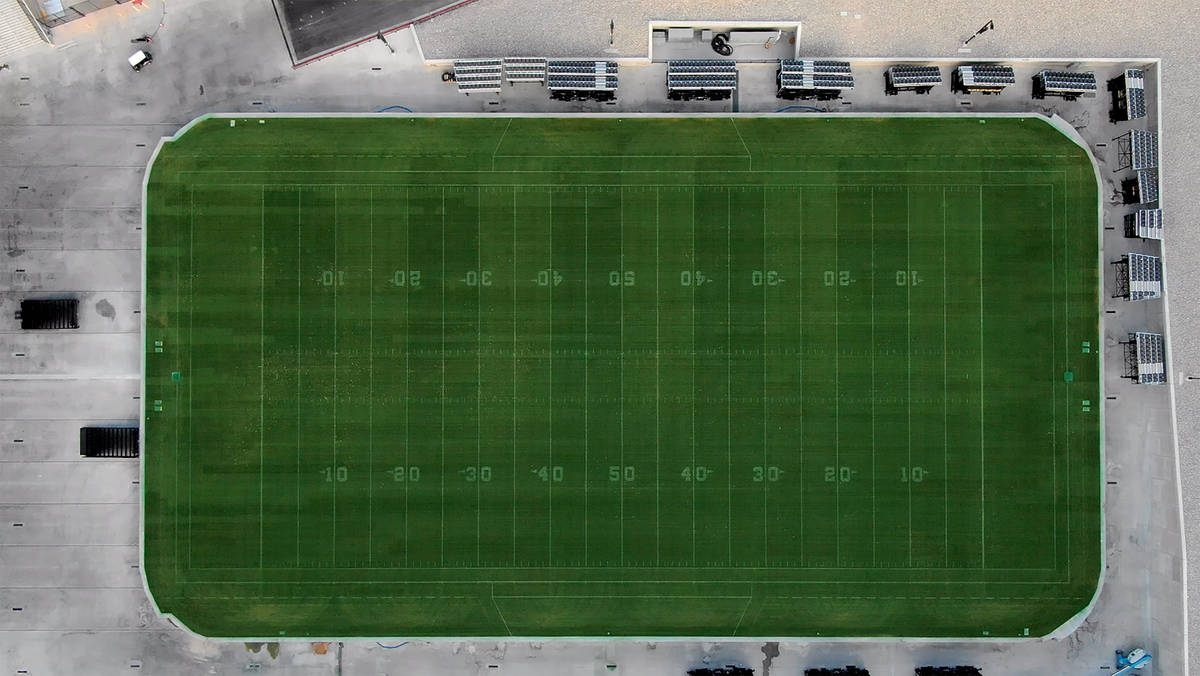 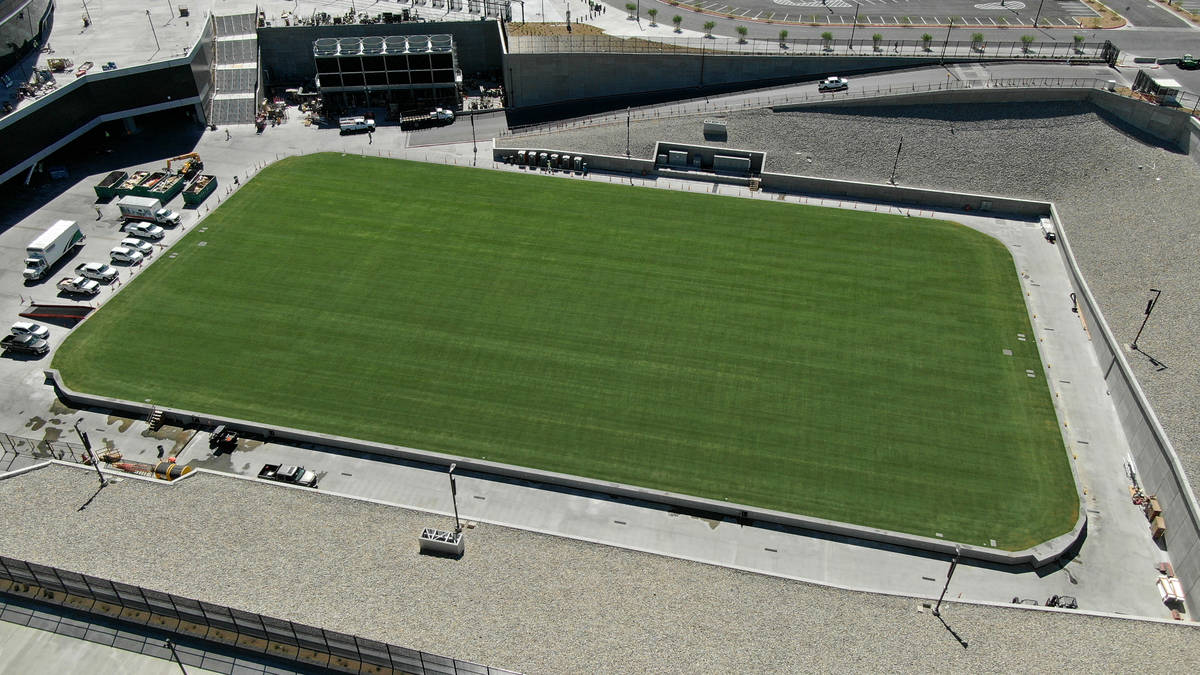 Aerial view of the 4-feet-deep, 9,500-ton natural grass field tray that the Raiders will play on inside Allegiant Stadium as seen on Wednesday, July 8, 2020. (Michael Quine/Las Vegas Review-Journal) @Vegas88s

One of Allegiant Stadium’s most unique features is the retractable field tray that holds the Raiders’ natural grass playing surface.

The 4-feet-deep, 9,500-ton tray will sit outside on non-Raiders game days to get the sunshine needed to promote grass growth.

It will be moved in-and-out of the stadium via 13 rails powered by 72 electric motors. Its journey will take it through a 14-feet-by-240-feet opening on the south end of the stadium.

It should take about 65 minutes to fully move the tray in or out of Allegiant Stadium.

Aside from the grass laid on top of it, the tray includes an irrigation system, a drainage collection system and a soil growth medium.

Plans call for the tray to be moved in 48 hours before game time to allow for proper set-up time.

Raiders owner Mark Davis insisted on the Raiders playing on a natural grass field, citing the historic nature of real grass and football.

The area outside the stadium where the field tray will sit when not in use will be utilized for pre-game festivities ahead of Raiders games when the tray and grass field are inside the building.