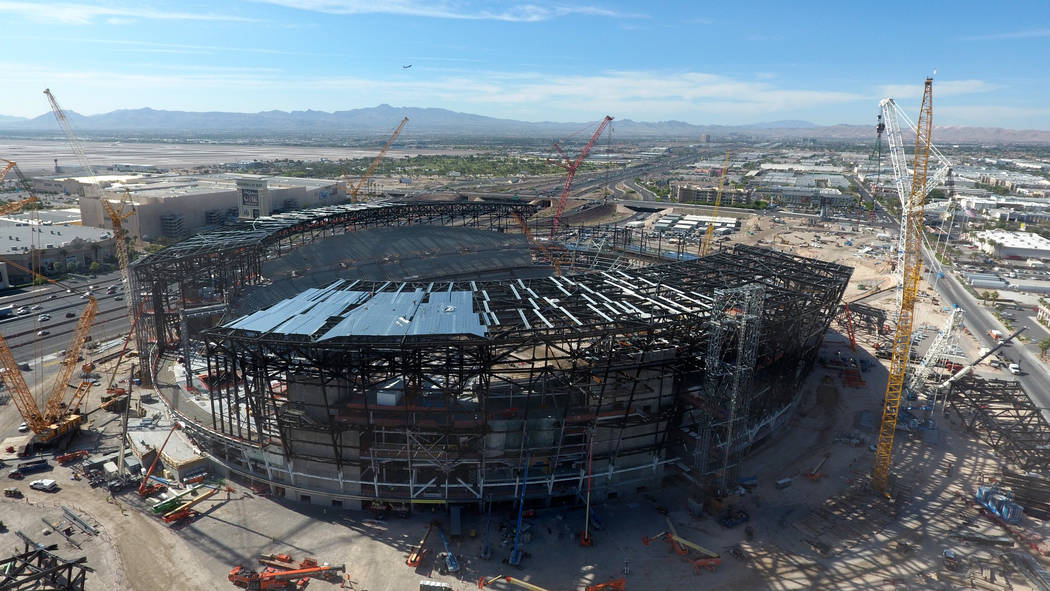 A subcontractor on the Las Vegas Stadium has filed suit claiming it is owed $2.8 million for work tied to the $1.8 billion, 65,000-seat stadium.

Though named in the court filing, Don Webb, the Las Vegas Stadium Company’s chief operating officer, said the dispute is between Merrill Steel and ADF, not any of the other entities listed in the lawsuit.

“This is a lawsuit concerning a dispute over payments claimed to be owed by a second-tier subcontractor to third-tier supplier,” Webb said. “It does not involve any claims concerning payments made or owed by the Raiders, StadCo or the Stadium Authority.”

The lawsuit claims that Merrill breached its contract with ADF by failing to pay it in a timely manner.

Webb said the work on the stadium tied to ADF has been completed and the dispute will not affect the steel erection work that is nearing completion.

No money from the Raiders or public would be in jeopardy due to the lawsuit, Webb said.

“The contracts associated with the work performed by the plaintiff require Mortenson-McCarthy and its subcontractors to fully indemnify the Raiders, StadCo and the Stadium Authority against such disputes,” he said. “Therefore no project funds or public money whatsoever are in jeopardy as a result of this dispute.”

Jeremy Aguero, a principal for Las Vegas-based Applied Analysis, which serves as the Stadium Authority’s staff, echoed Webb’s sentiments, saying the issue is between the contractors. Still, he wasn’t shocked to be included in the lawsuit.

“The public owns the project and the Stadium Authority is on the front end of that, so that doesn’t surprise me,” Aguero said. “In terms of putting the public funds at risk, it seems to be an issue between Merrill and one of the subcontractors, so I don’t have a concern about that.”

When reached for comment Friday, Fredrick Schwalbach, president of Merrill Steel, said he had no comment before hanging up. ADF and its legal representative Richard Peel were not immediately available for comment.

This is the second issue the stadium team has had with Merrill Steel. In March, the Wisconsin-based company recorded a mechanics lien against Mortenson-McCarthy for nonpayment.

The issue has since been taken care of, according to Webb.

Meanwhile, the steel work on the project forges ahead, with completion scheduled to occur in the next several weeks.

“We think the structural steel erection will be substantially complete by mid-August,” Webb said.