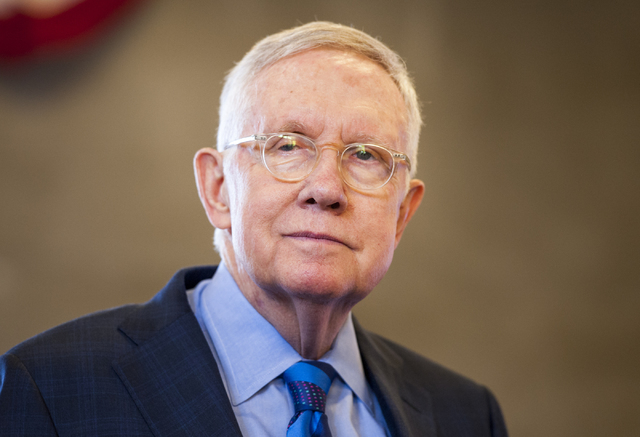 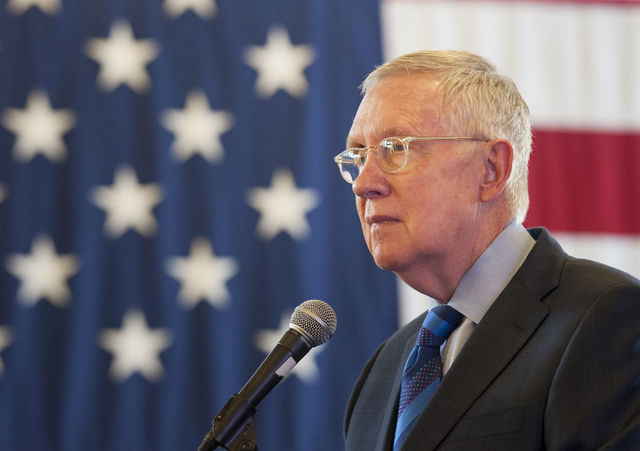 RENO — U.S. Sen. Harry Reid voiced support Tuesday for a proposed domed football stadium that could bring the NFL’s Oakland Raiders to Las Vegas, but he deferred to local and state officials when asked about the project’s financing.

The Nevada Democrat, who is retiring at the end of the year after 30 years in the Senate, was asked to weigh in on the stadium plan now under review by the Southern Nevada Tourism Infrastructure Committee. The public-private project is backed by Las Vegas Sands Corp., Majestic Realty and the Raiders and has an estimated price tag of between $1.7 billion and $2.1 billion.

The infrastructure committee already has recommended a $1.4 billion expansion and upgrade of the Las Vegas Convention Center.

As to the public financing being sought for the 65,000-seat stadium — up to $750 million, financed by a proposed increase in Clark County’s hotel room tax — Reid noted that, to his knowledge, no federal money would be requested.

“So I think you leave that to the state Legislature and state and local governments,” he said. “I know it’s in dispute. Would I like to have a professional football team, an NFL team? Of course. That would be great.”

The infrastructure panel’s nonbinding recommendation on the stadium is due to Gov. Brian Sandoval by the end of September.