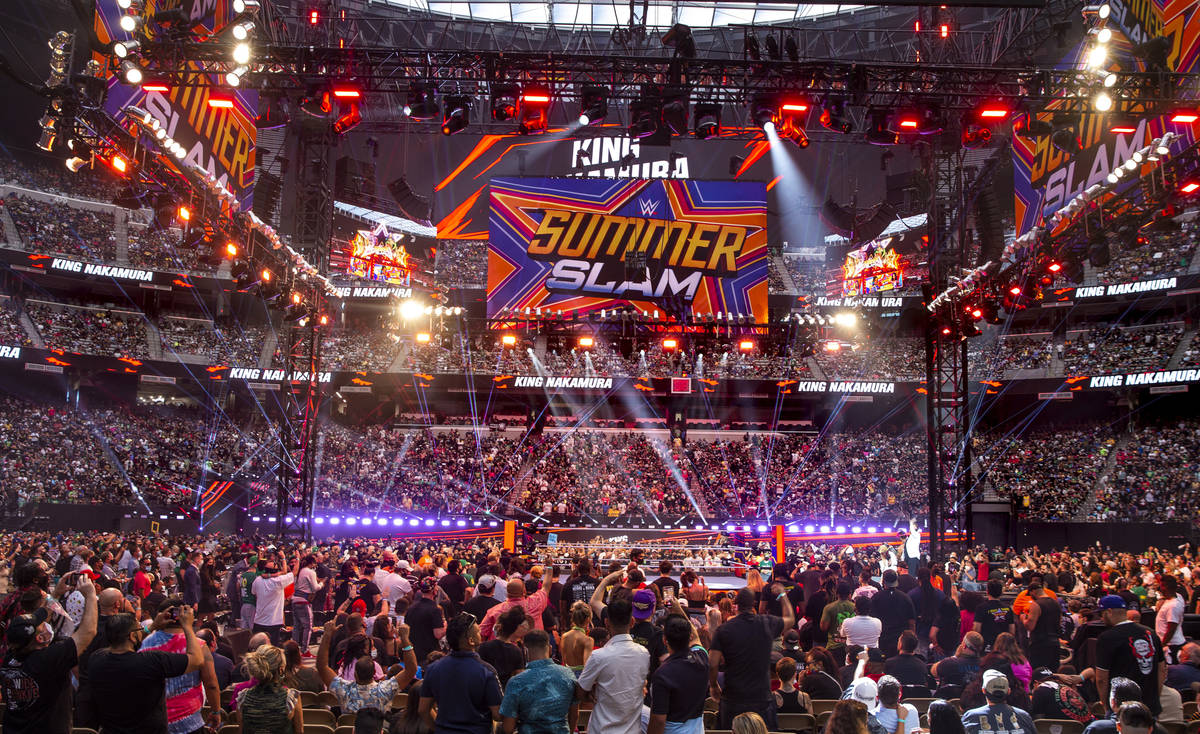 SummerSlam held Saturday at Allegiant Stadium was a smashing success, with the WWE saying it was the highest attended indoor edition of the annual event in its history.

The 51,326 announced sellout crowd was the largest indoor audience ever for the event, the company announced Tuesday.

Those fans came from all over the country, as the WWE said tickets were purchased by fans in all 50 states.

The live gate for the event was an all-time high, although an exact figure was not provided, but it was noted to be four times larger than SummerSlam 2019, the last time the event hosted a crowd. Merchandise sales Saturday were 155 percent higher than SummerSlam in 2019, the WWE’s statement said.

Aside from the in-person impacts, the event drew a seven-figure audience from around the world, making it the most-watched SummerSlam in history, the WWE said.

On social media the video clip of WWE star Brock Lesnar’s return to the ring garnered four million views on Instagram, making it the WWE’s most watched video ever on the platform.

The event didn’t go off without incident, as the crash of a third-party payment platform made stadium payment processor Shift4 unable to accept payments at the cashless venue. The issue resulted in fans not being able to buy concessions, though some fans were provided with free food and bottled beverages.

The company, Shift4, said third party partner TSYS was still looking into the cause of the nationwide outage.