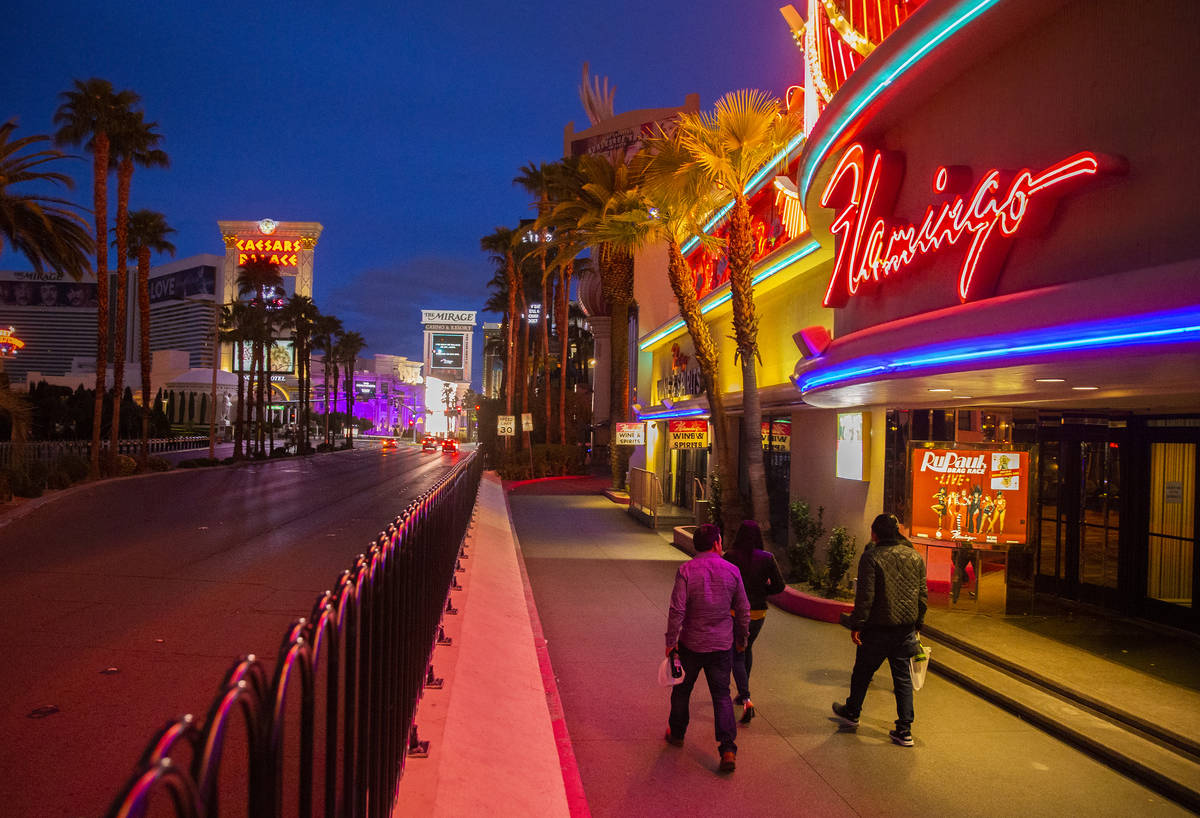 The Las Vegas Strip is largely empty after Gov. Steve Sisolak ordered a mandatory shutdown of most nonessential businesses in the state due to concerns over the spread of the coronavirus. Photo taken on Friday, March 20, 2020, in Las Vegas. (Benjamin Hager/Las Vegas Review-Journal) @benjaminhphoto

Nevada is on a long road to economic recovery as the state’s employment office reports slow job gains in September.

The Department of Employment, Training and Rehabilitation said the state added 3,400 jobs in September, but the number of jobs since September 2019 has dropped by 127,000.

“Employment has regained just under half of the more than 287,300 jobs lost from February to April, and the unemployment rate has fallen sharply since it reached a record high of 30.1 percent,” DETR Chief Economist David Schmidt said in a statement. “Although the labor market continues to improve, Nevada remains one of the states most impacted by the COVID pandemic.”

An estimated 13.2 percent of the state’s workforce was unemployed in August.