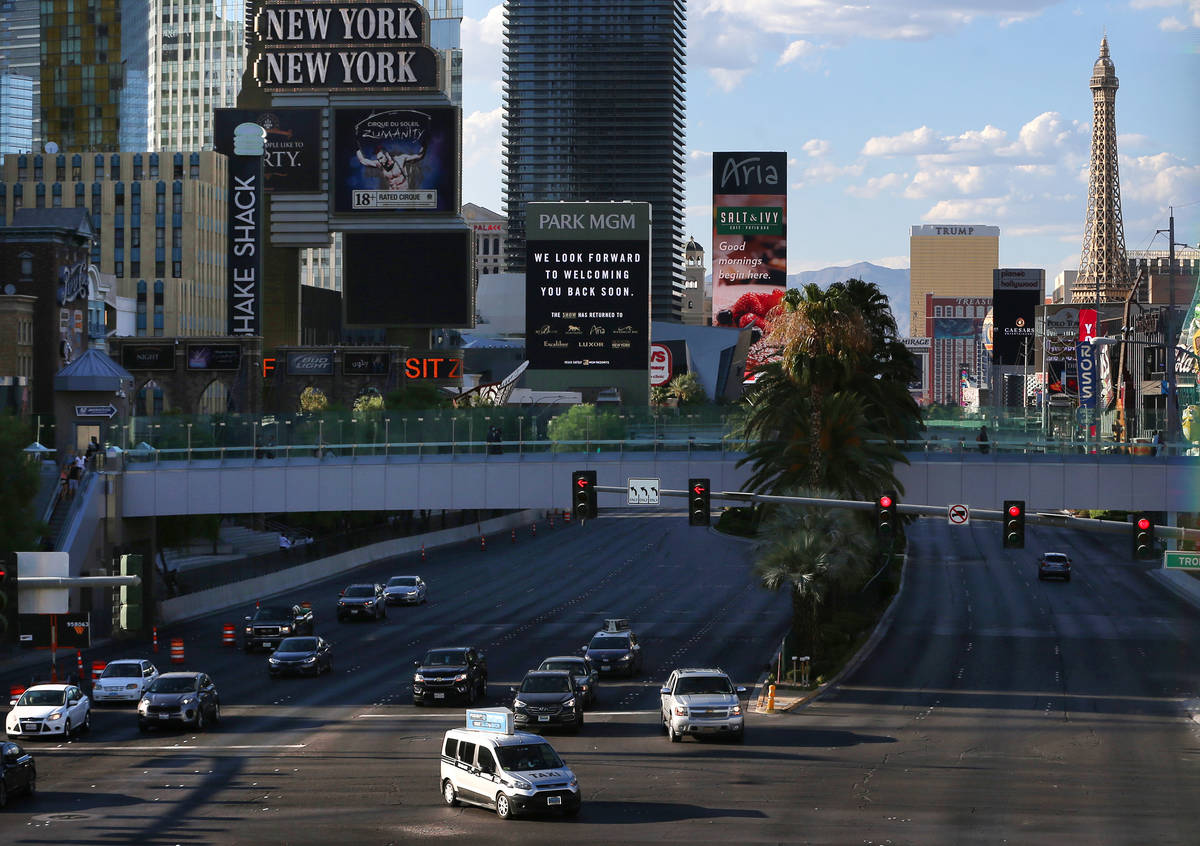 It’s going to take awhile for Southern Nevada to climb out of the deep financial hole created by the coronavirus pandemic.

Las Vegas economic analyst Jeremy Aguero predicted it may take 18 to 36 months for Southern Nevada to recover to a level of where it was before the virus began pummeling the region this year.

It was the 40th anniversary of the first Las Vegas Perspective event.

Aguero’s 40-minute talk focused on the difference between the coronavirus economic downturn and other economic calamities that have hit Southern Nevada. He said businesses, employees and consumers will respond differently than they did in other crises.

“The public health crisis has rapidly transitioned into an economic crisis,” Aguero said in his rapid-fire delivery style. “Our economy is in recession. Let’s have no doubts about that whatsoever as we talk about it.”

But he also said “not all recessions are created equal” and as a result, the recovery from the pandemic is going to be different from recoveries from the 9/11 and 1 October downturns and the Great Recession.

“During the Great Recession, 196,000 jobs were lost over 2½ years,” Aguero said. “In the pandemic, 280,000 jobs in just two months. We fell all the way back to where we were in September 2009. We lost a decade’s worth of employment growth in just a couple of months. This is dramatic.”

Aguero said that because of the pandemic, consumers are acting differently as well, and he said there are three distinct types of consumers, all of which should be marketed to differently.

“Some say we’re all overreacting to COVID-19: ‘Let me out now,’ ” he said. “Another says, ‘I’m going to come out when Dr. Fauci says it’s OK.’ And then, there are those that are going to stay in the bubble for as long as they can. These groups of consumers are different and they’re going to affect Nevada in different ways.”

Aguero said the well-documented struggle of airlines serving Las Vegas will continue to create challenges. He said the percentage of fly-in traffic to Las Vegas has grown to 49 percent and travelers simply aren’t interested in taking risks to fly.

The Transportation Security Administration estimates that there are 2 million fewer passengers going through security checkpoints every day now than prior to the pandemic, Aguero said.

While Southwest Airlines, the commercial air carrier that delivers the most passengers to Las Vegas, has promised to keep the middle seats on its Boeing 737s vacant through the end of October, thus assuring that planes could be just 67 percent filled, Aguero said Southwest generally begins making money when cabins are at least 75 percent full and “this isn’t something they’ll be able to sustain.”

The drive market is what’s keeping Las Vegas afloat, but Aguero warned that if infection rates rise, visitation patterns could be taken out of Nevada’s hands.

“If we look at where our visitors ultimately come from and we look at restrictions … about a third of states are ones that have specifically said if you come to Nevada, you can’t come back to your state without quarantining, this is a problem,” he said. “If California goes that route, we won’t have to worry about the government shutting down our economy. It’ll get shut down for us overall.”

That’s why Aguero said it is so important for the public to wear facial coverings to prevent the spread of the disease — to prevent further damage to the economy.

Another problem on the horizon will be more legal cases stemming from disputes between citizens, business, workers and customers.

It’s going to get worse into 2021,” he said. “We’ve got to prepare for caseload growth because I assure you that it is coming and we have to aggressively protect the interests of the state of Nevada.”

“Consumers are going to consume services differently than they did, not some of them but all of them,” he said. “Online sales will increase and there will be a decrease in store sales.”