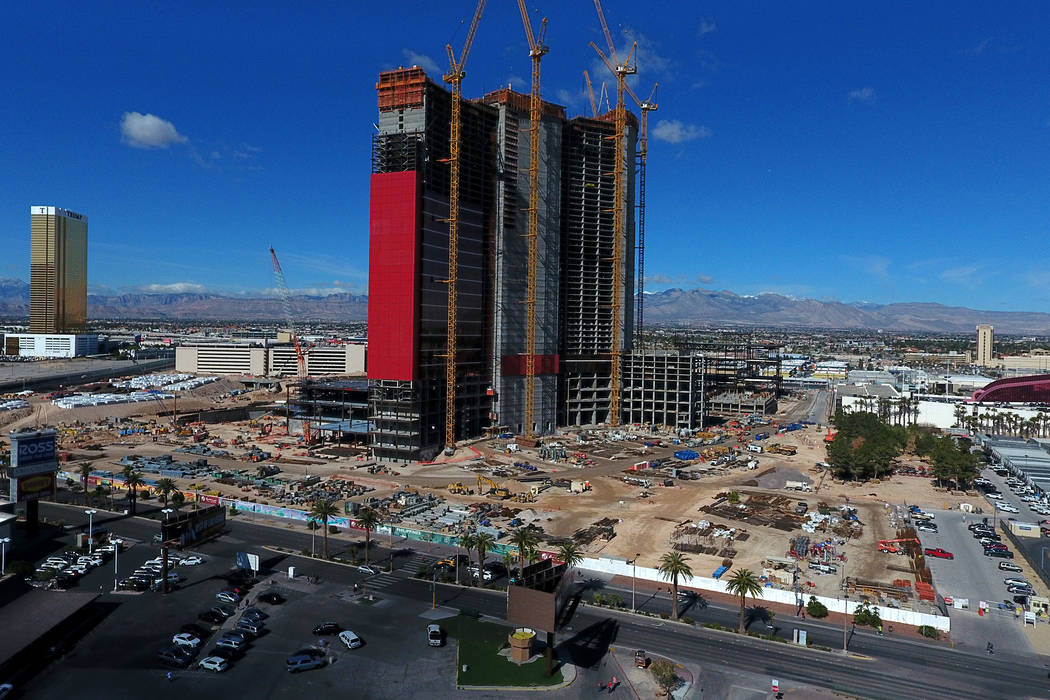 An aerial photo of the Chinese-themed Resorts World Las Vegas under construction on the former site of the Stardust, March 22, 2019. (Michael Quine/Las Vegas Review-Journal) @Vegas88s 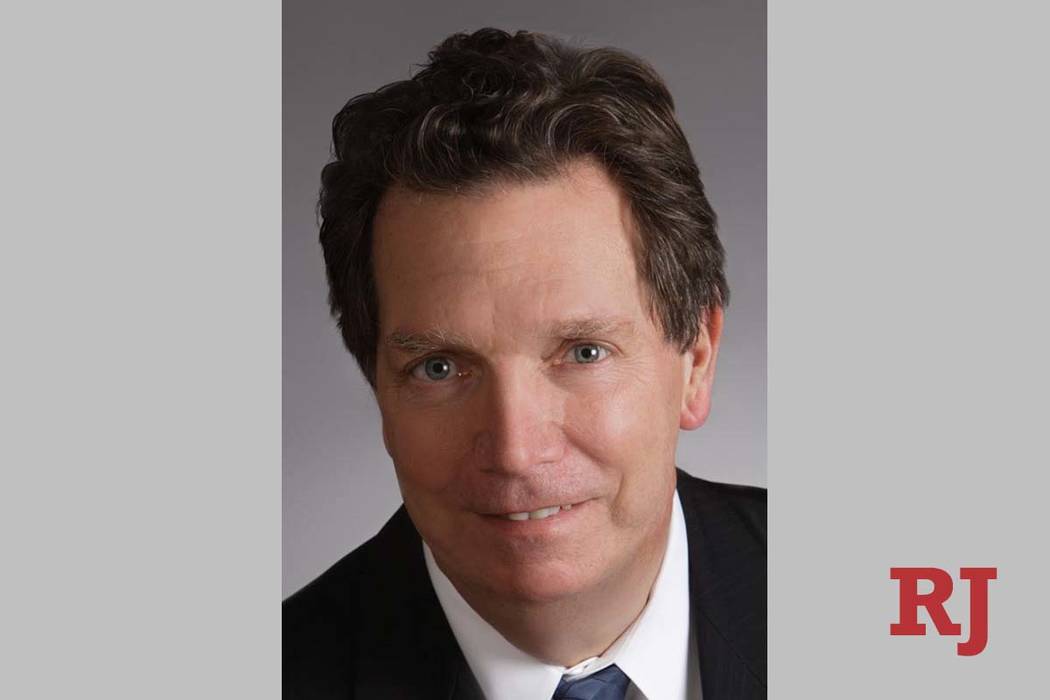 Casino owner Derek Stevens is developing Circa, the first newly built downtown resort in decades. On the Strip, Resorts World Las Vegas is years behind schedule but slated to open next year, and the blue-tinted tower Drew Las Vegas, formerly the Fontainebleau, is scheduled to open in 2022, after its owners previously penciled a late-2020 debut.

John Keeling, who boasts more than 40 years in the hotel business, is executive vice president of Valencia Hotel Group, a Houston-based developer and operator. He spoke about the industry Wednesday to the National Association of Real Estate Editors conference in Austin, Texas. A Las Vegas Review-Journal reporter moderated.

The interview has been edited for length and clarity.

How much of a threat does Airbnb pose to hotels, and does that depend on the city and type of hotel?

If you’re in a city that has a lack of availability and high rates, then it will have a larger impact — cities like New York, San Francisco, Miami, Chicago. The impact is typically during compression times, when there’s a major citywide convention, a Super Bowl, a Final Four, or here in Austin it might be South by Southwest. Typically during those times, hotels were able to charge extremely high rates. That ability is impacted by Airbnb. It’s not like an Airbnb participant puts his unit online every day. What tends to happen is they put it online during compression times because they know they can get high rates. One thing that’s happening is that increasingly hotels are using Airbnb as a source of business — Airbnb now allows you to book in certain independent-type hotels. They’re a curse and a blessing at the same time.

I know this is a broad question, but how is the hotel market doing around the country?

The hotel industry is actually doing quite well. If you look at the performance of the current upturn since the Great Recession, out of 110 months, 109 have seen increases in RevPAR, a measurement of revenue per available room. That one month was actually an aberration, and it was caused by one market, Houston, because of Hurricane Harvey. In the month following Hurricane Harvey, every hotel in south and southeast Texas was full of people whose homes had been flooded. A year later, that same month saw a huge drop in occupancy.

There’s been a lot of talk about a possible recession in the next few years. Is this something hotel operators are talking about and bracing for?

They are talking about it; it is a concern. Those increases in RevPAR are becoming less and less. We are setting records in terms of occupied rooms. People say we can’t go like this forever because typically every 10 years there’s a downturn. But if you look at the causes of downturns, in 2001 it was the Sept. 11 attacks. 2007 was one of the best years in the hotel industry, and then 2009 was probably the worst year on record — there were hardly any transactions because everybody was scared to death and didn’t know where the industry was going. Recoveries do not die of old age. There’s always something that causes that downturn.

Which cities are getting a lot of hotel construction right now?

New York hits the list every year, Miami is there, Atlanta has gotten on the list of cities with large increases in supply, and two small markets — Savannah, Georgia, and Charleston, South Carolina — are seeing about a 6% increase in supply. Nashville and Austin see regular increases in supply, but it’s matched by increases in demand. Nashville has got to reach its peak at some point, and I have been predicting Austin’s downturn every year for the last 30 years, and someday, I will be right.

In Vegas during the mid-2000s bubble, one of the big trends was to build or propose condo-hotels. Why did that go away, and are you seeing developers do that again around the country?

The condominium hotels — where basically every unit in the hotel is a condominium that you sell to investors — were a gift to lawyers. The common statement for the stages of a project was you find a site, you get your financing, you build your hotel, you sell it out, and you sit back and wait for the lawsuits. It’s become a very risky business, and so you generally are not seeing those. If they can’t get you on overpromising returns, very often they’ll look for real or imagined flaws in the construction.

Maybe talk a little more about the Great Recession. What were some other impacts the industry saw when the economy cratered?

There were some properties in real financial distress. You had businesses that weren’t traveling because they were cutting back; you had leisure that wasn’t traveling because they were concerned about their jobs and loss of wealth. I personally lost a lot of my net worth in 2009 from about four different ways to lose wealth. It was the perfect storm for me; it’s why I’m working at my age. It was a disaster for the country, it was a disaster for the industry, but the good news was it started to come back and it’s continuing to recover, even today.