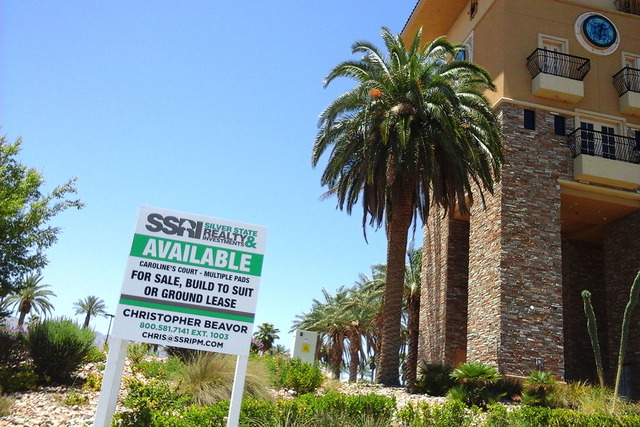 Last October, Durango I-95 LLC, a Los Angeles development company, purchased Caroline’s Court at the corner of North Durango Drive and North El Capitan Way for $14.5 million. The commercial center was left unfinished when the economy collapsed. (Special to View) 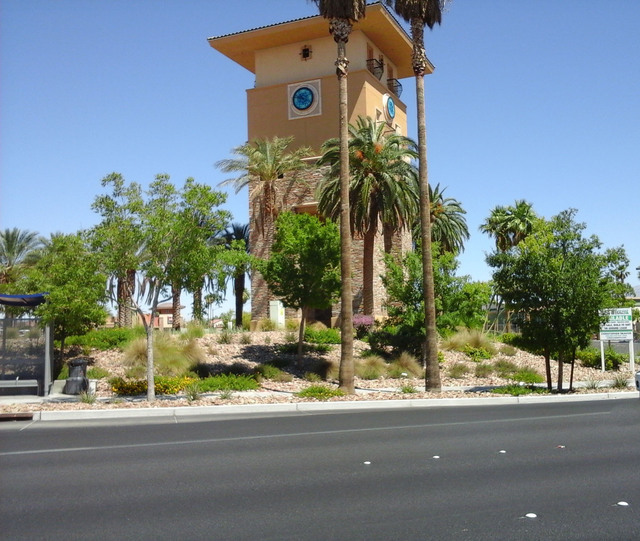 Last October, Durango I-95 LLC, a Los Angeles development company, purchased Caroline’s Court at the corner of North Durango Drive and North El Capitan Way for $14.5 million. The commercial center was left unfinished when the economy collapsed. (Special to View)

Caroline’s Court in the northwest area is experiencing an economic revival almost a decade after the Great Recession.

“Our economic driver indicated that there was a void in the marketplace and retail was on the increase,” said Chris Beavor, owner, developer and broker at Silver State Realty & Investments. “The northwest area has a family-oriented feel, and it’s constantly growing. It just made sense to invest in this area.”

Durango I-95 LLC is working with Silver State Realty & Investments and CAI Investment Series 1000, a development company, to complete and upgrade the project.

Although a Del Taco , a Jack in the Box and a multi-unit inline building occupied three pads in 2010, an additional seven pads were left undeveloped.

Project officials said the remaining pads are in pre-development, and talks are underway to find tenants for each space. Prospective tenants include a national fast-casual restaurant chain and big-box retailers, including a Meineke auto shop.

“This area has a high traffic count, and the proximity to neighborhoods and freeway access make it perfect for a convenience gas station and car wash service,” said Michael Park, principal of the C-store Gas Station Group, which plans to open next summer. “We anticipate that these areas will continue to grow.”

The development company also received approval for a 33,000-square-foot gym.

“We are in contact or negotiations with about 95 percent of the area,” Beavor said. “We have an array of suitors. Some possibilities include a federal credit union, car wash, major phone retailer and gas station.”

Officials say bringing retailers to fill the empty pads could create at least 200 jobs and $20 million of construction investment.

“We’re hoping to have the building with all of the tenants built out in 18 months, but we project construction can start as early as 90 days on some sites,” Beavor said.

He estimates more than 150,000 people are living within a 5-mile radius, and 76,800 vehicles pass through the intersection. He believes the location is fixed for success.

Once completed, Skye Canyon will feature 9,000 homes ranging from moderately priced single-family residences to luxury estates; officials estimate 15,000 to 25,000 people could occupy the homes, according to Beavor.

“There’s also Faraday Future and the economic stimulus of the Apex in North Las Vegas, which is set to bring thousands of jobs,” Beavor said.

Silver State Realty’s third-quarter report indicates that Caroline’s Court will tap a submarket in which residents’ income averages $74,200, and retail absorption is projected to reach 10.9 million square feet in 2016.

“This place used to be an eyesore because when one retail is vacant other retails follow, but we learned if you mix in the right tenants, they can all feed off of each other, and it will benefit the community,” Beavor said. “We’re excited to bring new energy to this center.”