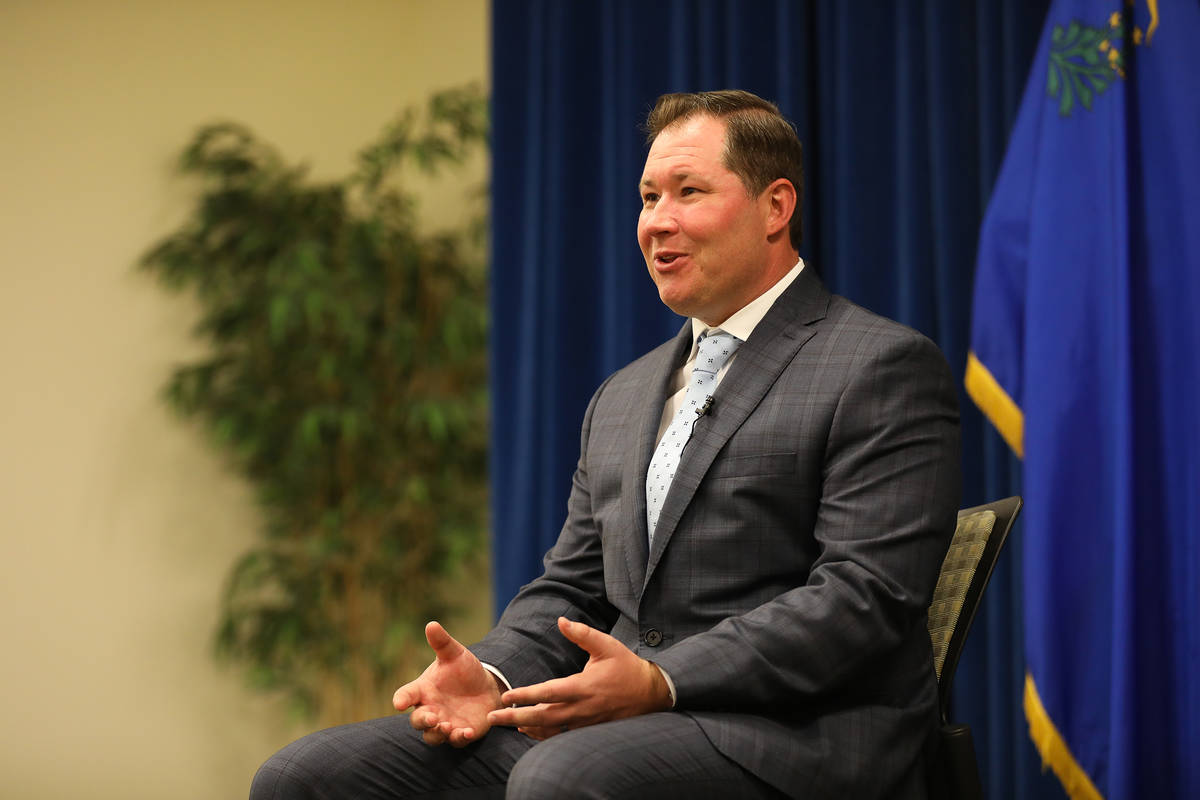 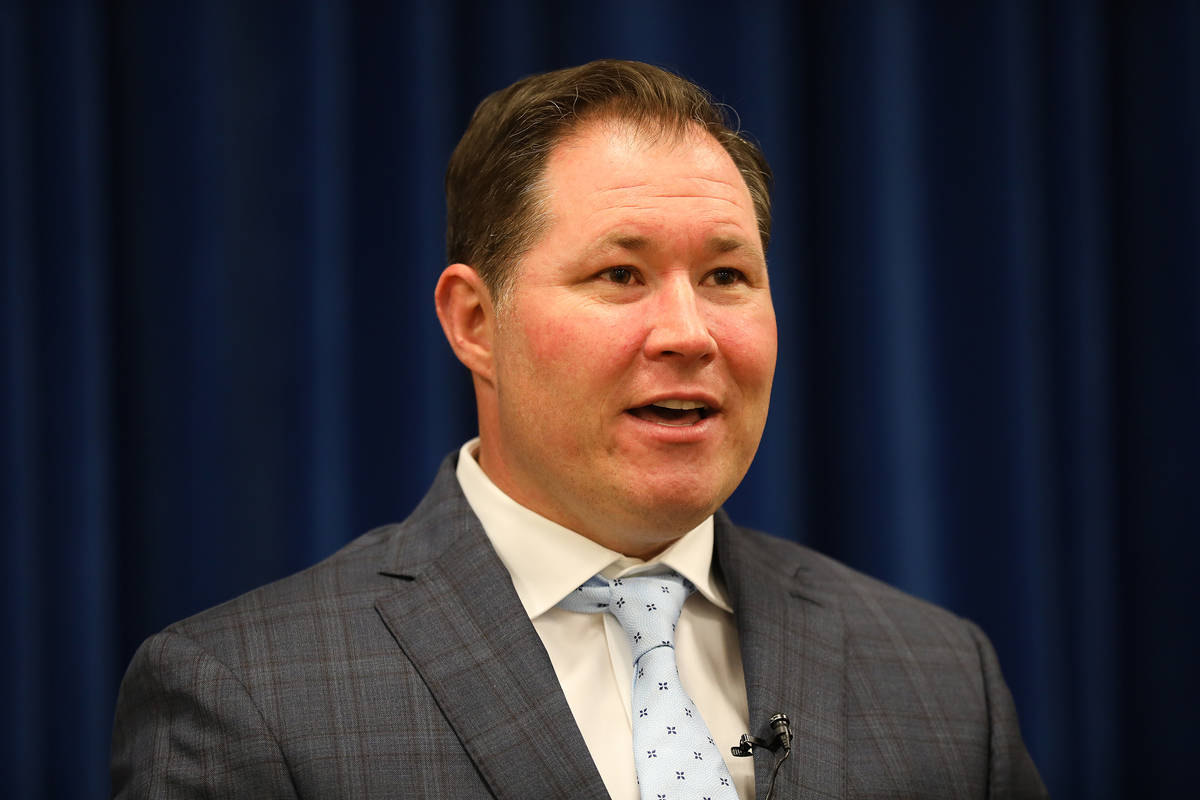 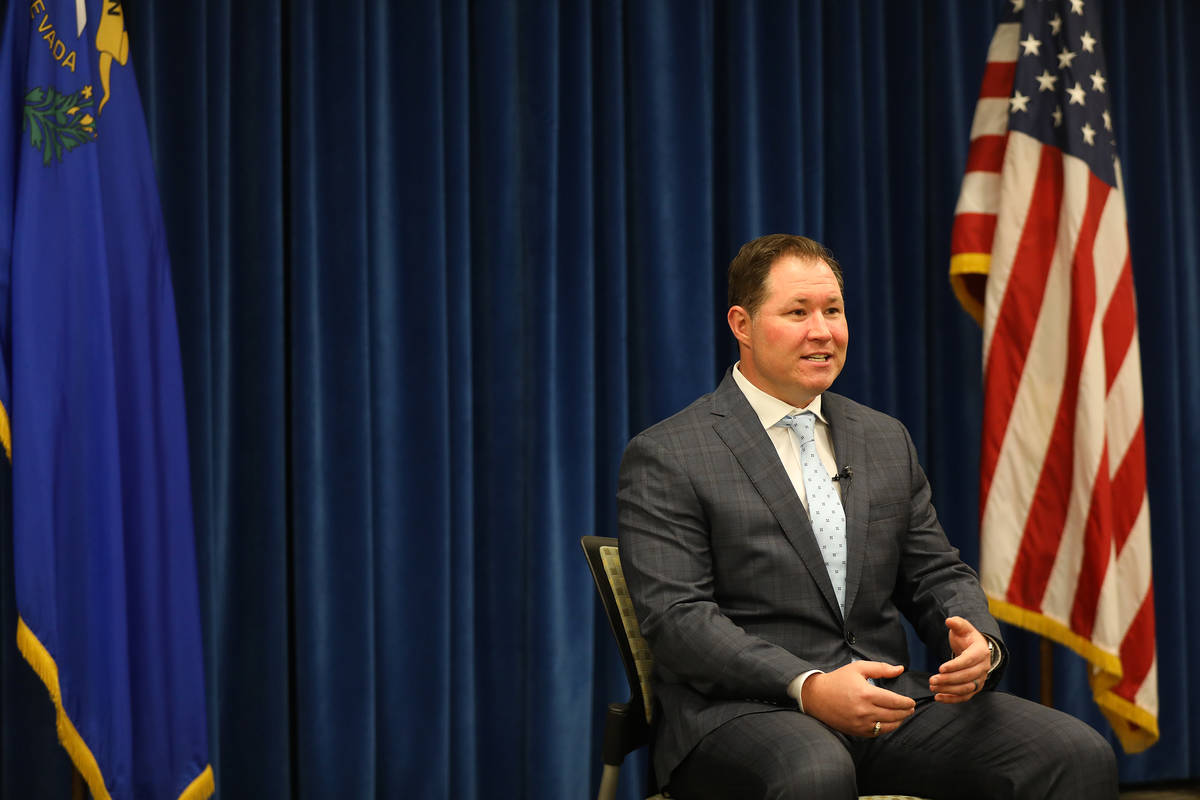 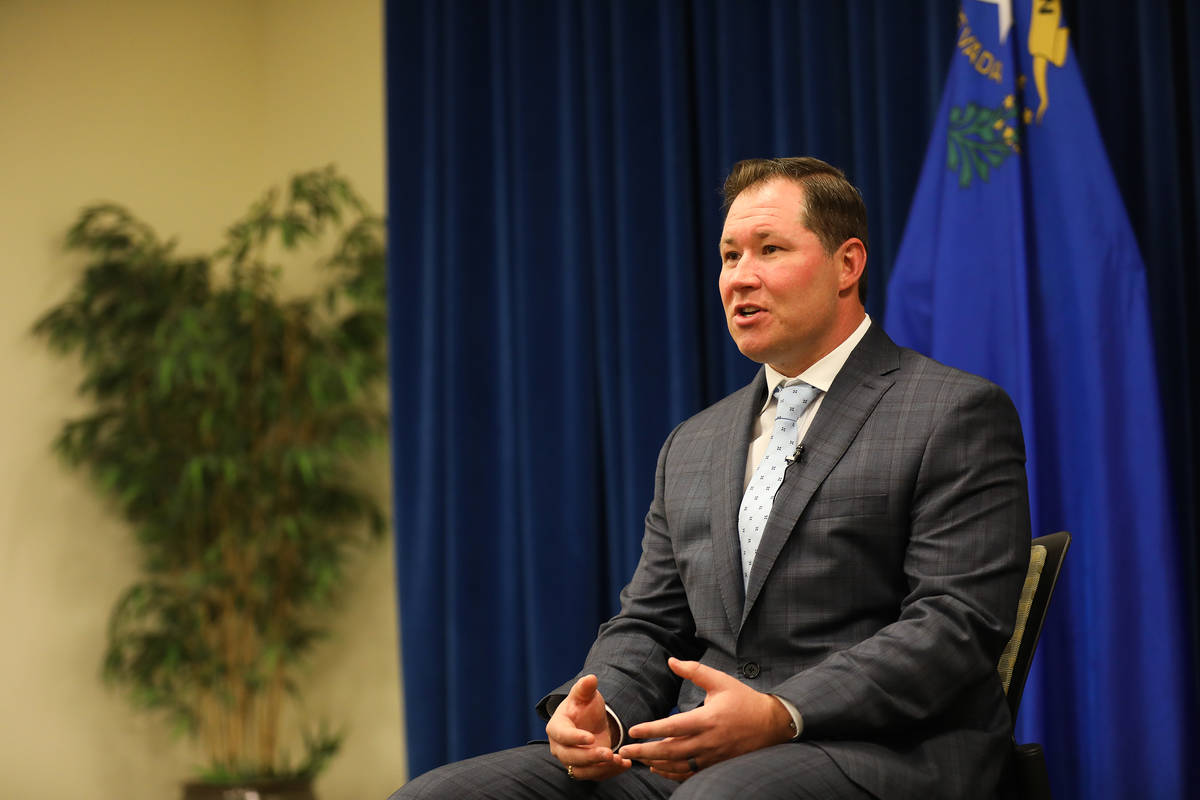 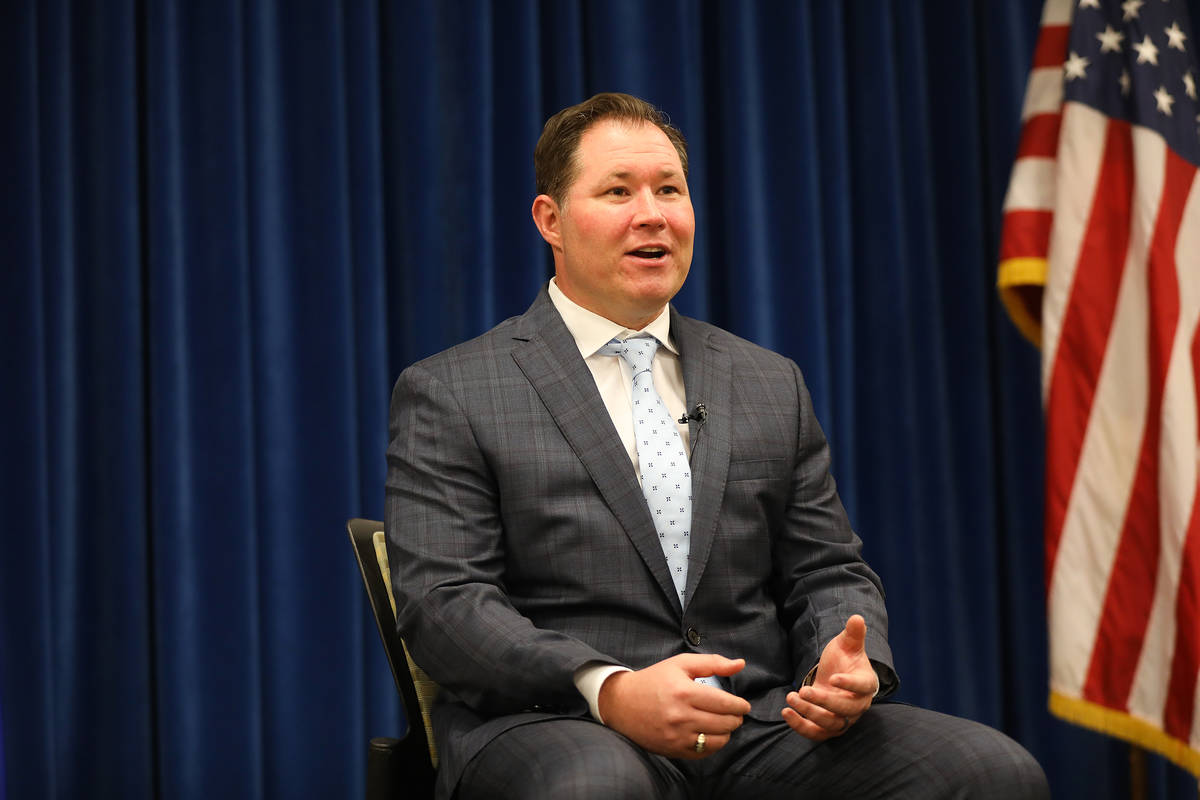 Five years after the Metropolitan Police Department’s animal cruelty unit started with two detectives, one of its founders, Detective Robert Sigal, is the only one left to handle about 100 cases a year.

The animal cruelty unit falls under Metro’s special victims unit, which also includes child and elder abuse and missing persons. Sigal assured the Review-Journal in a recent interview that he does get help from other officers in the unit when he needs it, but added that it takes a certain type of person to handle felony animal abuse cases.

“We have a special bond with animals,” Sigal said. “Anytime I’m able to go out each and every day and try to give the animal a second chance at life and get them another home, or sadly if that animal doesn’t make it, I’m holding the person responsible that committed that crime. … There’s no worse person than somebody that is going after somebody that can’t defend themselves.”

Sigal has been serving as the only animal cruelty detective since his partner left last year, he said, but federal money may help the department add a position by November.

Neither Henderson nor North Las Vegas police have dedicated animal cruelty units, so both use animal control officers from Clark County to assist.

Henderson police responded to 451 claims of animal abuse in 2019 and 410 in 2020, according to data provided by the agency. It could not provide details on how many of those calls were unsubstantiated or turned into cases.

North Las Vegas police investigated six cases of animal abuse in 2019 and 17 cases in 2020, according to data from the department.

On the other side of the country, in a city that has made 11 felony arrests on animal abuse charges this year as of Thursday, two Atlanta Police Department investigators said they’ve learned that people who beat animals don’t always stop there.

“When we suspect an animal is being abused in the home, we look at how are kids being kept, how spouses are being kept,” Detective Joseph Latosky said. “A couple times we had to notify our state about the children in the home.”

Sigal echoed Latosky’s words, saying that people who are prone to violence are likely to harm animals, people and the elderly.

“Somebody that’s willing to kick a dog that makes them mad is oftentimes going to do the same thing to their child or their spouse,” he said.

The Atlanta unit was founded in 2017 in response to a pit bull mauling that killed a boy and left a girl permanently disfigured. Latosky said the officer working for the animal cruelty unit initially served as a liaison to teach the city better practices to care for animals, like keeping dogs contained. It became clear that the city needed officers for criminal charges, and by 2020 he and his partner were called to 150 reports of animal abuse.

“Fulton County Animal Services can only write citations,” he said. “That’s where we fell into place. We’re more of an enforcement unit.”

On a national level, Mary Lou Randour, senior adviser for animal cruelty programs at the Animal Welfare Institute, said the nonprofit is celebrating newfound recognition from the FBI on animal abuse cases. After more than a decade of discussions with the institute, in 2016 the FBI allowed police departments to record animal cruelty in their crime data collections. Randour said the next step is educating 18,000 police departments nationwide that they should be collecting that data and dedicating officers to stopping animal cruelty.

“We have 30 years of empirical evidence from scientific studies that demonstrate a co-occurrence with animal abuse, child abuse, domestic violence and other crimes,” she said. “Because of that solid basis of research, we finally convinced the FBI to keep track of animal cruelty crime. It’s irrefutable that animal and human welfare are intertwined.”

Sigal said animal abuse cases often take time to build because of all the forensic evidence and a necropsy — which often takes weeks or months longer than an autopsy — needed to help determine whether the animal had broken bones or signs of internal distress.

On March 24, 30-year-old Leonel Torres of Las Vegas was arrested on a felony charge of malicious torture, maiming or killing of an animal after police tied him to the death of his pit bull in July.

The dog’s body was found near a trash can down the street from Torres’ house with duct tape around its mouth.

“While it seems like a very long time from the beginning July date to being in custody, a lot of things are happening behind the scenes that people don’t realize,” Sigal said of the case.

Detectives used a polygraph, a search warrant, forensic evidence of the tape found in Torres’ shed and conducted multiple interviews.

Gina Greisen, president of Nevada Voters for Animals, said she helps guide residents on how to report and document potential animal abuse cases in their neighborhood. And as she approaches the 10-year anniversary of the passage of Cooney’s Law in Nevada — making it a felony to mutilate, torture, maim or unjustifiably kill animals — Greisen is working with politicians on other laws to help protect animals.

Greisen said she fought for Metro’s dispatch to start transferring calls to police instead of animal control, which she feels encouraged the department to create the animal cruelty unit.

“Animal control has no training; they’re not cops,” she said. “What if this guy has kids? Are we going to wait until he kills a person before we arrest him and hold him accountable?”

Now, Greisen is pushing for anti-tethering laws and a proposal introduced by former Las Vegas City Councilman Stavros Anthony that would prohibit a person convicted of animal abuse from owning a pet for five years.

Randour, with the Animal Welfare Institute, said she hopes Nevada police departments will pick up their reporting, as the lack of data statewide makes it difficult for the institute to analyze animal cruelty trends and compare with other states.

The Animal Legal Defense Fund, which specializes in animal policies in the legal system, places Nevada 20th among states on its scale of animal protection laws. David Rosengard, a senior staff attorney with the organization, explained that although the state includes animals in protection orders, the legal statutes for animal care aren’t well defined.

Additionally, Rosengard said, veterinarians are not required to report possible animal abuse and there is no provision in the law for forfeiting an animal someone is accused of abusing. Nevada is one of 16 states that do not have a preconviction forfeiture law, according to the ALDF.

“There’s a uniqueness to animals that’s legally relevant. Being an animal legally matters,” Rosengard said, citing that the law considers an animal as property. “We don’t have mandatory reporting for any other kinds of property. The law is thinking of animals as property and not living creatures that experience pain, joy, fear.”

As Sigal sets his sights on retirement in a few years, he said he’s looking to pass on his skills to other detectives. Many of his former partners in the animal cruelty unit have since retired.

“I have some of the most experience of anybody in our state because of the ability I’ve had to investigate them for so long and the extra training I have,” he said. “The goal is not to hoard that information. It doesn’t do society any good to have limited numbers of people with it. … Animal cruelty is not going to end when I go to another unit or retire.”