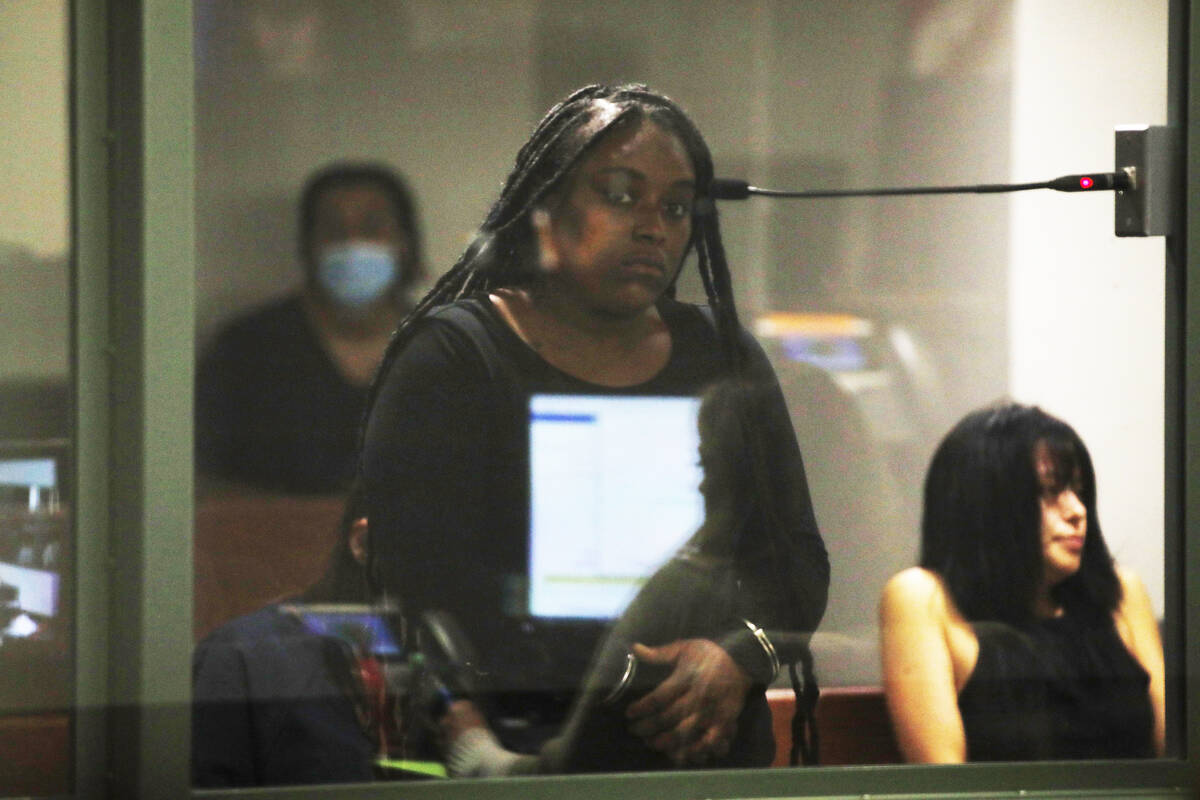 Mykael Terrell during her initial appearance on Thursday, Dec. 29, 2022, at the Regional Justice Center in Las Vegas. Terrell was arrested in connection with a fatal hit and run on Wednesday.(Amaya Edwards/Las Vegas Review-Journal) @amayaedw5 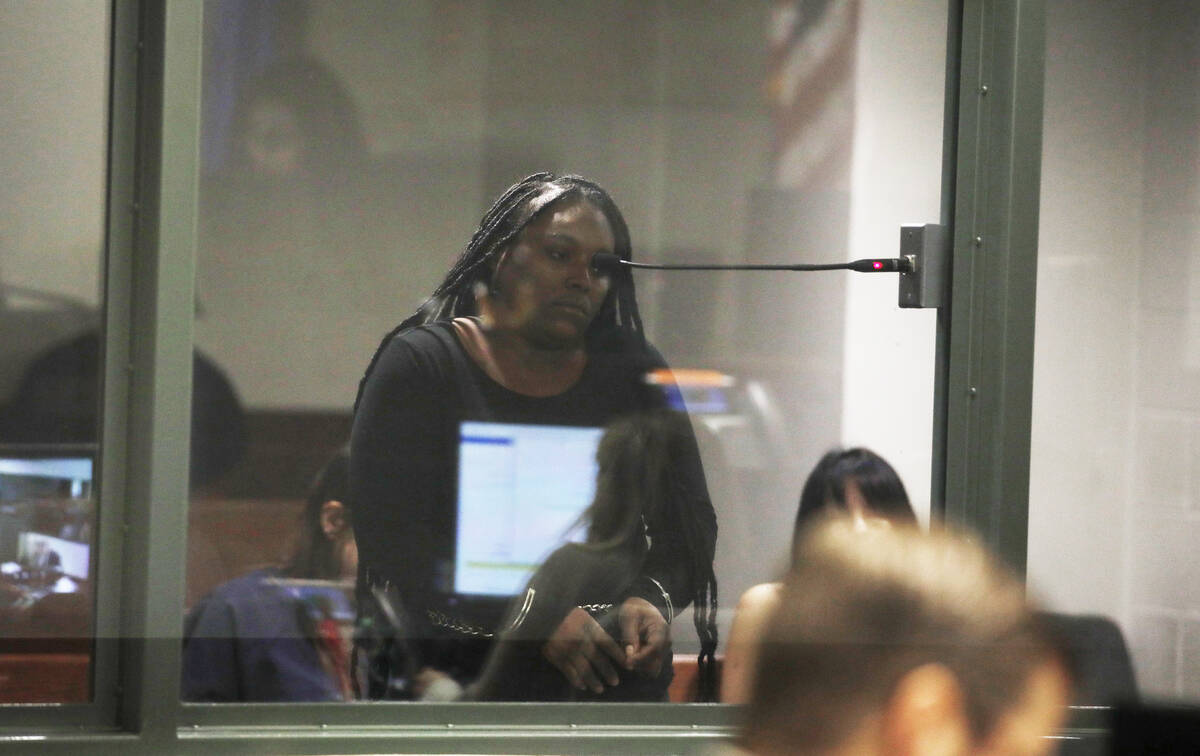 Mykael Terrell during her initial appearance on Thursday, Dec. 29, 2022, at the Regional Justice Center in Las Vegas. Terrell was arrested in connection with a fatal hit and run on Wednesday.(Amaya Edwards/Las Vegas Review-Journal) @amayaedw5

A judge ordered a DUI suspect to be held on $100,000 bail Thursday, less than 24 hours after a hit-and-run crash killed two pedestrians in downtown Las Vegas.

Mykael Terrell, 28, was arrested and booked into the Clark County Detention Center on two counts each of DUI resulting in death, reckless driving resulting in death and leaving the scene of a crash involving death, court records show.

A 44-year-old man and 51-year-old woman were killed in the crash on Wednesday near the Fremont Street Experience.

The Metropolitan Police Department said that about 7:40 p.m., a GMC Acadia struck the pedestrians before leaving the area. The man died at the scene, and the woman died at University Medical Center.

During a court hearing Thursday, Justice of the Peace Pro Tem Holly Stoberski made the bail ruling. If released on bail, Terrell will be placed on high-level electronic monitoring and will be ordered not to drive.

Chief Deputy District Attorney Tyler Smith argued that bail was necessary because of the seriousness of the crime. Smith also said Terrell was convicted in 2016 of assaulting a police officer in Michigan.

“This defendant has shown herself to be a danger to this community based upon her behavior in this case and the reckless manner in which she was driving and the fact that she was intoxicated,” Smith said.

Deputy Public Defender Marissa Pensabene argued for Terrell to be granted a bail of $2,000 or less. She said Terrell, who is a single mother working as an account executive at a local internet company, has a “limited” criminal history with no arrests in Nevada.

Further information about her arrest was not available. The judge ordered Terrell to appear in court again on Wednesday.

The crash near the Fremont Street Experience was the second fatal hit-and-run on Wednesday evening. About 6:30 p.m., a 50-year-old man crossing Boulder Highway near East Russell Road was struck by a vehicle that then left the scene, police said.

The man died at the scene, and the driver had not been identified as of Thursday. Witnesses described the vehicle as a midsize silver or light gray SUV.