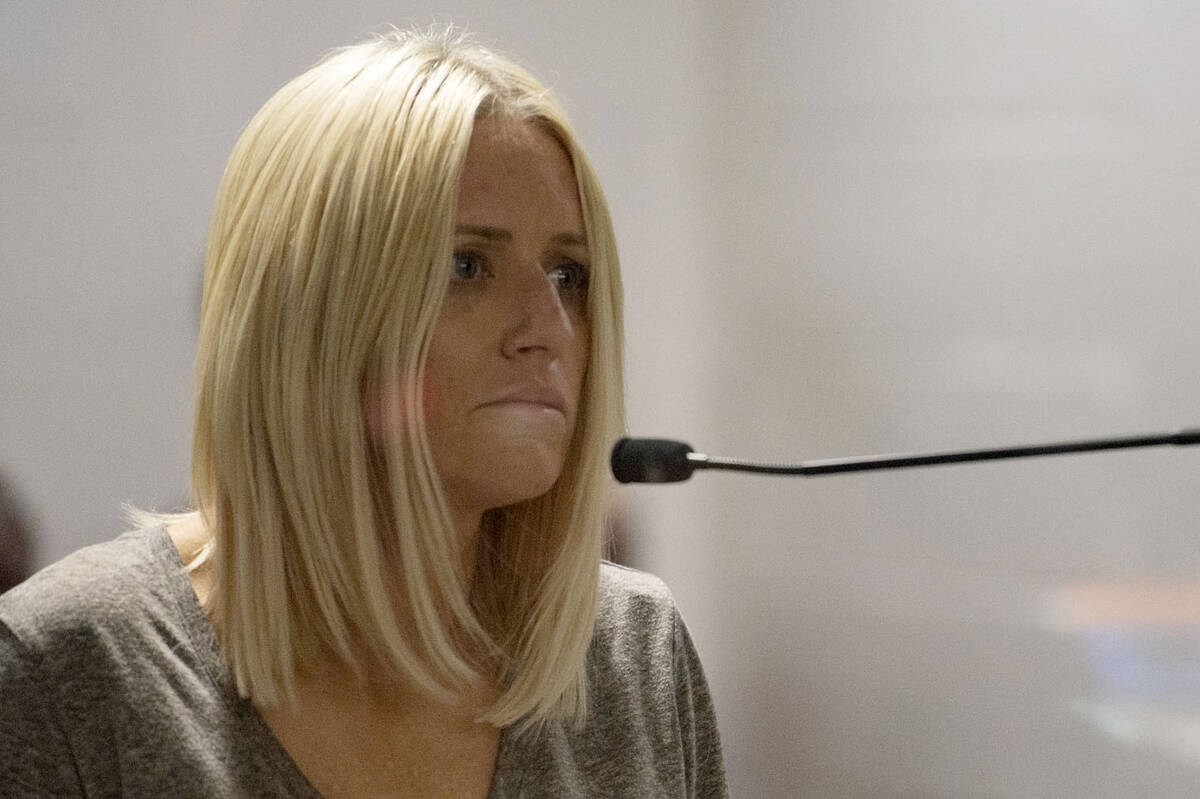 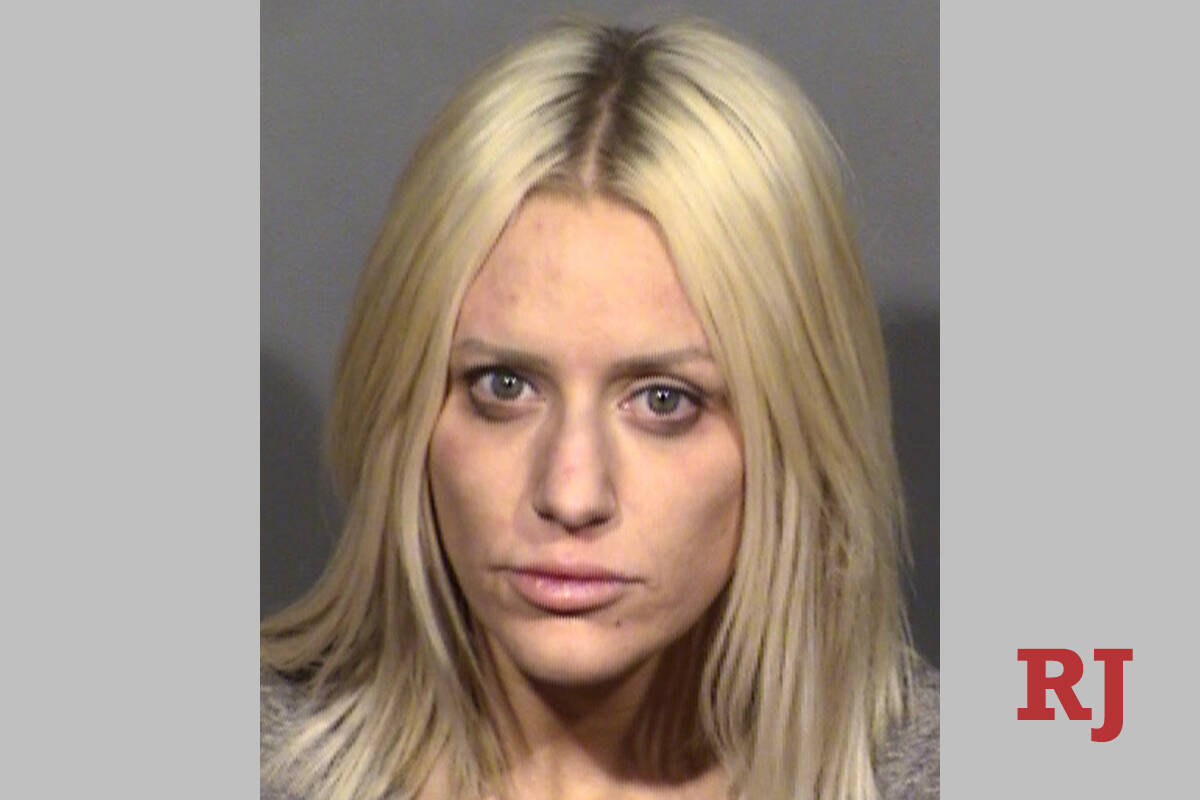 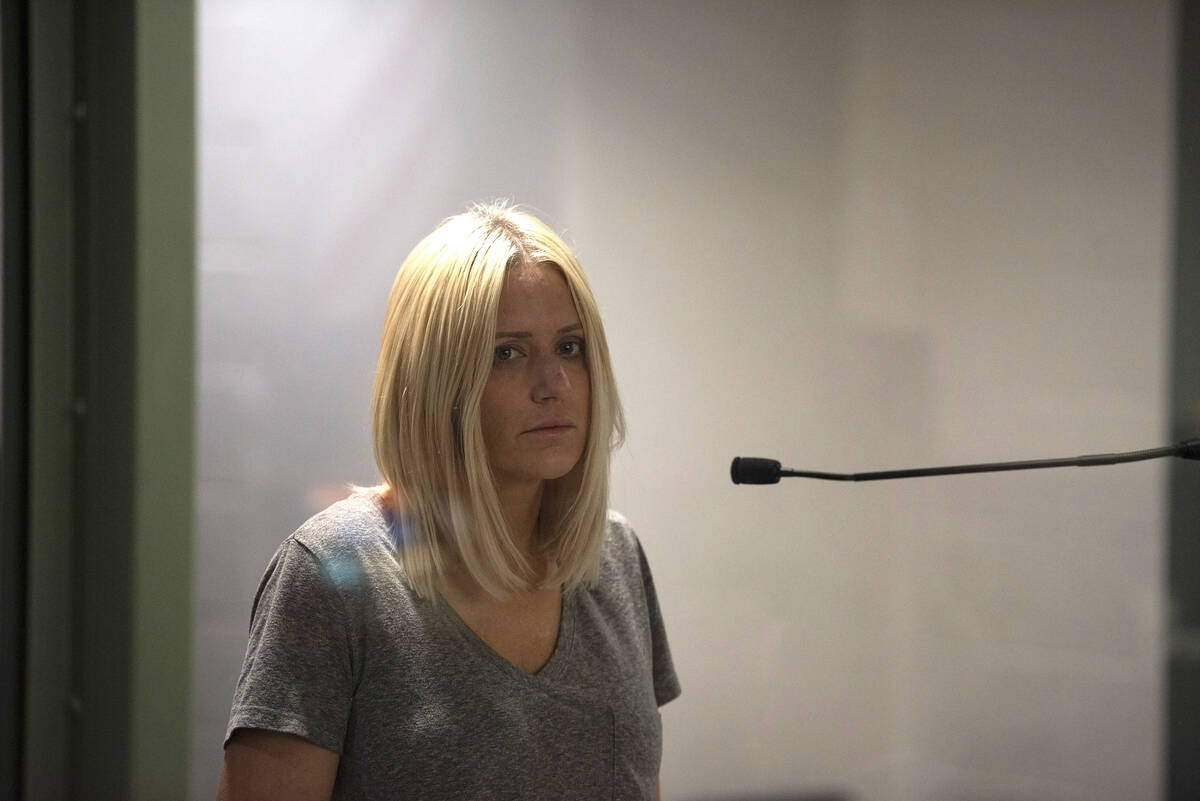 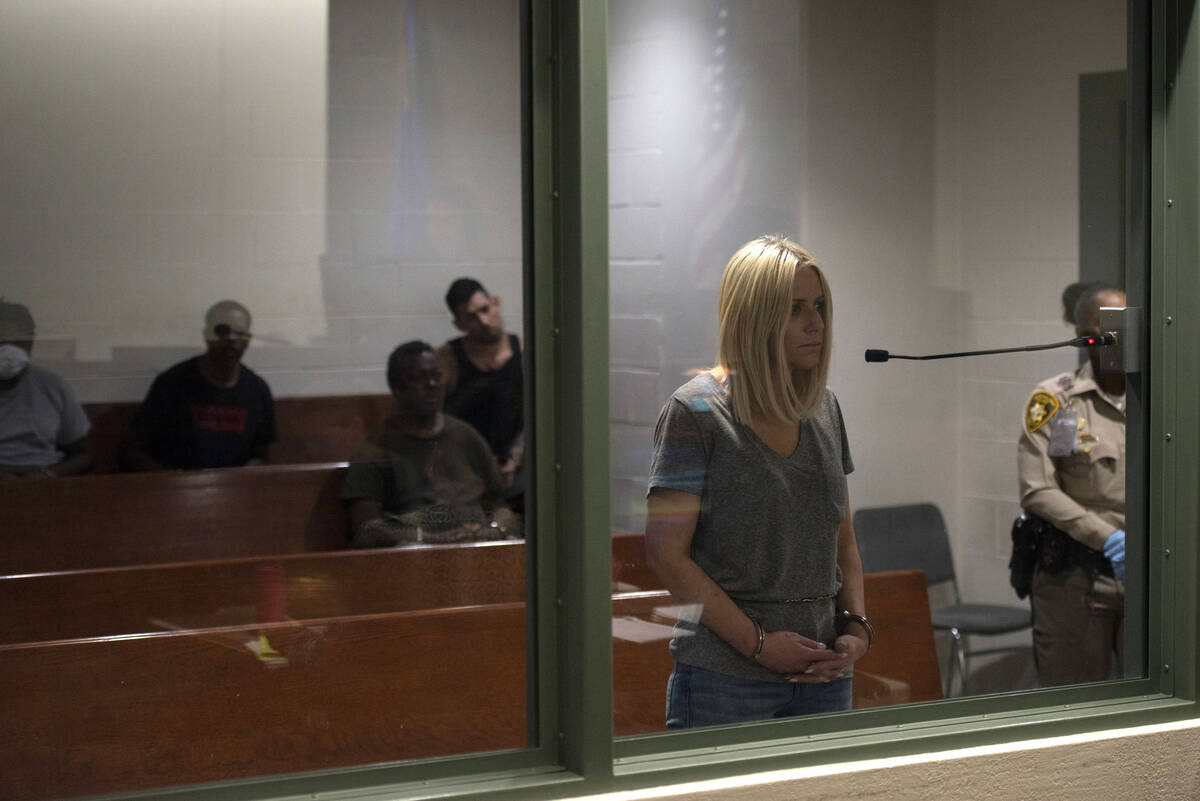 A Las Vegas woman suspected of DUI in a crash that killed a man and critically injured a 3-year-old boy drank five shots of liquor prior to the crash, a prosecutor said Thursday.

Las Vegas police said Lisa Geurino, 38, was driving a Jeep at 4 a.m. Wednesday near Centennial Parkway and North Shaumber Road when she drove through a stop sign.

The Jeep struck a Volkswagen compact SUV, killing passenger Stephen Palmatier Jr., 37, of Las Vegas. A 3-year-old boy in the Volkswagen was taken to University Medical Center in critical condition, police said. Two other occupants, including a 6-year-old girl, also were taken to the medical center with minor injuries.

Geurino was arrested on suspicion of DUI, leaving the scene of a crash and other felonies.

During an initial appearance for Geurino on Thursday in Las Vegas Justice Court, Clark County prosecutor Shanon Clowers said Geurino fled the scene of the crash on foot. She was located by police at her nearby residence.

“She had five shots of Patron,” Clowers said. “We have the receipt for it. She lived in the neighborhood. She was seen walking from the vehicle.”

Clowers asked Justice of the Peace Elana Lee Graham to set bail in the case at $100,000, and Graham granted the request.

“The length she went to, the steps she took to evade capture, it is pretty significant,” Graham said, adding that Geurino initially claimed to police that she was in bed at the time of the crash.

The judge noted in her remarks that police confronted Geurino about her being “on surveillance at Jackpot Joanie’s and consuming the five shots of Patron.”

“The likelihood of conviction in this case for leaving the scene I think is really strong,” Graham said. “It is mandatory prison. A gentleman is dead, a father to this child, and the baby in critical care. I hope the baby survives and no more loss of life is suffered.”

Court proceedings also revealed, however, that there may be a legal issue in the case regarding the timing of a blood draw from Geurino during the police investigation. The results of the blood test was not detailed in court, but Jonathan Cooper of the Clark County public defender’s office said Geurino’s blood was not drawn until four hours after the crash.

“I think that speaks volumes when specifically the statute does require it … to be before two hours,” Cooper said.

The attorney said “the likelihood of conviction is definitely questionable in this case.”

“I do believe we are going to be able to mount a very strong defense,” Cooper said.

Graham ordered that if Geurino posts bail, she be prohibited from driving and be placed on electronic monitoring.

Geurino was booked at the Clark County Detention Center on two counts of DUI causing death or substantial bodily harm, four counts of duty to stop at the scene of an accident and two counts of reckless driving.

Police on Wednesday initially identified Geurino by the last name of Guerino, but she is listed in court records as having the name of Geurino.