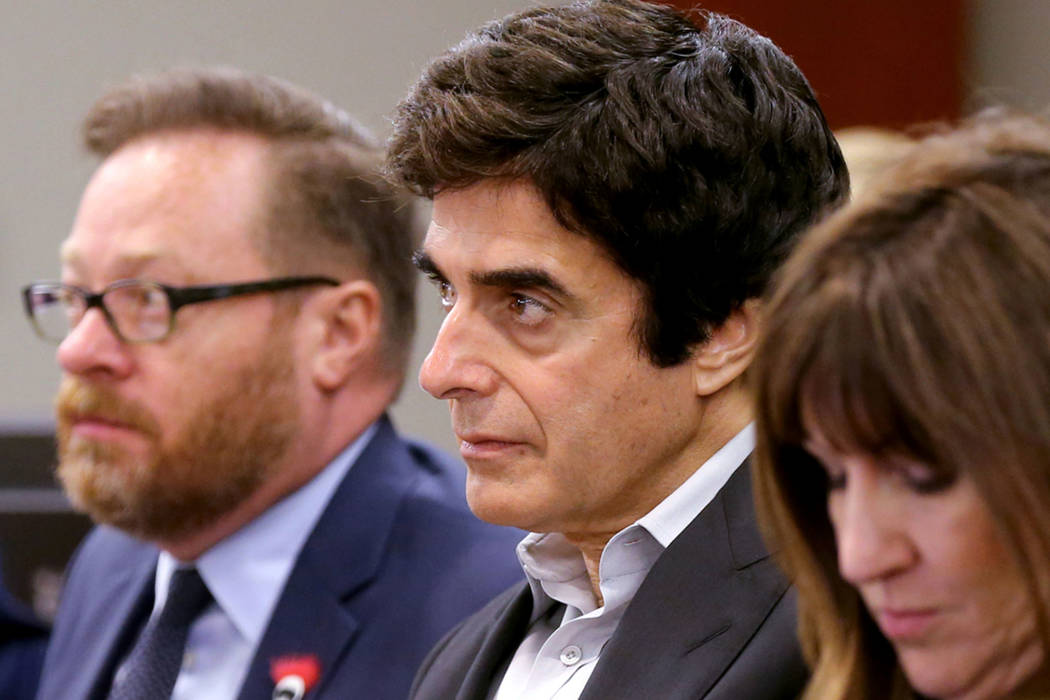 David Copperfield, center, listens to closing arguments during a civil trial at the Regional Justice Center in Las Vegas on Friday, May 25, 2018. With Copperfield are, from left, Chris Kenner, president of Backstage Employment & Referral Inc. and executive producer for Copperfield, and attorney Elaine Fresch. K.M. Cannon Las Vegas Review-Journal @KMCannonPhoto 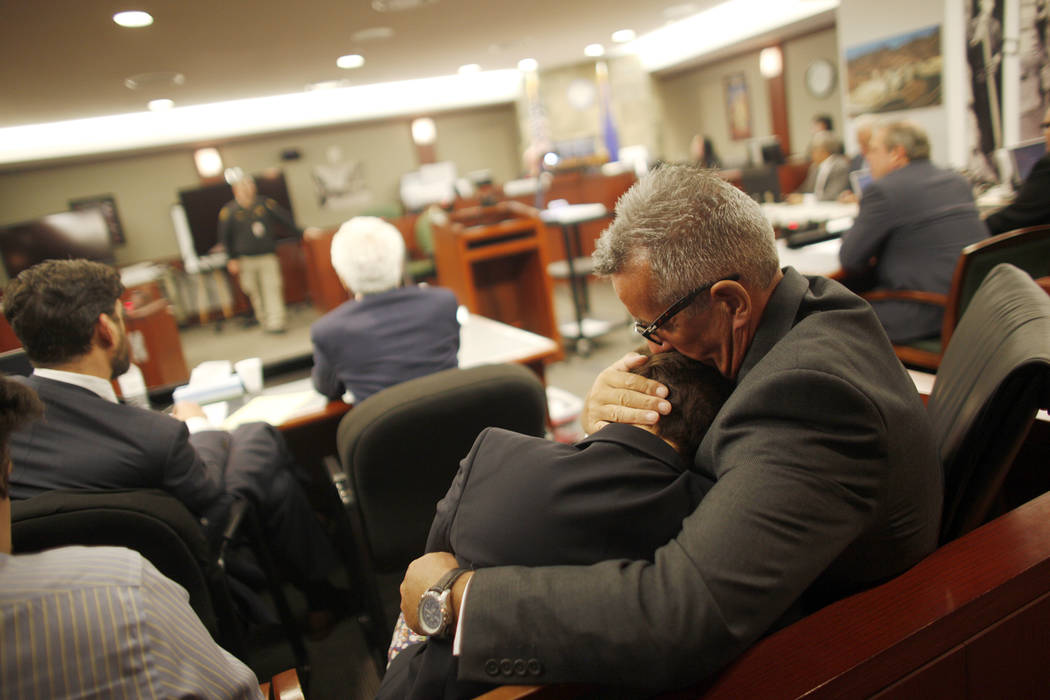 Gavin Cox holds his wife Minh-Hahn Cox as they wait for the jury's decision at the Regional Justice Center in Las Vegas, Tuesday, May 29, 2018. Gavin Cox sued illusionist David Copperfield for injuries he sustained during a 2013 show. The jury found Gavin Cox responsible for the fall. Rachel Aston Las Vegas Review-Journal @rookie__rae 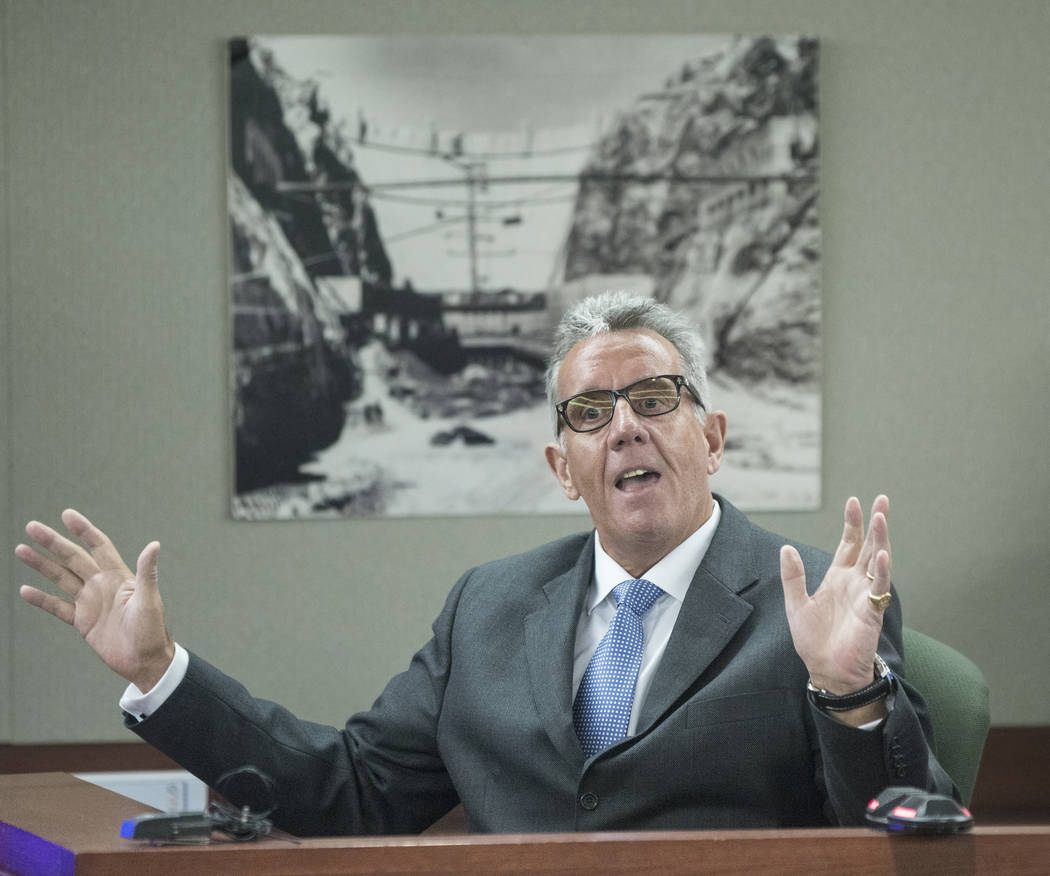 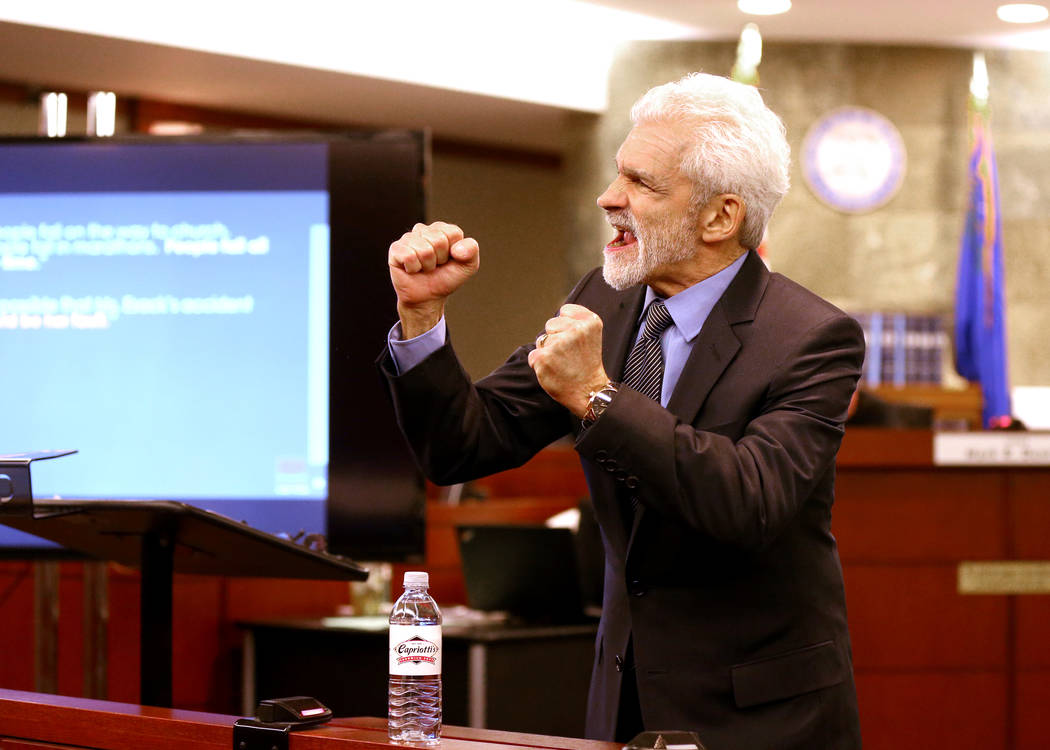 Benedict Morelli, attorney for a British man who was injured during a magic trick where magician David Copperfield appears to make people vanish, makes his closing argument to the jury at the Regional Justice Center in Las Vegas Wednesday, May 23, 2018. K.M. Cannon Las Vegas Review-Journal @KMCannonPhoto 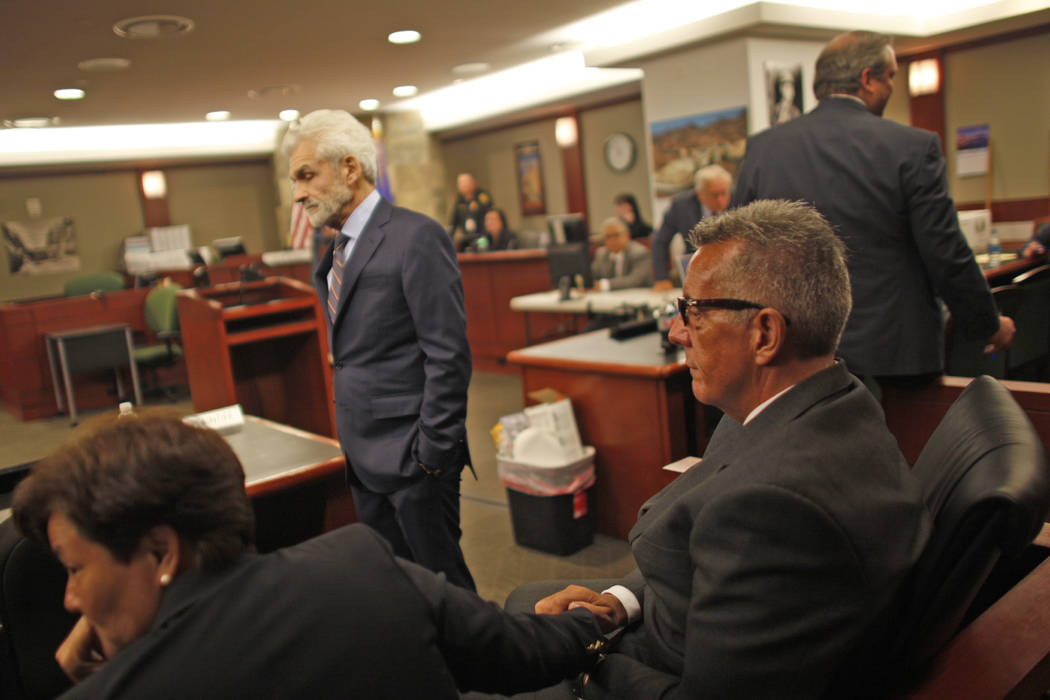 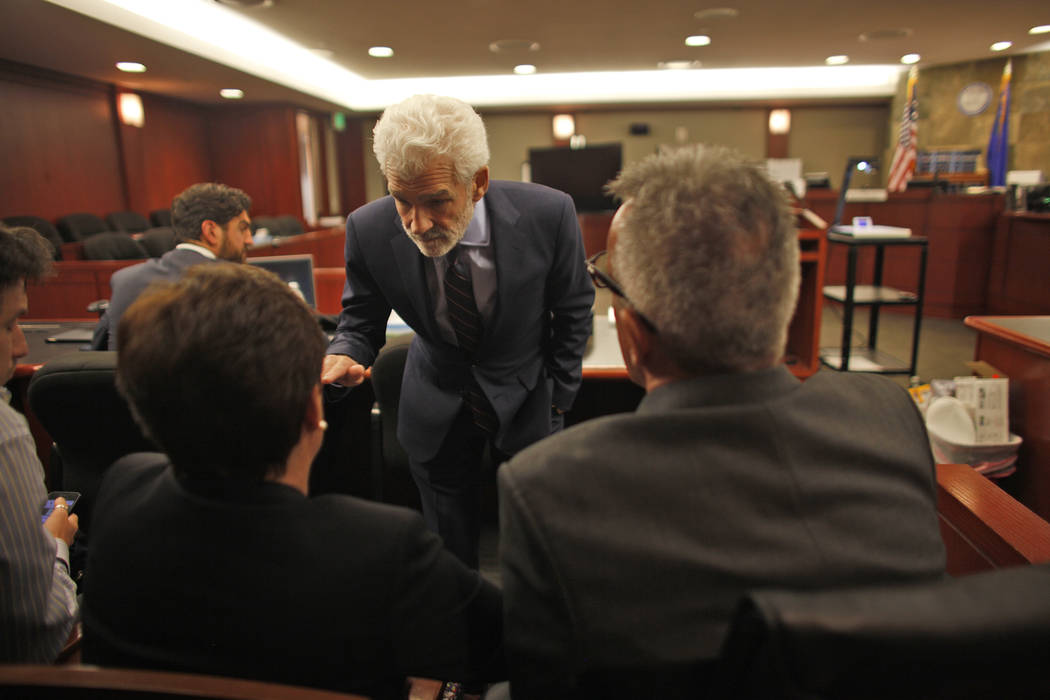 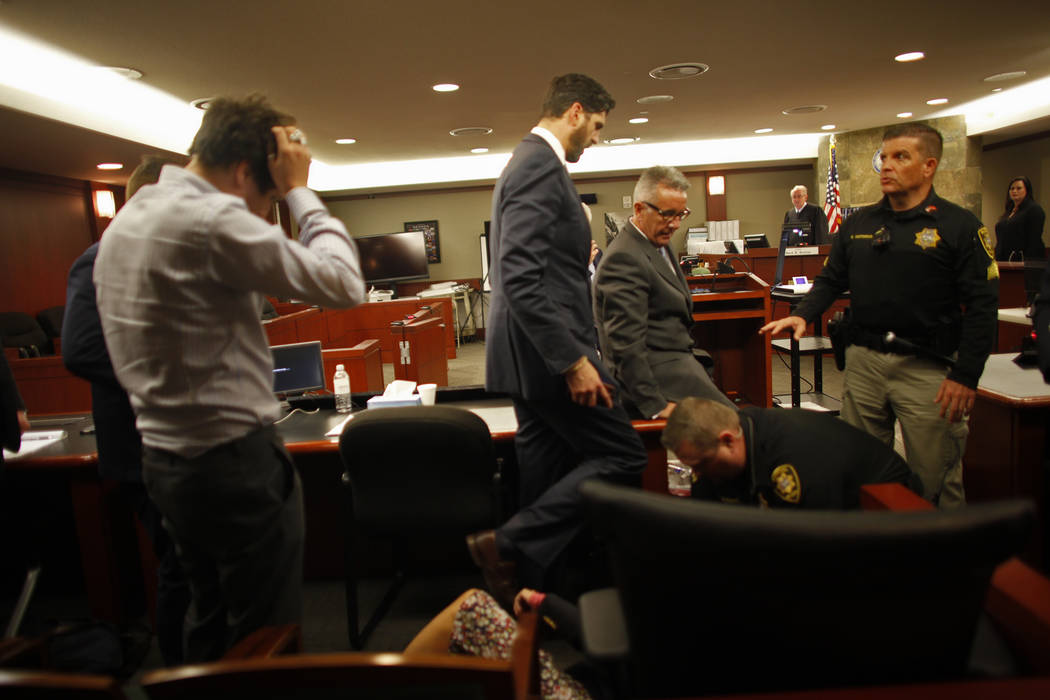 Minh-Hahn Cox, wife of Gavin Cox, is treated by police and lawyers after collapsing after the verdict for her husband at the Regional Justice Center in Las Vegas, Tuesday, May 29, 2018. Gavin Cox sued illusionist David Copperfield for injuries he sustained during a 2013 show. The jury found Gavin Cox responsible for the fall. Rachel Aston Las Vegas Review-Journal @rookie__rae 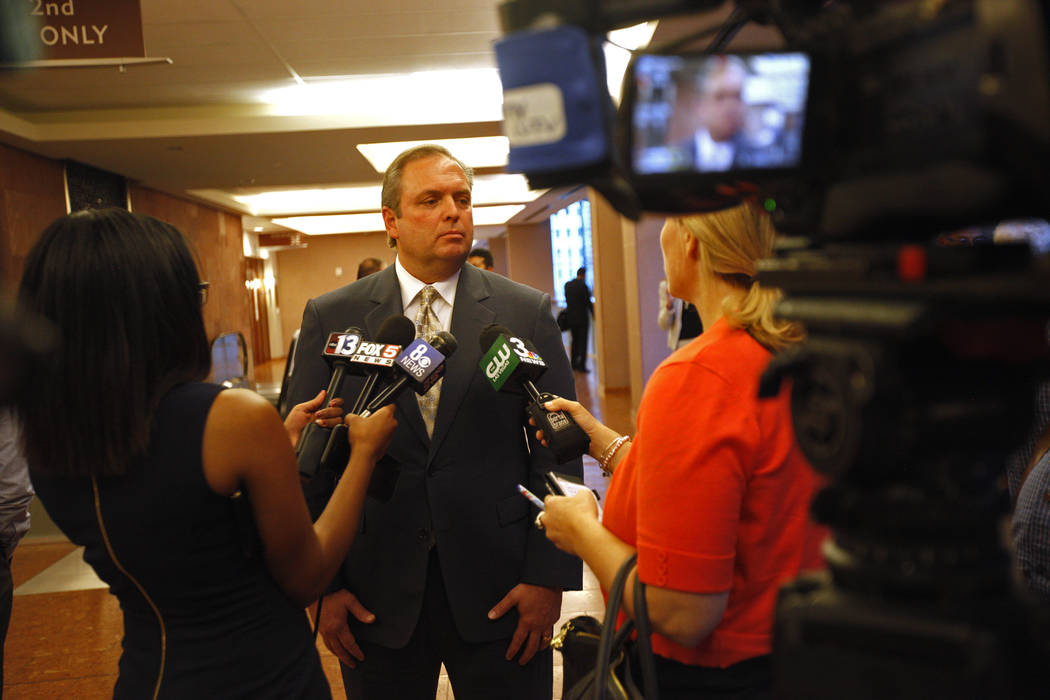 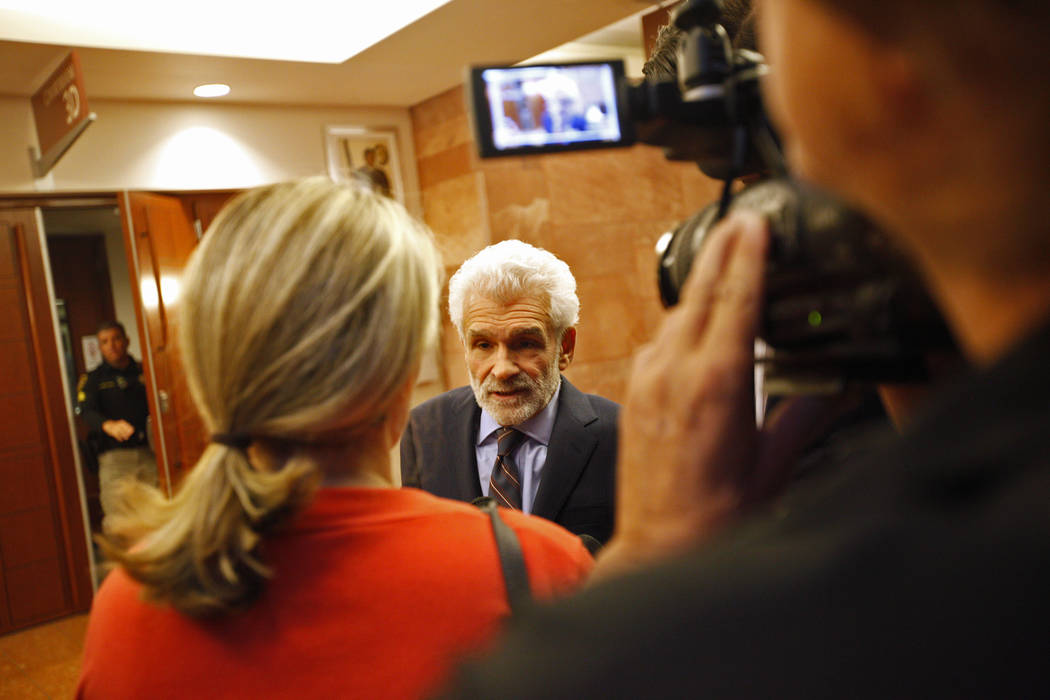 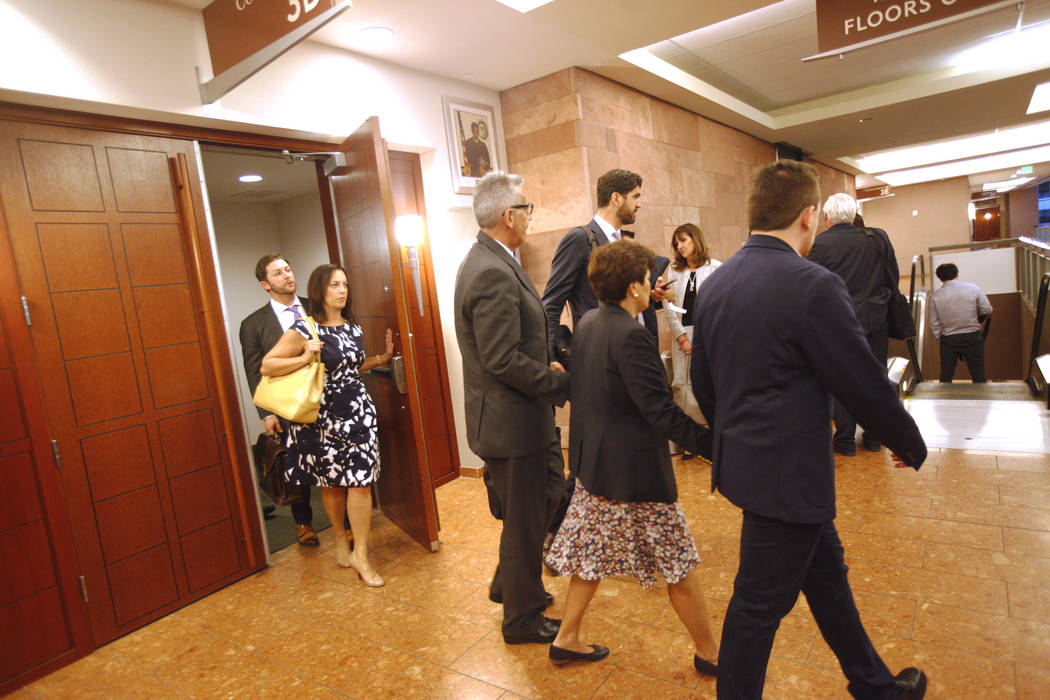 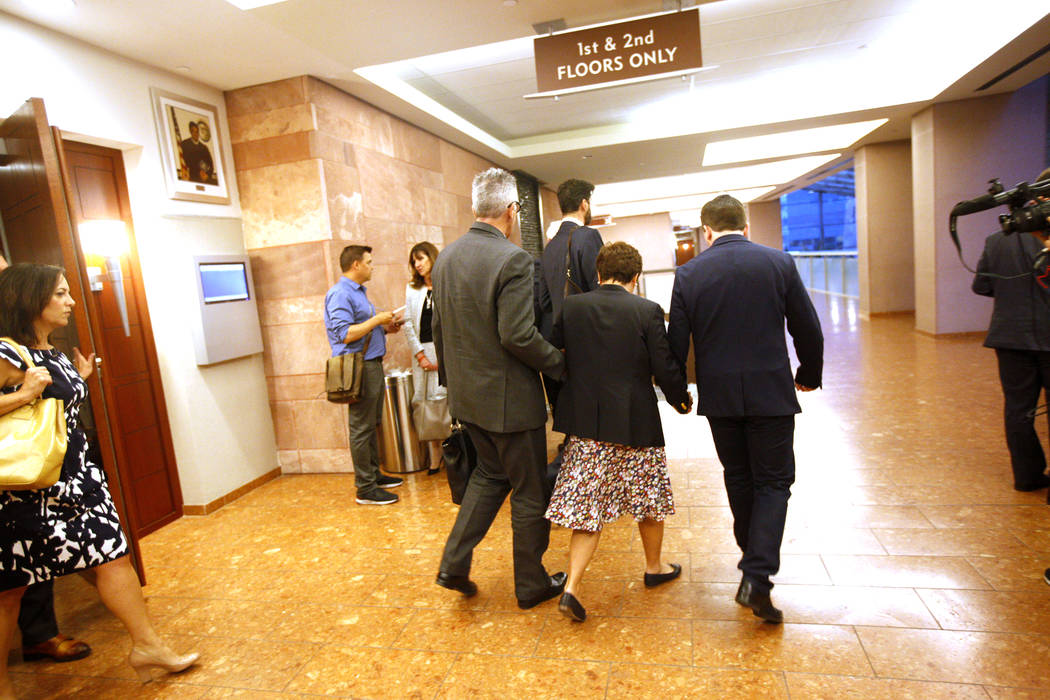 After hearing more than a month and a half of testimony and arguments, a jury of seven women and two men decided claims against the magician were unfounded and that neither Copperfield nor other defendants in the case should be held liable for a 2013 slip and fall.

Tourist Gavin Cox had sued Copperfield, his company, the MGM Grand and others, saying they should be held accountable for a traumatic brain injury he suffered while volunteering for an illusion known as “Lucky #13.”

The jury decided Cox’s injuries were 100 percent attributable to him, though they also found Copperfield and the MGM Grand negligent. Jurors believed the magician and the hotel should have conducted more inquiry into previous falls, but they couldn’t speculate whether such inquiry would have prevented Cox’s fall, jury foreman Gerald Schaffner said after the verdict.

Copperfield’s attorney Elaine Fresch said Copperfield was made aware of the verdict, but she had not spoken to him because he was performing a show when the verdict was delivered. She called it “the right verdict” in “a very important trial.”

MGM Grand attorney Jerry Popovich said the verdict “appears to indicate what we had argued, which is this was an unfortunate accident.”

Cox’s wife, Minh-Hahn Cox, fainted after the verdict was read, but she later walked out of the courtroom with her husband and sons without speaking to reporters.

In 2013, Cox and 12 other volunteers seemed to disappear from Copperfield’s elevated stage, when in reality they were whisked off the platform by flashlight-wielding stagehands.

Earlier Tuesday afternoon, Cox’s lawyer Benedict Morelli told the Las Vegas jury that a combination of factors led to the plaintiff’s injuries, including being forced to run up a ramp on a darkened escape route.

“If they didn’t set it up this way, it couldn’t happen,” Morelli said. “It really is preposterous to think you could set this up and no one would get injured.”

He argued that Copperfield and his company were 50 percent responsible, while the MGM Grand, backstage workers and construction crews should be accountable for the rest.

Last week, lawyers for Copperfield and MGM workers argued that Cox had exaggerated his injuries and deceived jurors about suffering traumatic brain damage. Cox occasionally has walked in and out of court with the assistance of family. Defense attorneys played video of him outside of court, walking unassisted.

The tourist’s lawyers have argued that parts of an escape route in the resort were under construction and dusty when Cox volunteered for the illusion, while defense experts testified that he caused his own fall.

Copperfield testified early in the trial that he did not learn of the injury until a year later and that he stopped performing the routine in 2015.

Three women testified that they also had been injured while volunteering for the performance. Copperfield told jurors that he could not recall anyone being hurt at one of his shows before Cox.