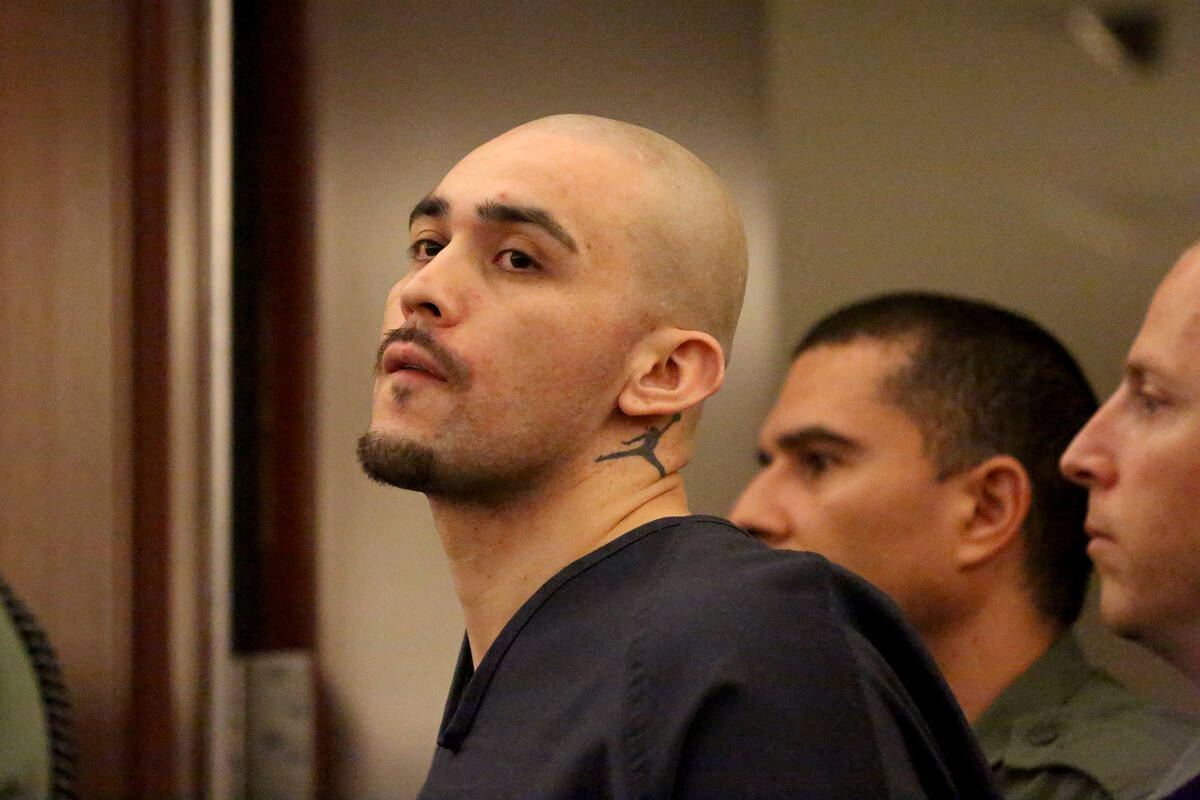 A Las Vegas man who pleaded guilty to killing three people in 2016 was ordered Friday to spend the rest of his life in jail.

Although prosecutors stopped pursuing the death penalty for Perez in exchange for the guilty pleas he made in August, prosecutor Michael Schwartzer said Perez still represents the “worst of the worst” of criminals.

“This is an individual that murdered three individuals in a two-week span,” Schwartzer said. “And it wasn’t from a lack of trying.”

After Perez was arrested in connection with Robinson’s death, he escaped from the North Las Vegas Police Department detective bureau by snapping his handcuffs in half, standing on a chair, shifting a ceiling tile and hoisting himself into a crawlspace.

He then drove away in a rental truck that had been left outside the building with its engine running, but he was recaptured within days.

About three hours after Robinson was killed on Aug. 27, 2016, Perez shot Johnson, police have said. Johnson and his wife had driven to a friend’s house on his motorcycle, and when they arrived, they spotted a man in the friend’s yard. Johnson’s wife got off the motorcycle, and when Johnson approached the man he was shot in the head at least twice.

“There was just no reason to kill him,” Johnson’s wife, Amy Johnson, said Friday in between sobs. “He didn’t say anything to him, he didn’t do anything to him.”

At least one of the bullet casings collected at the scene of Johnson’s slaying matched casings found in Robinson’s shooting, a police report at the time stated. Shells also were linked to a pair of separate shootings, including the one that left Duran dead, that same month.

Perez did not make a statement during Friday’s hearing, but Alzora Jackson, one of his defense attorneys, told the judge he had taken responsibility for his crimes.

“He wanted me to say to the people that he harmed: He has no words,” Jackson said. “This is all that he can do, and he has done that with great humility and great respect.”

Selene Duran, Candelario Duran’s daughter, told the judge there were no excuses for Perez’s actions.