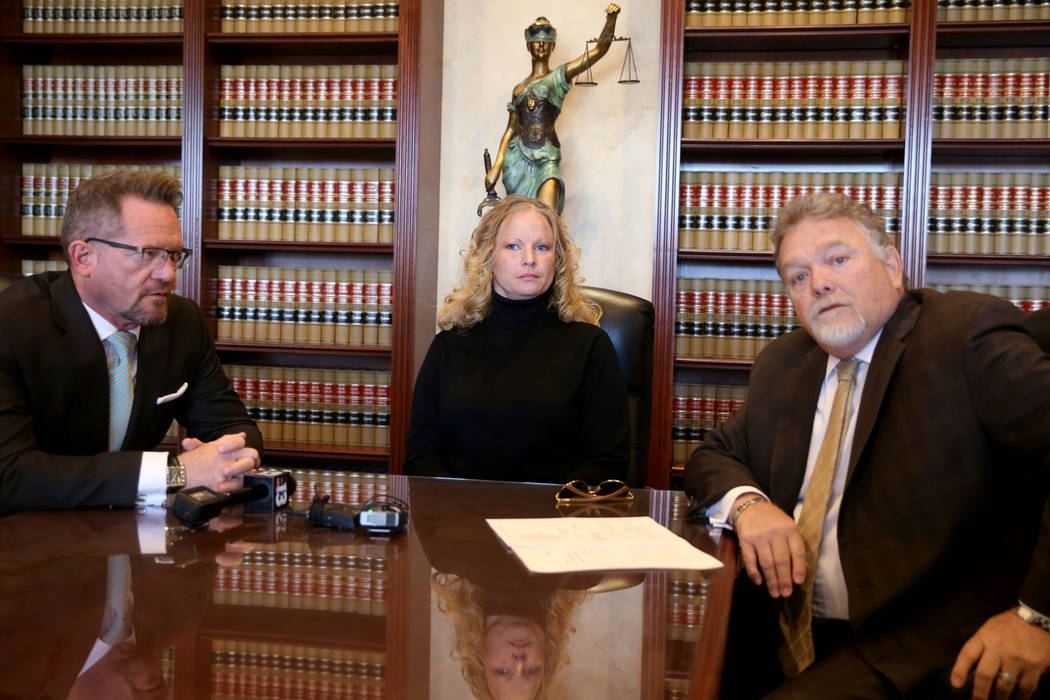 Sommer Richards, who was shot by a Las Vegas police officer seven times in 2018, with her attorneys Robert Draskovich, left, and Brent Bryson at The Draskovich Law Group offices in downtown Las Vegas on Tuesday, Nov. 26, 2019. Richards' attorneys have filed a $7 million federal lawsuit against the Metropolitan Police Department on her behalf. (K.M. Cannon/Las Vegas Review-Journal) @KMCannonPhoto 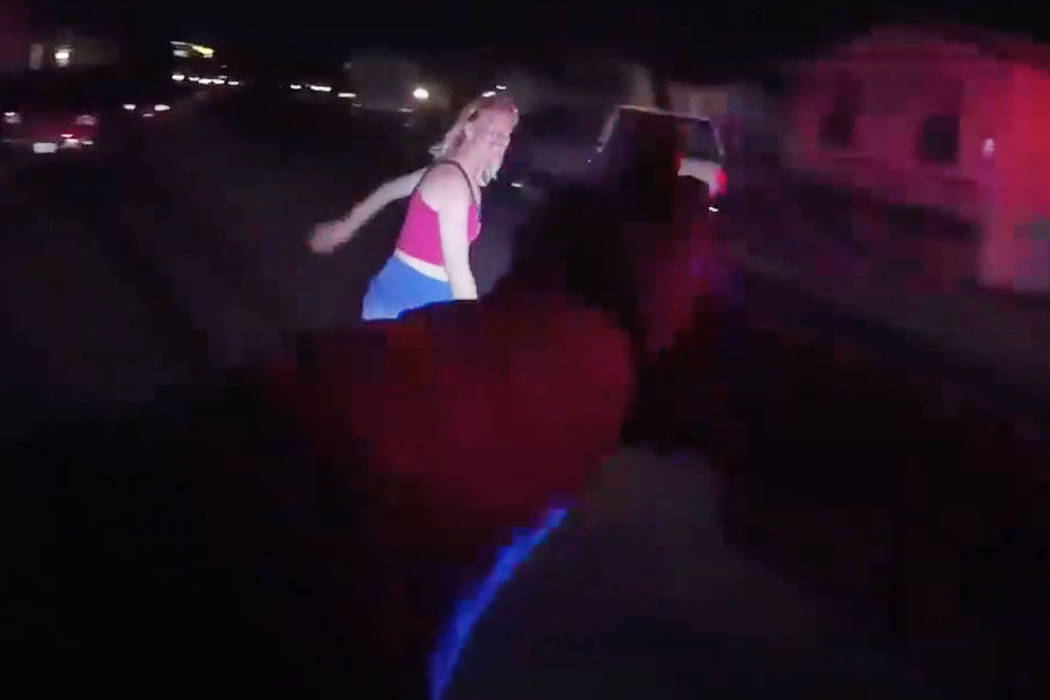 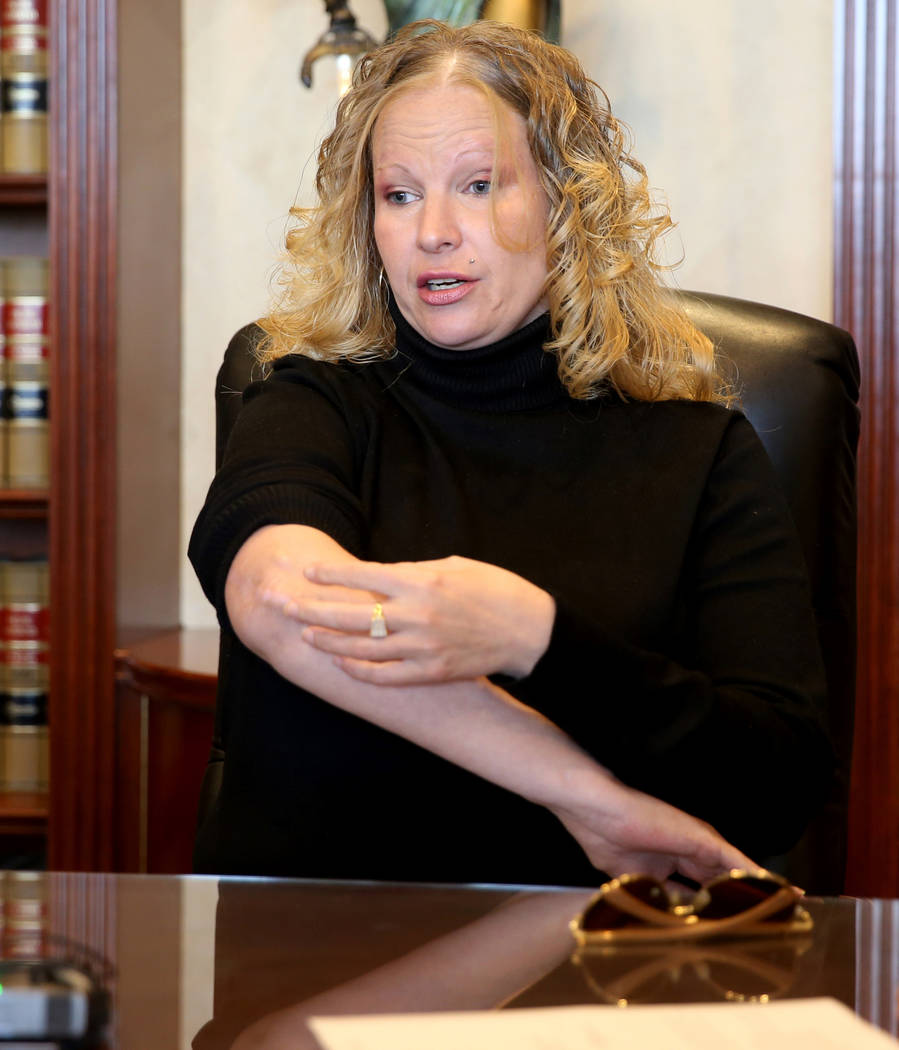 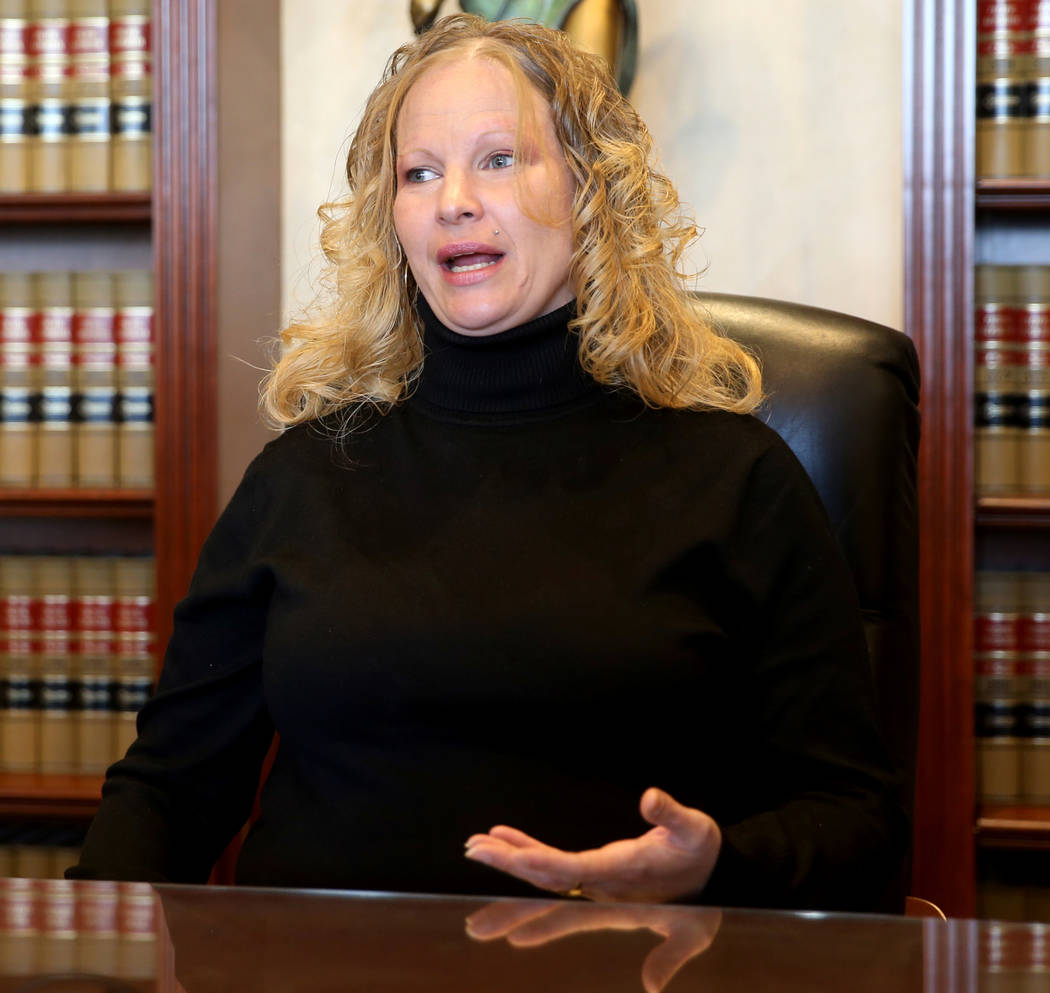 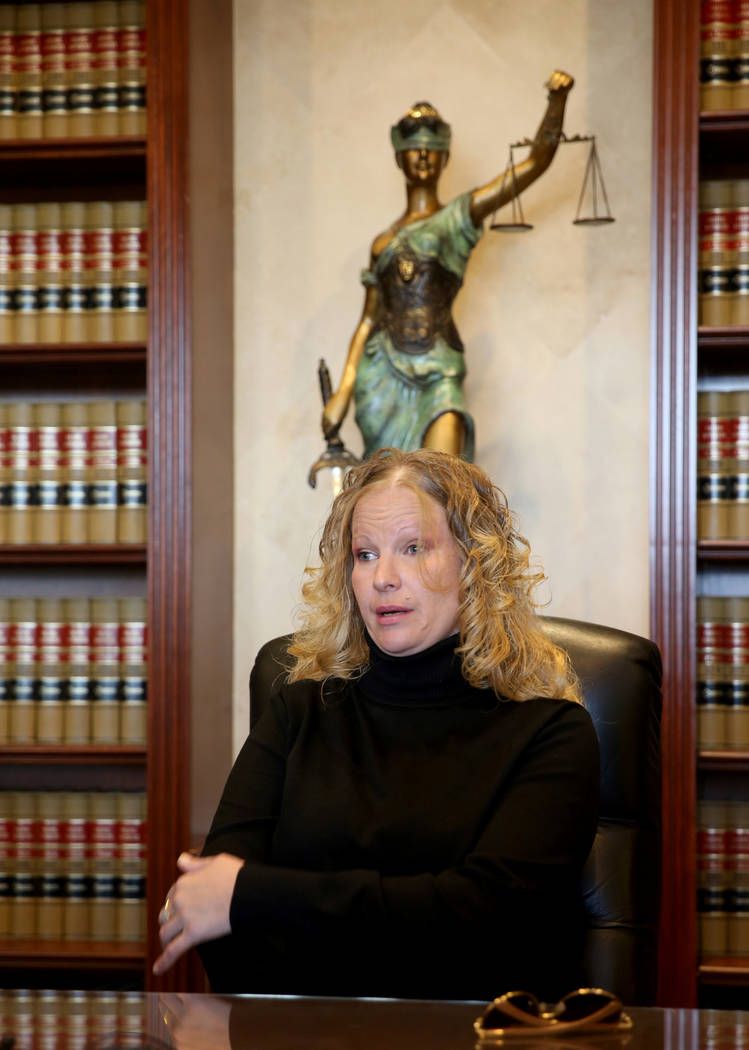 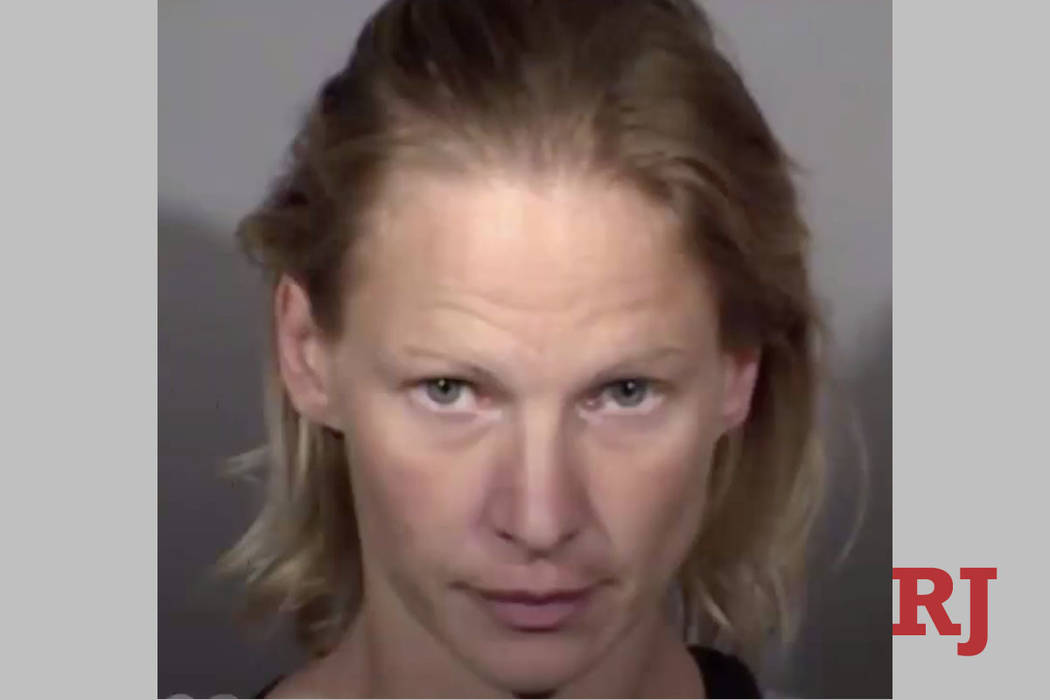 This undated file photo shows Sommer Richards. Richards shot by police in 2018 while she was holding a shovel filed a federal civil rights lawsuit Tuesday, Nov. 26, 2019, against the Metro and the officer who has since left the force. (Las Vegas Review-Journal, File)

A Las Vegas woman shot by police while she was holding a shovel filed a $7 million federal civil rights lawsuit Tuesday against the Metropolitan Police Department and the officer involved, who has since left the force.

Sommer Richards was suffering from a “psychological episode” in May 2018, when police received a call after she had reportedly swung a shovel at two people, according to the lawsuit.

Her attorneys, Brent Bryson and Robert Draskovich, said the dollar figure represents $1 million for each of the seven bullets that pierced Richards in the abdomen, hip and right arm.

Police said at the time that Richards was “acting erratically” in the 3400 block of Big Sur Drive, near Desert Inn Road and Nellis Boulevard.

The former officer, Ondre Wills, resigned two months later, in advance of a Metro administrative hearing on his job, according to the Las Vegas Police Protective Association.

The department cited training and officer safety issues when it notified Wills that it was proceeding with Metro’s nonconfirmation, a termination process for employees on probation, officials said last year.

In response to the lawsuit, Metro spokesman Larry Hadfield wrote in an email: “We are unable to comment on pending litigation.” Wills could not be reached for comment Tuesday.

Body camera footage provided by police in May showed Wills arriving, drawing his gun and pointing it at Richards, then 34, who appeared to be yelling at Wills. Wills got between Richards and the two people she had allegedly threatened.

While Wills, then 23, repeatedly told Richards to drop the shovel, one of the people behind the officer had moved toward the sidewalk.

Richards said at the press conference that she did not know whether the officer was speaking to her.

Wills told Richards four times in about 30 seconds that he would shoot her if she took another step, the footage showed.

“It is uncertain whether Richards, in her emotional state, understood the commands,” Bryson and Draskovich wrote in the complaint. “At the time officer Wills yells for Richards to stop, she is not making any aggressive moves towards anyone or shouting any verbal threats.”

When Richards started to walk toward the sidewalk from the middle of the street at 10:21 p.m., Wills fired seven rounds at her, striking her each time, police said.

“I just couldn’t believe it was happening,” she said of being shot.

Bryson and Draskovich wrote in the lawsuit that the shooting was the result of “intentional, extreme and outrageous conduct.”

Richards has since pleaded guilty to one count of assault with a deadly weapon via an Alford plea, which requires a defendant to admit only that prosecutors could prove their case.

“I’d like them to be held responsible,” Richards said of Wills and the department.

Last year, in a phone interview with the Review-Journal, Richards, who was sentenced to four years’ probation and ordered to undergo mental health and substance abuse treatment, denied the shovel was used as a weapon. She said she picked it out of a garbage can with the intent of using it to teach yardwork to her 11-year-old son.

Footage provided by police at the time ended after the first shot.

The lawsuit alleges that Metro knew of Wills’ lack of training in regards to seizures and the use of non-deadly force to apprehend suspects.

“Defendants LVMPD took no steps to further train him, correct his abuse of authority or discourage his misconduct,” the lawsuit states, pointing out that he was allowed to resign voluntarily.

She said at the press conference that she can no longer hold anything with her right hand or completely extend her arm.

“The conduct of defendants, and each of them, was done willfully, intentionally, with malice and oppression, and with a conscious disregard for Richards’ rights,” the suit states.