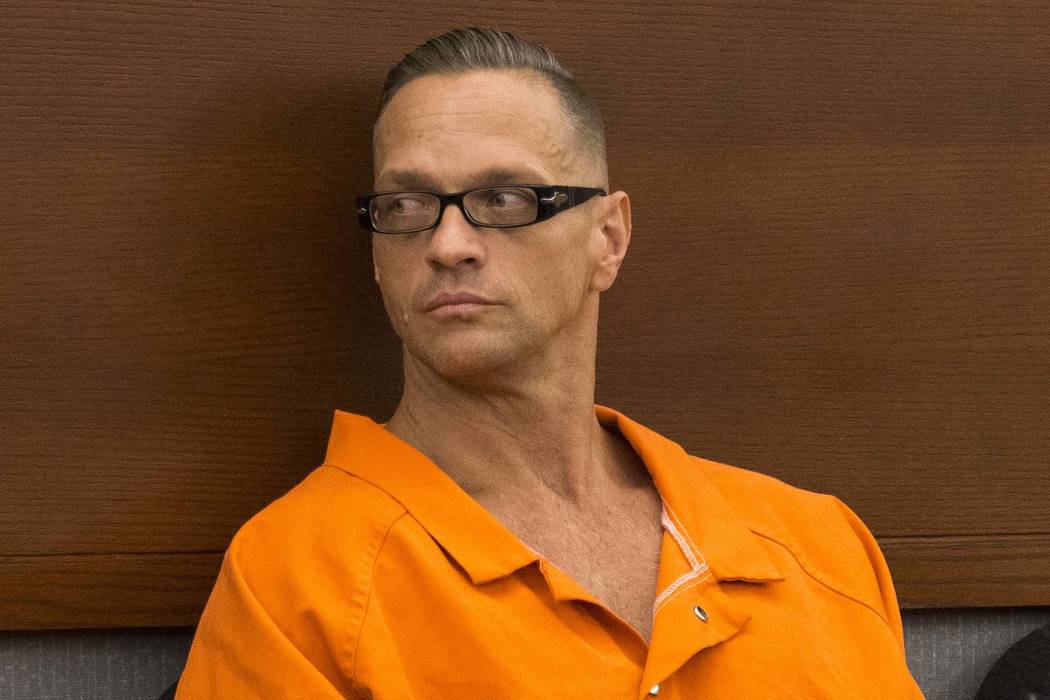 Accusing a Las Vegas judge of falling for a public relations stunt, the Nevada prison system asked the state’s high court Wednesday to throw out a decision that halted this month’s execution of condemned killer Scott Dozier hours before he was scheduled to die.

Lawyers for the Nevada attorney general’s office, representing the Department of Corrections, questioned whether the makers of a sedative planned for use in the lethal injection could stop the death penalty, saying the issue was a matter of “nationwide public importance” that had never been considered in the state.

“The manufacturer, Alvogen Inc., filed this lawsuit to salvage its image and shift the blame to the state for Alvogen’s failure to impose the controls that it was touting to anti-death penalty advocates,” the 54-page petition stated.

“For Alvogen (and similarly situated drug manufacturers), this lawsuit has little downside. Whether it ultimately wins or loses, Alvogen scores points in the public relations arena just for bringing this lawsuit while it remains unbothered by the turmoil it has inflicted on Nevada’s criminal justice system and the victims. Here, the District Court took the PR bait.”

On July 11, about nine hours before Dozier was set to die, District Judge Elizabeth Gonzalez barred the Department of Corrections from using midazolam in the condemned prisoner’s lethal injection after Alvogen’s lawyers argued that allowing the drug to be used in the execution would cause “serious harm” to its business.

Alvogen’s lawsuit accused the Corrections Department of surreptitiously obtaining the drug for use in the execution. Company officials could not be reached for comment on the appeal, and their lawyers have declined to speak with reporters about the case.

But the prison’s lawyers stated that the drug was purchased through a third-party intermediary without any restrictions.

“The most Alvogen did to discourage sales to correctional departments was to send letters to states and to put a nonspecific disclaimer on its website,” Wednesday’s petition states.

Dozier, a 47-year-old two-time convicted murderer, has waived his appeals and was to be executed at 8 p.m. that evening at Ely State Prison with a drug cocktail that also included the pain reliever fentanyl and a paralytic cisatracurium, which had never before used in capital punishment. It would have been the first execution in Nevada since 2006.

The attorney general’s office urged the high court to make a quick decision.

“The State is also battling against the clock for another reason,” the filing states. “As days pass, and litigation drags on, all three drugs in NDOC’s lethal injection protocol get closer to expiring.”

An expiration date for midazolam or the other drugs was not revealed.

A week before the planned killing, the Department of Corrections disclosed its lethal injection procedures, revealing a protocol that included midazolam, a sedative banned in Arizona executions and decried by civil rights groups across the country.

Dozier also had a prior murder conviction.

He was convicted of second-degree murder in the Arizona slaying of Jasen “Griffin” Greene and was sentenced to 22 years in prison in 2005, before he was brought to Nevada to face charges in Miller’s death.

While Dozier has not shifted his public death wish for nearly two years, and the state has repeatedly, yet unsuccessfully moved to kill him, the attorney general’s office argued in Wednesday’s filing that Gonzalez’s decision could “open the floodgates for yet another nationwide wave of death penalty litigation that will stall capital sentences indefinitely.”

Possible execution ‘not the talk of the town’ for Ely residents