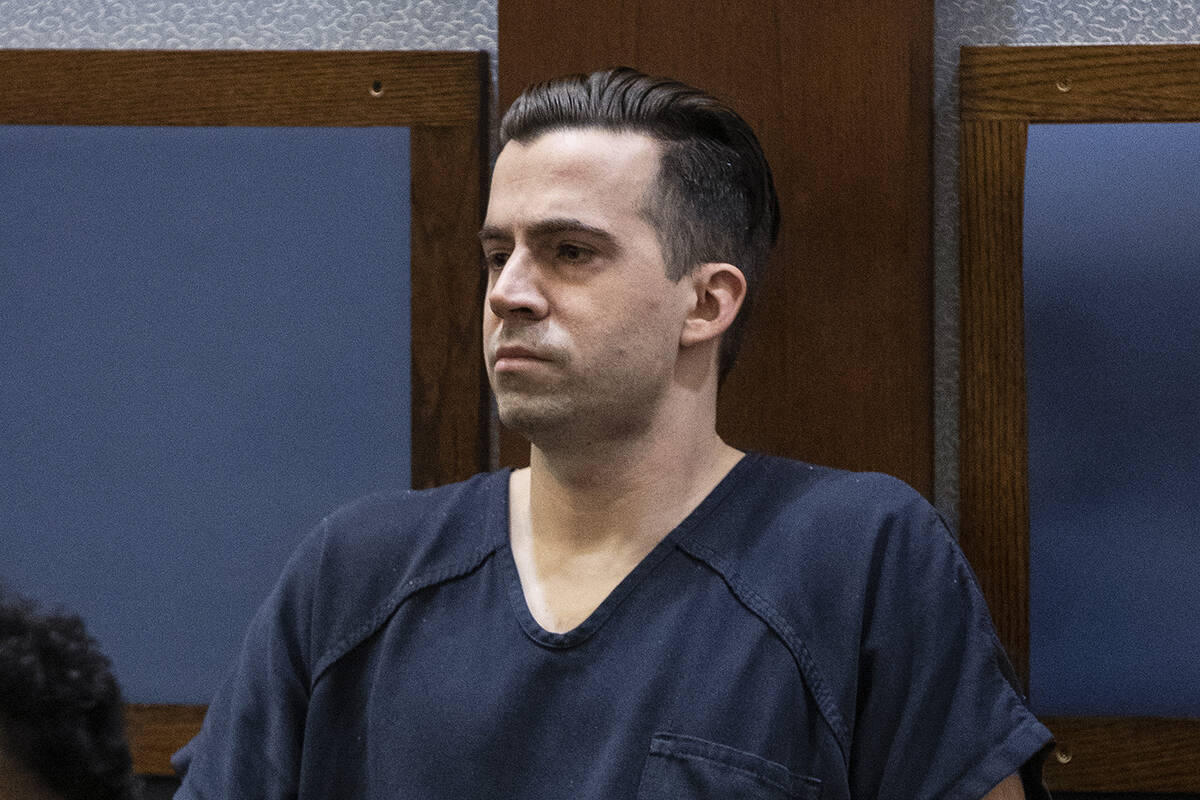 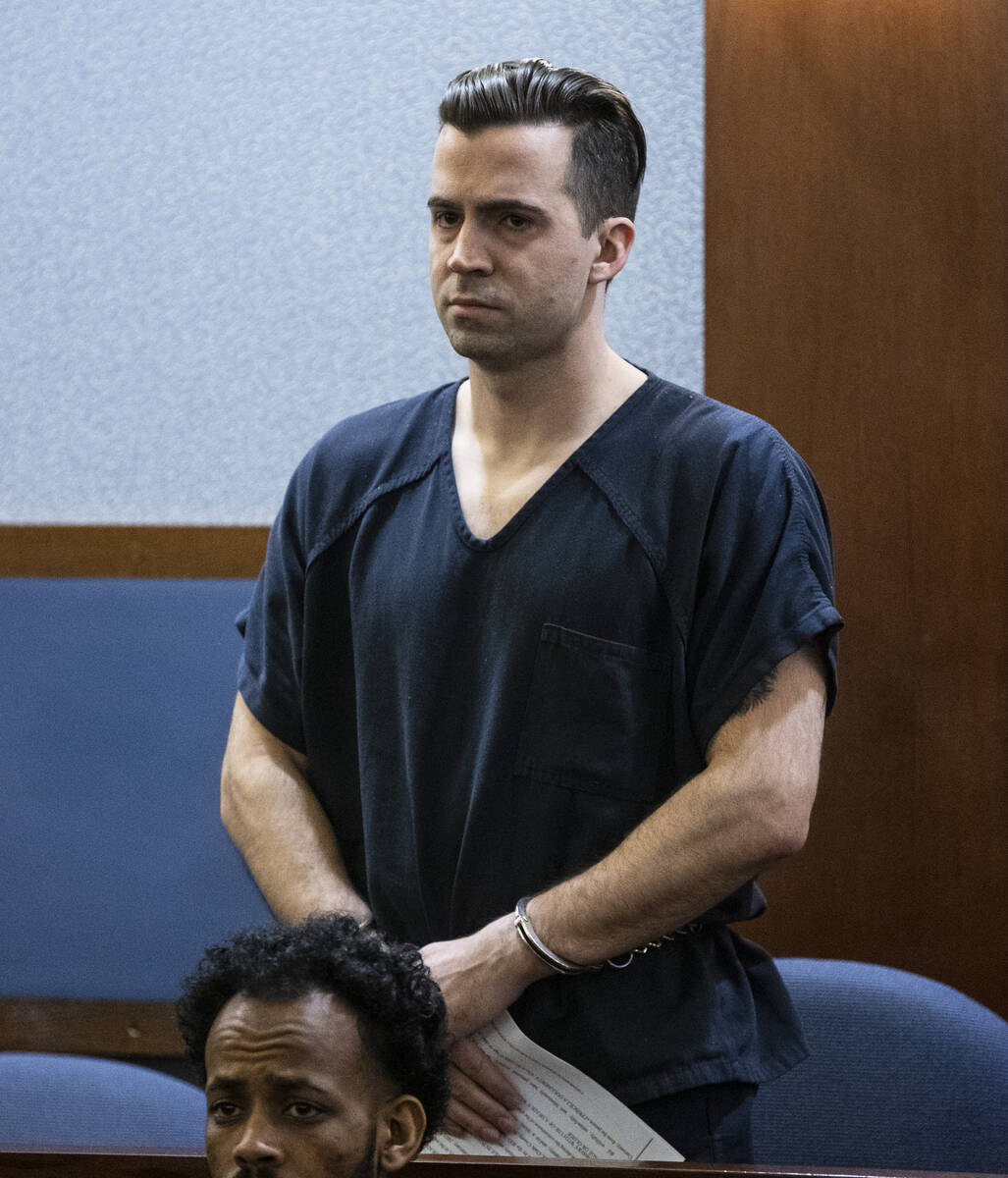 A Las Vegas police officer is facing four felonies in an armed robbery Sunday at the Rio in which he is accused of stealing more than $78,000 in cash.

Caleb Rogers, 33, made a brief court appearance Wednesday in the courtroom of Las Vegas Justice of the Peace Harmony Letizia and was charged with burglary, robbery and attempted robbery in the heist at the casino, 3700 W. Flamingo Road at South Valley View Boulevard.

Las Vegas police said in an arrest report for Rogers that at 6:56 a.m. Sunday, two employees of the Rio were behind the counter of the resort’s sportsbook with a plastic bag containing $119,000. The employees were placing money in the cash drawer, getting ready for the day’s business, when a man ran up to the them.

The man, who police say was later identified as Rogers, yelled: “Get away from the money. I’ve got a gun. I will shoot you!”

According to the report, he shoved a female employee to the ground as he said, “This isn’t your money. It’s not worth losing your life over it.”

He then started grabbing the cash and stuffing it into a bag he had inside his jacket. Some cash fell to the ground.

The employee who was shoved to the ground pulled robbery alarms to alert security, according to the arrest report.

“Caleb noticed (the employee) pulling the alarms and jumped over the counter and began running away through the casino with approximately $78,632 he stole,” the report said.

Rio security chased after Rogers, police said, tackling him in a driveway as he was running to a parking garage.

“Caleb reached into his waistband and removed a silver revolver,” police wrote in the report. “Caleb had his finger on the trigger and began saying, ‘Are you willing to be shot over this? I’m going to shoot you! Go ahead and shoot me now!’”

A security officer grabbed Rogers’ gun to stop him from firing a round, according to the report. Other security officers joined in the struggle, and security pried the gun from Rogers’ hand.

When police arrived, according to the report, Rogers identified himself as a Las Vegas officer and later invoked his right to an attorney.

“Caleb had a black drawstring bag with $78,898 in cash he had just stolen from Rio Sportsbook which was photographed, recovered and released back to Rio Sportsbook,” police wrote.

Detectives said they pulled surveillance video and tracked Rogers entering the property in a blue Chevrolet minivan that was unregistered.

On Wednesday, Letizia reaffirmed a previously set bail of $250,000 for Rogers. She also ruled that if Rogers posts bail, a hearing will be held to identify the source of the money.

Rogers’ defense attorney, G. Oliver Melgar, declined to comment on the charges against his client.

Clark County prosecutor Christopher Laurent said at a Monday court hearing that Rogers also is a suspect in robberies at the Red Rock Resort and Aliante Hotel. But no charges have been filed against Rogers in those crimes, and Las Vegas police have said they are continuing to investigate them.