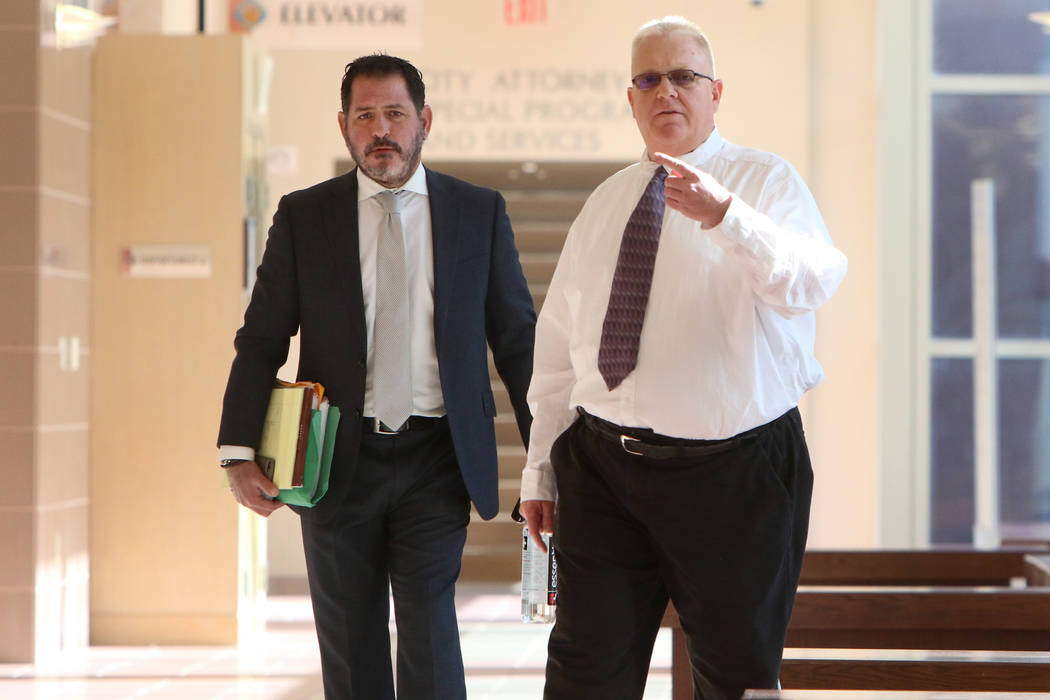 According to Pace’s arrest report, a child told Las Vegas police that he met Pace on Grindr, a gay dating and hookup app, and met with Pace 25-30 times to perform sex acts for money. The boy said he listed his age as 2o on the app.

The report states that both Pace and the child told police they met at the Henderson Police Range several times to have sex. Pace told police he did have sex with the boy, but believed he was 22 years old.

He was arrested in October on two counts of soliciting a minor, with the other charges added since then.

Pace’s attorney, Todd Leventhal, argued against the extra count on Monday, stating that the victim explicitly told police in an interview that he had not been involved in sex trafficking.

He said the Clark County district attorney’s office was trying to stack unnecessary charges against Pace to make the case more difficult to defend.

Leventhal also argued that Grindr’s terms of service forbids minors from using the app, and said the alleged victim told Pace stories about attending UNLV, fathering three children and working as a private investigator for a local attorney. He said the victim told Pace he was in his 20s several times over the year they were involved.

“To include trafficking takes away many defenses, and I don’t believe there’s a good faith basis to do so,” Leventhal said.

Pace’s next court appearance is scheduled in February.