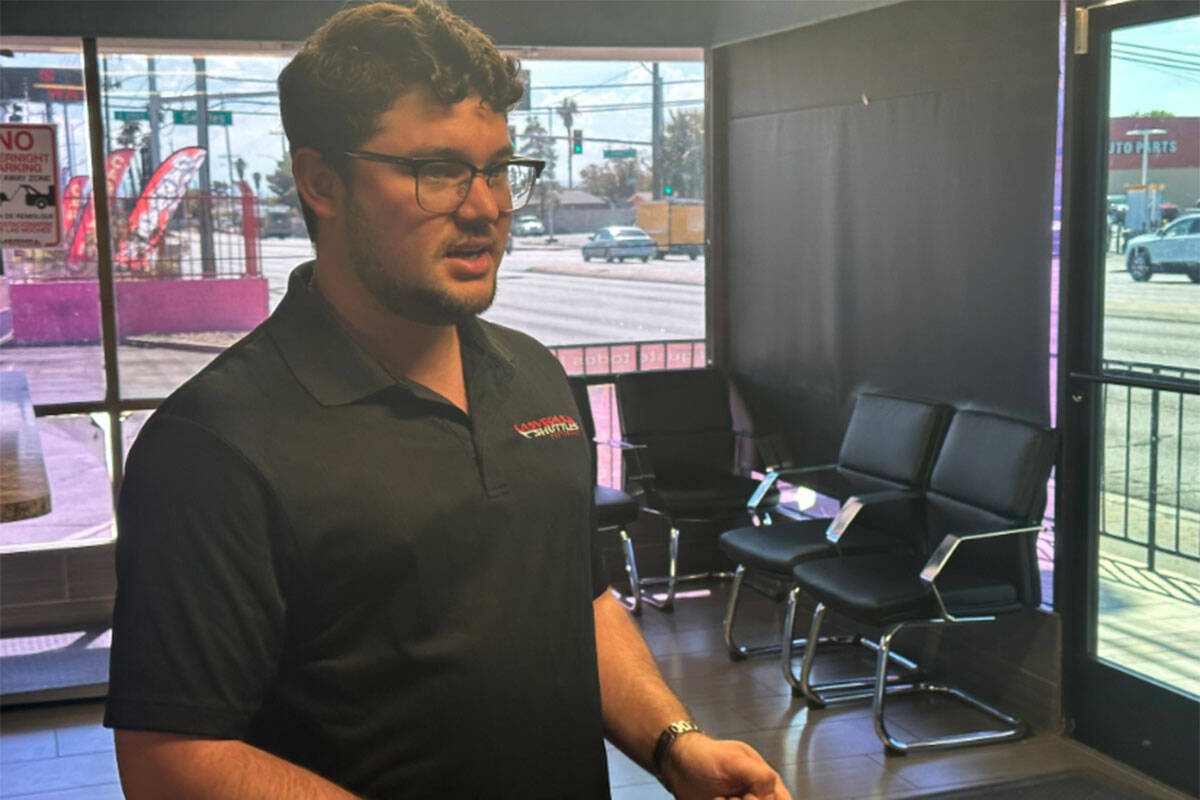 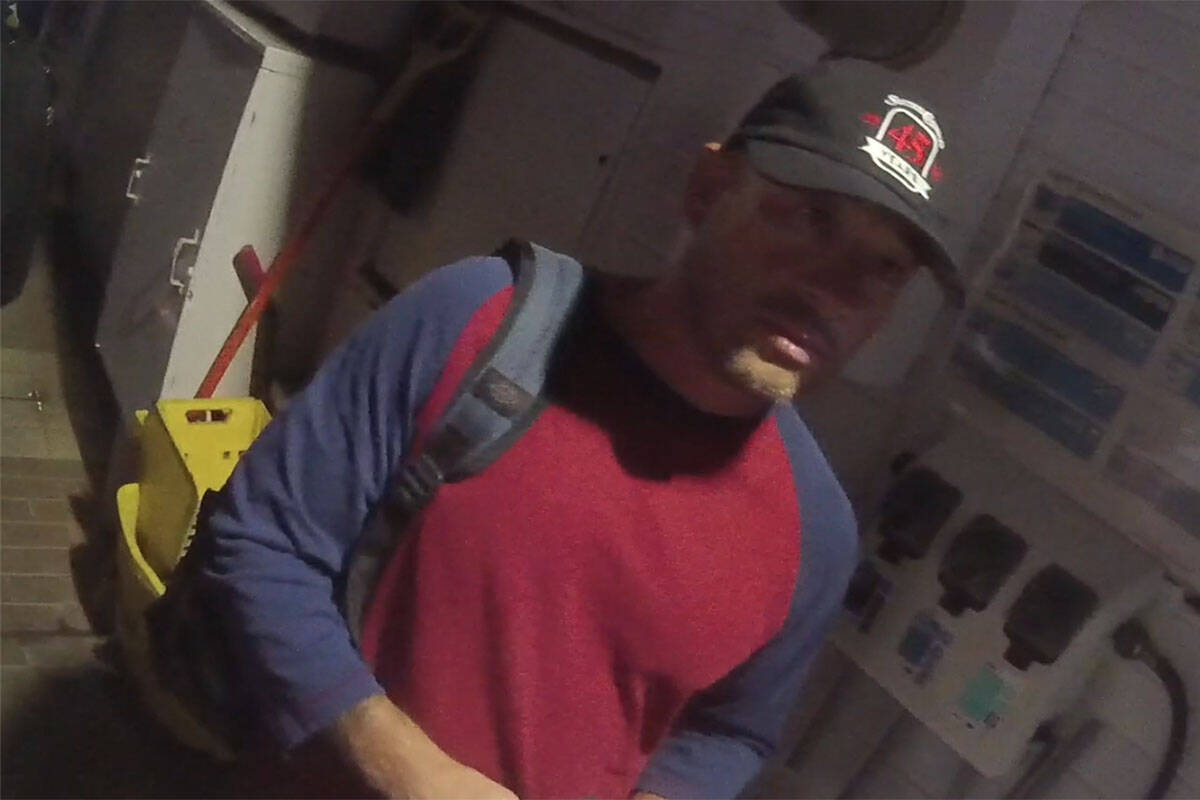 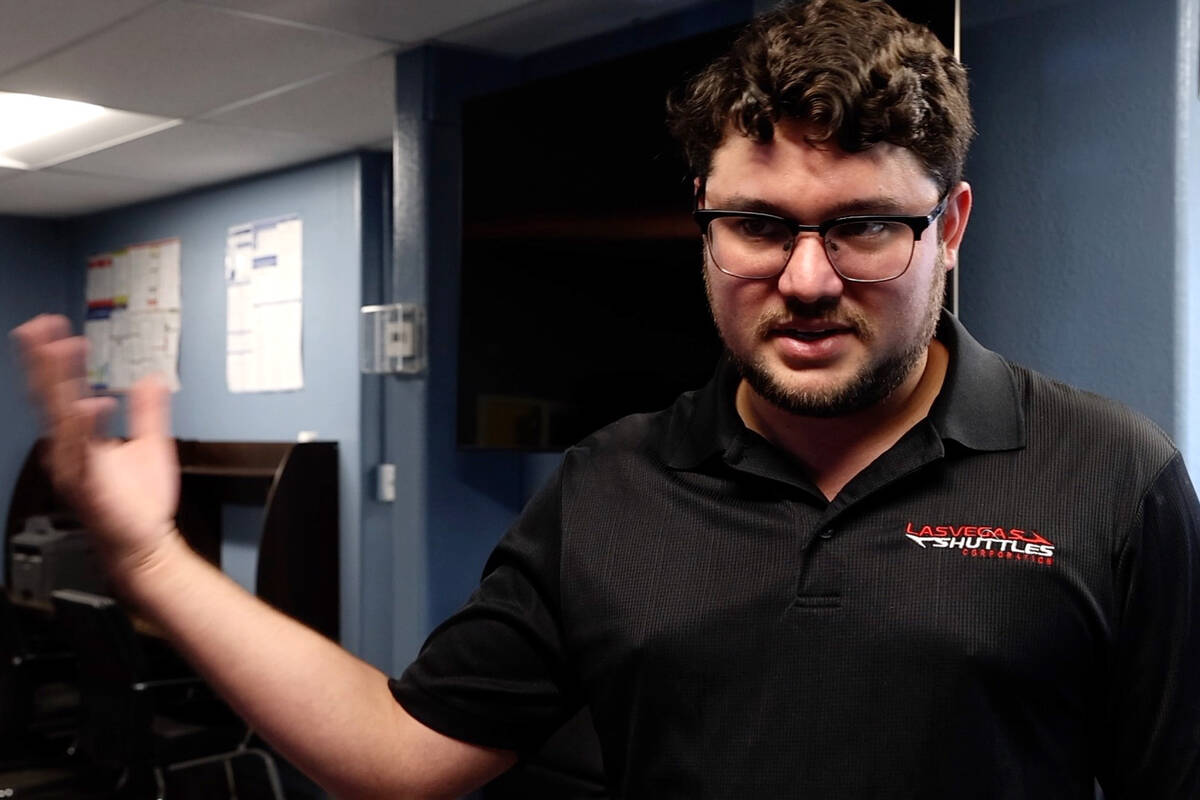 The general manager of a Las Vegas shuttle bus company said he called police after a coworker recognized the escaped Luxor bomber.

Gabriel Delgadillo, 29, of Las Vegas Shuttles Corp., said he was notified by the coworker at 8:40 p.m. Wednesday that Duarte-Herrera had bought a ticket for one of the company’s night trips to Tijuana under the name Erik Martinez.

After viewing surveillance footage and seeing that the man appeared to be Duarte-Herrera, Delgadillo called police at 9:30 p.m.

“She called me at about 8:40 p.m. saying she believed she had just checked in a ticket for a person they were looking for, Porfirio Duarte, so I told her to try to play along, be calm and relaxed, do everything as usual, and I will take care of it,” Delgadillo said.

Surveillance video from Las Vegas Shuttles, on North Eastern Avenue between East Washington and East Owens avenues, shows Duarte-Herrera being taken into custody as passengers were lining up for the trip to Tijuana.

Gary Schofield, the U.S. Marshal for Nevada, said later Thursday night authorities were still trying to officially confirm that Delgadillo’s tip was in fact the tip that led to the arrest.

“There’s a process for everything,” Schofield said. “He’s come forward, so the due diligence will be done to make sure it’s him.”

But Schofield said it initially appears that Delgadillo and his coworker seem to be the tipsters that triggered the arrest.

“Yeah, everything points to it,” Schofield said.

Authorities on Wednesday had said that a $30,000 reward will given to anybody who provides information that leads to the capture of Duarte-Herrera.

If it’s confirmed the pivotal tip came from Delgadillo, the $30,000 reward would be expected to go to him and his coworker.

Delgadillo said Duarte-Herrera had initially come to the North Eastern Avenue shuttle bus company on Tuesday at noon to buy a ticket with cash, but nobody recognized him.

Although a news story had broken earlier that day about Duarte-Herrera’s escape, the Nevada Department of Corrections hadn’t yet officially announced the escape until about 1 p.m. Tuesday.

Fortunately, Delgadillo said, the company’s Tuesday night trip to Tijuana was sold out so the escapee couldn’t get on that bus. “So that was lucky,” Delgadillo said.

The story of Duarte-Herrera’s escape began to gain more traction in the media, especially after Gov. Steve Sisolak publicly rebuked the department for what he said was its “unacceptable” handling of the escape of Duarte-Herrera.

Duarte-Herrera, 42, had been serving a life sentence at the Southern Desert Correctional Center for his role in the 2007 bombing at the Luxor hotel’s parking garage that killed Willebaldo Dorantes Antonio.

According to a statement issued late Tuesday afternoon by Sisolak, Duarte-Herrera had actually been missing from the prison since the weekend.

Delgadillo said that if they do in fact receive the $30,000 reward, it will be split with any worker at the company who contributed to the capture. He said he’ll probably go for a nice dinner and pay off his car.