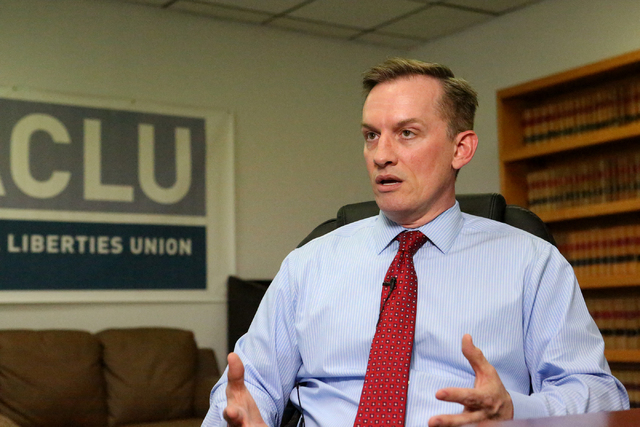 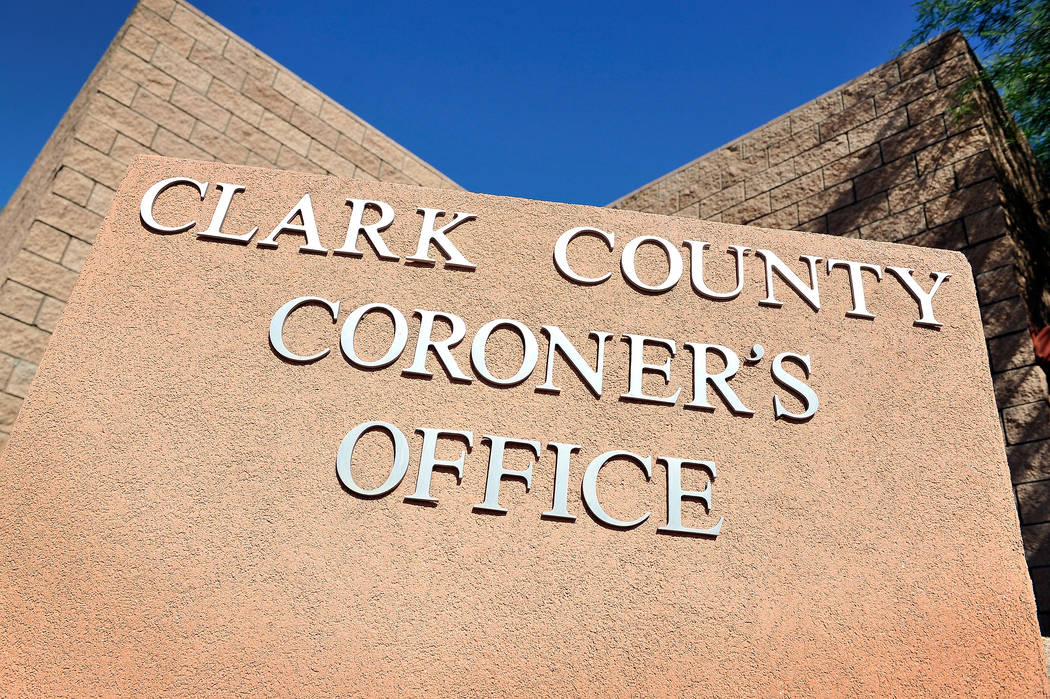 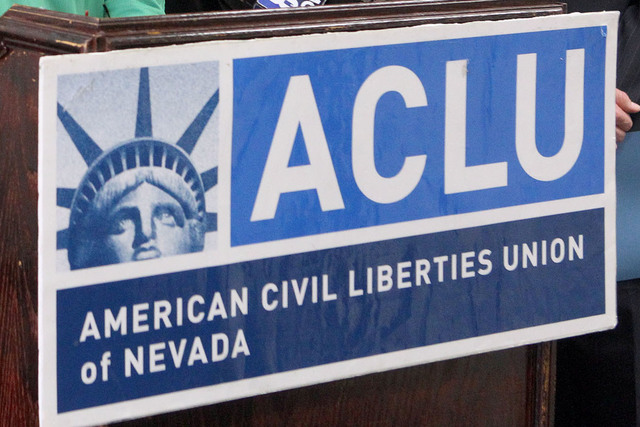 The ACLU of Nevada is calling on Las Vegas police to abandon the use of a neck hold following the weekend death of a man on the Strip after he was stunned with a Taser, punched and then rendered unconscious using the controversial technique.

Calling the death of Tashii Brown of Las Vegas “very strange,” Tod Story, executive director for the American Civil Liberties Union of Nevada, said Metropolitan Police Department officers should immediately halt the use of the technique, which reduces the flow of blood to the brain, to subdue combative suspects.

“Too many questions remain,” Story said.

Brown, 40, of Las Vegas, was pronounced dead about 1:40 a.m. Sunday at Sunrise Hospital and Medical Center after a struggle with police 40 minutes earlier. The Clark County coroner’s office had not determined a cause of death as of Monday afternoon.

Questions surrounding his death went unanswered by police on Monday.

Metro refused to answer questions about its policies with regard to the neck-restraint technique and how officers are trained to use it.

Different than a police shooting?

A Metro spokesman also drew a distinction Saturday on how the department handles officer-involved shootings and other in-custody deaths, saying it is not required to release information in the same manner, including naming the officer involved.

Story said he was under the impression that Metro policy was to release information about all police-involved deaths. The only difference between this incident and an officer-involved shooting is that there was no gun involved this time, he said.

The Metropolitan Police Department sent out a news release about the fatal encounter Sunday but have given no other details ahead of a planned briefing on Wednesday.

According to police, Brown approached two uniformed officers about 1 a.m. inside The Venetian, 3355 Las Vegas Blvd. South. He was described as “acting erratic” and paranoid and said the man told the officers “people were chasing him.”

He then left the hotel and tried opening the tailgate and the driver’s side door of a truck near the rear of the property, at which point the officers used a Taser on him. The Taser had an immediate effect on Brown, but the Police Department said he continued to fight with officers.

One officer then struck Brown multiple times with a closed fist and administered “a department approved control technique called the Lateral Vascular Neck Restraint,” according to the release. Brown became unresponsive and CPR was performed before he was taken to the hospital.

The Lateral Vascular Neck Restraint is a technique trademarked by the National Law Enforcement Training Center in Kansas City, Missouri. The technique calls for an officer to put pressure on the sides of a person’s neck to slow the flow of blood to the brain. The officer is instructed to place the elbow over the person’s windpipe so breathing is not obstructed.

Applying the neck restraint for between seven to 15 seconds will consistently render a person unconscious. Most people regain consciousness within 30 seconds.

Story pointed out that the department has faced million-dollar lawsuits in the past after neck restraints resulted in death. At least five people, including Brown, have died since 1990 after police applied some form of neck restraint, he said.

“This particular technique has resulted in the deaths of other individuals,” Story said. “Why is it being used?”

Metro officers typically use the tactic dozens of times each year. It was used 51 times in 2016 and 45 times in 2015, according to a report released last week that analyzed the agency’s use of force.

The use of neck holds by police has grown as a source of controversy since the 2014 death of Eric Garner in New York City. A cellphone video captured the man telling police he could not breathe just before he died as a result of a police choke hold.

But police chokeholds have been a subject of debate for decades. The Los Angeles Police Department banned chokeholds that restrict the windpipe in 1982. And in 1992, Los Angeles police restricted the use of the Lateral Vascular Neck Restraint (LVNR), also called a carotid restraint, to incidents that require deadly force. The Los Angeles Times reported at the time that the city had 16 deaths attributed to the carotid restraint in the previous seven years.

There is also a difference of opinion within the Las Vegas Valley. The policies of the North Las Vegas and Henderson police departments prohibit the use of the LVNR.

“The use of the carotid restraint can cause the unintentional death of a person on whom is applied,” the Henderson police policy manual reads. “This is an unacceptable risk which shall not be taken lightly by employees of this Department.”

Although Metro declined to talk about the practice Monday, a 2013 Department of Justice report on Metro classifies the carotid restraint as a defensive tactic, a category that includes skills like hand-to-hand combat, takedowns, hand strikes, handcuffing techniques and ground defense.

In last week’s report on use of force statistics, the agency categorizes the neck restraint as “non-deadly force.”