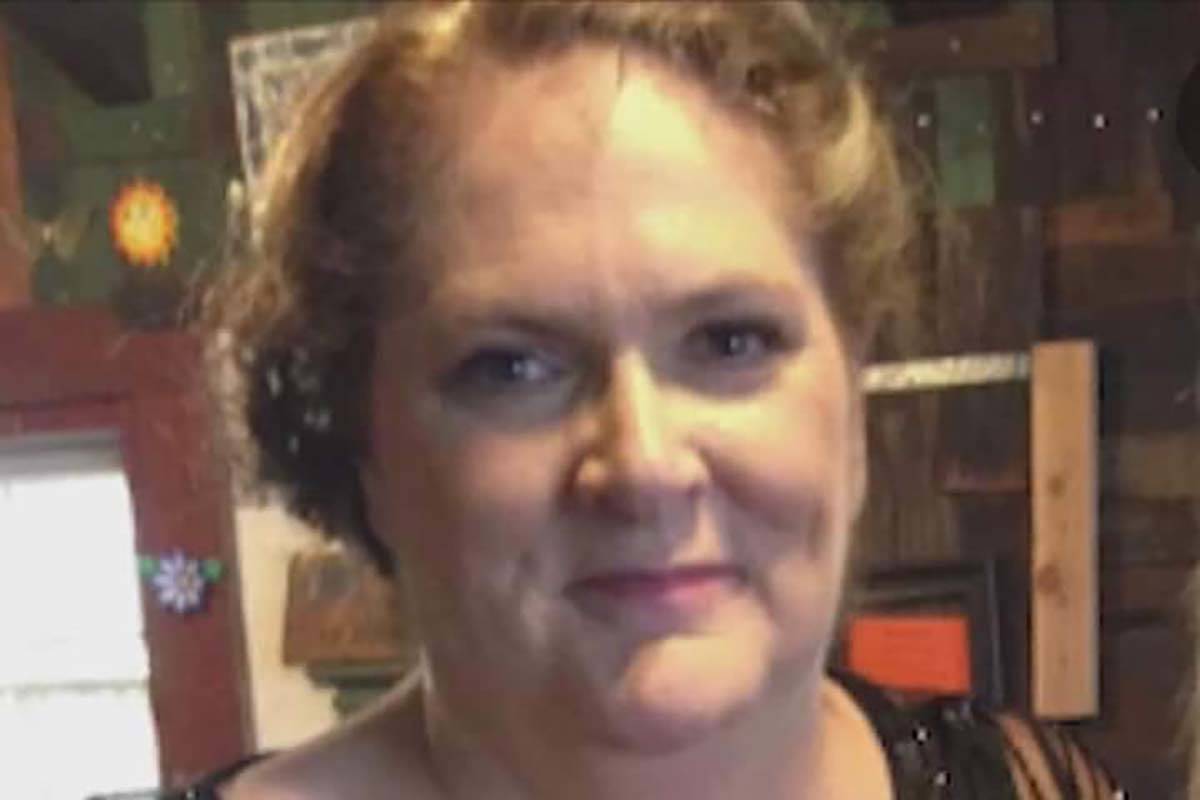 Kimberly Gervais of California, who was wounded in the 2017 mass shooting on the Las Vegas Strip, died Nov. 15, 2019. (Facebook) 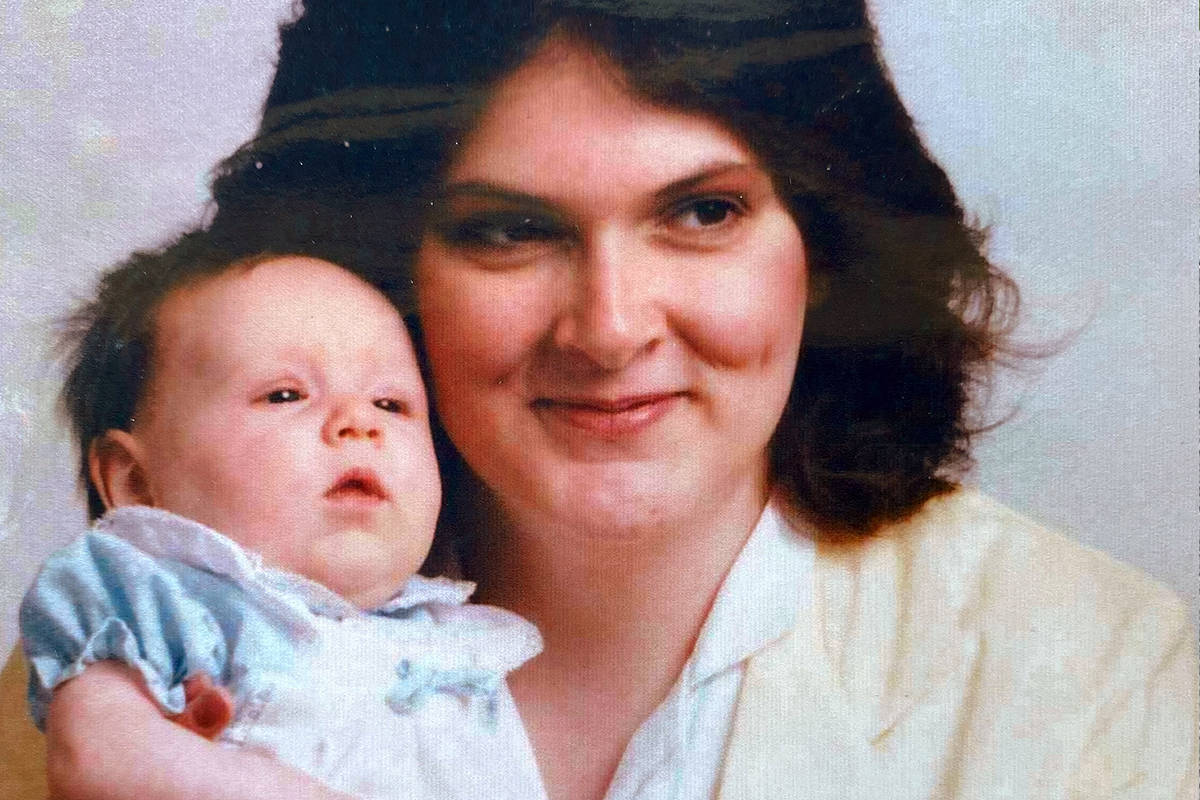 An undated photo of Kimberly Gervais with her oldest daughter, Amber. Gervais, 57, has officially become the 59th victim of the 2017 mass shooting in Las Vegas. (Amber Manka) 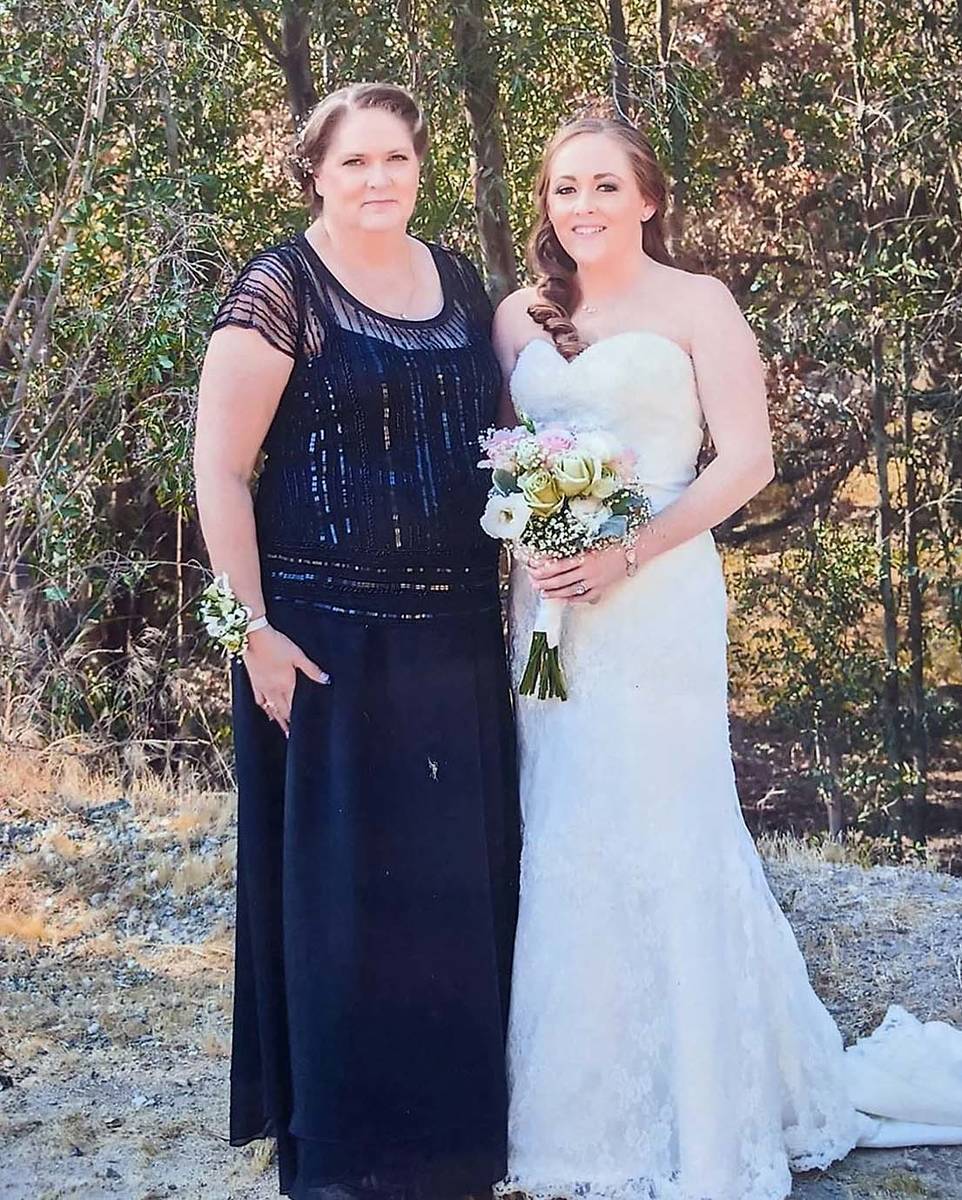 Kimberly Gervais, left, with her oldest daughter, Amber Manka, during Manka’s wedding day in May 2015. Gervais died Nov. 15, 2019, in California, more than two years after she was paralyzed during the Oct. 1, 2017, mass shooting in Las Vegas. (Amber Manka) 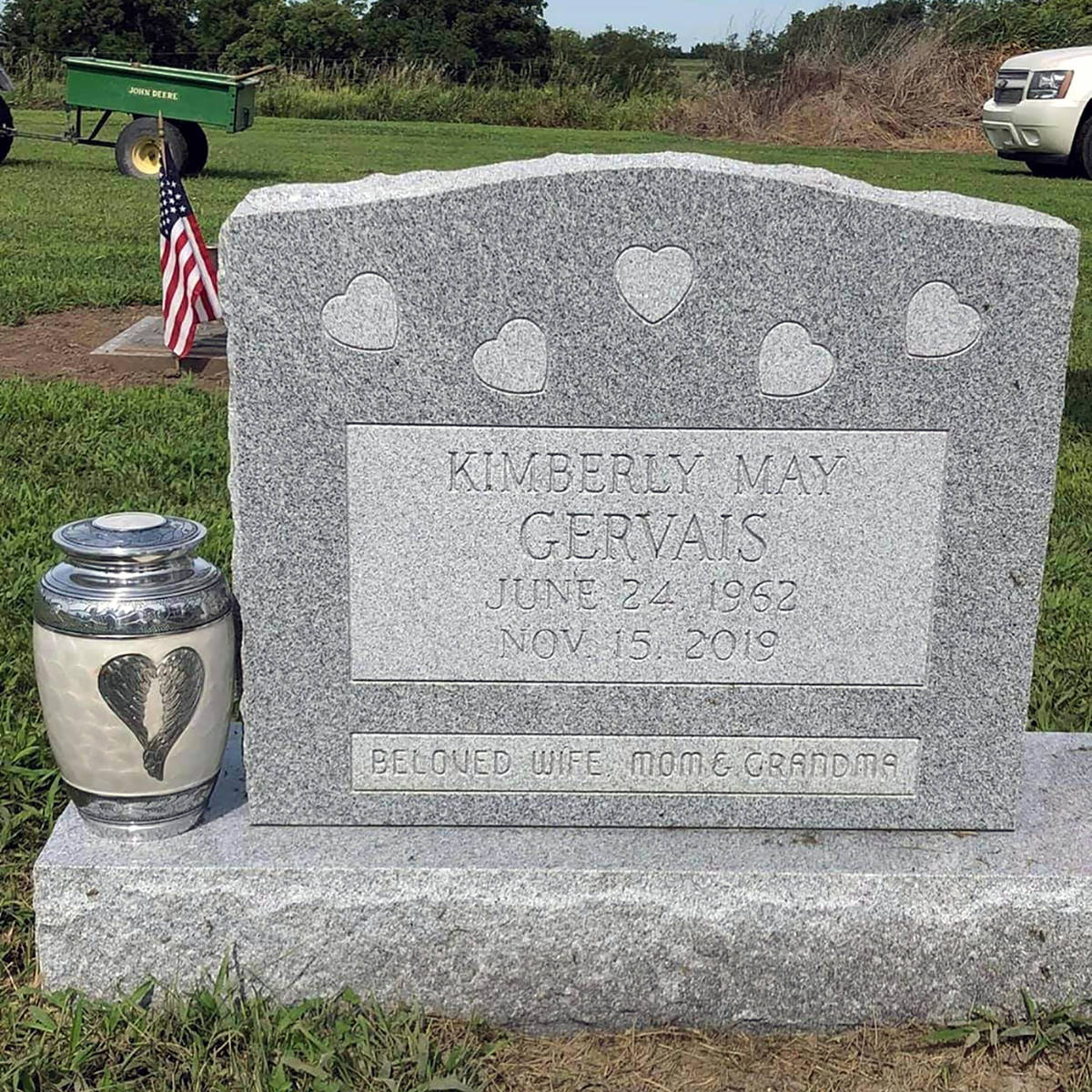 Kimberly Gervais, who has officially become the 59th victim of the 2017 mass shooting in Las Vegas, was laid to rest in July just outside her hometown of Kansas City, in the small Missouri town of Malta Bend. (Amber Manka)

On Friday, a San Bernardino County medical examiner attributed the Nov. 15 death of Kimberly Gervais, 57, to complications of the spinal injuries she suffered in the shooting, according to Mike Sutcliffe, a supervising deputy coroner investigator for the San Bernardino County Sheriff’s Department. The ruling comes more than nine months after her death at the Redlands Community Hospital in Southern California.

But the Metropolitan Police Department is not increasing the official death toll.

“The number is not going to change,” spokesman Larry Hadfield said Monday.

He declined to elaborate on the department’s decision, though he added, “I think they have to look at everything a little bit more. That’s the answer as it stands right now.”

Fifty-eight people were initially killed and hundreds more were injured in the shooting, which unfolded on the final night of Route 91, a three-day country music festival on the south end of the Las Vegas Strip.

Neither Las Vegas police nor the FBI could determine a motive for the shooting. The gunman killed himself.

The last of the 58 victims was pronounced dead on Oct. 3, 2017, and the official death toll has not been raised since then.

At the time of Gervais’ death, the department said any changes to the death toll would be dependent on the woman’s official cause and manner of death.

‘I want her to be remembered’

“I feel like I can finally take a deep breath,” said the woman’s oldest daughter, Amber Manka, who was unaware that a ruling by the San Bernardino county coroner had been made until a Las Vegas Review-Journal reporter called her on Monday.

In an exclusive interview a day earlier in Corona, California, Manka said not knowing for more than nine months whether her mother would be considered the 59th victim had been isolating in some ways.

“Of course I want her to be remembered,” Manka said Sunday as the shooting’s third anniversary approached. “But I’m very cautious of not wanting to harm the other 58 families in some way if they feel a certain way about it.”

Manka could not be reached Monday evening for comment on Metro’s decision to leave the death toll unchanged.

Gervais was left quadriplegic from a bullet that lodged in her C7 vertebra during the mass shooting on Oct. 1, 2017. Shrapnel had scattered from shoulder to shoulder, and for the next two years Gervais was in and out of hospitals and treatment centers, according to Manka.

In an interview at his office on Monday, Sutcliffe explained the delay in reaching conclusions about the death, which was ruled a homicide.

“In a general sense, when we’re looking at remote gunshot wound cases, there are typically other intervening medical problems that can complicate the actual cause of death,” he said. “So even though there were a bunch of other injuries and conditions, none of those things would have occurred if not for the original injury.”

Sutcliffe said the San Bernardino County Sheriff’s Department had been in contact with both Metro and the Clark County coroner’s office since Gervais’ death. The Sheriff’s Department reached out to Metro on Friday afternoon about its ruling but had not heard from Las Vegas police as of late Monday morning.

“Our position in this particular case is that it’s only our case by happenstance,” Sutcliffe said. “Our approach to this case was that while she may have passed away in our jurisdiction, which gave us primary authority over the autopsy, it’s still a Las Vegas Metro case.”

Gervais, a lifelong country music fan, attended Route 91 with her friends Dana Smith and Pati Mestas, one of the original 58 victims.

When the gunfire erupted during headliner Jason Aldean’s set, Gervais suddenly dropped to the ground. Two men ran to her side and, using an American flag bandana, pressed on her wound to control the bleeding.

Moments later, one of the men was shot in the leg as he knelt beside Gervais. According to Manka, had the stranger not stopped to help her mother, that bullet would have struck Gervais in the head.

The men used a piece of a broken fence to carry Gervais, who was unable to move her legs and arms, out of the concert grounds.

She spent the next two weeks in the ICU at Sunrise Hospital and Medical Center, a hospital stay that would set the tone for the next two years of her life.

Gervais, once a fiercely independent woman who spent her weekends riding quads in the California desert, now relied on a wheelchair and depended on her two daughters to complete everyday tasks: brushing her teeth, eating, bathing.

Yet, Manka has said, her mother displayed “superhuman strength” during the last two years of life. She fought until the end, even surviving two near-death instances during a hospital stay last June, according to Manka.

Gervais was laid to rest last month just outside her hometown of Kansas City, in the small Missouri town of Malta Bend, where her grandmother’s family once owned a farm.