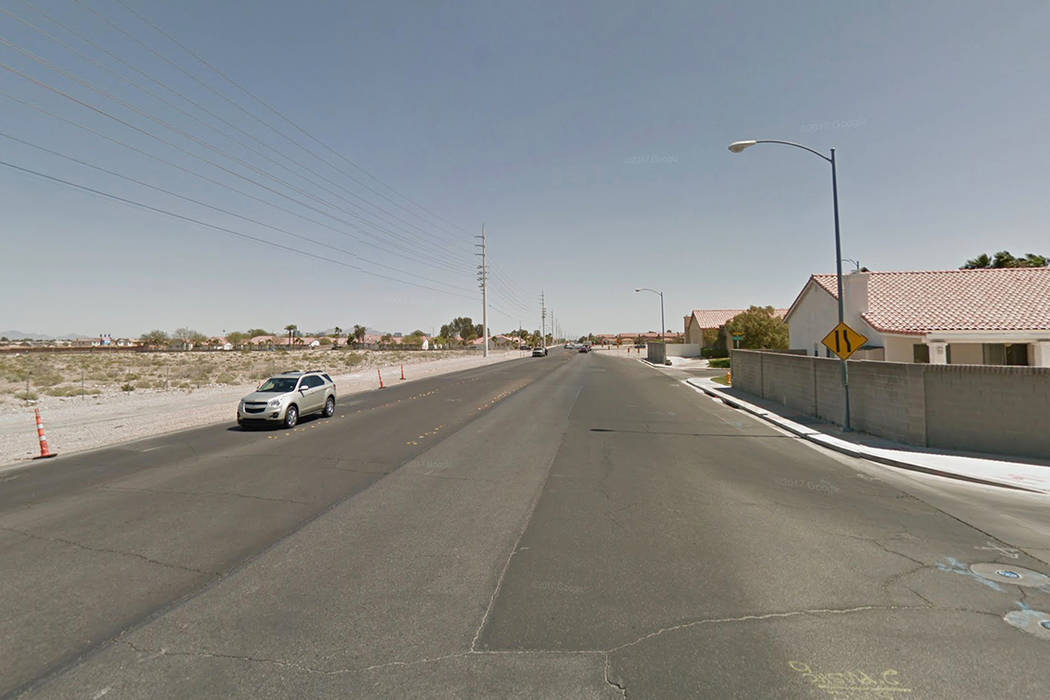 Police initially received a call of a suspicious death about 7:30 p.m. at the apartment complex on the 8000 block of West Russell Road, near Buffalo Drive. Google Street View.

A woman in her early 20s was found dead next to her car Thursday night in the southwest valley.

She was supposed to meet her boyfriend or brother, police said. When she didn’t show up, the pair drove around looking for her and found her body inside an open garage at her apartment complex.

Metropolitan Police Department homicide detectives said it appeared she was going to her car when she was attacked.

Police received a call of a suspicious death about 7:30 p.m. at the apartment complex on the 8000 block of West Russell Road, near Buffalo Drive.

McGrath said it looked like there might have been a struggle. The specifics of the attack weren’t clear, but police said she appeared to have head trauma.

“At this point, this is a homicide investigation,” he said.

A third person getting out of a car discovered the woman’s body first, shortly before the brother and boyfriend arrived, McGrath said.

Officers were speaking with them and planned to check with neighbors whether they heard a scuffle.

McGrath said the woman was last seen at the apartment complex office about 5:30 p.m., about two hours before she was found dead. He didn’t know whether she was followed to the garage.

The Clark County coroner’s office will identify her once next of kin is notified.

“We’re going to try to move as quickly as we can to find out who did this and why they did it,” McGrath said.

It was the second homicide Metro investigated Thursday.

Two hours before the woman was found, a man between 25 and 30 years old was shot dead about 5:15 p.m. near an apartment complex pool at 6800 E. Lake Mead Blvd., McGrath said earlier at the east valley scene. A 14-year-old girl was also shot in the wrist area and was being treated at University Medical Center.

The attack appeared to have stemmed from a problem between the shooter and victim, he said, and the attack looked targeted.