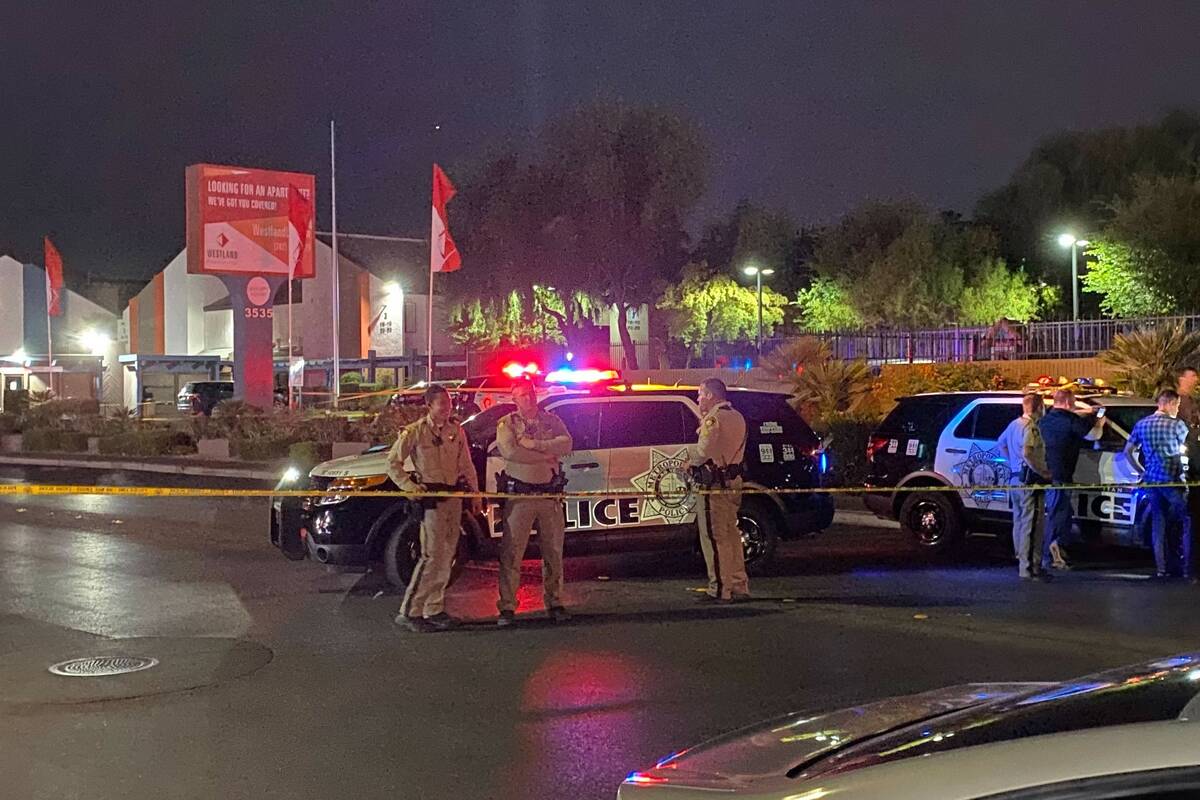 A homicide investigation was ongoing in the 3500 block of Cambridge Street on Thursday, June 16, 2022, after a shooting around 7:10 p.m. (David Wilson/Las Vegas Review-Journal)

Bickham was one of two people shot around 7:10 p.m. in the 3600 block of Cambridge Street, near Desert Inn Road and Maryland Parkway, according to Metropolitan Police Department Lt. Jason Johansson.

Johansson said at the time that three male suspects were outstanding, but it was unclear how many people fired shots.

No arrests had been made as of Tuesday morning.