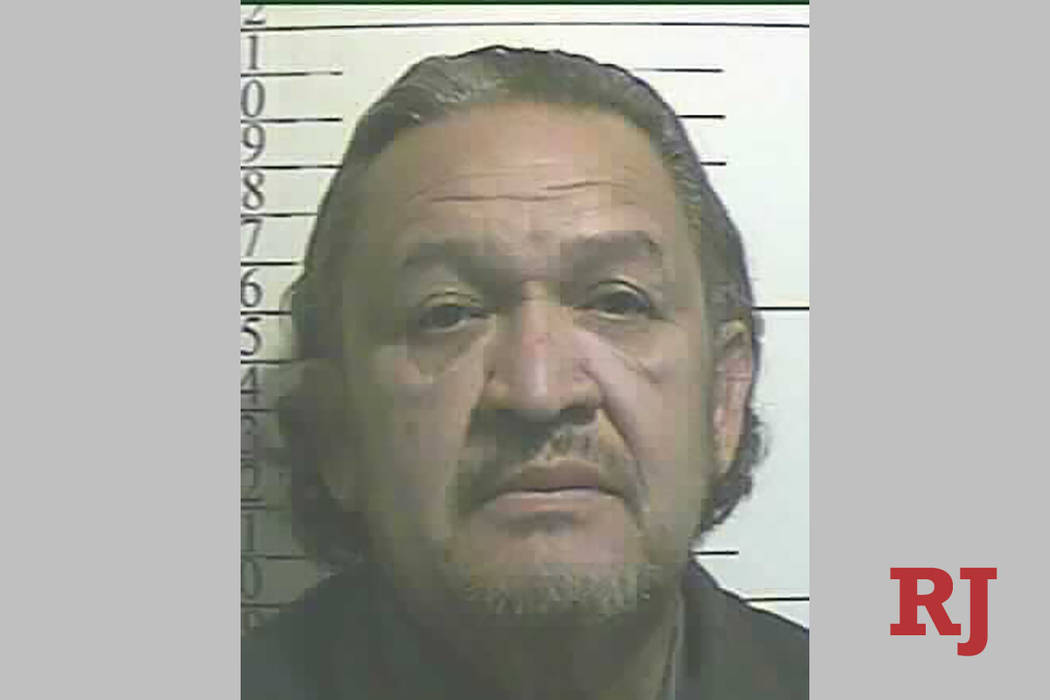 A former owner of a North Las Vegas strip club who was convicted of second-degree murder in the death of an ex-employee a decade ago has died, the Nevada Department of Corrections announced Friday.

Luis Hidalgo Jr., 68, died about 1:45 a.m. Thursday at the Regional Medical Facility inside the Northern Nevada Correctional Center in Carson City, Nevada, the department wrote in a statement Friday afternoon.

Hidalgo, who was incarcerated on July 16, 2009, had been serving a life sentence with the possibility of parole for second-degree murder and conspiracy to commit battery with a deadly weapon or battery resulting in substantial bodily harm, the statement said.

Hidalgo and his son, Luis Hidalgo III, were convicted in February 2009 in the death of 44-year-old Timothy “T.J.” Hadland, who had been fired from his job as a doorman at the Palomino Club.

Hadland was fatally shot on a deserted road near Lake Mead on May 19, 2005. Flyers for the strip club were scattered around his body.

Hidalgo and his son orchestrated the slaying of Hadland after he bad-mouthed the Palomino Club and its owner to cabdrivers, costing the business thousands of dollars in lost revenue, according to a police report.

Authorities said Hidalgo put out a $6,000 contract on Hadland’s life.

A friend of Hadland’s recruited a gunman and two club employees and lured Hadland to the isolated road, claiming that he wanted Hadland’s help buying marijuana, according to court testimony. Hadland, who was camping at Lake Mead with his girlfriend at the time, agreed to meet.

The hired gunman, Kenneth Counts, sneaked out of a minivan and shot Hadland twice in the head, according to court testimony. Counts was convicted of conspiracy to murder and sentenced in 2008 to between eight and 20 years in prison. NDOC records show that he is no longer in state custody.

Hidalgo would have been eligible for parole in 2029, according to court records.

The cause and manner of his death will be released by the coroner at the Carson City Sheriff’s Office.