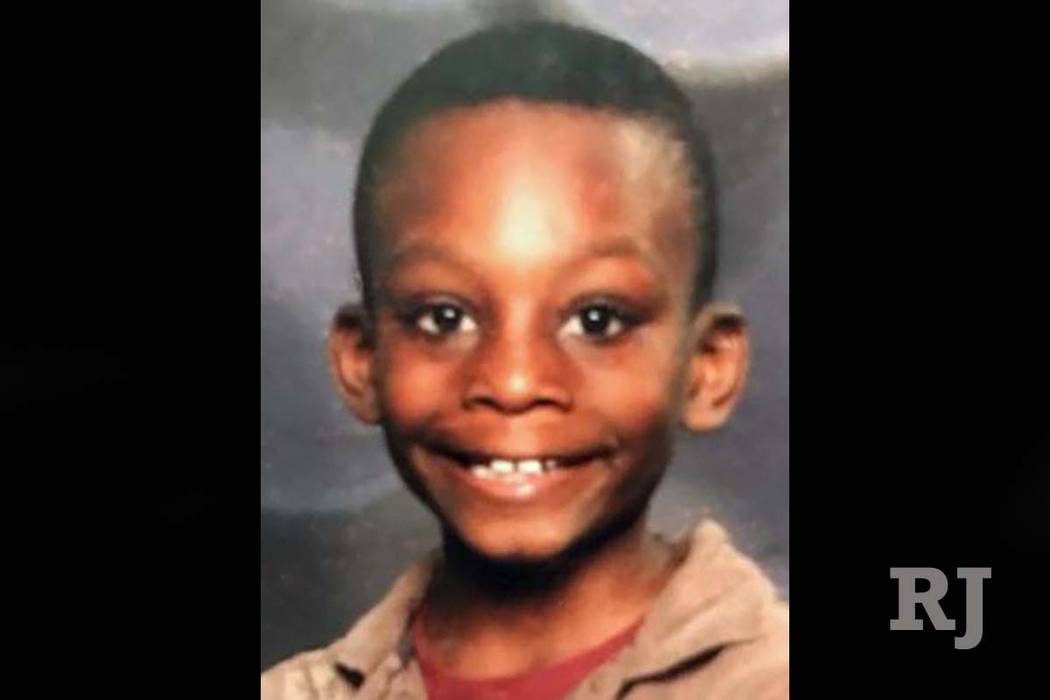 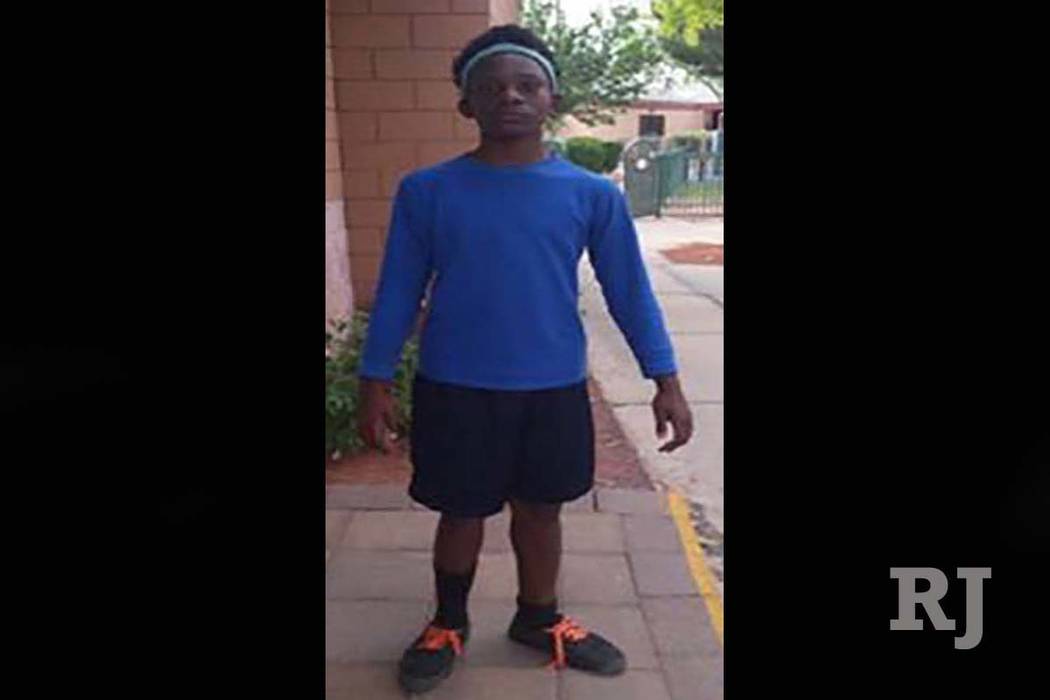 Las Vegas police suspect the body discovered in a desert lot Tuesday is that of 13-year-old Aaron Jones, the department said Wednesday.

The body was discovered by two men about 3:30 p.m. Tuesday in a desert lot behind the Siegel Suites at 3625 Boulder Highway, near Sahara Avenue. The body was wrapped in plastic with rocks placed on top of it, police said.

Aaron, who police said lived at that Siegel Suites with his family for a short time late last year, was reported missing April 14 and was last seen Jan. 1 in the area of Nellis Boulevard and Owens Avenue, police said. The Clark County School District declined to provide any information about the boy, including when he was last at school.

Metropolitan Police Department Lt. Dan McGrath, of the homicide unit, said Tuesday that Aaron’s family was canvassing the area with missing persons fliers when they saw the body.

The family also has a history with Child Protective Services, and Aaron’s father, Paul Darell Jones, was taken into custody April 1, he said.

Jones, 33, pleaded guilty to a charge of child abuse in 2015 and was sentenced to up to two years of probation. His probation was revoked this year, and he was sentenced Monday to serve a year in the county jail.

He said Wednesday night from a cell block at the Clark County Detention Center that he did not harm his son. He still doesn’t know for sure if the body found was his Aaron’s, he said over a videoconference.

“If it is him, It’s going to crush me because I would never do that to any child,” he said.

He said he didn’t report his son missing sooner because he did not want to go to jail.

“I even took the effort to go out and look for him also, so it ain’t like I didn’t do nothing,” he said.

Jones said he was questioned by police, but declined to elaborate without first speaking to an attorney. He said didn’t know who could have hurt his Aaron.

In the 2015 child abuse incident, Las Vegas police records show Jones was accused of hitting his stepdaughter and son, who were 14 and 3 years old at the time, with a cable cord. The stepdaughter showed a school counselor marks on her arm and said Jones was “mean and physically abuses her and her siblings.”

Child Protective Services also responded to the school that day. An investigator told police 10 children, ranging in age from 1 to 14 years old, lived at the home. The 3-year-old boy was found to have marks on his thigh and upper back that looked like the marks caused by the cable cord, the report said.

Jones told police he hit his stepdaughter with the cord when she refused to wash the dishes. He denied hitting the young boy.

Aaron, who would have been about 11 at the time of that incident, was not listed in the police report as one of the children living with Jones.

Aaron’s family members told detectives that they believed the boy’s father was behind his disappearance. Aaron’s grandmother declined to comment Wednesday.

If the body is positively identified as Aaron, his father will be looked at as a suspect, McGrath said Tuesday.