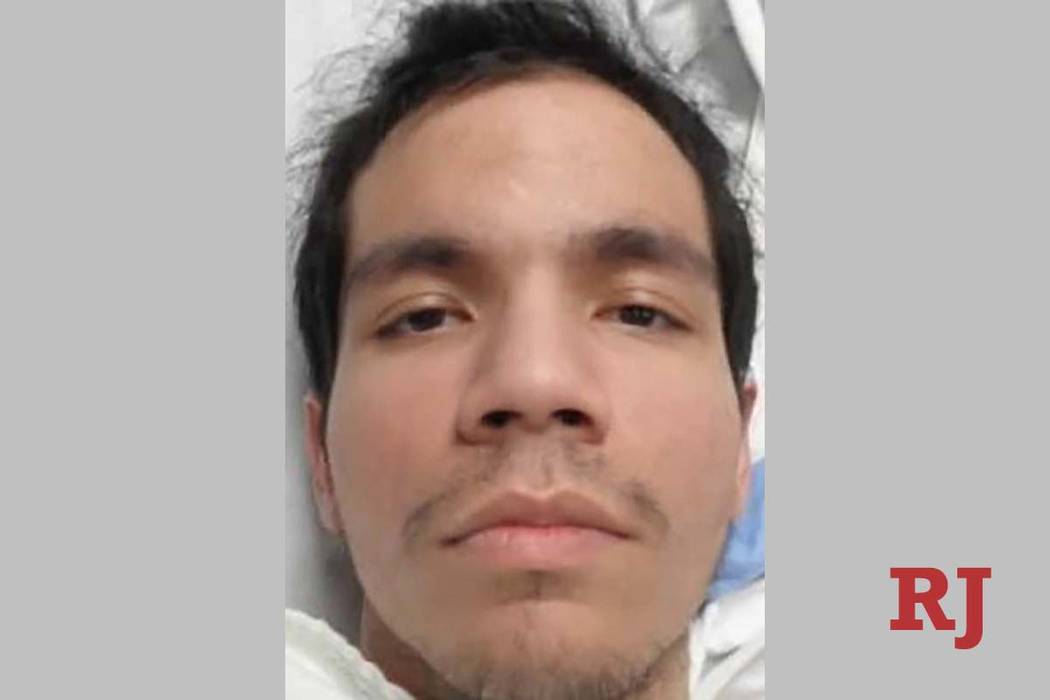 A man sought in the 2019 slaying of a defrocked priest in Henderson has been booked in a Southern Nevada jail on a murder charge.

Clark County Detention Center booking records indicate Derrick DeCoste, 26, was booked at the jail Monday on charges of murder and robbery, both with use of a deadly weapon.

The Review-Journal reported in June that DeCoste was wanted by Henderson police in the robbery and shooting death of disgraced former priest John Capparelli, 70.

Capparelli’s body was found on March 9 inside his Henderson home in the 1400 block of Bonner Springs Drive, near Eastern Avenue and Reunion Drive, police said. Capparelli was previously a priest in New Jersey who was named in a list of clergy who “have been credibly accused of sexual abuse of minors” in the Roman Catholic Archdiocese of Newark, New Jersey.

An arrest warrant for DeCoste obtained by the Review-Journal in 2019 said DeCoste encountered Capparelli when he responded to a Craigslist post seeking young men to wrestle. Decoste, then 25, was “eager to make money” and responded to the advertisement, his girlfriend told police, according to Decoste’s arrest warrant. It was after his second visit to the former priest’s home that he mentioned robbing the man, she told investigators.

“(The girlfriend) later stated that when Decoste went to the victim’s residence to rob him, he would later claim to her that he instead ‘chickened out,’ ” although he added that he stole wrestling underwear and some wristwatches from the man, according to the documents. She also gave police a bag containing Decoste’s 9 mm handgun and several wristwatches.

A face on one of the watches bore the logo “Newark Teachers Union — Local 481,” which Capparelli’s brother confirmed the former priest received upon becoming vice president of the union in 2008, the warrant said.

Police drafted a warrant on April 4 for Decoste’s arrest on charges of murder and robbery, each with a deadly weapon. Decoste was in jail at the time in Oakland County, Michigan, on unrelated charges. Henderson police said then he was awaiting extradition to Nevada.

Property records indicate that Capparelli bought his Henderson home in 2016 and sold a home in New Jersey about that same time.

Among the previous accusations against Capparelli was that he had created and maintained a “fetish” wrestling website featuring pictures of young athletic men wrestling in tight swimsuits, one of his accusers, 52-year-old Rich Fitter, said in March.

While probing his killing, Henderson investigators found hundreds of homemade DVDs featuring “nearly-nude men wrestling inside of Capparelli’s home, presumably while the victim filmed them” and handwritten logs suggesting he “often kept the company of prostitutes or paid entertainers,” the warrant said.

They discovered a printed Craigslist ad that Capparelli had placed seeking “young and good looking men” who would be willing to wrestle and or compete in “submission matches,” the warrant said.

Neighbors had seen Capparelli alive on March 6. Phone records showed Capparelli exchanged several calls and texts with a cellphone number associated with Decoste from Feb. 21 to that day, the warrant said.