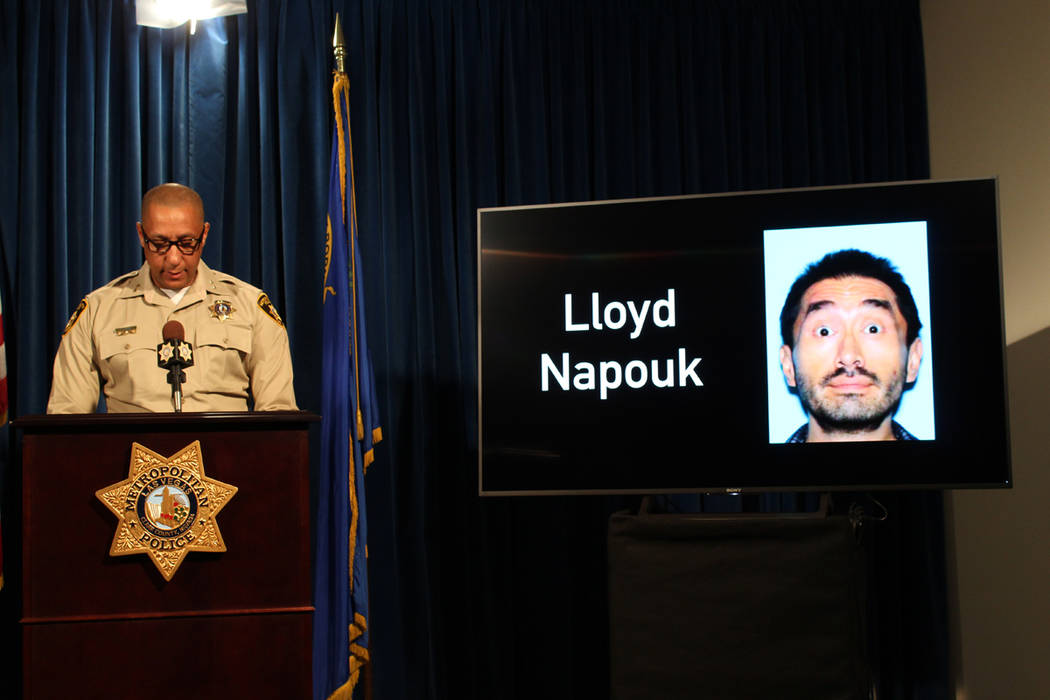 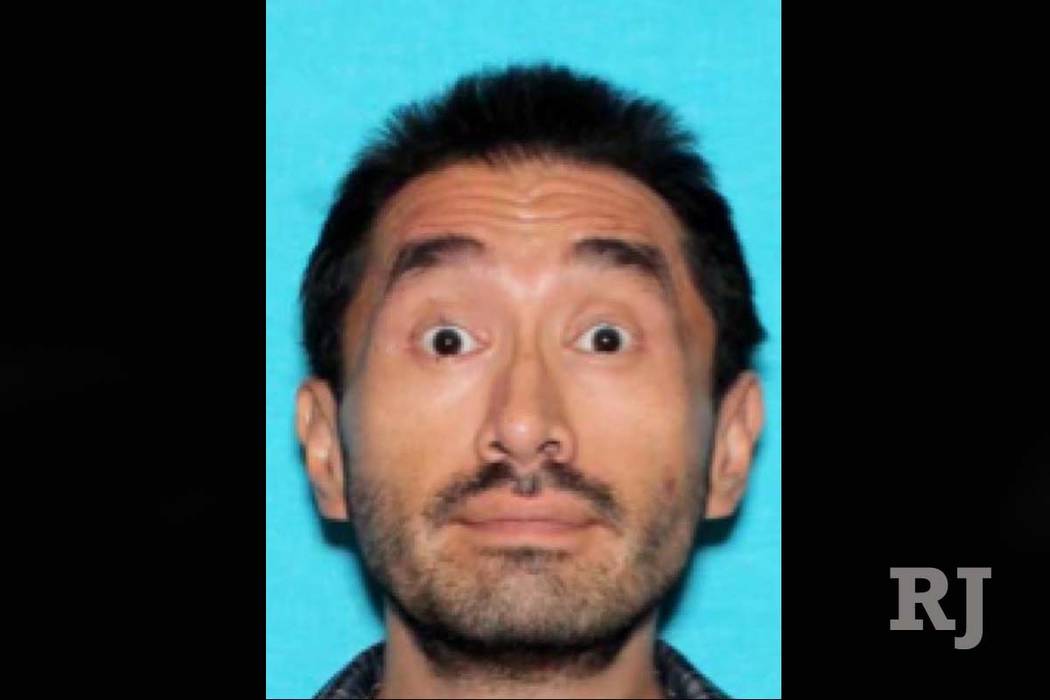 Las Vegas police say this is the weapon that Lloyd Napouk was carrying when he was shot and killed by officers on Saturday, Oct. 27, 2018. It is made of plastic and electrical tape. (Las Vegas Metropolitan Police Department) 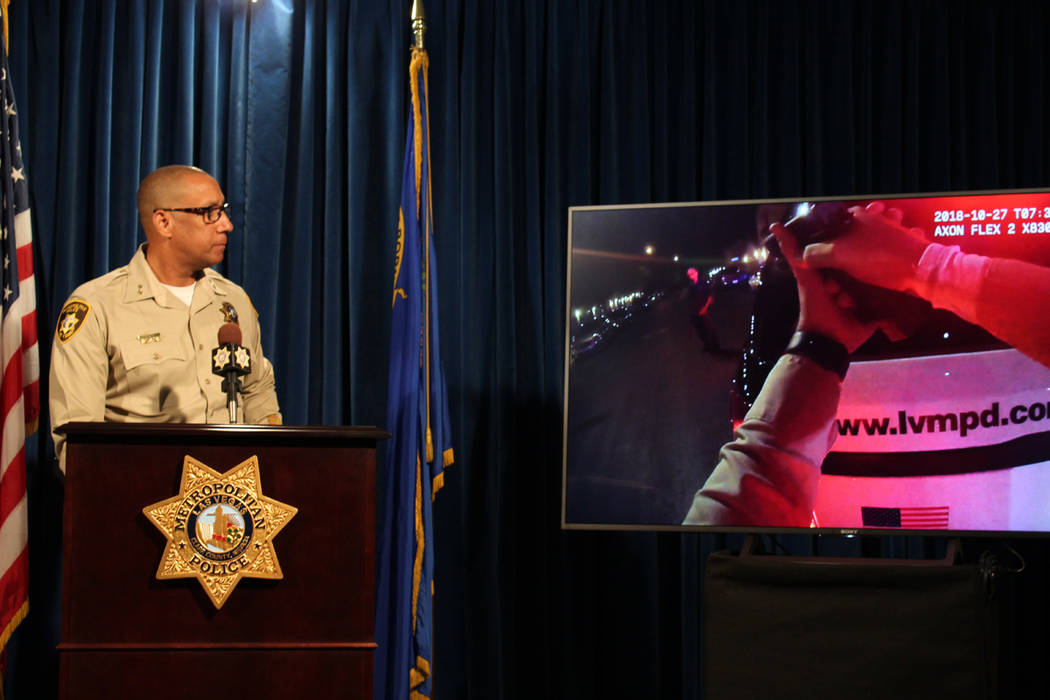 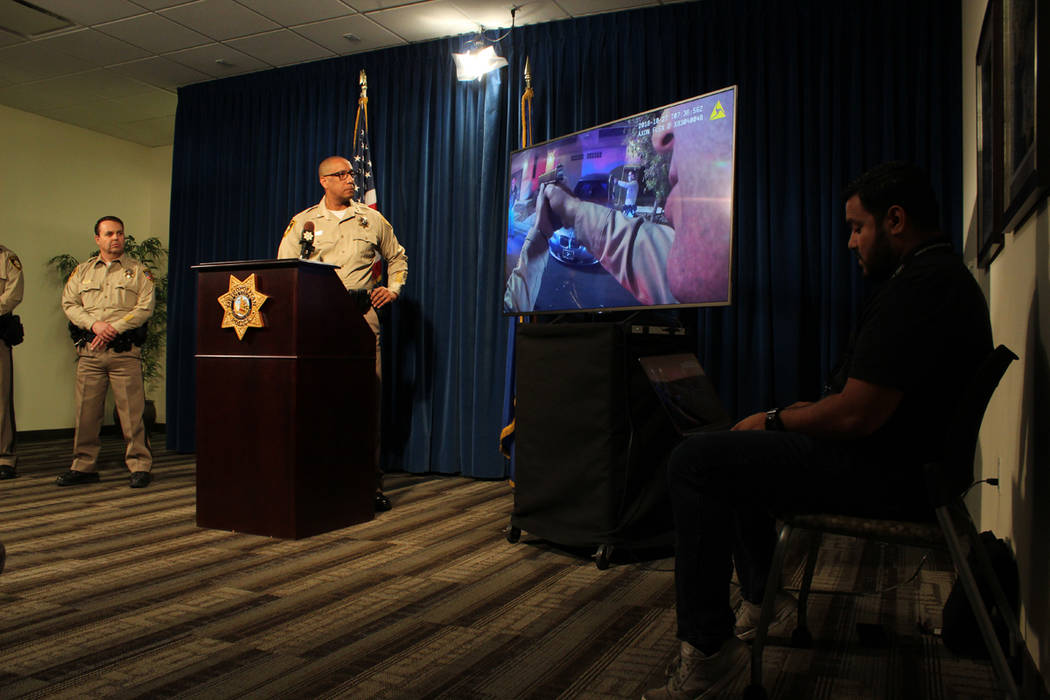 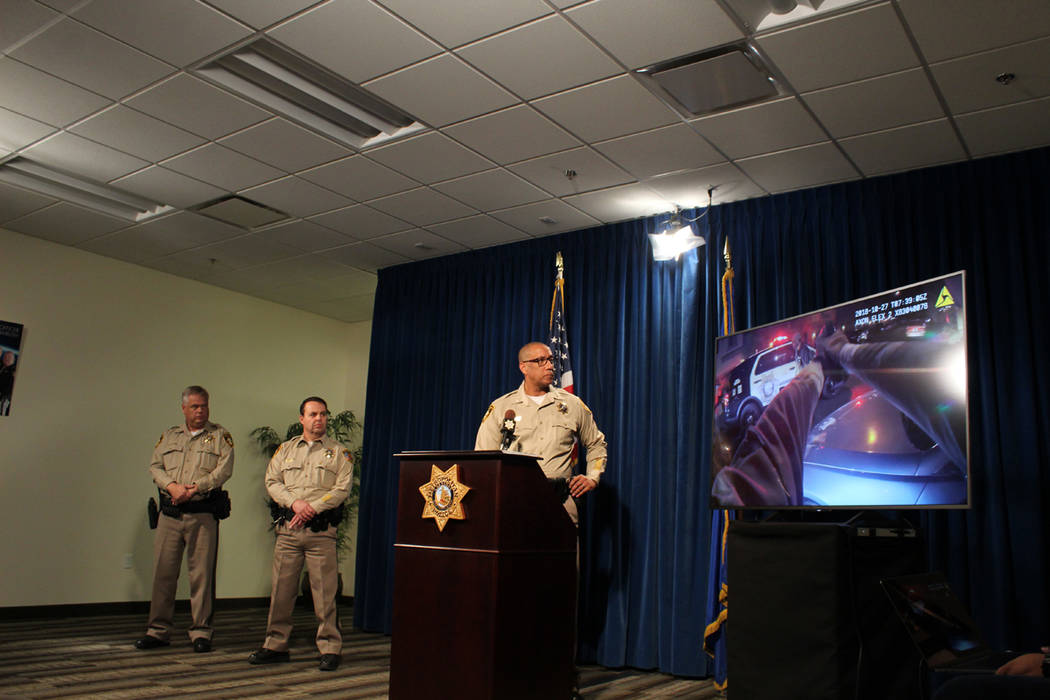 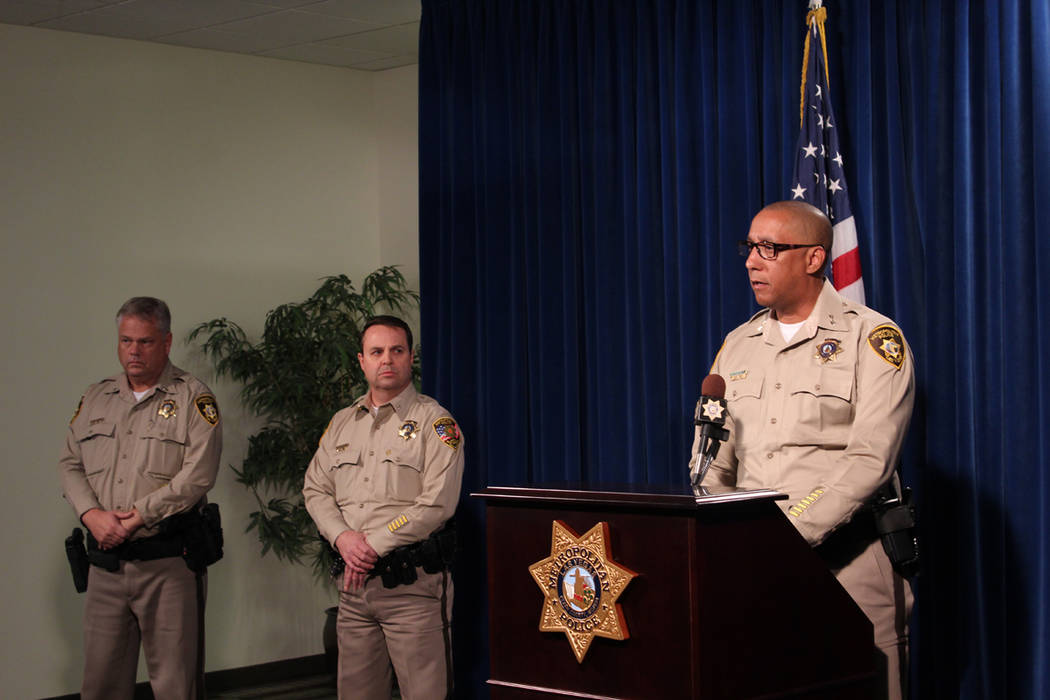 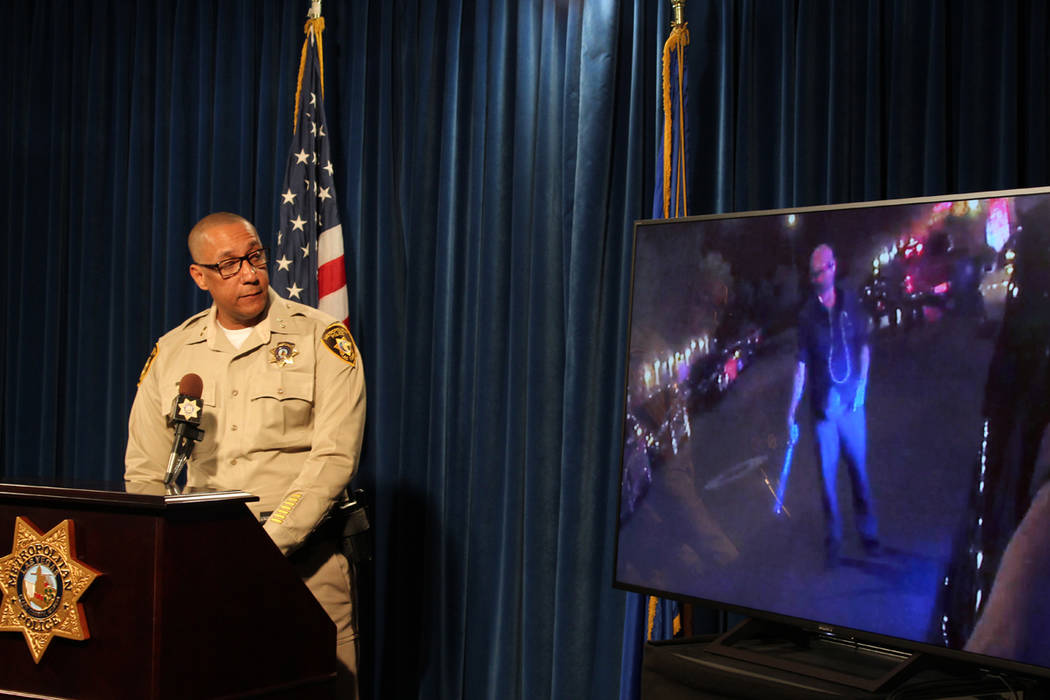 Lloyd Napouk was armed with a homemade plastic sword that was “very special to him” when he was shot and killed by Las Vegas police early Saturday.

“We have information in talking with the folks related to him that he had made this device. He called it a sword. He was very proud of it,” Metropolitan Police Department Assistant Sheriff Charles Hank said at a Tuesday press conference. “He really looked at it as being very special to him.”

The 44-year-old suspect was killed just before 12:40 a.m. following a roughly five-minute negotiation with Metro Sgt. Buford Kenton, 36, and officer Cameran Gunn, 29, both assigned to the department’s Enterprise area command.

It was sometime after 12:20 a.m. when Kenton and Gunn found the suspect on the 5400 block of Tinker Toy Avenue, near Warm Springs Road and Decatur Boulevard. A resident in the neighborhood had called 911 after seeing a man armed with either a tool known to be used in carjackings or a machete. He was looking into vehicles and “walking door-to-door” on nearby Floating Flower Avenue, Hank said.

Body-worn camera footage from both officers also was released at the Tuesday news briefing.

Napouk calmly smoked a cigarette as Kenton and Gunn shouted commands at him to drop the object, the footage shows.

“Dude, just drop it,” Kenton yells in the video, his Glock 19 aimed at the suspect, who is pacing in front of a house. A Metro patrol vehicle is between the officers and the armed suspect as they speak with Napouk. “It’s not worth it, man.”

In Napouk’s right hand is what appears to be a machete, which he raises into the air twice during the encounter. Officers would later discover the 22-inch weapon was made of plastic and fashioned together with electrical tape to resemble a sword, Hank said.

After Napouk ignores several commands to drop the object, the sergeant radios in, “Let’s get a unit with a beanbag shotgun. And can we have K-9 out here and have medical stand by? Call for medical.”

At one point, Napouk can be heard in the footage saying, “Get out of here.”

Shortly after Kenton requests low-lethal options, Napouk walks toward Kenton with the object in his hand.

“I’m going to shoot you,” Kenton yells. “If you come one more step, you’re dead.”

The footage cuts off after the sound of a gunshot.

Kenton fired four rounds about 9 feet away from Napouk, and Gunn fired three from about 11 feet away, Hank said.

Napouk died of multiple gunshot wounds, and his death was ruled a homicide Tuesday by the Clark County coroner’s office.

The suspect’s intentions in the neighborhood were not clear, Hank said. Napouk lived with his girlfriend about a mile away from where he was killed, and he arrived at Tinker Toy Avenue on his bike, Hank said.

Had he survived, Napouk would have faced a charge of resisting a public officer with a deadly weapon, according to Hank. Napouk did not have a criminal history in Clark County, but had prior charges in Alaska and Washington, including DUI, assault, disorderly conduct, criminal mischief and reckless endangerment, Hank said.

It was the 21st shooting involving Metro officers this year, 11 of which were fatal. At the same time last year, Metro had investigated 19 police shootings, eight of which were deadly, Hank said.

Both involved officers are on paid leave pending the outcome of Metro’s investigation into their deadly use-of-force.