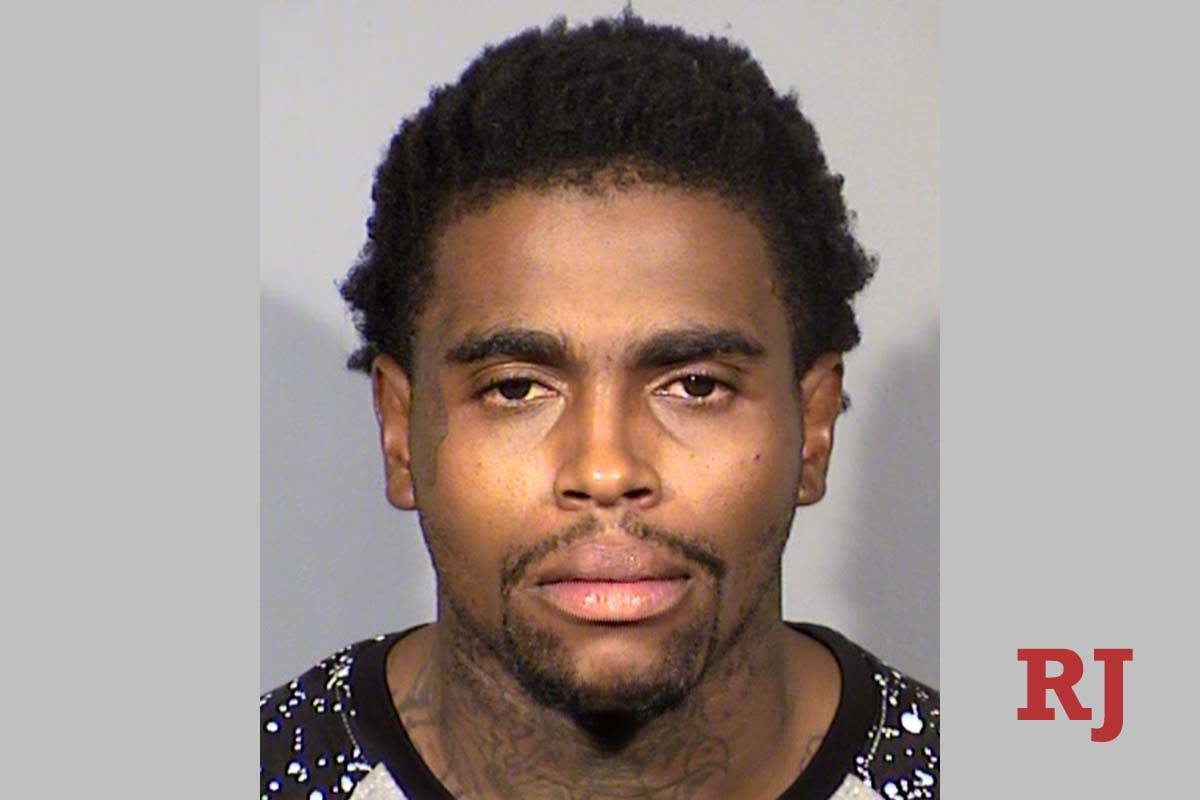 A 29-year-old man was arrested on a murder charge last week after police said he chased a man through a shopping center and shot him in June.

Kedrick Williams, who was arrested Friday, is charged with one count of open murder, according to court records.

Police were called to 3000 block of East Desert Inn Road at 4:08 a.m. on June 5 where they found a man suffering from multiple gunshot wounds in the parking lot of the Pecos-McLeod Plaza, the Review-Journal previously reported.

Investigators believe Van Harris had been in a monthlong fight with Williams, and Williams coordinated with a woman who lives near the complex to meet with Van Harris and gun him down, according to Williams’ arrest report, which was released Tuesday.

The local woman told police during an Oct. 6 interview that she saw Van Harris running from Williams before “a succession of gunshots,” according to the arrest report.