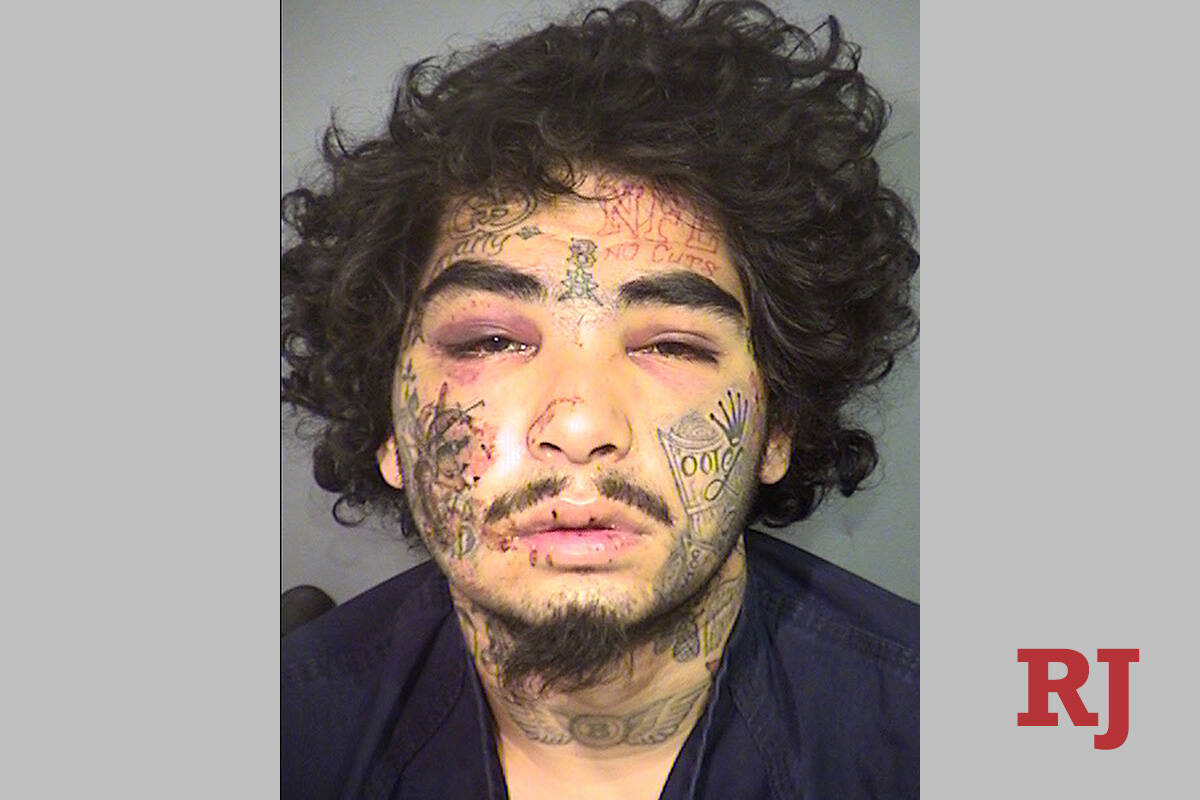 Tevin Alhashemi is shown in this booking photo provided by Las Vegas police. Alhashemi was arrested on a firearms charge after a homicide in the 4700 block of Sphinx Way, near the intersection of Arid Avenue and Dromedary Way. (Las Vegas Metropolitan Police Department)

A man who was found dead inside a car Tuesday morning was released in 2020 after serving nearly four years in prison for a 2016 shooting, according to jail records.

Tevin Alhashemi, 26, died in the parking lot of the Tropicana Royale apartments, 1900 E Tropicana Ave., from multiple gunshot wounds, according to the Clark County coroner’s office.

Valenta could not provide a suspect description or information on a possible motive for the killing.

Court records show Alhashemi was released from prison in April 2020 after nearly four years in the Nevada Department of Corrections. He was convicted of battery with a deadly weapon resulting in substantial bodily harm in October 2016.

Police said Alhashemi was one of several people involved in a shootout in April 2016 at Liberty Village Apartments. The shooting led to the death of Damion Dwain Thomas, 27, of Pasadena, California.

No arrests had been made in connection with Alhashemi’s killing.

A previous version misstated when Alhashemi was released from prison.