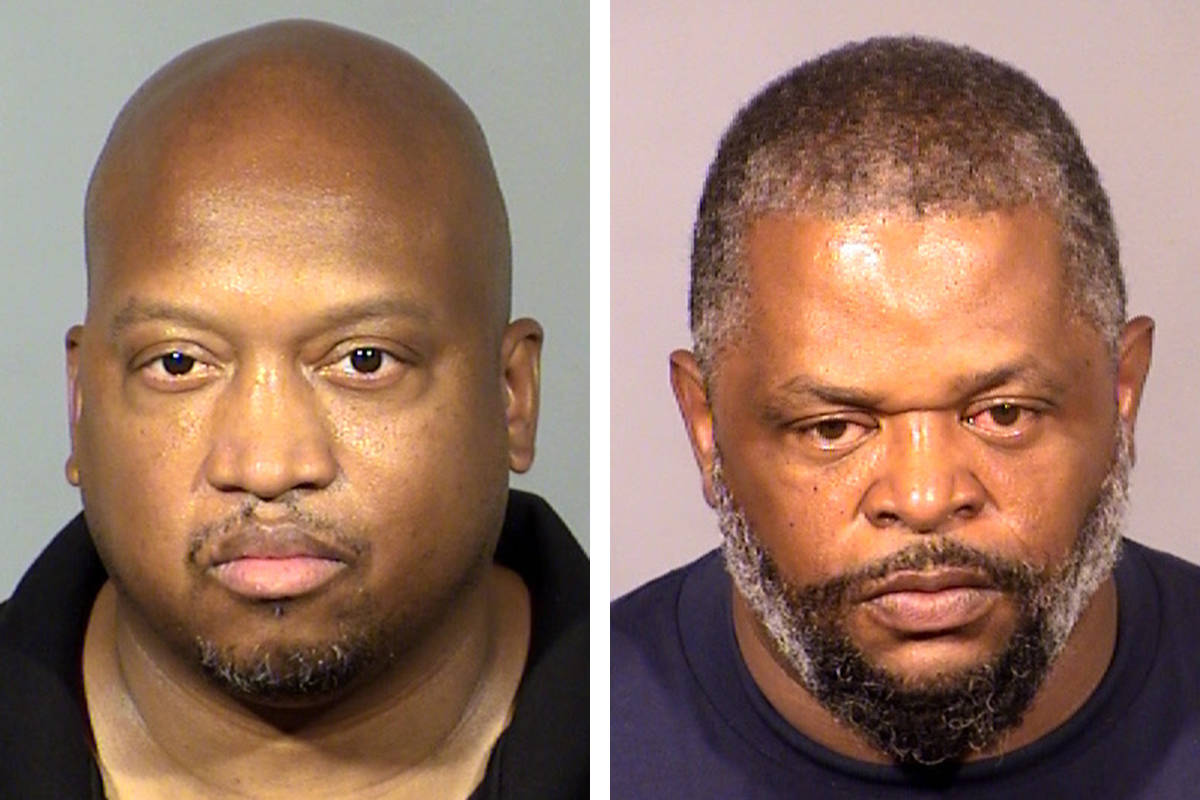 Twenty-four years before two men were arrested in the killing of a pregnant teenager, a girlfriend had identified both men to Las Vegas police.

Anthony Williams and Kareem Brock were identified on Dec. 31, 1996, as the two men involved in the fatal shooting of 19-year-old Sara Keynejad when police interviewed Williams’ girlfriend. She had recognized the men from footage shown on local news, according to an arrest report released Monday by the Metropolitan Police Department.

Both men, who were arrested this month, are charged with murder, manslaughter by killing an unborn quick child, robbery, burglary and conspiracy to commit robbery.

On Valentine’s Day 1996, Williams and Brock put on women’s clothing and hid a gun in each of their jackets before driving in a stolen car to a 7-Eleven on Bonanza Road, according to the girlfriend’s statement to police.

After she saw the reports in local news and recognized the men, she and Williams discussed the shooting, she told police. Williams’ girlfriend said he was part of the Donna Street Crips gang.

“(Williams’ girlfriend) learned Williams and Brock had planned to find and rob some drug dealers, but when they couldn’t find any drug dealers, they changed their plans and robbed the 7-11 store instead,” the report said.

Police wrote in the report that video showed Williams and Brock walking toward the door after the cashier, Keynejad’s fiance, had wiped the register for prints, when Brock turned around “without breaking his stride, raised the gun in his right hand and fired one round.”

The girlfriend told police that Williams said Brock shot Keynejad because he thought she was trying to look at his face.

The girlfriend told police that the two men left with $50 but that Williams said he didn’t want any of the money because he hadn’t intended for anyone to get shot. She said Williams asked Brock in the car, “Why the hell did you do that? Why did you do that? You didn’t have to do that. We were out of the store. We were almost out of the store, you didn’t have to do that.”

Williams and Brock both have a criminal history dating to 1991, according to court records.

Brock served two years in prison after he shot a man three times in the back in May 1996 during an attempted robbery, according to court records. Williams’ convictions include battery with a deadly weapon, felon in possession of a firearm, burglary, and discharging a firearm into a structure or vehicle.