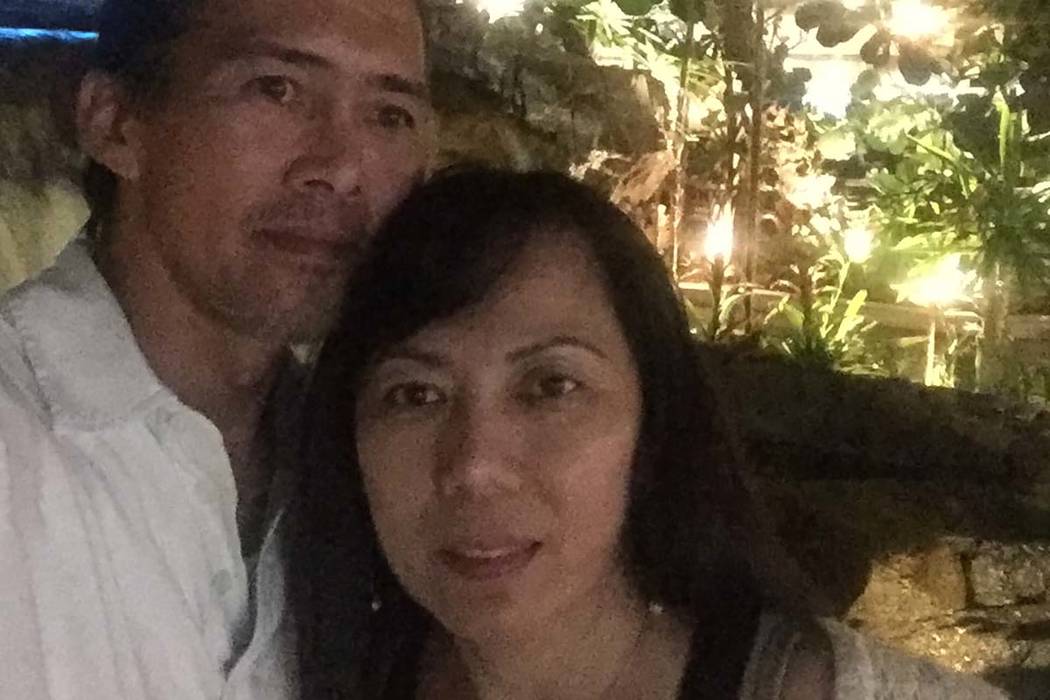 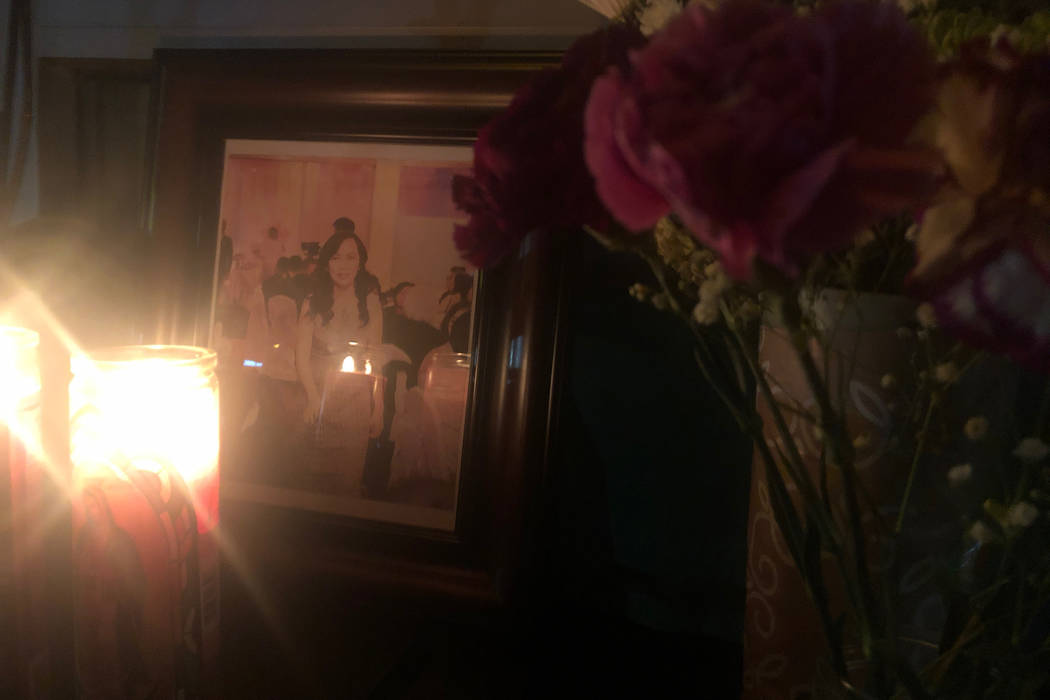 A photo of Nhu Nguyen is displayed in a makeshift memorial in front of Crystal Nails & Spa in Las Vegas on Sunday, Dec. 30, 2018. Nguyen was killed a day prior outside the salon after a customer who did not pay for a manicure ran her over with a vehicle and dragged her body. (Katelyn Newberg/Las Vegas Review-Journal) 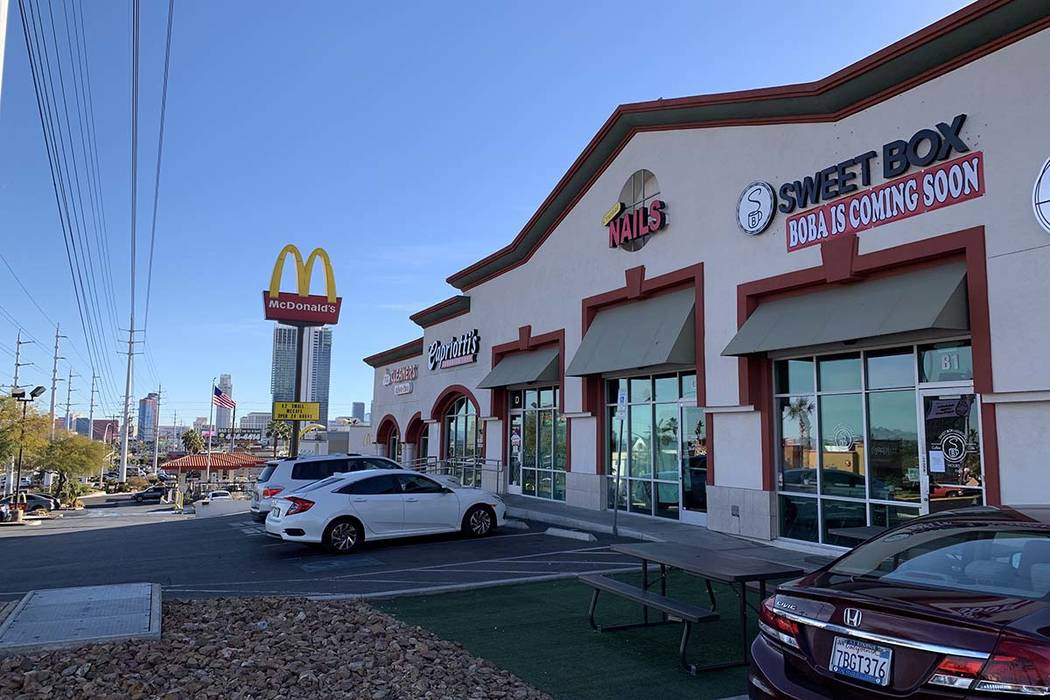 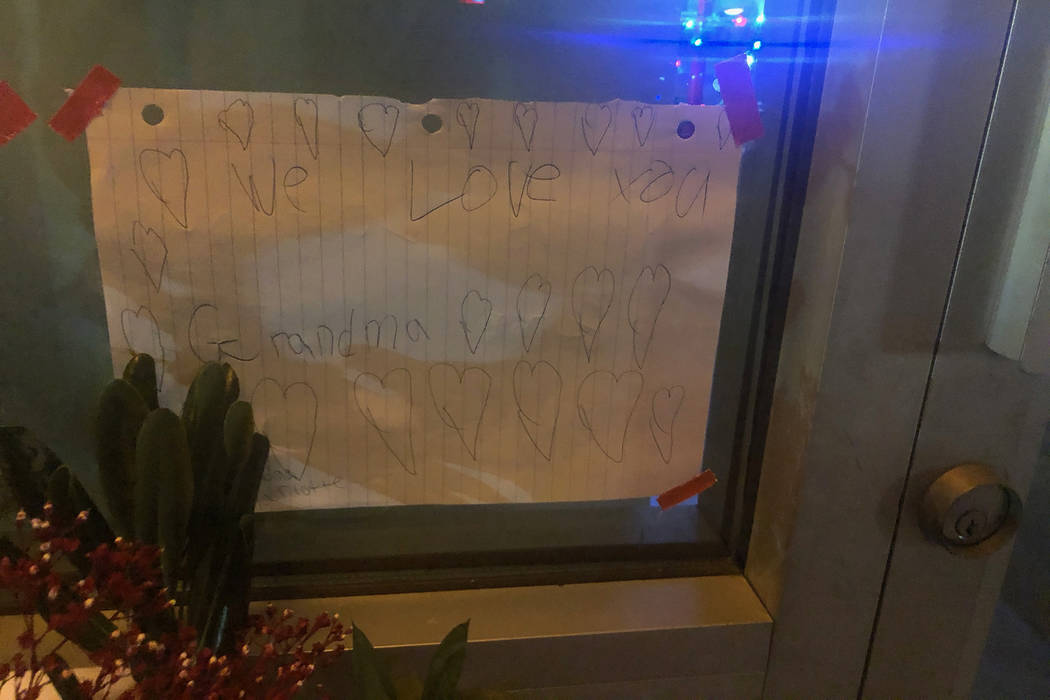 A letter to Nhu Nguyen from her grandchild is taped to the store front of Crystal Nails & Spa in Las Vegas as part of a makeshift memorial on Sunday, Dec. 30, 2018. Nguyen was killed a day prior outside the salon after a customer who did not pay for a manicure ran her over with a vehicle and dragged her body. (Katelyn Newberg/Las Vegas Review-Journal) 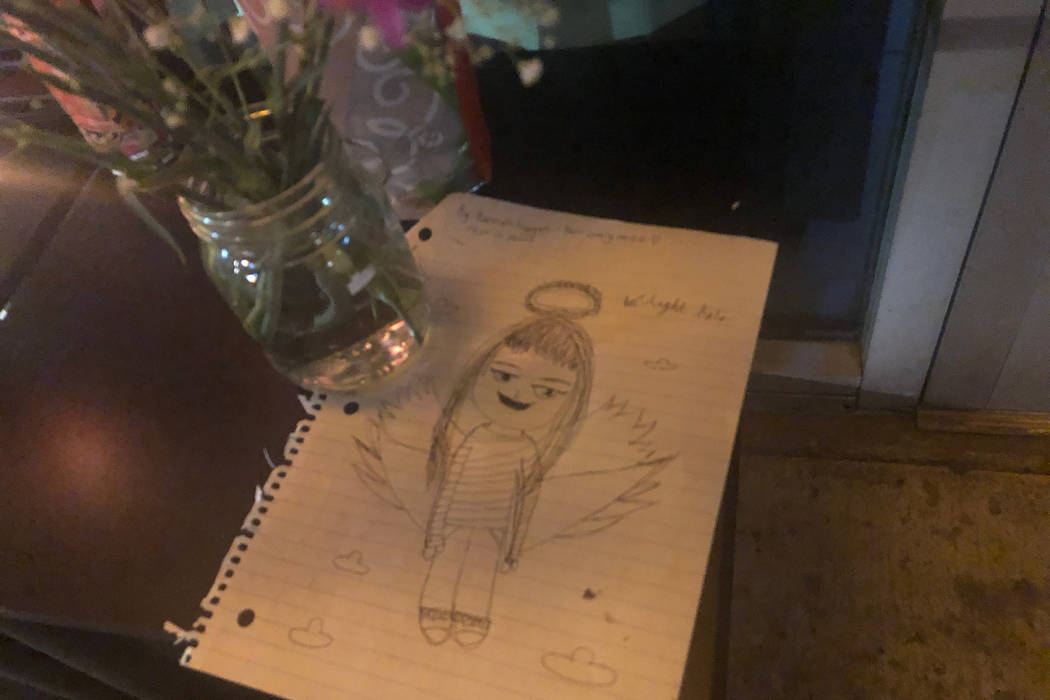 A drawing of Nhu Nguyen as an angel made by her niece is seen in front Crystal Nails & Spa in Las Vegas as part of a makeshift memorial on Sunday, Dec. 30, 2018. Nguyen was killed a day prior outside the salon after a customer who did not pay for a manicure ran her over with a vehicle and dragged her body. (Katelyn Newberg/Las Vegas Review-Journal)

A woman who died after she was dragged by a car Saturday outside the nail salon where she worked was killed over a $35 manicure, her boyfriend said Sunday.

Police were called about 3:45 p.m. Saturday to Crystal Nails & Spa, 4983 W. Flamingo Road, near South Decatur Boulevard, where a woman had been hit and dragged by a customer in a rental car who had left the salon without paying, Metropolitan Police Department Lt. Ray Spencer said Saturday night.

The woman was taken to University Medical Center, where she died, police said Saturday. She was Nhu Nguyen, 53, according to Sonny Chung, who said he lived with Nguyen in Las Vegas and helped run the salon.

Nguyen’s customer had tried to pay for her $35 manicure with a credit card that was declined. She swiped the card three or four times before telling Nguyen that she was going to get money from her car, Chung said.

Nguyen called Chung over and the couple followed the woman outside to try to stop her from leaving. The glass in the back window of the black, newer-model Chevrolet Camaro, which police have said was a rental car, was broken out, and Nguyen tried to hold on to the frame of the rear windshield, near the trunk, Chung said.

“My wife ran out and tried to stop her, and then she rolled forward,” he said of the woman in the car.

Although Chung and Nguyen never married, he said, they had lived together and managed the salon together for nearly 13 years.

“She kept pushing the gas, and my wife fell off, and she kept pushing more, and she dragged her from here to over there,” he said, gesturing from the parking spots in front of the salon toward a McDonald’s about 50 feet away.

If the driver had put the brakes on even once, Nguyen would have had time to get out of the car’s path, Chung said.

By Saturday night, officers had found the Camaro unoccupied at a nearby apartment complex. The woman remained unidentified Sunday, because, according to Spencer, the rental car had been reported stolen about three weeks prior to the killing.

“We do not believe the person who originally rented the car is the suspect,” he said Sunday.

Nguyen left behind three daughters, ages 20, 25 and 28, and two grandchildren, ages 4 and 6. The daughters, who live in California, were in town visiting their mother and Chung for the holidays, he said.

They were all gathered inside the salon about 10 a.m. Sunday, and by sundown, the family had placed flowers and candles next to a framed photo of Nguyen outside the store, which will be closed “until further notice,” according to a sign on the front door.

Taped to the glass window just above Nguyen’s photo were letters to the manicurist from her niece, Hannah Nguyen, and grandchildren. Sunday night, the orange light from the candles revealed a drawing of Nguyen under a vase of flowers. In it, she has angel wings and a halo, floating in the sky among clouds.

The drawing is signed by Hannah, “your lovely neice.”

“She was a hard worker. That’s all she does,” Chung said of Nguyen. “She’s a work addict.”

She devoted the last decade of her life to the business. The salon opened at 11 a.m. and closed at 11 p.m., but Nguyen and Chung stayed late every night to clean up, often getting home at 2 or 3 a.m.

“She worked every day — every day — seven days a week” to take care of her kids, Chung said.

Anyone with information should contact Metro at 702-828-3521 or homicide@lvmpd.com or, to remain anonymous, call Crime Stoppers at 702-385-5555 or visit crimestoppersofnv.com. There may be a reward of up to $2,000 for information leading to an arrest, police wrote in a release Sunday.