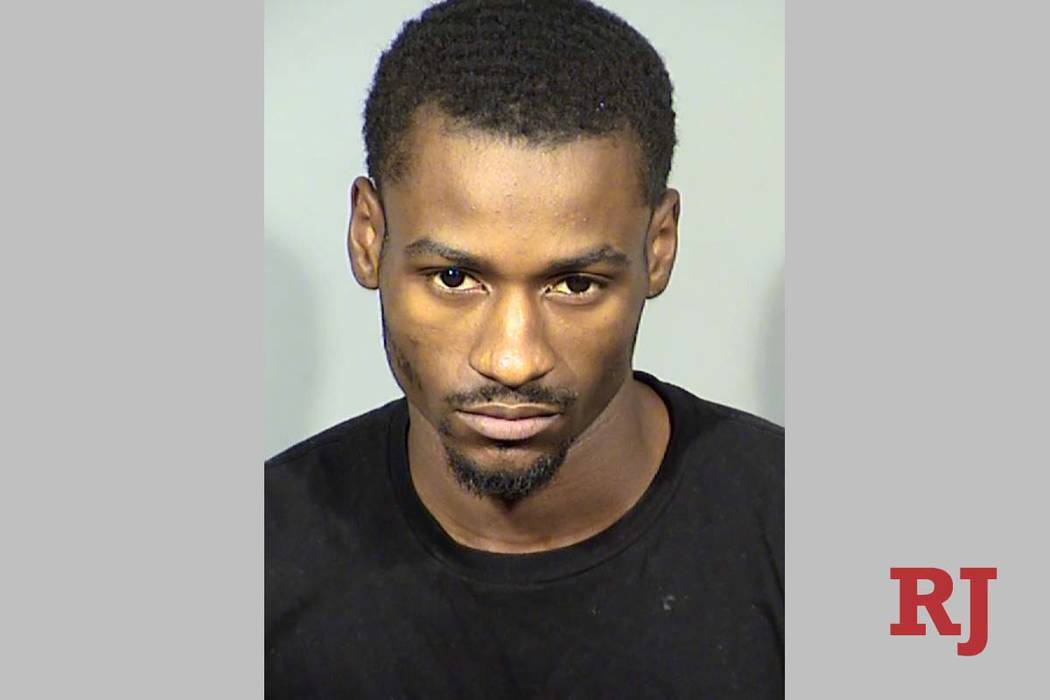 North Las Vegas police have identified a suspect in the fatal shooting last month of another man after an apparent botched drug deal.

Michael Jerome Anderson Jr., 21, was arrested Nov. 7 on charges of open murder, discharging a gun within a vehicle and discharging a gun into an occupied vehicle, according to jail and court records. Denied bail, he remains in custody at the Clark County Detention Center.

The victim, 28-year-old Corey Donte Jones of Las Vegas, died Oct. 17 of a gunshot wound to his chest. Police have said that Jones was in the passenger seat of a car driving near West Alexander Road and Revere Street when gunfire struck the right side of the vehicle.

The driver, who was uninjured, called 911 for help, and Jones was taken to University Medical Center, where he died that afternoon, police said.

Further details have not been released, including how detectives identified Anderson as the suspect, but city police spokesman Eric Leavitt previously said that “it was a narcotics deal turned bad.”

Anderson was expected in North Las Vegas Justice Court for a status hearing in the case on Monday morning, court records show.