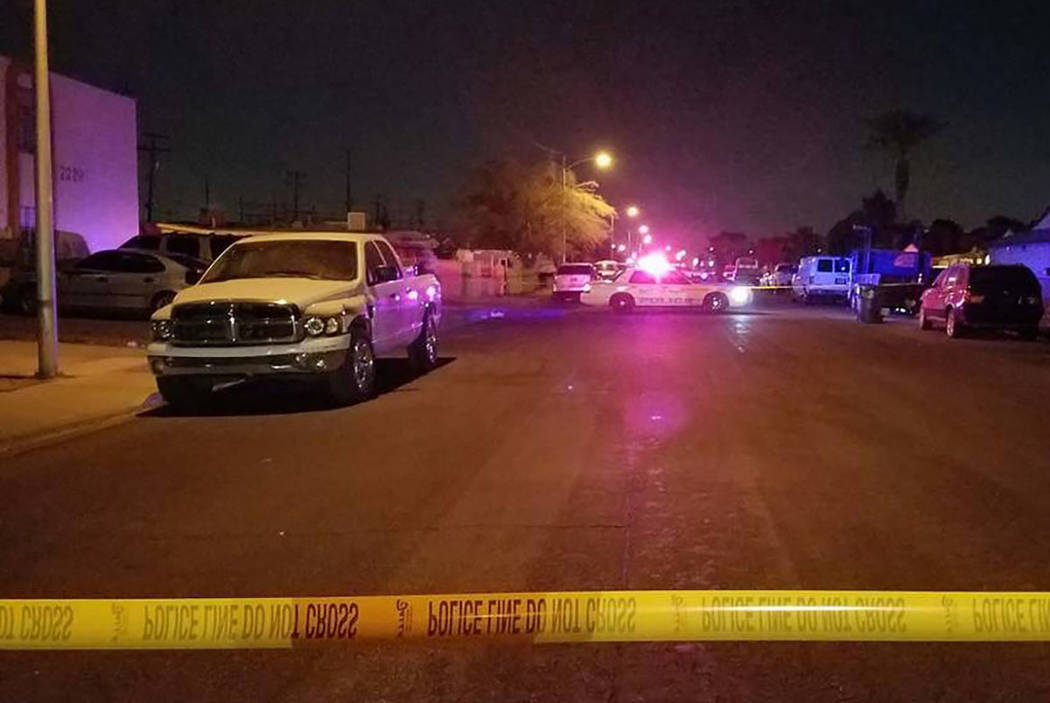 North Las Vegas police investigate a homicide at a residence on the 2200 block of Carroll Street on Thursday, Dec. 28, 2017. (Mike Shoro/Las Vegas Review-Journal)

The shooting deaths of three people in North Las Vegas on Thursday are being investigated as a triple homicide.

Two men in their 20s and a 44-year-old woman were gunned down about 4 p.m. inside an apartment on the 2200 block of Carroll Street, near Civic Center Drive and Lake Mead Boulevard, police say.

Outside the crime scene Thursday night, North Las Vegas Police Department spokesman Aaron Patty said police had little information to go on, including whether there was a shooter at large.

But in a statement on Friday, Patty confirmed a fourth person believed to be responsible for the slayings had vanished before police arrived to the scene.

The department’s preliminary investigation determined the woman and one of the two men killed, a 20-year-old, were related and lived in the apartment. The third victim, a 22-year-old man, did not live with them.

Neighbors heard gunshots around 4 p.m. Thursday and contacted police. Officers responded to find the three victims, Patty said. Officers did not find anyone else inside the apartment.

The victims will be identified by the Clark County coroner’s office once their families have been notified.

Police have investigated 13 homicides within Clark County in the past seven days. The other 10 homicides were within the Metropolitan Police Department’s jurisdiction.