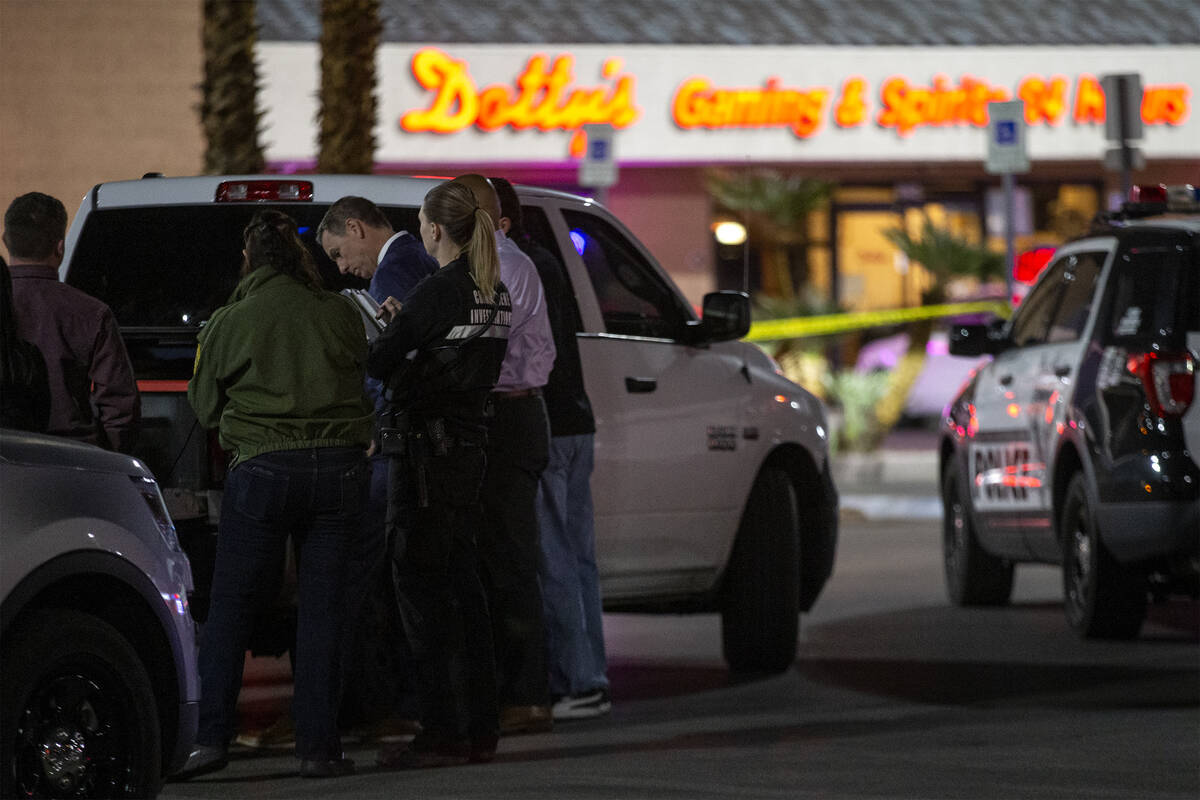 Metropolitan police investigate a homicide in the 6100 block of West Flamingo Road on Wednesday, May 11, 2022, in Las Vegas. (Ellen Schmidt/Las Vegas Review-Journal) @ellenschmidttt 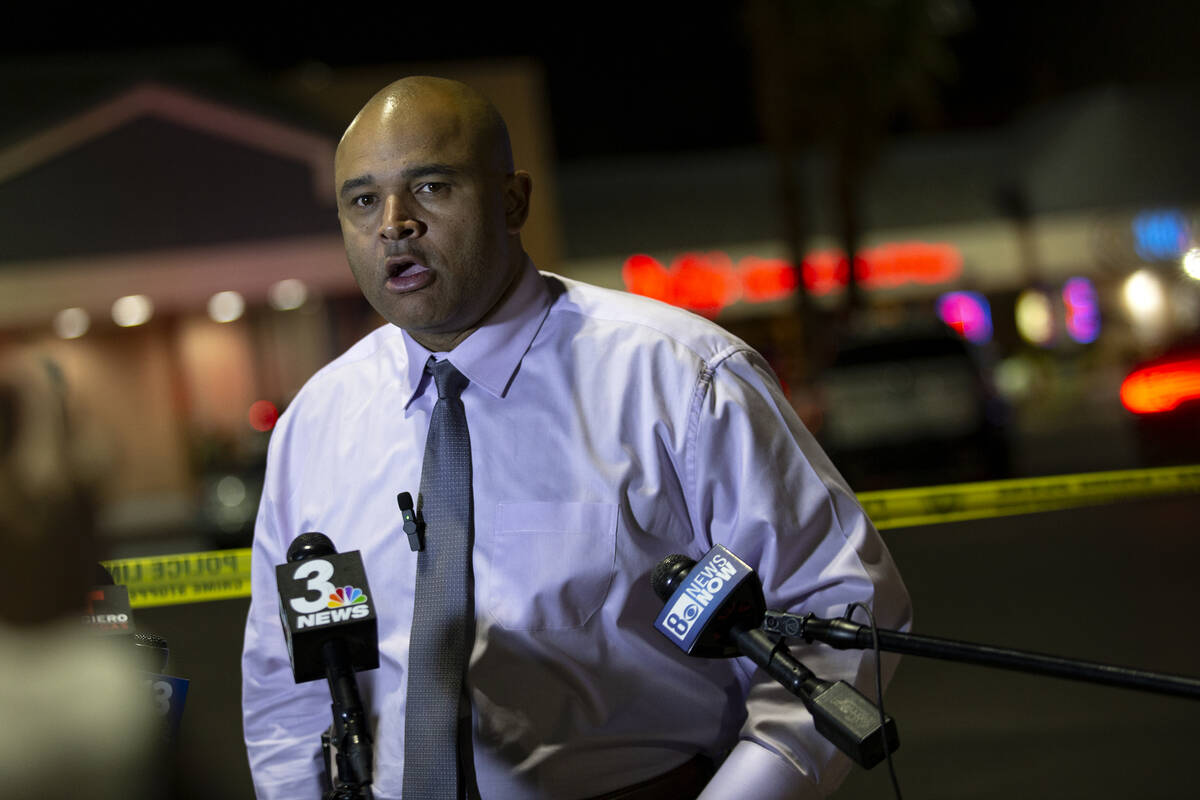 Lt. Ray Spencer gives a briefing to the media as Metropolitan police investigate a homicide in the 6100 block of West Flamingo Road on Wednesday, May 11, 2022, in Las Vegas. (Ellen Schmidt/Las Vegas Review-Journal) @ellenschmidttt 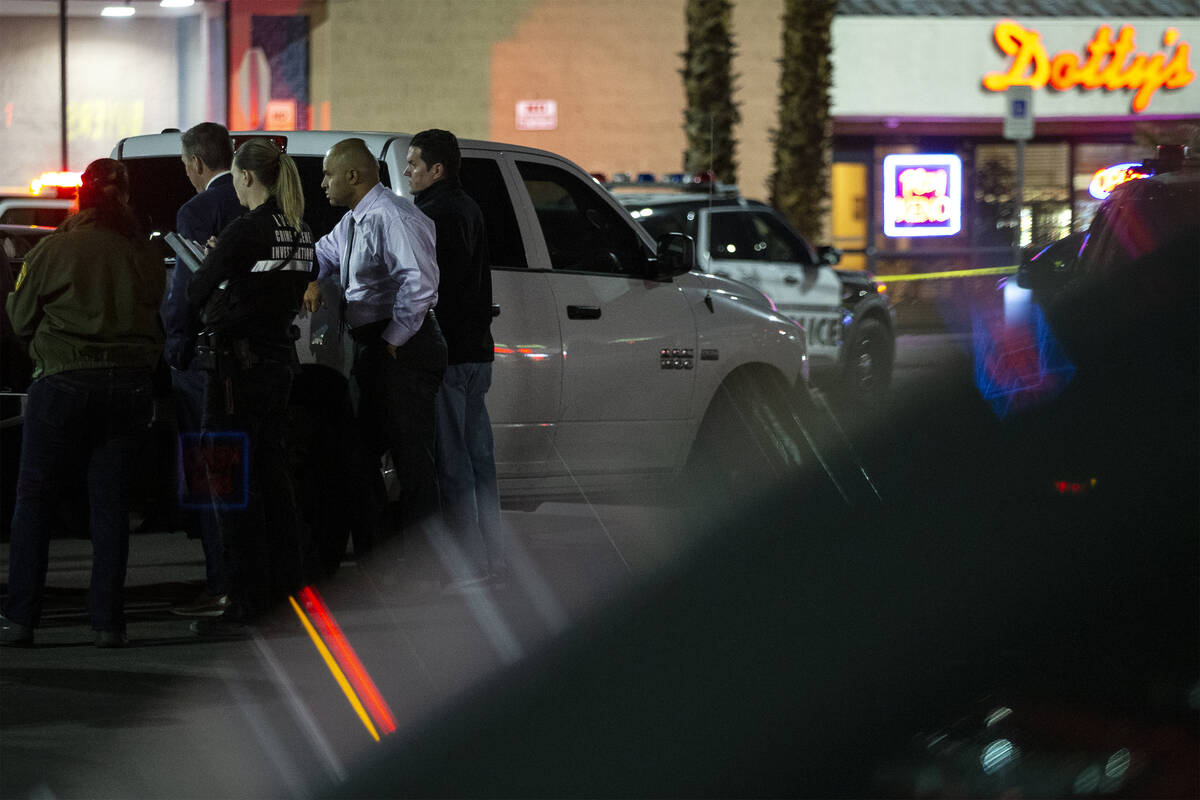 Metropolitan police investigate a homicide in the 6100 block of West Flamingo Road on Wednesday, May 11, 2022, in Las Vegas. (Ellen Schmidt/Las Vegas Review-Journal) @ellenschmidttt

The suspect in the killing of a manager at a Las Vegas slot tavern last week has been arrested in Southern California.

Samuel Schmid, 28, was arrested Monday night in Riverside County and is awaiting extradition, according to the Metropolitan Police Department.

Police said Gibellina was killed when a man believed to be in his 20s entered the Dotty’s and snatched a purse from a woman who was playing video poker. The man ran outside and got into a vehicle, and Gibellina ran outside to confront him.

The man then pulled out a handgun, and as the manager walked to the rear of the vehicle, she was run over.

Gibellina died at University Medical Center, police said. The woman whose purse was stolen was hospitalized with injuries that were not life-threatening.