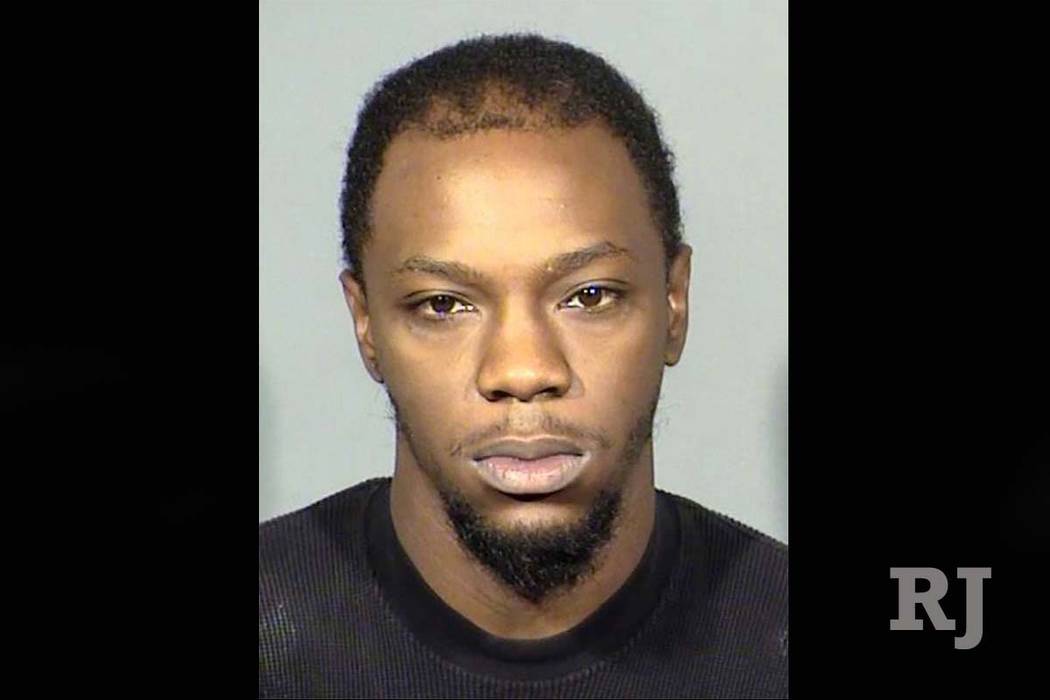 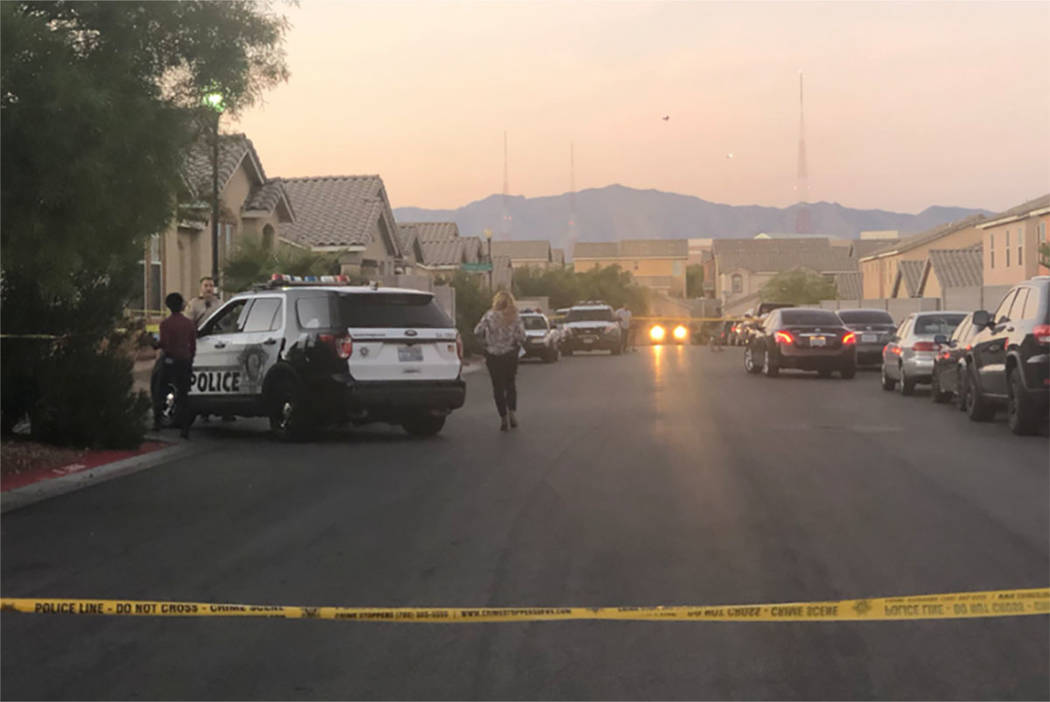 Police investigate the scene of a shooting in the 2600 block of Spider Cactus Court in Las Vegas on Oct. 25, 2018. (Katelyn Newberg/Las Vegas Review-Journal)

The father of the boy accidentally shot by his brother in October was arrested on child neglect charges after police said he left a loaded gun within reach of the children, records show.

Police were called to a central Las Vegas Valley neighborhood about 4:30 p.m. on Oct. 25 after reports that a child under 5 had been shot.

Police determined that the shooting was accidental, and the injured boy was in stable condition at University Medical Center later that night, Metropolitan Police Department Lt. Richard Meyers said the day of the shooting.

Adam-Jones told police that he was a stay-at-home father caring for his two sons, ages 2 and 4, when the accidental shooting happened on the 2600 block of Spider Cactus Court, near Washington Avenue and Rancho Drive, according to the report.

He said the boys were eating fast food in a bedroom when one got food on himself. After Adam-Jones cleaned the boy, he left the room to wash his hands, placing a black “semi auto handgun that he was carrying in his waistband” on the bed, according to the report.

When Adam-Jones was out of the room, the 2-year-old boy accidentally shot the 4-year-old in the back, according to the report.

The father carried the injured boy out of the house and told a neighbor to call 911 before grabbing the gun and removing the bullets, placing them in front of the door because “he knew the police would be coming to the residence,” according to the report.

Adam-Jones told police the day of the shooting that he smoked marijuana that morning at 6 a.m., more than 10 hours before the shooting. He said he smokes marijuana every morning that has a 15 percent THC content, according to the report. THC is the main psychoactive component of marijuana.

Police charged Adam-Jones with being a prohibited person in possession of a firearm because he was a “habitual drug user,” which “may have resulted in (Adam-Jones) making poor decisions” that resulted in the shooting, according to the report.

When the father was arrested Thursday, his son was still at University Medical Center, the report said. The boy’s current condition is unclear.

According to a Clark County Department of Family Services report, the department had no “relevant” prior history for the boy or his family. The department opened a family assessment investigation in the case, the report said.

Adam-Jones was released Friday on his own recognizance under “intensive supervision” after posting $5,000 bail, court records show. He posted bail with the condition that he not possess a firearm.