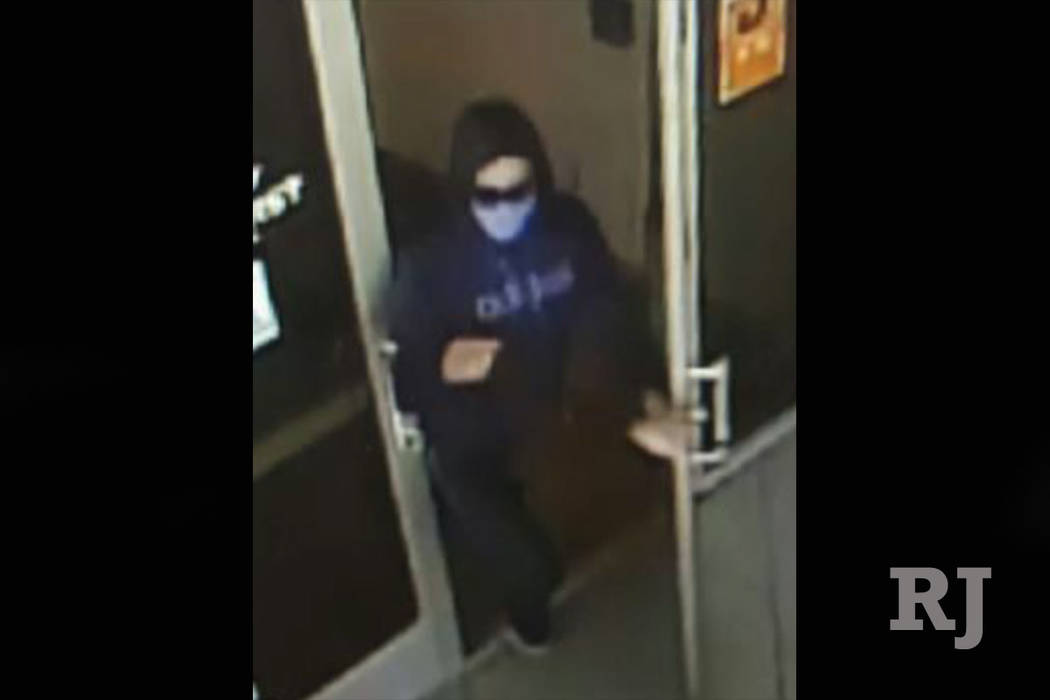 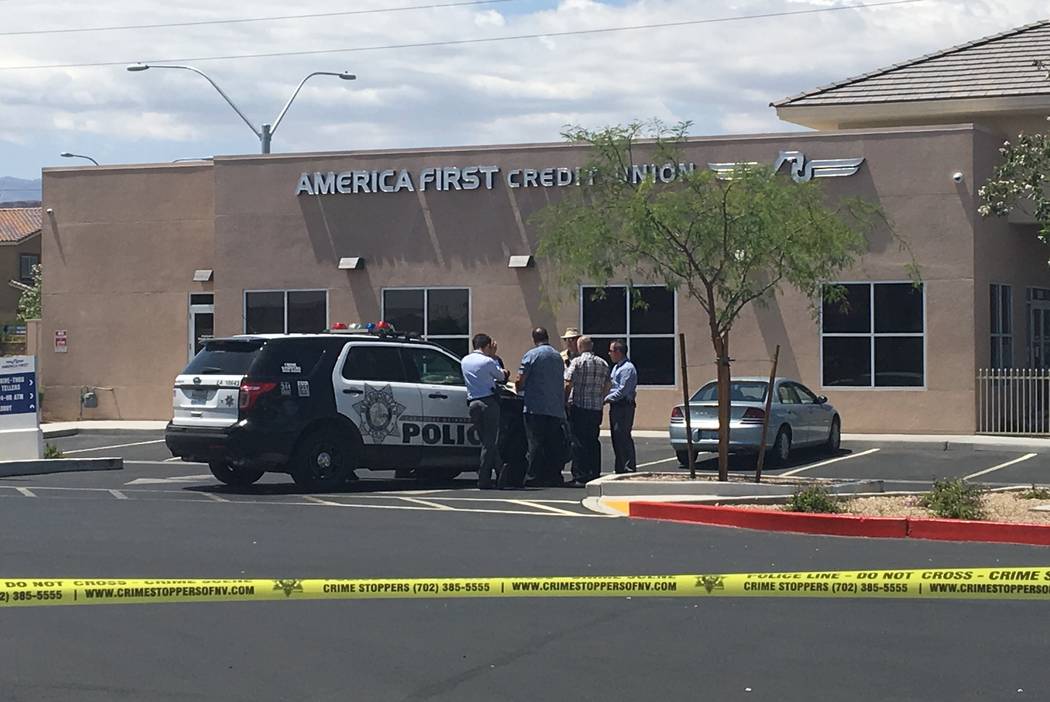 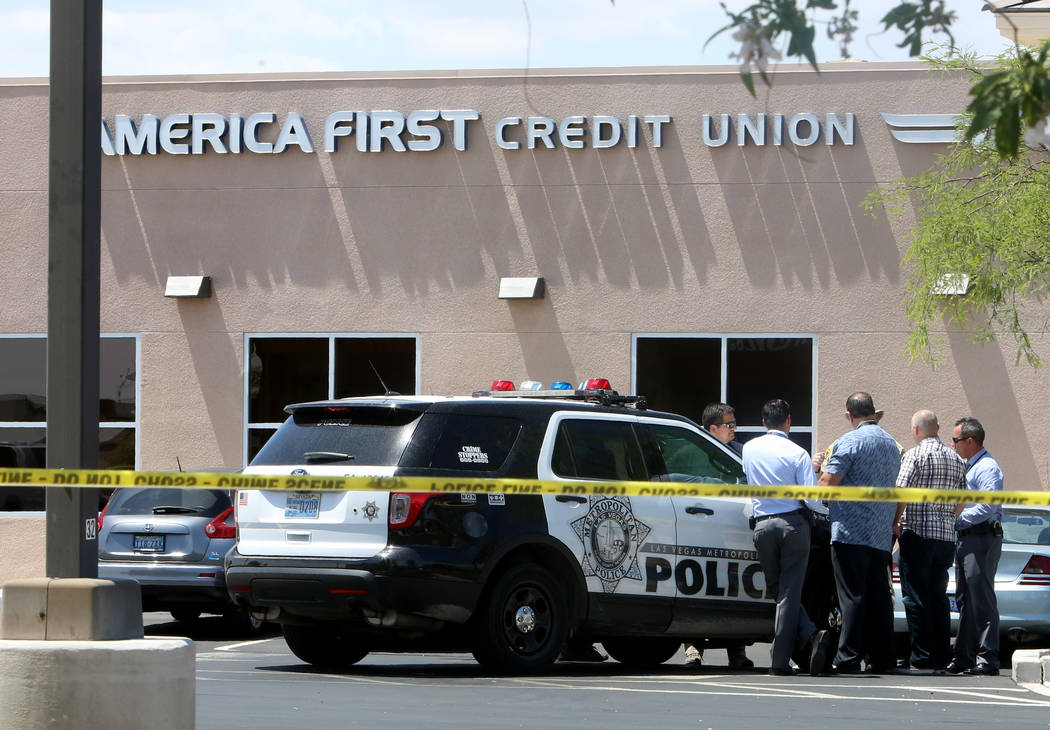 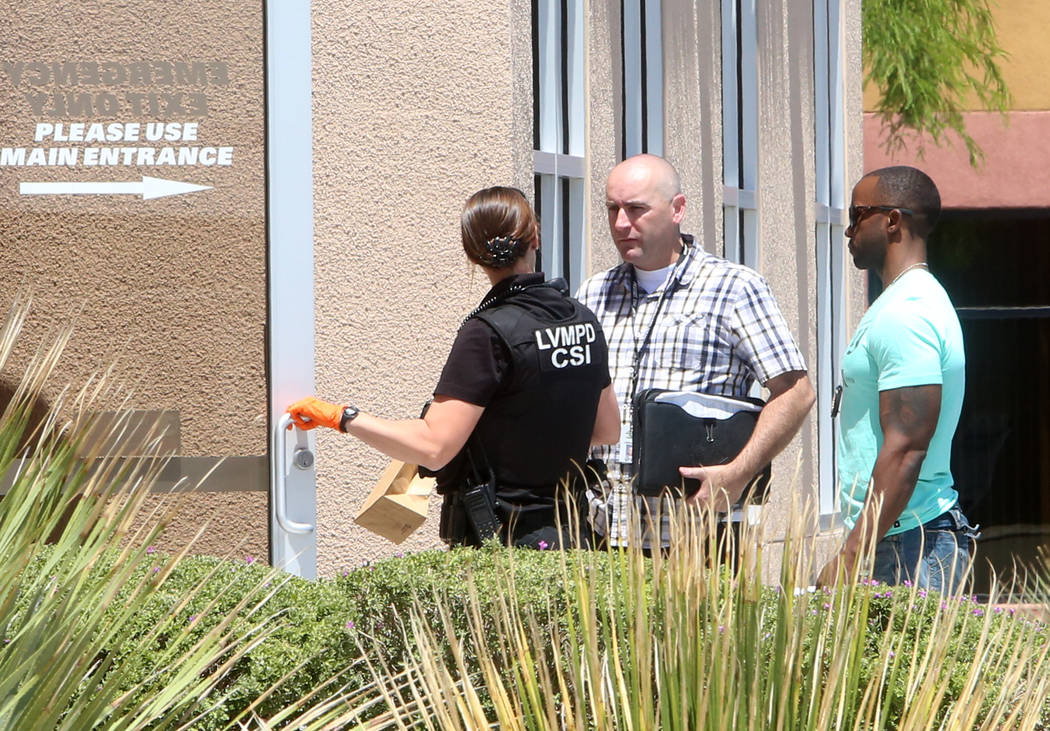 The masked man was gone when officers arrived, but he may be seeking medical care in the area, said officer Michael Rodriguez, a Las Vegas police spokesman. Rodriguez said the man likely was shot twice by the security guard.

The prospective robber, described as a white man in his 30s, arrived at the bank in a dark-colored car. He was wearing a blue hoodie and had his face covered.

Credit union employees were alarmed by his appearance and mannerisms, Rodriguez said, so staff locked the inner front door so the man could not get through the vestibule.

The man may not have brandished a weapon, but Rodriguez said the guard believed he had a gun and planned to rob the business.

No one was injured in the credit union, and police are looking for the suspect.