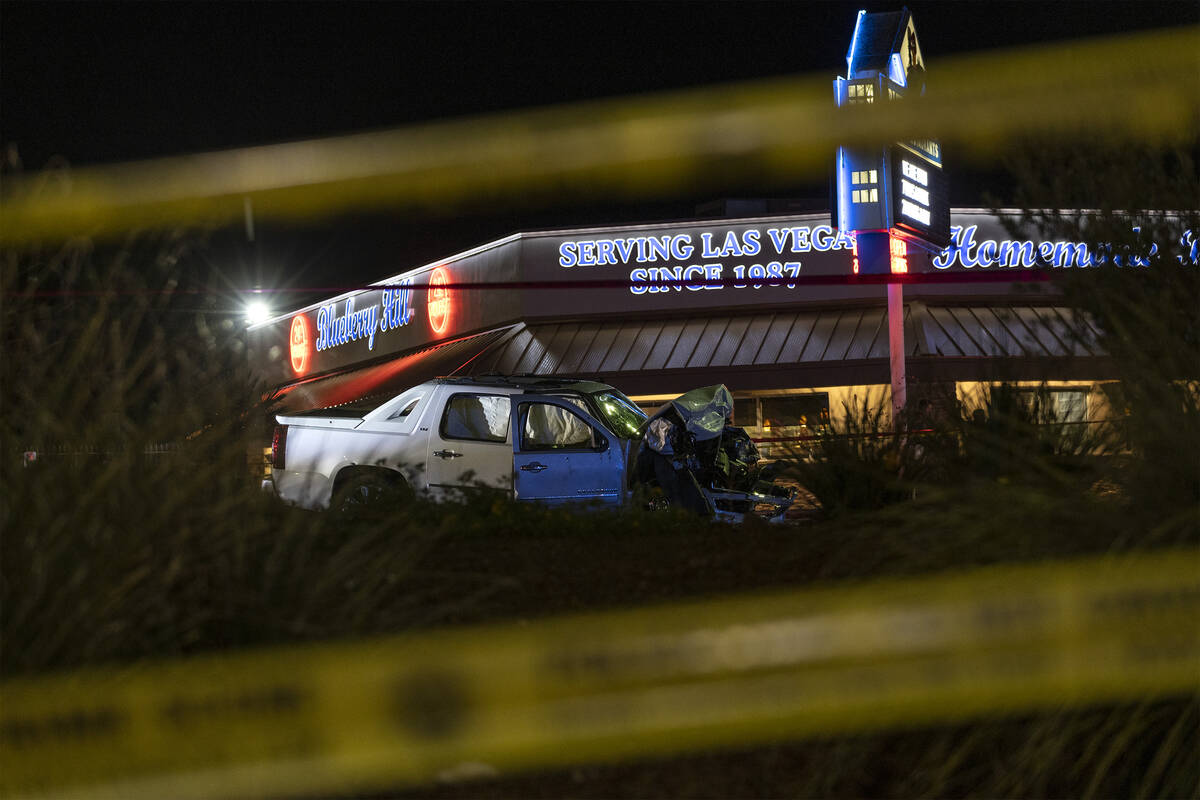 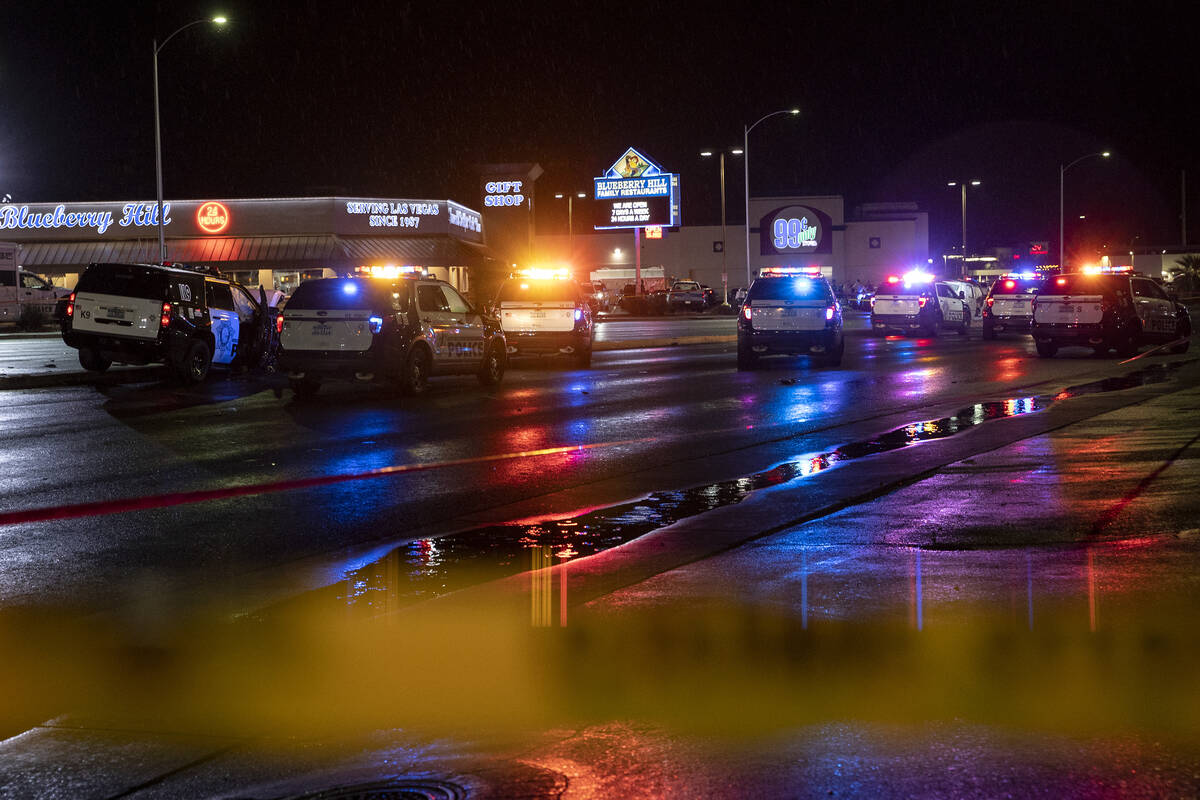 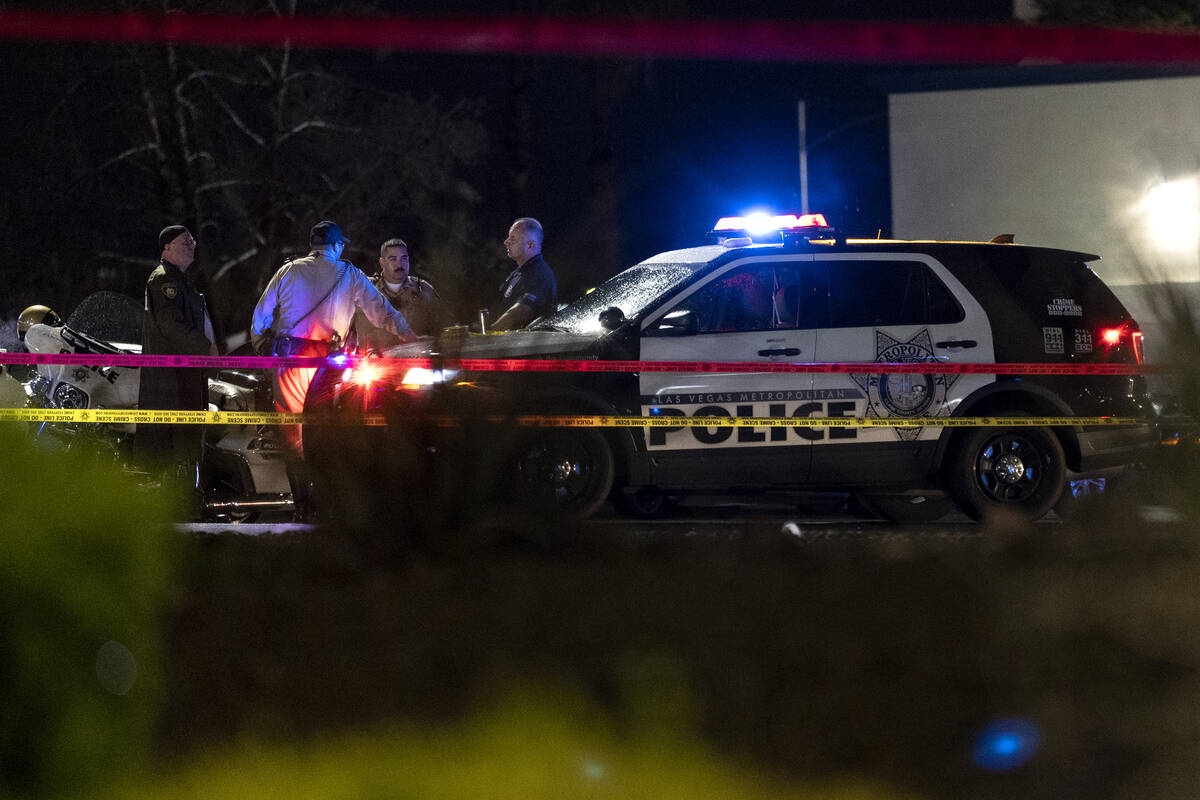 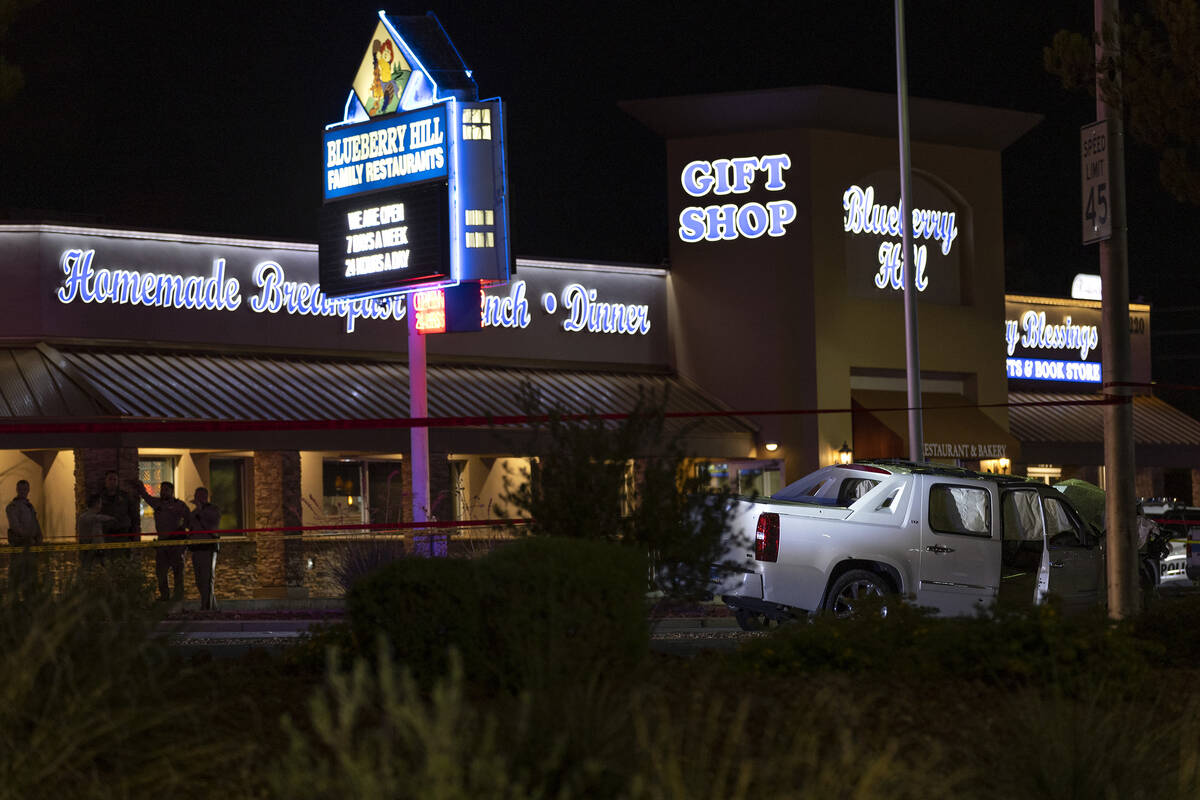 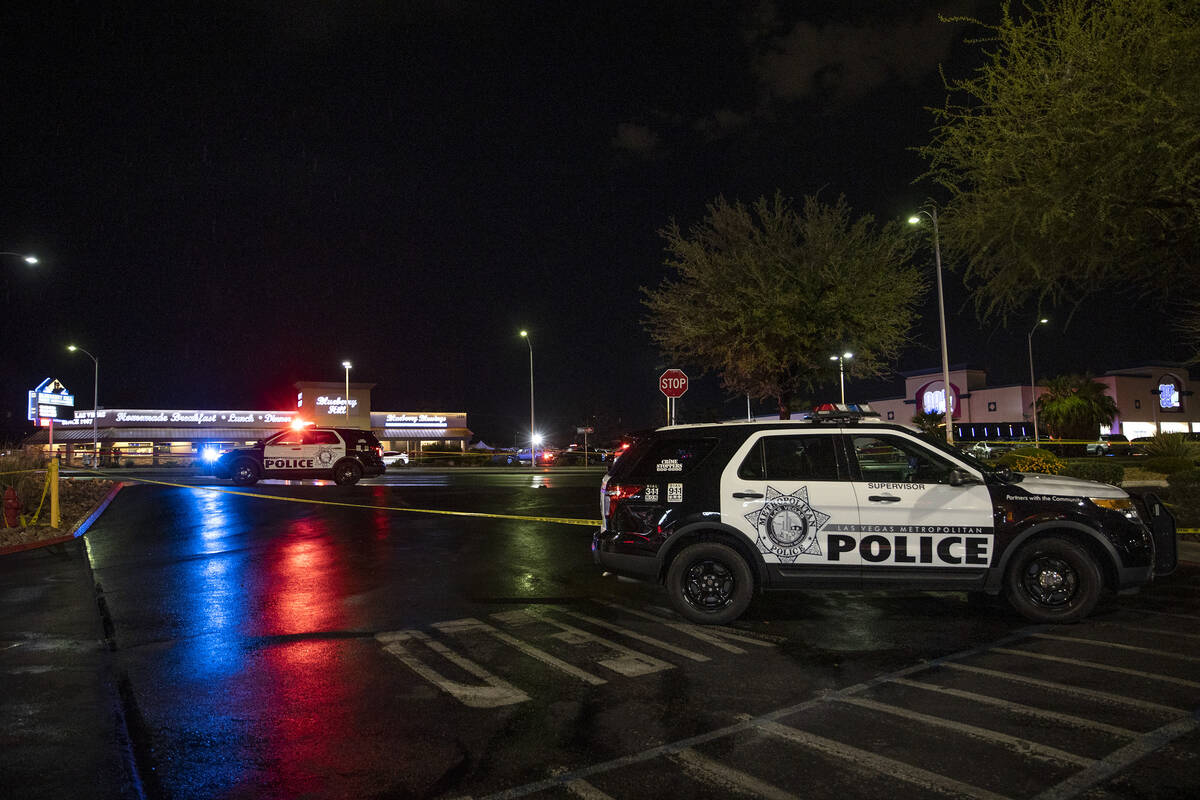 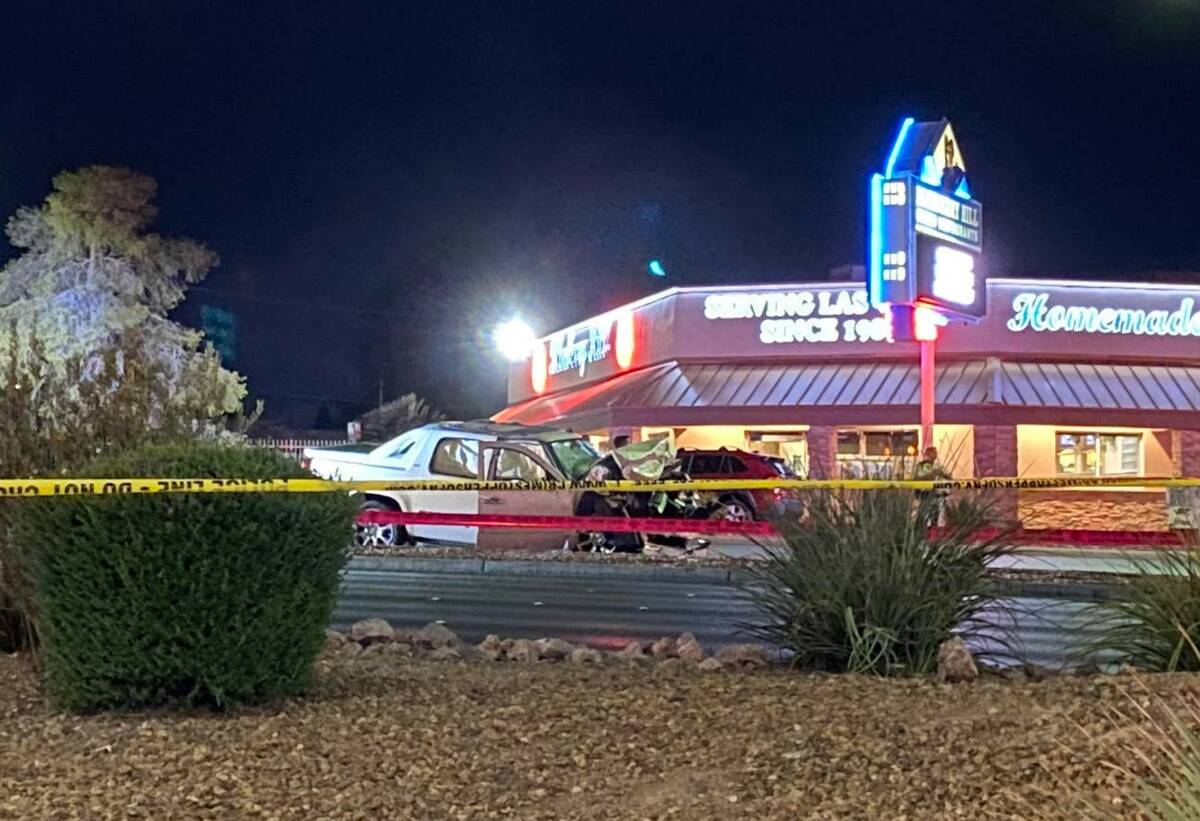 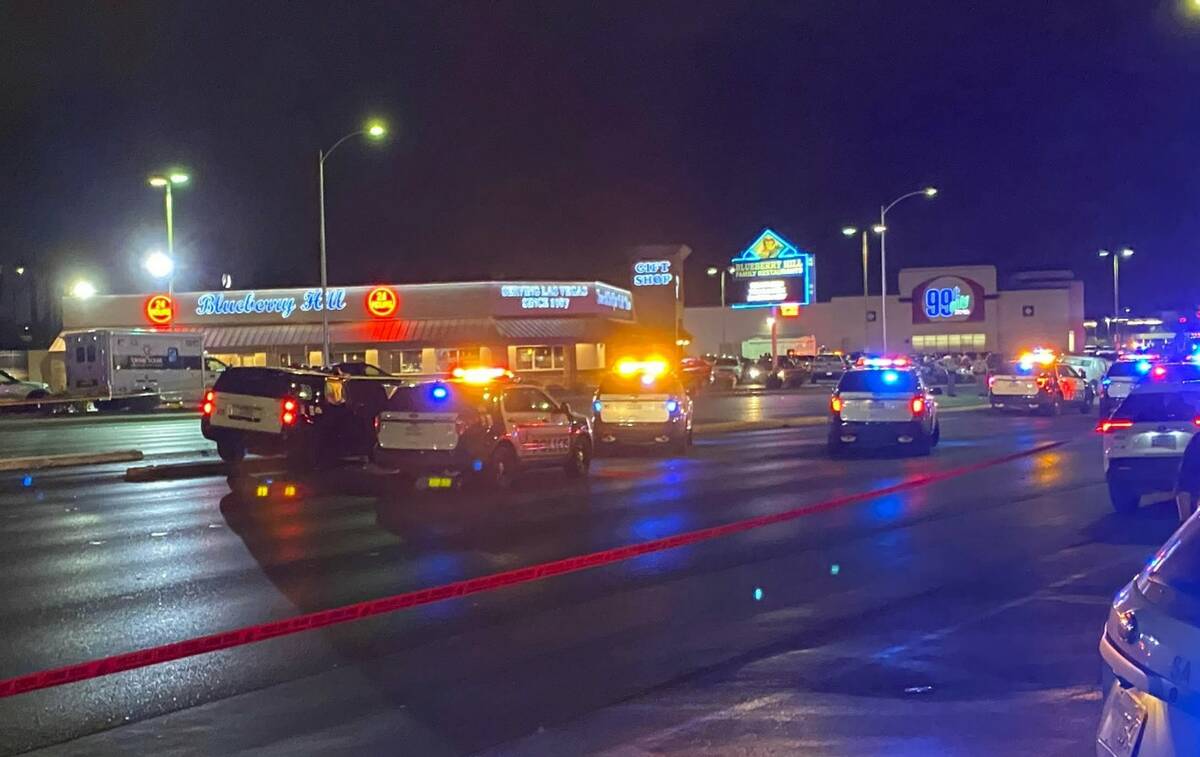 A man was arrested following an exchange of gunfire with police and a long car chase through the Las Vegas Valley on Thursday night.

At around 7:20 p.m. Thursday, while police were following a person suspected of committing a robbery earlier this year, he stole a vehicle at gunpoint and started a pursuit with police, according to Metropolitan Police Department Capt. Carlos Hank.

The pursuit started near East Cheyenne Avenue and North Pecos Road. Then, near East Craig Road and North 5th Street, the man fired at officers who returned fire, Hank said.

“The pursuit continued throughout the valley at high rates of speed,” Hank said.

The man pulled into a parking lot near South Decatur Boulevard and West Desert Inn and tried taking another vehicle at gunpoint. Officers again fired at the man, who got back into the stolen vehicle and headed north on Decatur.

“The suspect did fire his firearm into a citizen’s vehicle. That citizen was not struck by gunfire,” Hank said.

The man was taken into custody near West Charleston Boulevard and Decatur after crashing into a police vehicle.

Two officers were taken to University Medical Center with nonlife-threatening injuries sustained in crashes with the suspect’s vehicle, according to Hank.

He said the suspect was also taken to UMC with nonlife-threatening injuries.

One other person sustained minor injuries and was treated on scene, Hank said.