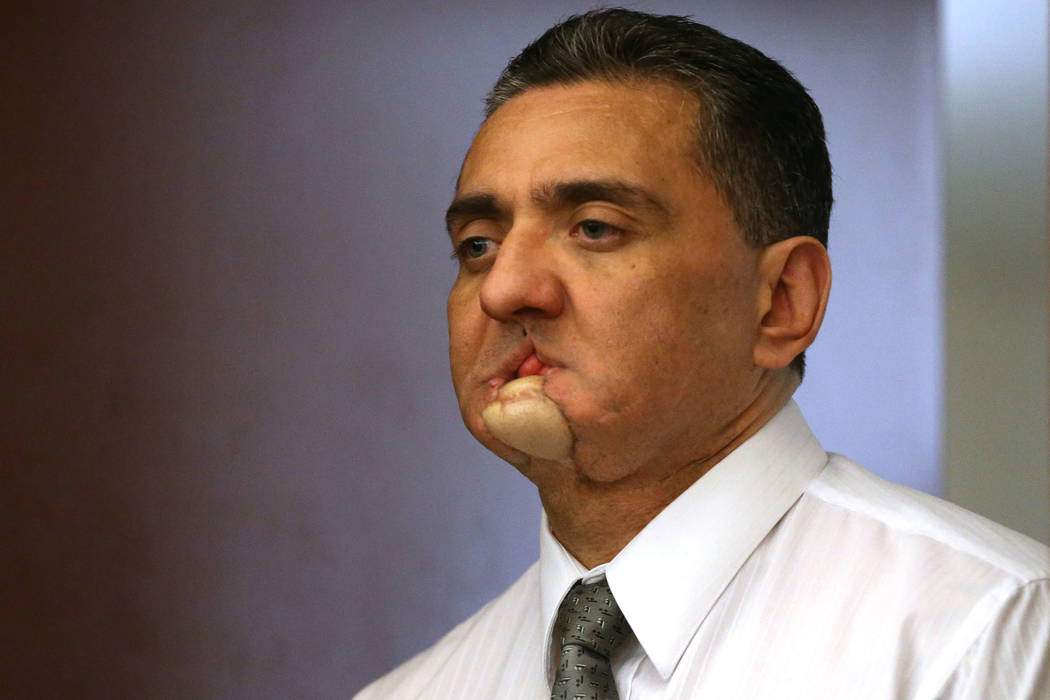 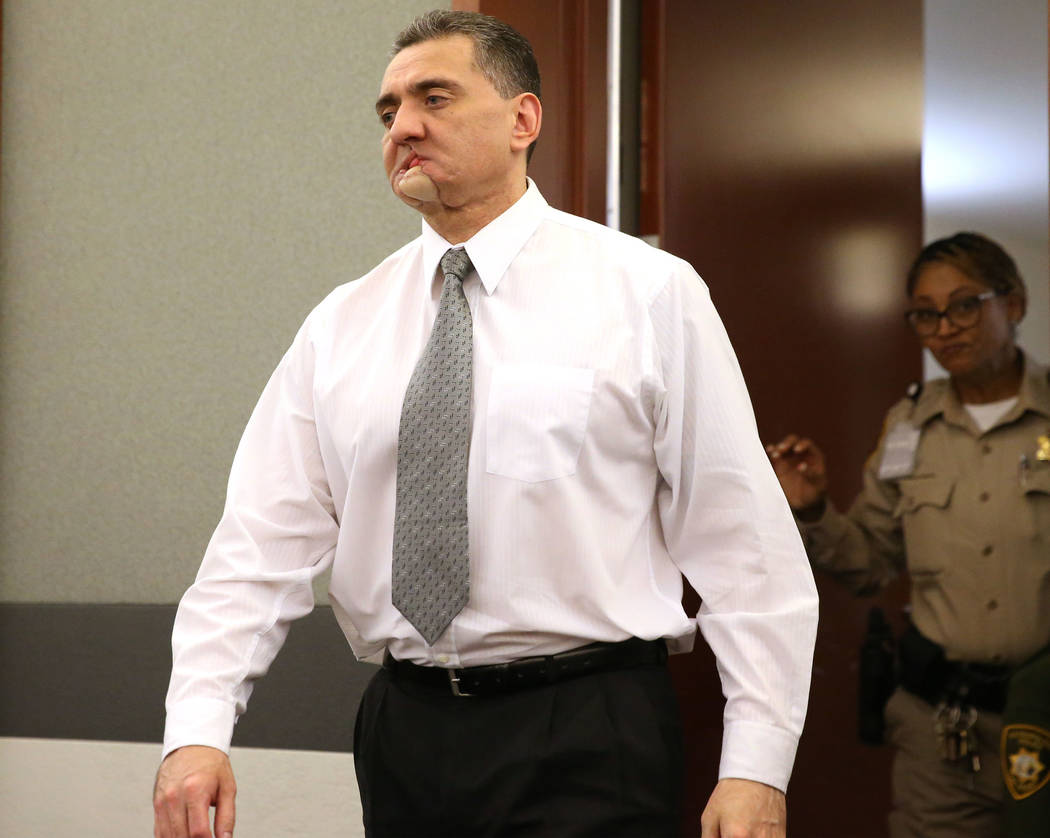 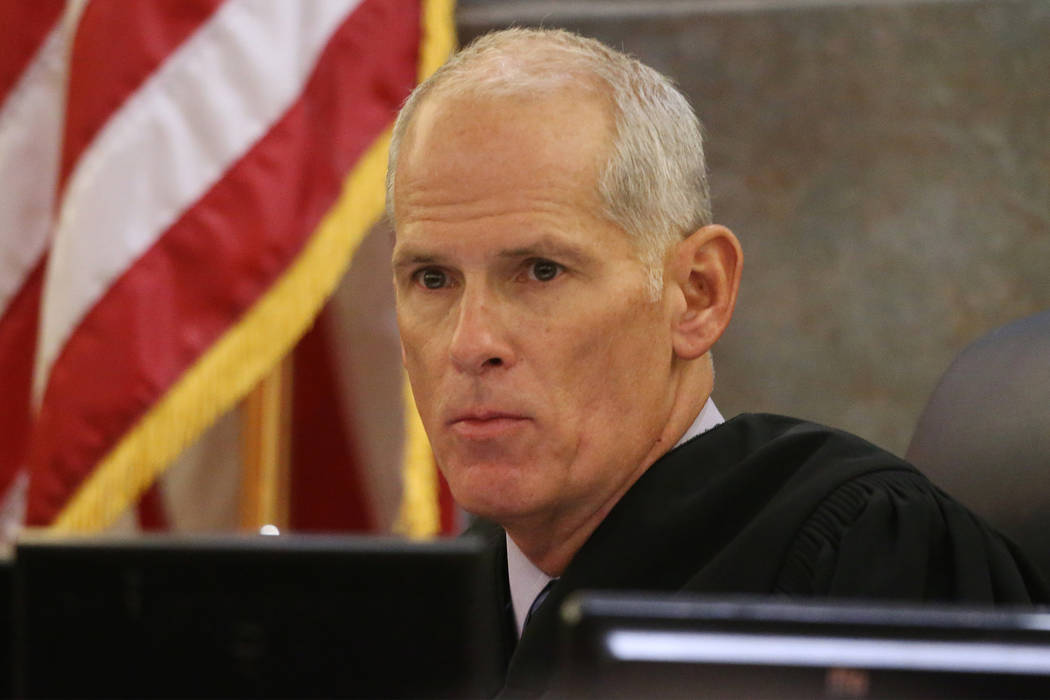 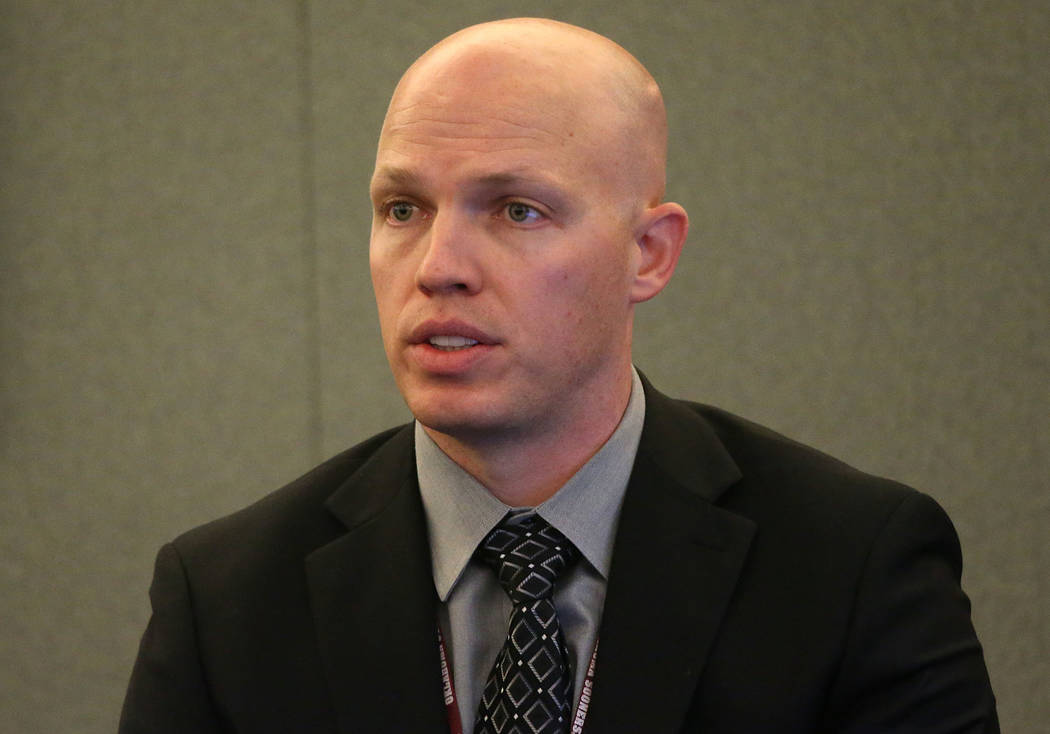 Las Vegas police officer Mitchell Legrow is questioned on the witness stand during the court trial for Manuel Mata, not pictured, who is accused of killing Maria Flores and her 17-year-old daughter, Elizabeth Gomez, at the Regional Justice Center in Las Vegas, Wednesday, Nov. 6, 2019. Legrow responded to the crime scene in 2013. (Erik Verduzco / Las Vegas Review-Journal) @Erik_Verduzco 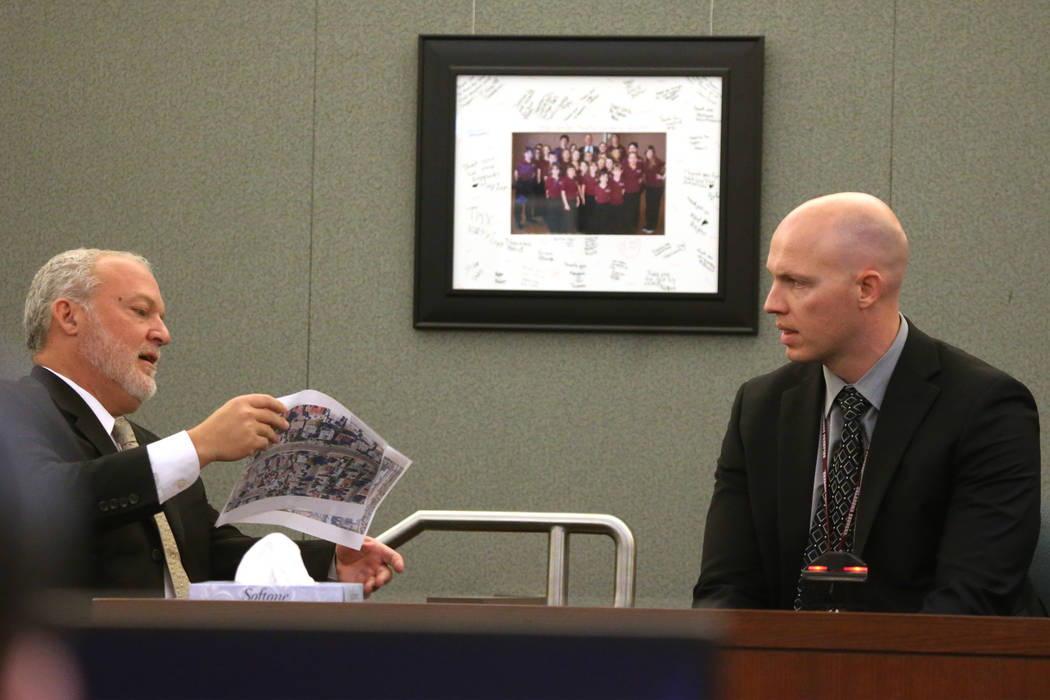 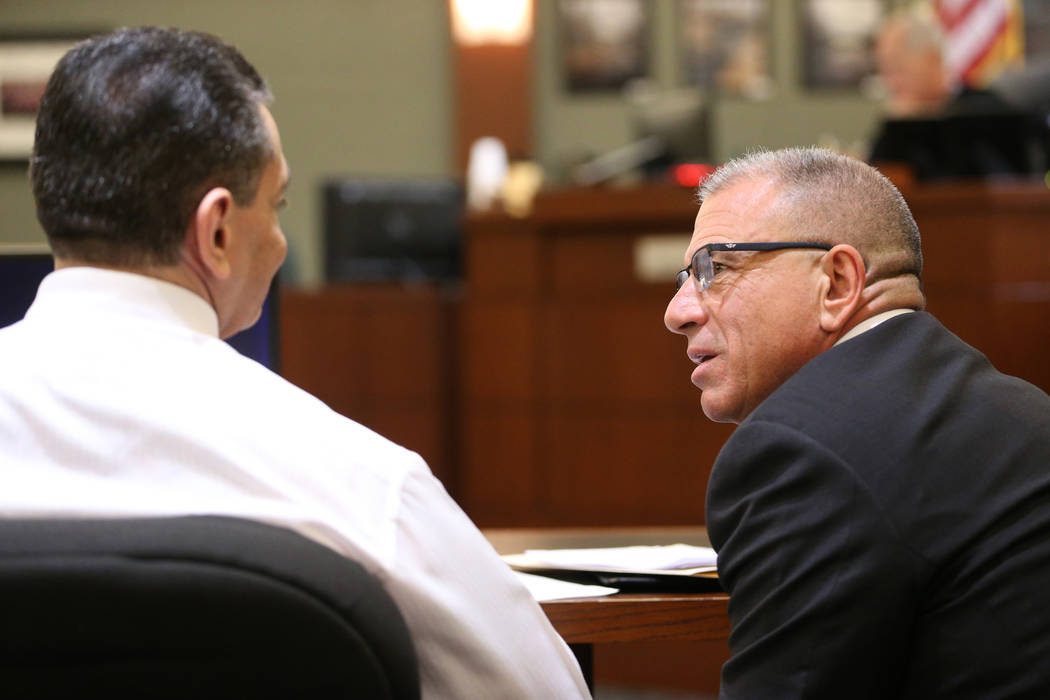 She told him she wanted to leave, and she had pulled pictures from the wall of their home in the 5500 block of Cotton Street, though he had tried to convince her to stay with him.

On the morning of June 1, 2013, prosecutors said, Mata shot and killed 43-year-old Flores and her 17-year-old daughter, Elizabeth Gomez, along with shooting her 4-year-old daughter, Sophia Trujillo, in the neck. Then, he fired a shotgun blast into his chin.

Mata survived with a facial deformity and is facing the death penalty if convicted of murder.

Along with two counts of first-degree murder, Mata faces charges of attempted murder with use of a deadly weapon, trafficking in a controlled substance and three counts of possession of a stolen firearm.

His defense attorney, David Schieck, told jurors that Mata admitted to shooting himself, but he argued that an intruder shot Flores and the girls.

“It’s our position that the state will not have proved that Manny Mata committed these shootings, because he didn’t,” Schieck said.

The prosecutor argued that Mata had become increasingly angry and jealous in their relationship. Investigators found 41 grams of cocaine inside the home, along with 13 firearms, including three stolen weapons. Police said at the time that Mata had financial troubles and had been drinking heavily before the shooting.

Schieck said that the day before the shooting was “a fairly normal day in the Mata household.”

In a text message, Flores had expressed anger with Mata, Schieck said, but by the end of the exchange they had traded “I love yous.”

On the morning of the shooting, Mata’s 19-year-old daughter was in a locked bedroom, unharmed. She called her grandfather after she heard gunfire, the attorneys said.

As police responded to a 911 call from Mata’s father, who discovered him and Flores in a pool of blood on the floor of the home, Mata aimed his shotgun at officers, according to Giordani and officers’ testimony.

Giordani asked jurors to “hold the defendant accountable for these heinous acts.”