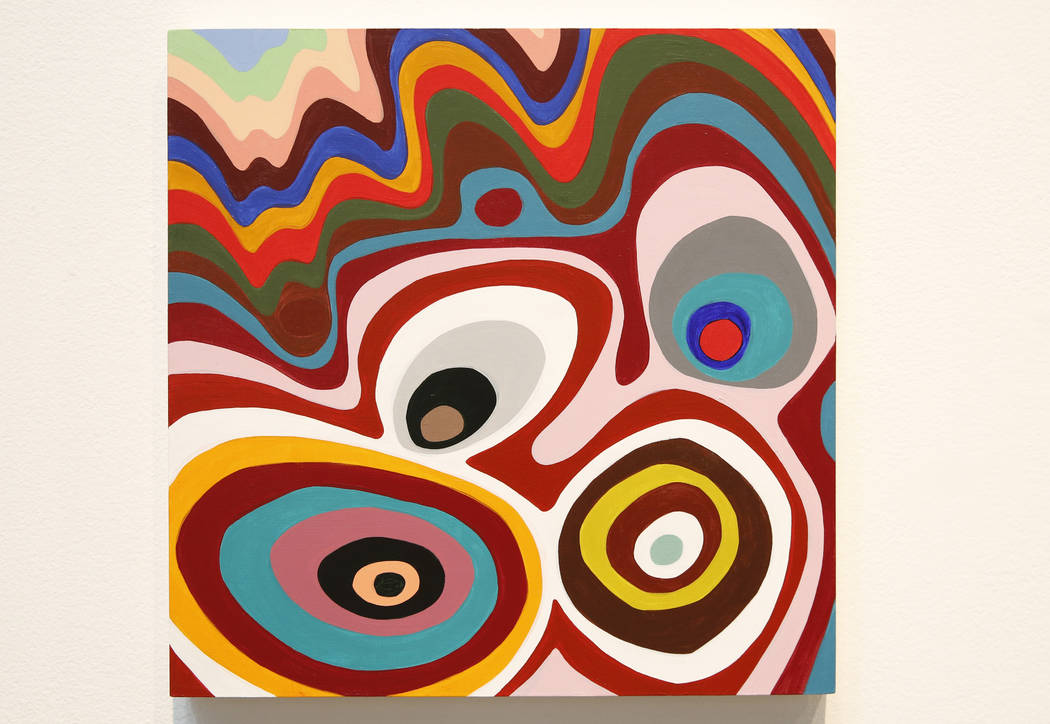 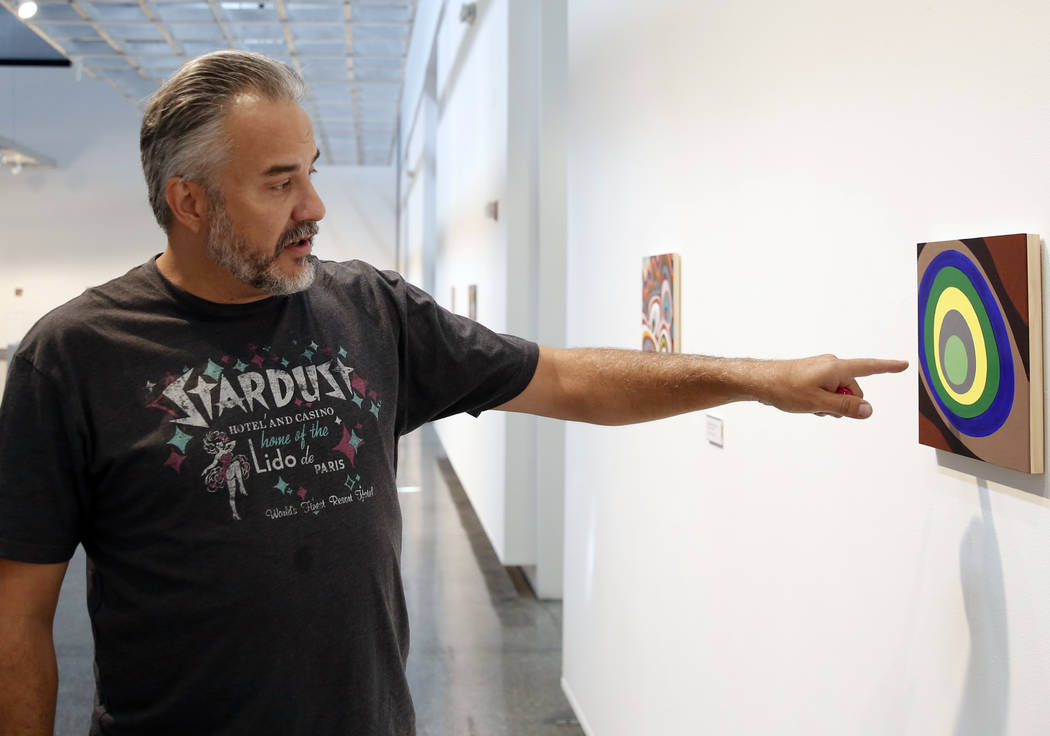 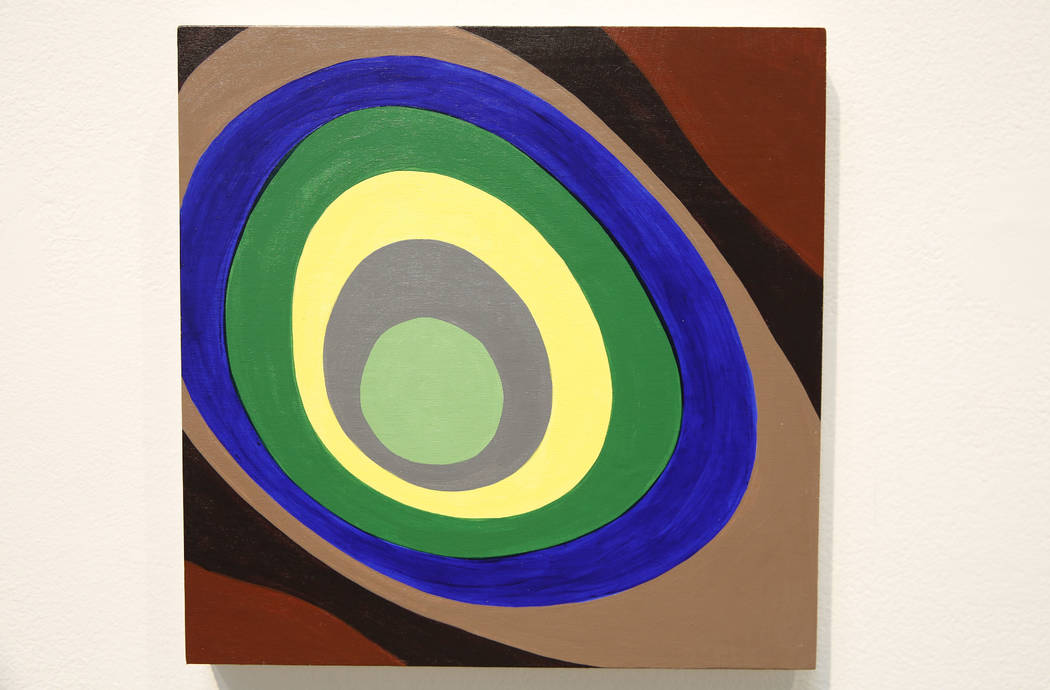 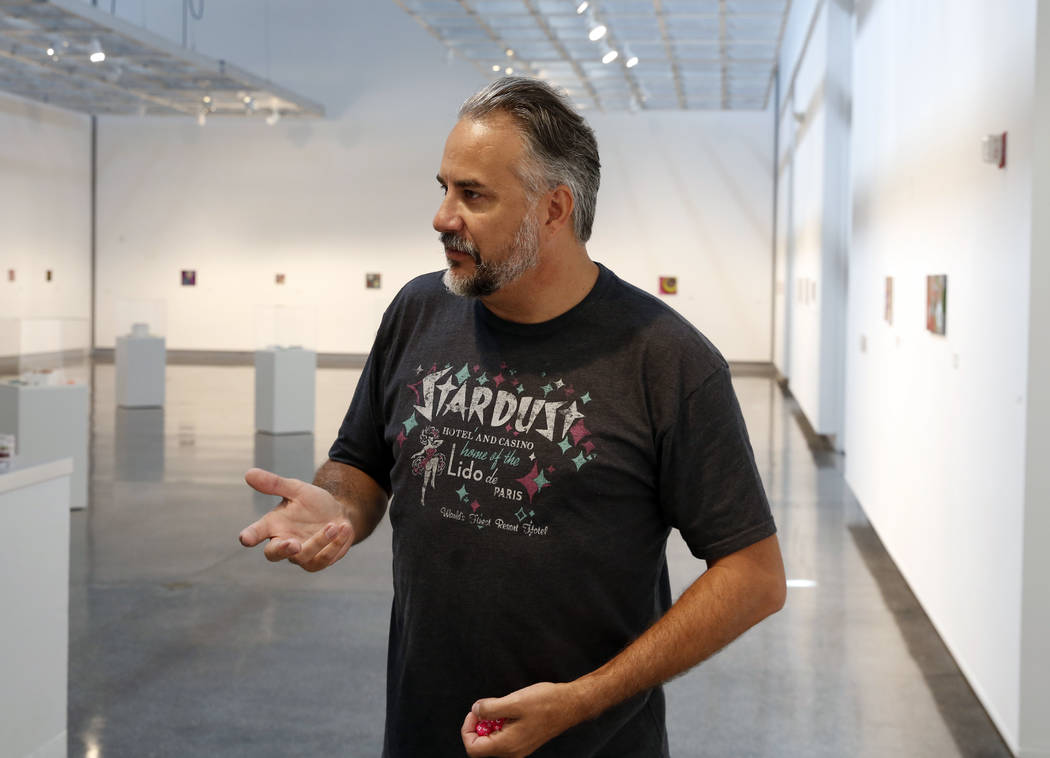 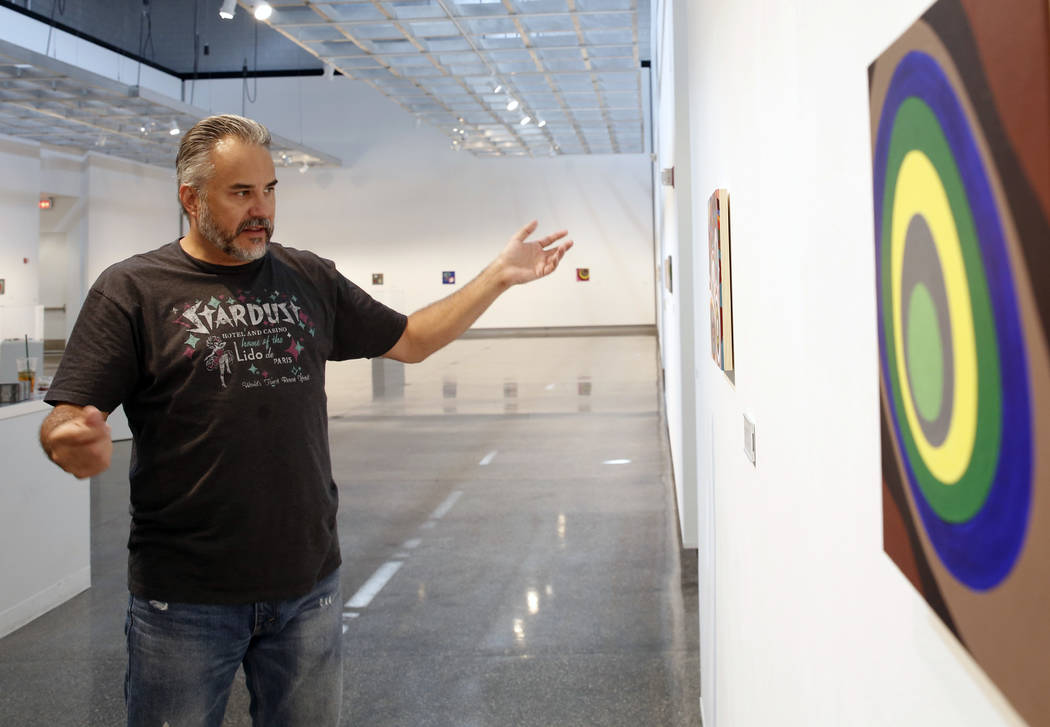 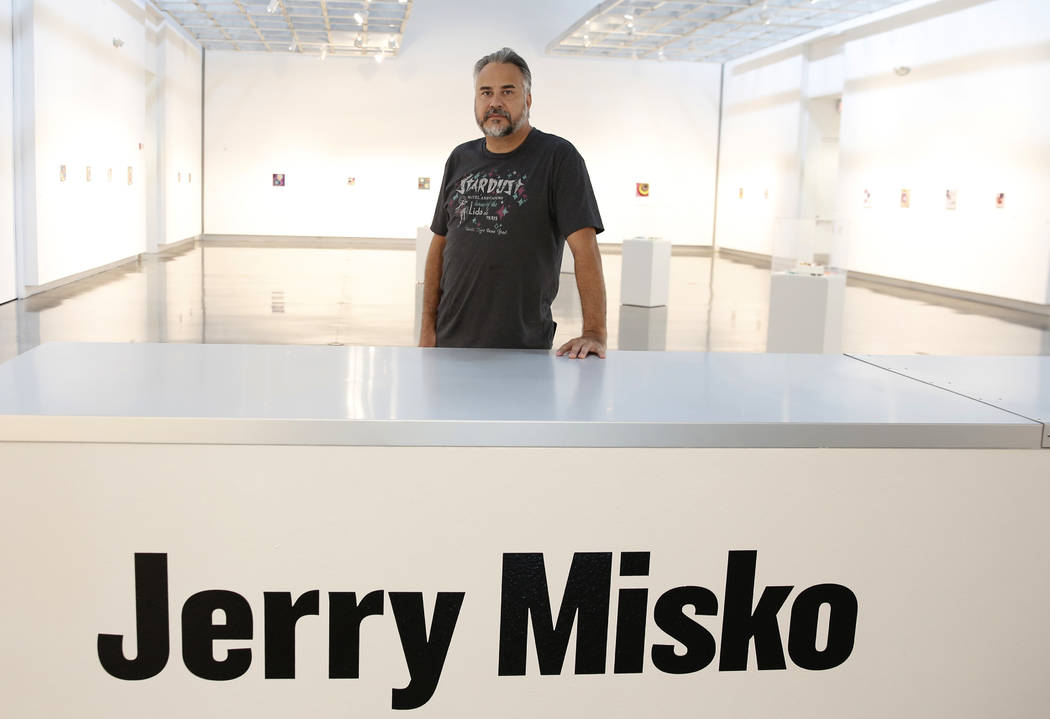 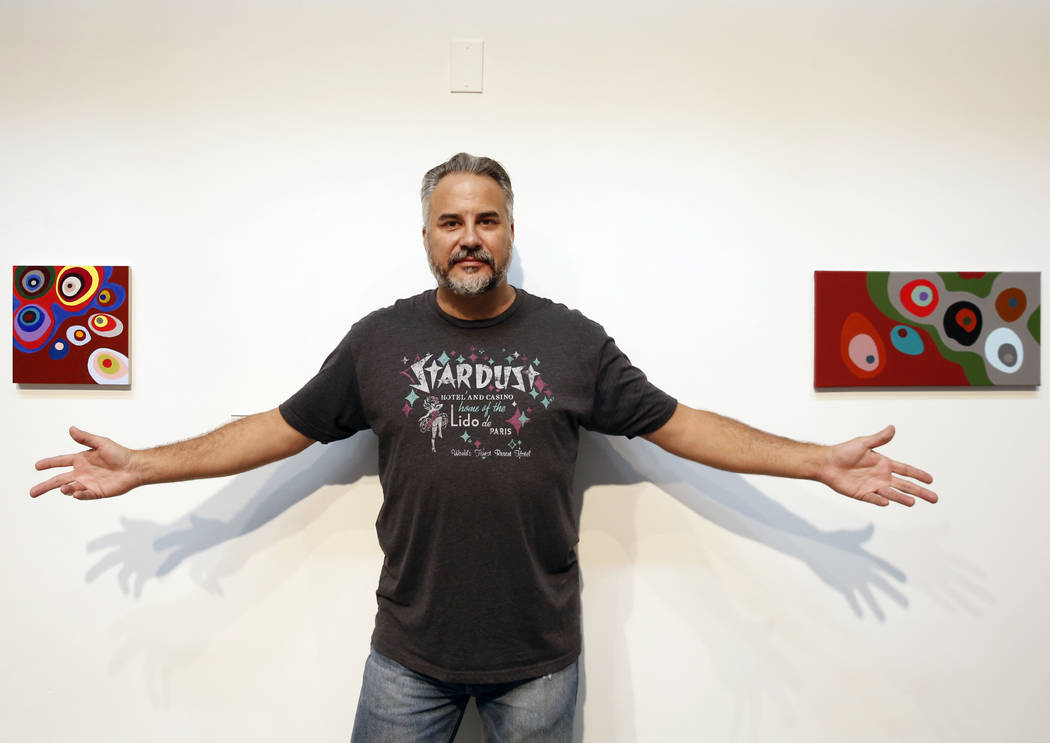 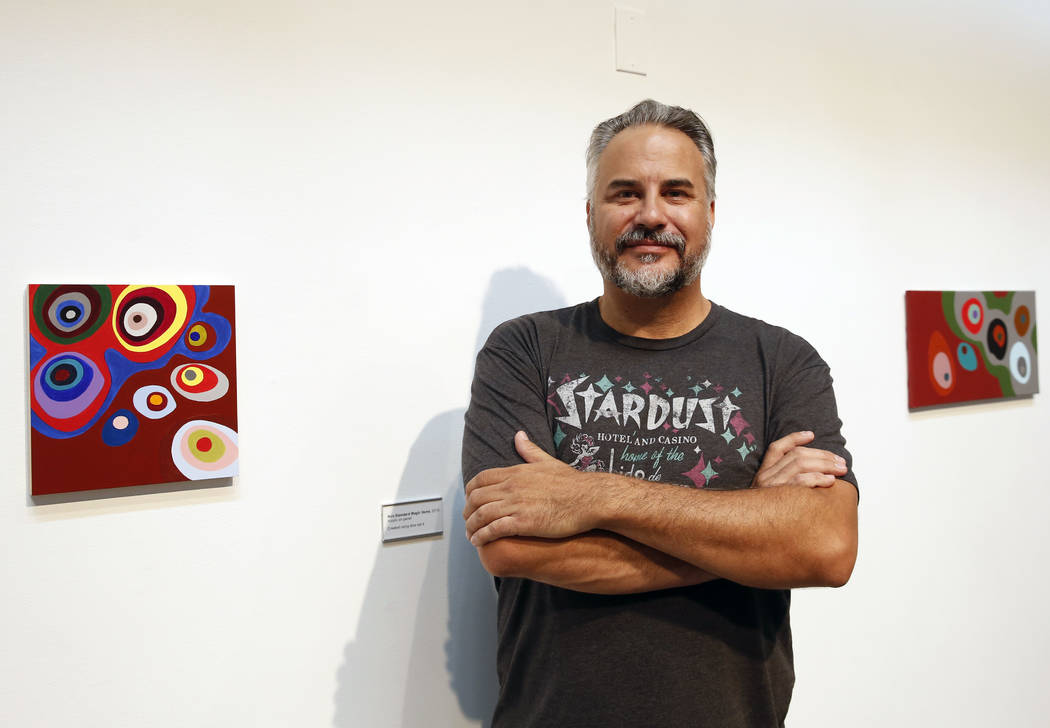 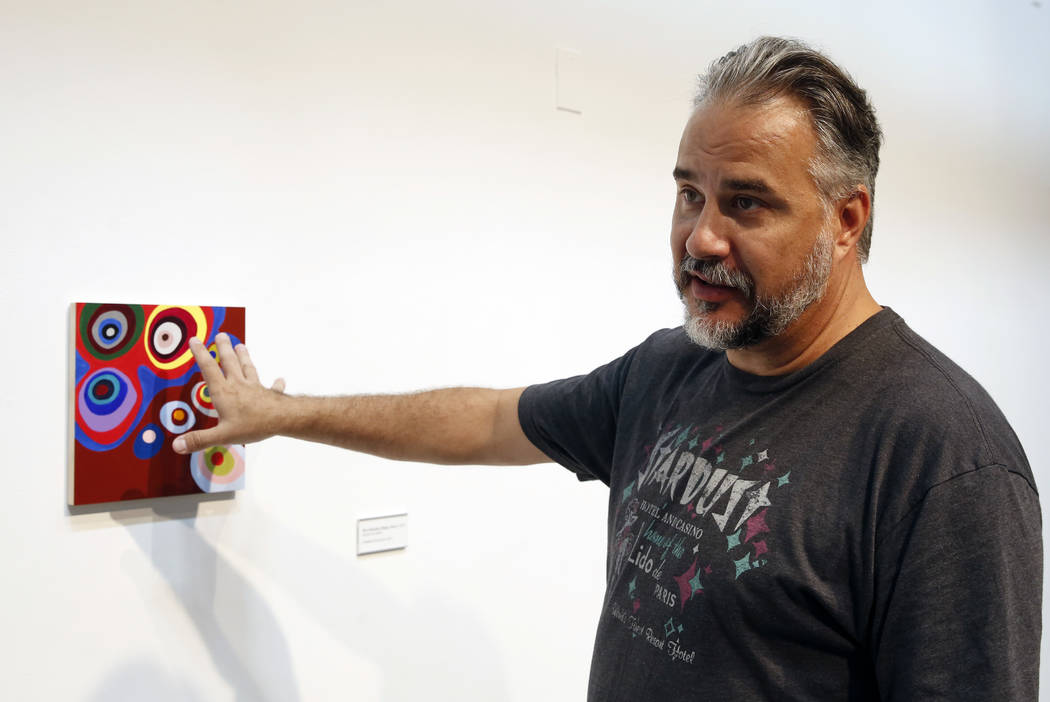 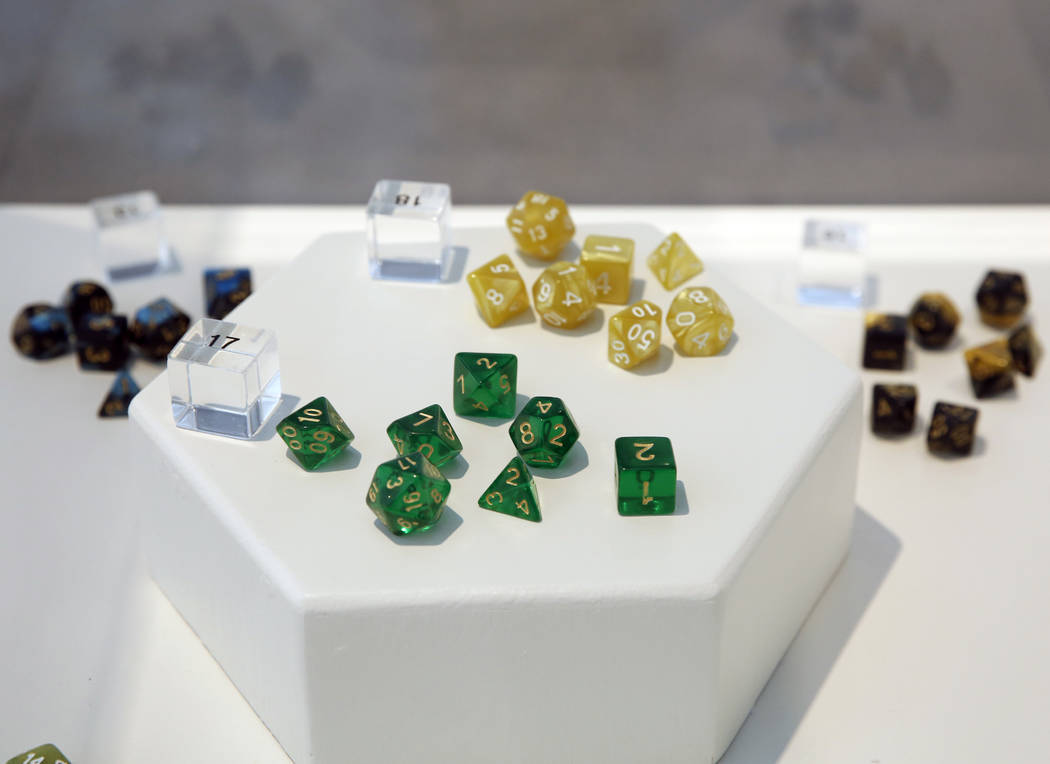 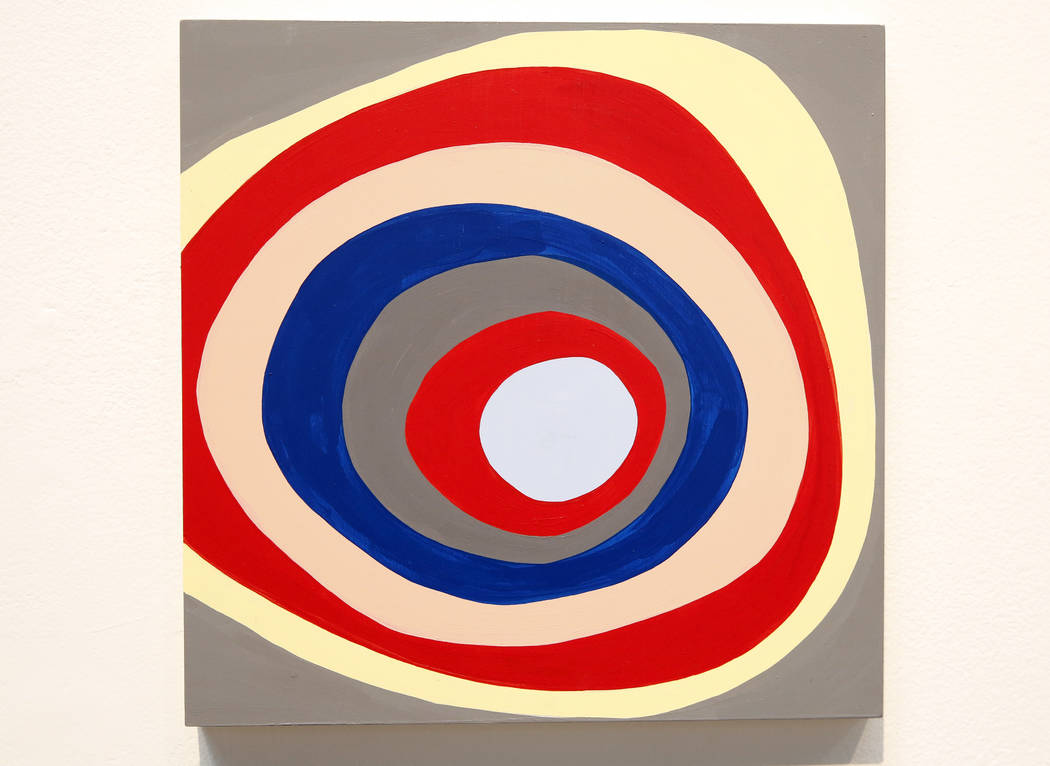 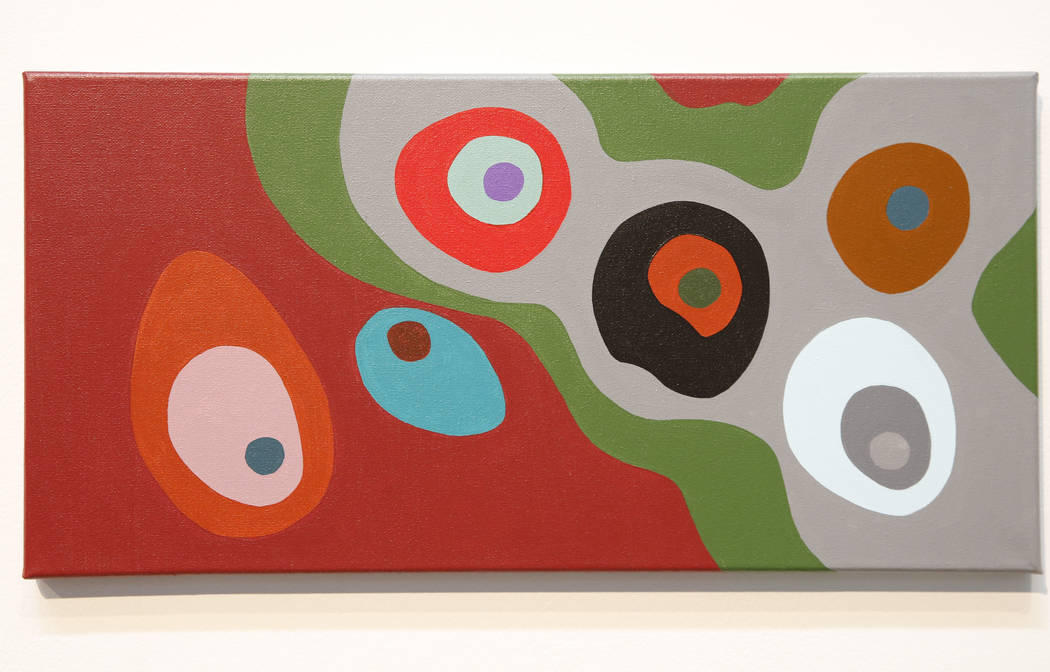 They look like dyed fried eggs, or multicolored avocados cut in half, or artistic representations of cell drawings from grade-school science class.

But for all their seeming simplicity, the paintings featured in Las Vegas artist Jerry Misko’s latest exhibition actually are the complicated result of random chance and rolls of dice operating within a set of predefined rules.

The exhibition, “Polyhedral,” runs through Sept. 15 at The Studio at Sahara West Library. Misko says the paintings are an extension of previous pieces he has done that incorporate those fried egg-like flashes of color surrounded by concentric rings — bringing to mind light bulbs or casino neon — and of pieces he created for a show last year that involved translating rolls of traditional dice into drawings.

“Polyhedral” takes those notions further by creating images on the basis of rolls of polyhedral dice, which have fewer or more sides than standard dice. A series of rolls determined each aspect of each painting, from how many fried egg-like nuclei would appear in it to how many concentric rings would surround those nuclei and, even, the colors he would use. (The charts Misko used, as well as the sets of dice used for each painting, are part of the exhibition.)

Chance also determined each painting’s title, which Misko selected from an old “Dungeons & Dragons” book, rolling a set of dice to determine specific page numbers. And when the time came to mount the exhibit, dice rolls even determined which of each canvas’ four sides would serve as its top and where in the gallery each painting would be displayed.

Misko concedes that leaving artistic decisions to chance did sometimes result in paintings he wouldn’t have created otherwise. For instance, “I probably would never have put that kind of weird green by that peach color,” he says, indicating a painting on a far wall.

Misko says his own work tends to be “big, bright, bold” and Vegas-y, “where these are little bitty jewel-like things.”

But Misko’s notion was to tamp down his own ego and let chance take over. “It’s not about turning my brain off,” he says, but “shifting my brain to a different way of making art.”

The pieces in the exhibition took about three months to create. Misko admits that making the exhibition about a type of work nobody has seen him do — and through a process he didn’t entirely control — was scary.

“It was jumping off a cliff,” he says with a laugh.

“Going in, I knew it was going to be a disaster or pretty awesome, and probably not anywhere in between.”