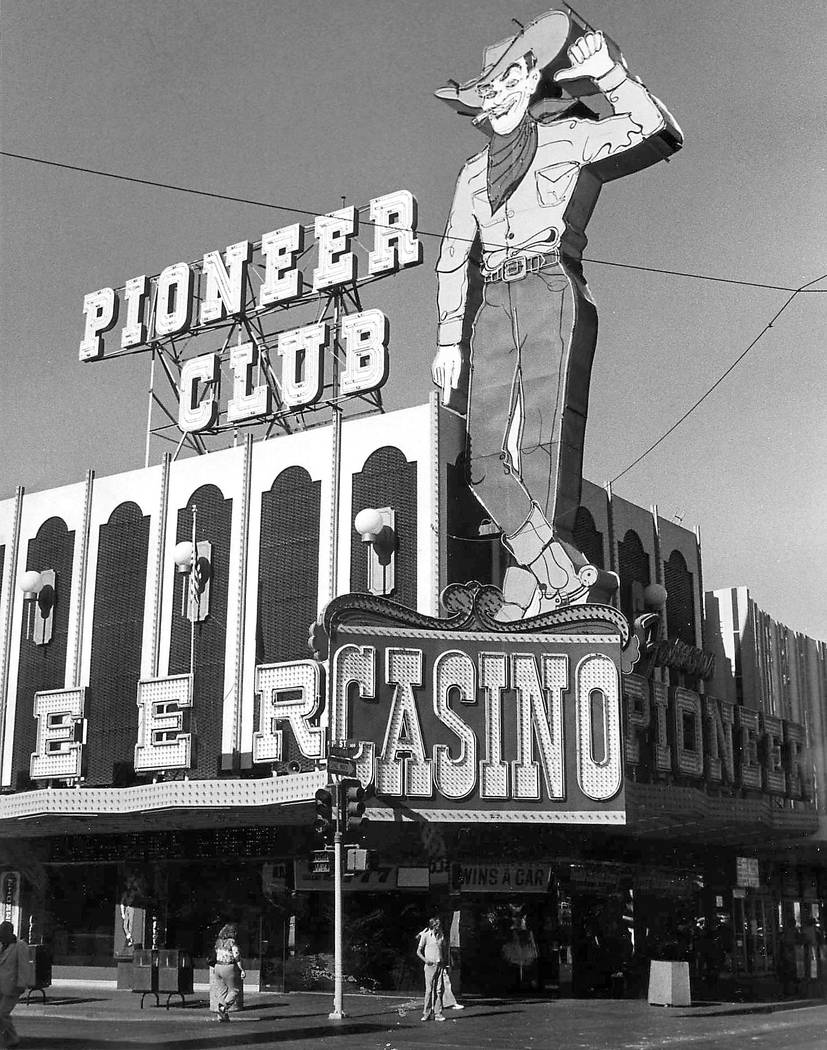 Vegas Vic neon sign is seen above the Pioneer Club casino on Fremont Street in downtown Las Vegas in this Las Vegas Review-Journal file photo. Zack Hale, a one-time circus clown and ringmaster from Henderson, who died this week, was the voice that called out “Howdy Partner” as the sign waved to passersby. (Wayne Kodey/Las Vegas Review-Journal) 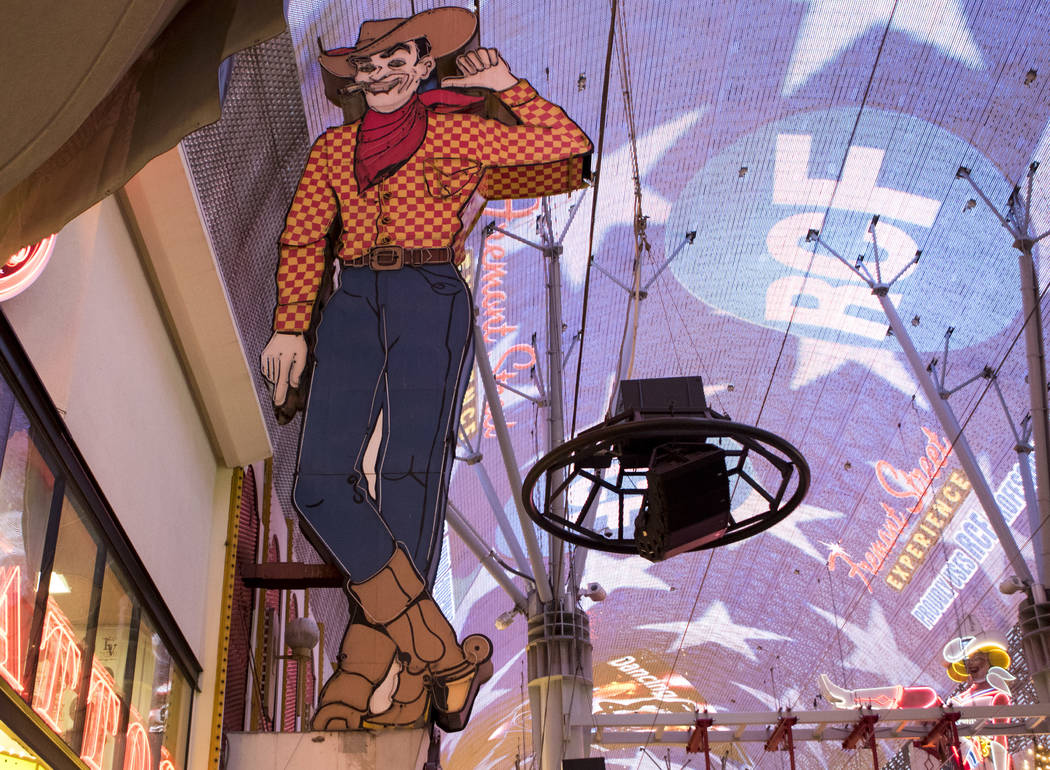 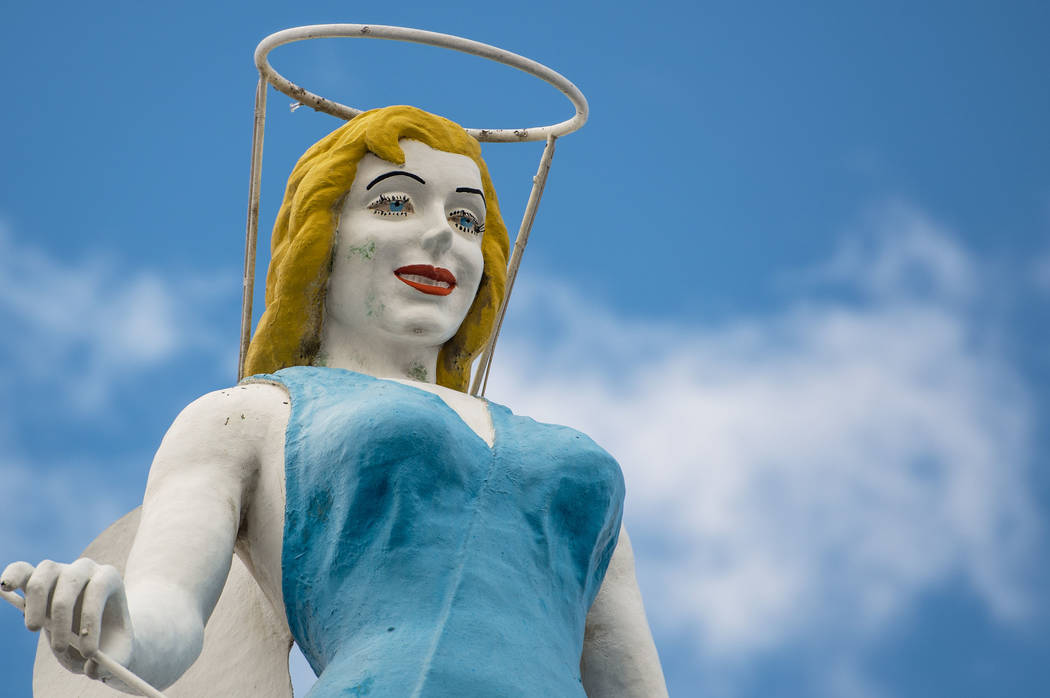 The two photographers documented the Blue Angel from almost every angle and present their findings in the mufti-faceted exhibit that will run through July 26, 2013 in Trifecta Gallery July 4 - 26, 2013, Falling Angel : Bryan McCormick and Geoffrey Ellis 107 E. Charleston Blvd. in the Arts Factory. 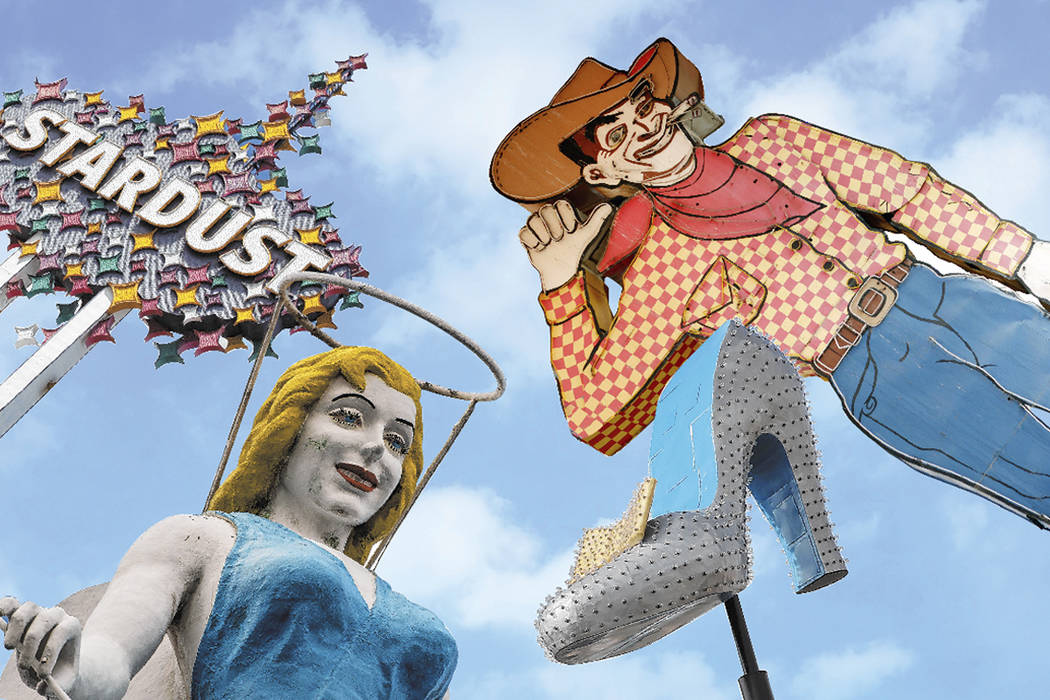 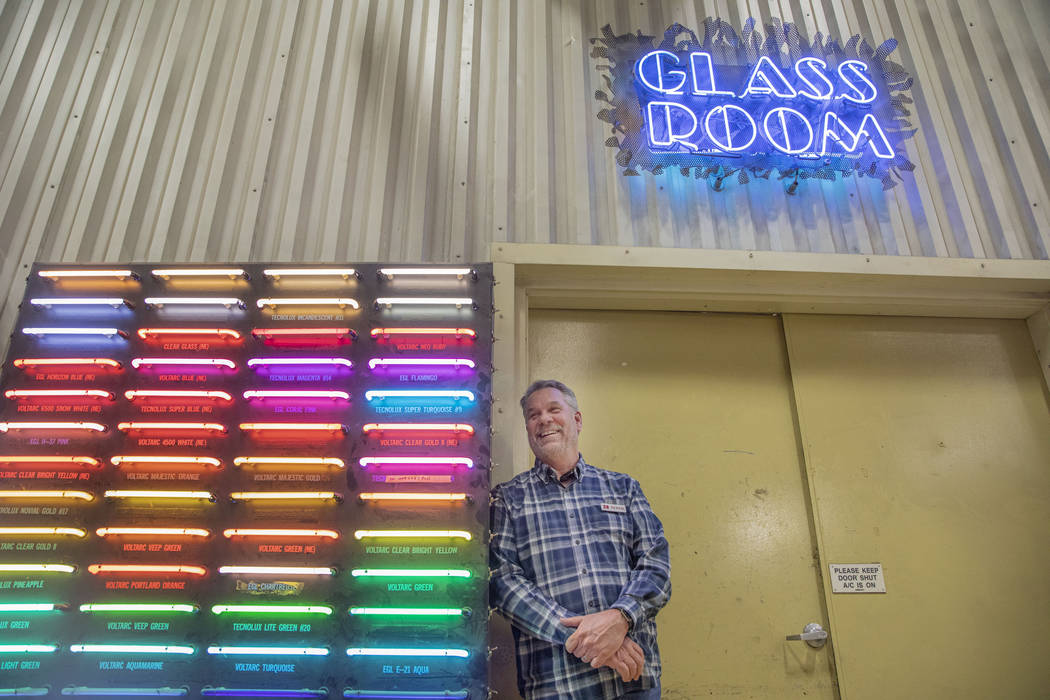 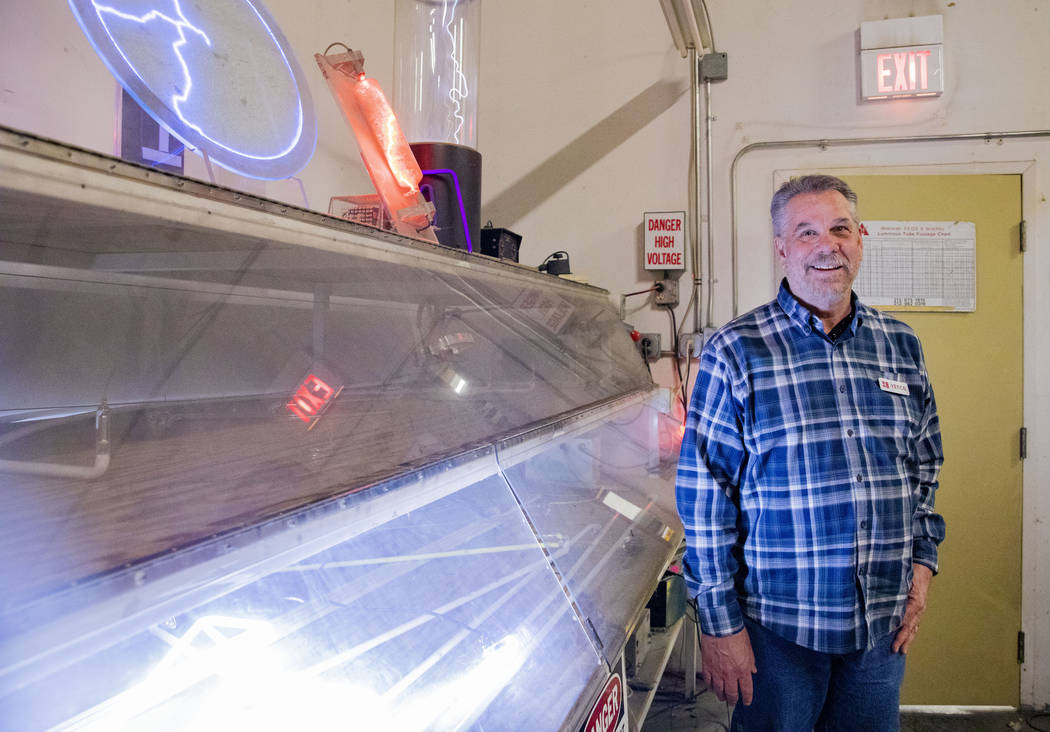 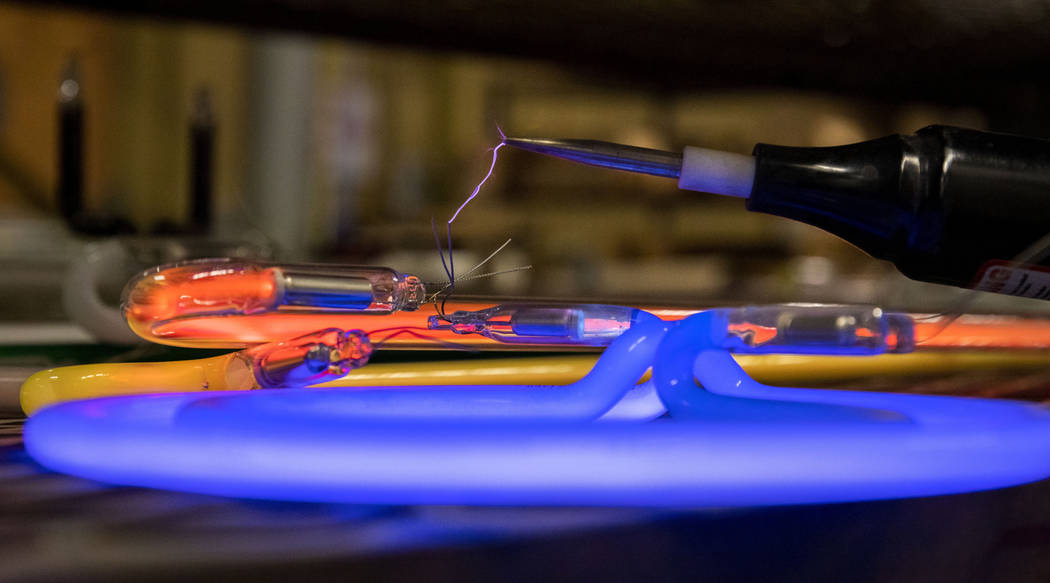 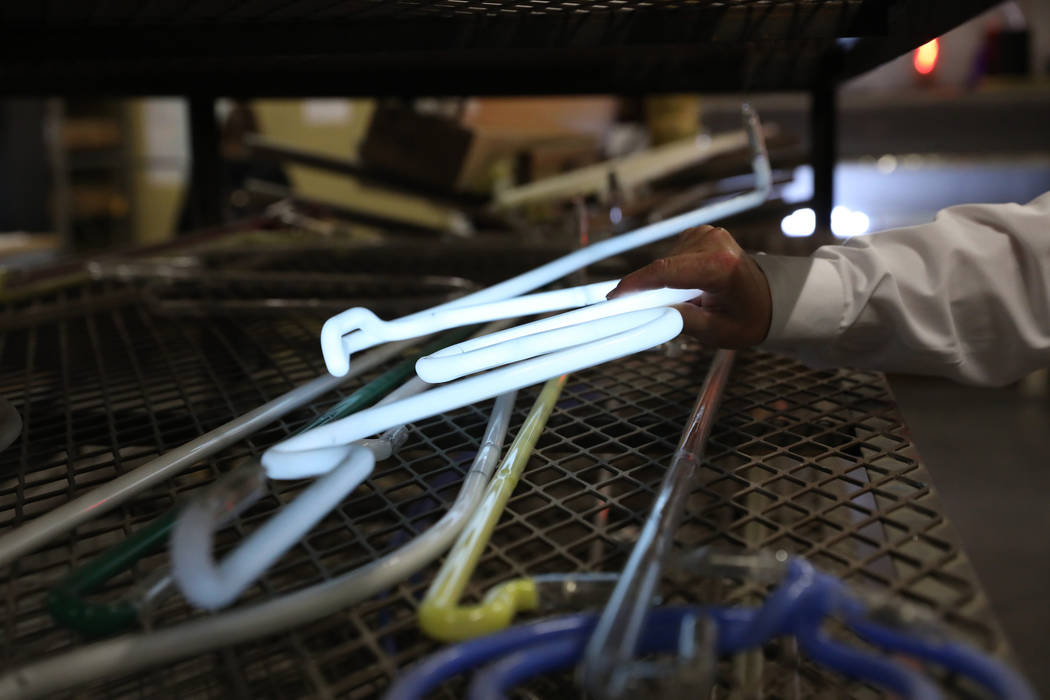 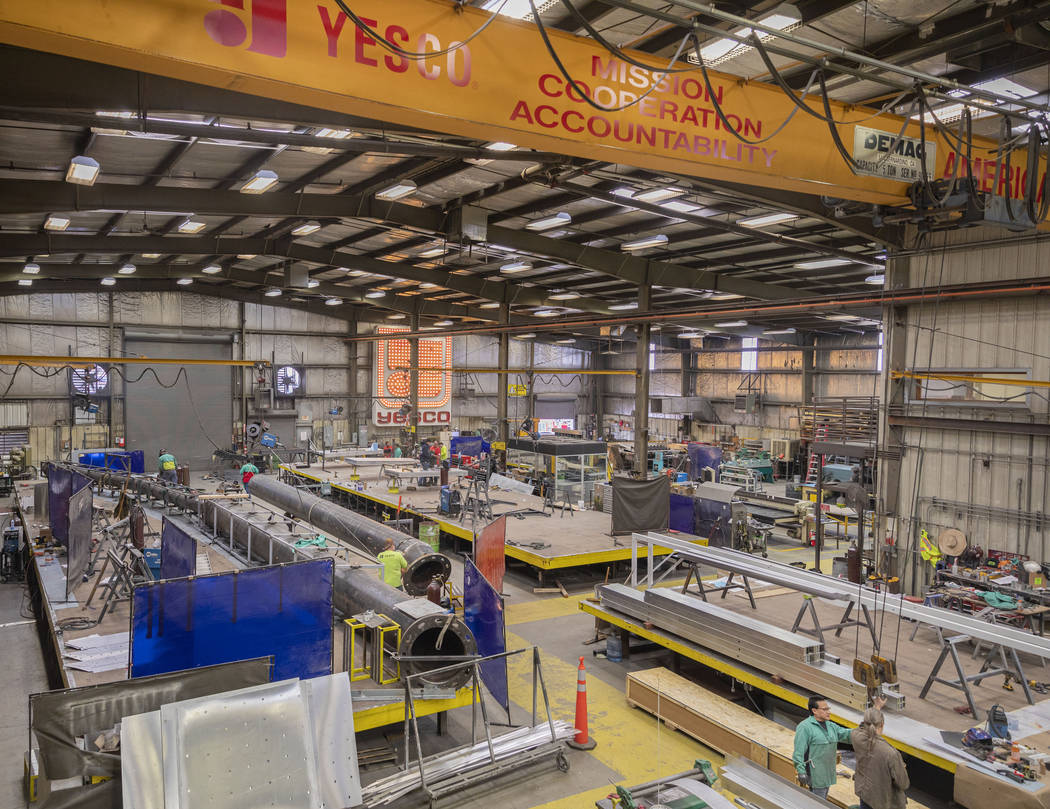 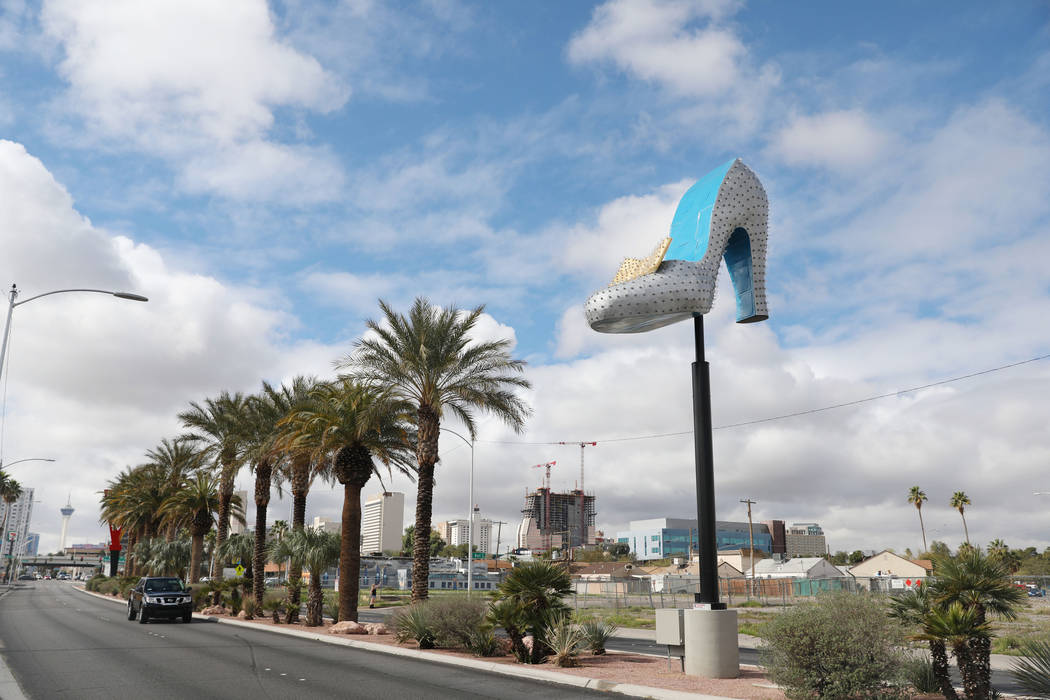 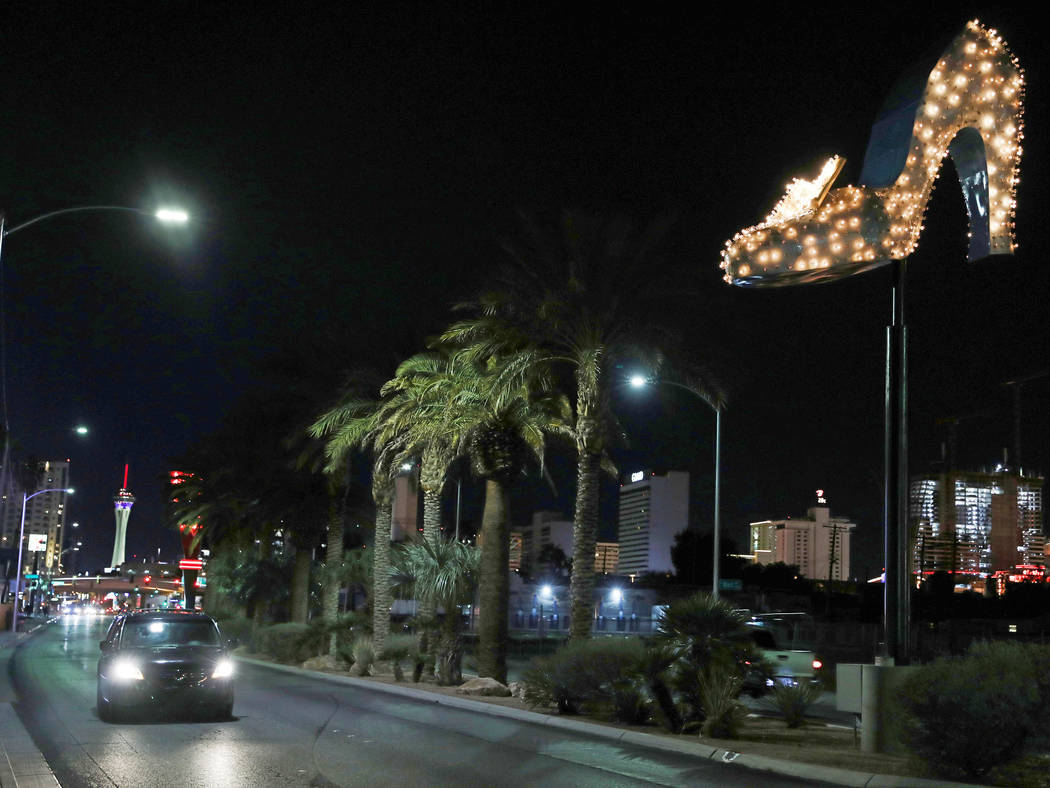 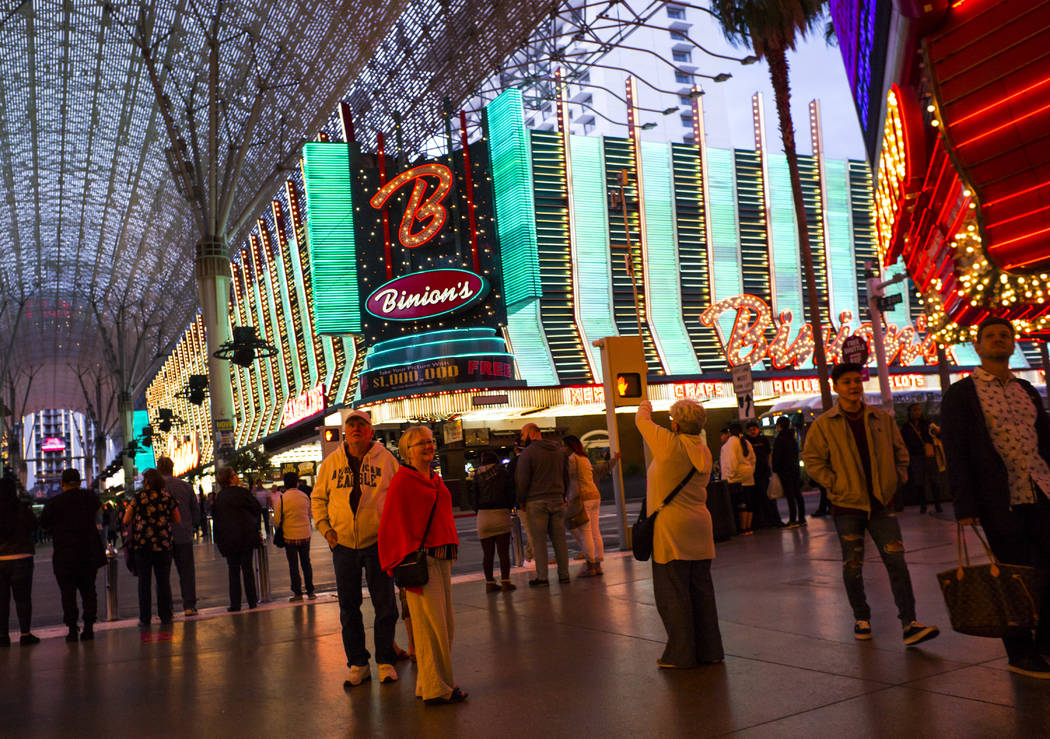 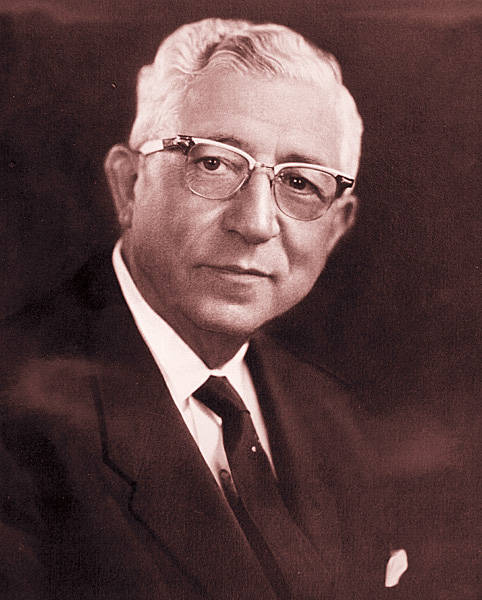 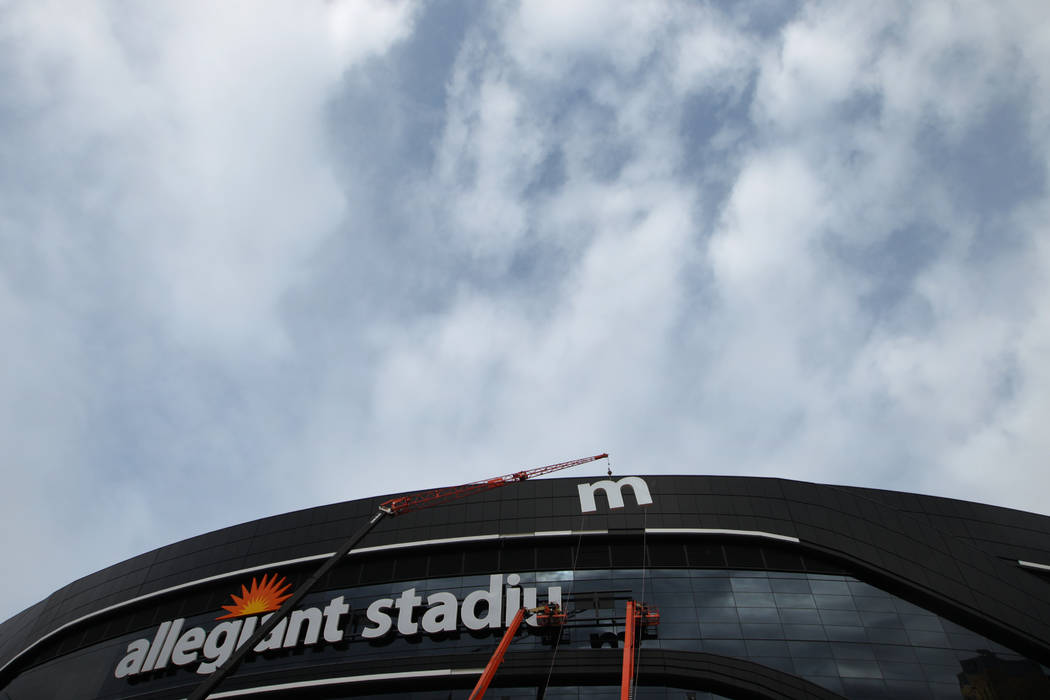 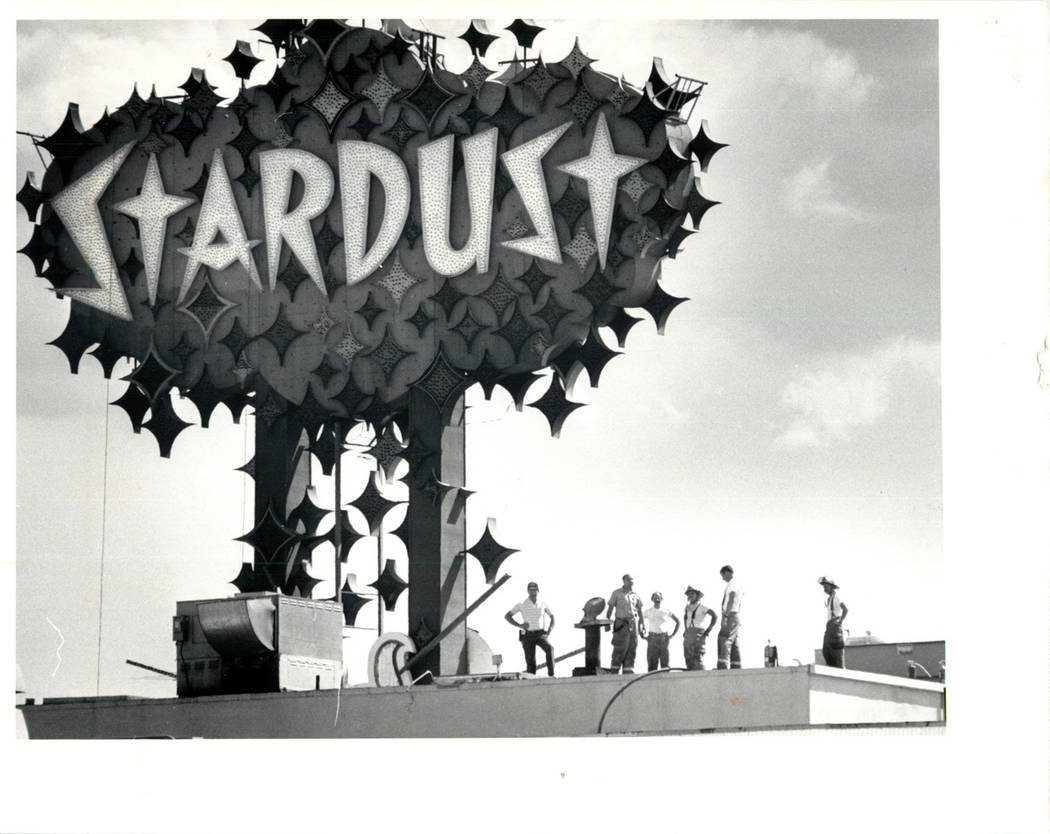 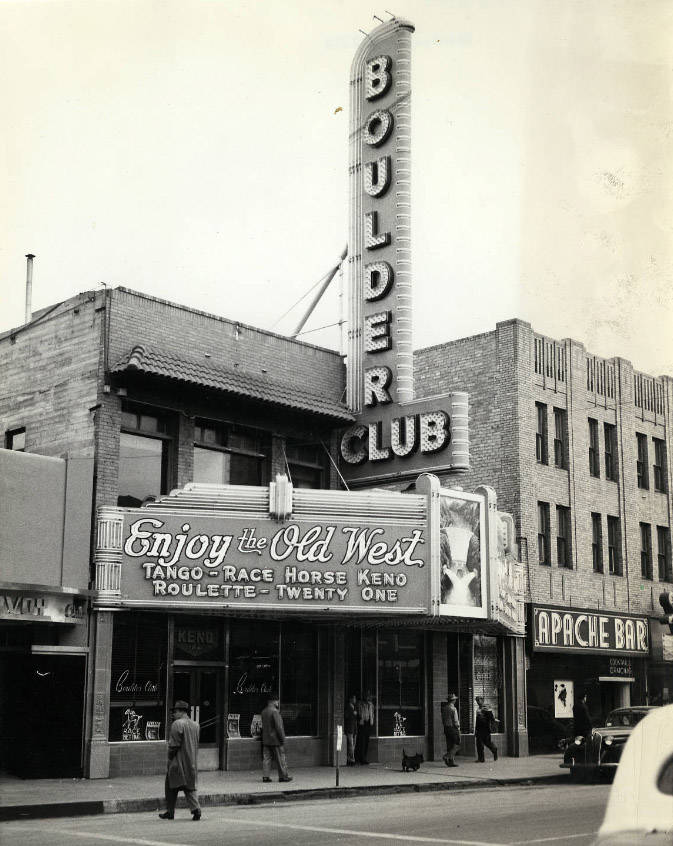 Charlie Rundquist remembers how, as a young child, his father would put him in the backseat of his Kaiser and cruise down the Strip or Fremont Street to look at the neon lights and glittering signs of the city’s skyline.

His father would stare at the lights, too. Not in youthful admiration, but to scrutinize signs where a bulb had burst or a light was out or the neon had tarnished.

The weekly field trips for Rundquist were sign patrol assignments for his father, who worked for Yesco, then called the Young Electric Sign Company.

The company is responsible for most of the neon and LED signs in Las Vegas, including Vegas Vic, the Silver Slipper, several panoramic video screens on Las Vegas Boulevard and the newly installed letters on Allegiant Stadium. On Friday, the company will celebrate its 100th anniversary.

Neon runs in the family

Rundquist remembers visiting his father at work and watching him extend narrow tubes of glass over fire until they became slack, then manipulating them into coiled and curling shapes to be filled with mercury and phosphorus and neon or argon gases.

“I thought it looked fun and exciting,” Rundquist remembers. “His friends all worked there. I thought, ‘I want to work there when I grow up.’”

Rundquist started working in Yesco’s maintenance department in 1974 and, when it was his turn to go on sign patrol, he would load his own kids into the backseat, stop to get them an ice cream cone and then drive along the Strip, down Fremont Street, through commercial centers and strip malls, scrutinizing the signs’ quality while his kids enjoyed a special night out.

Rundquist worked in Yesco’s maintenance department until 1978. He left to work for his father-in-law but has been back at the company for 20 years, working now as electric service manager alongside his son and his great-grandson’s father.

He’s serviced some of the city’s most iconic signs, such as the Golden Goose and Betty Willis’ “Welcome to Fabulous Las Vegas” sign as well as the Strip’s more modern signs, like the massive video screens in front of the Palms, Aria and the Forum Shops at Caesars.

Rob McCoy, president and CEO of the Neon Museum, estimates that more than half of the museum’s collection was produced by Yesco.

Born and raised in Las Vegas, he relates to the art form in the same way that Rundquist does.

“I have very fond memories of my parents throwing us in the car on Saturday nights and driving down the Strip or Fremont Street,” he says. “All these decades later, I’m in charge of the collection.”

Since the sign company pioneered the use of neon signage on Las Vegas’ Boulder Club in the 1930s, Yesco has developed much of the iconography that has created the image of Las Vegas.

The Western neon of Old Vegas, the strobing flashbulbs of the mid-20th-century Strip and the casino-wrapped video screens that illuminate today’s casinos were all developed, at least in part, by Yesco’s sign makers. 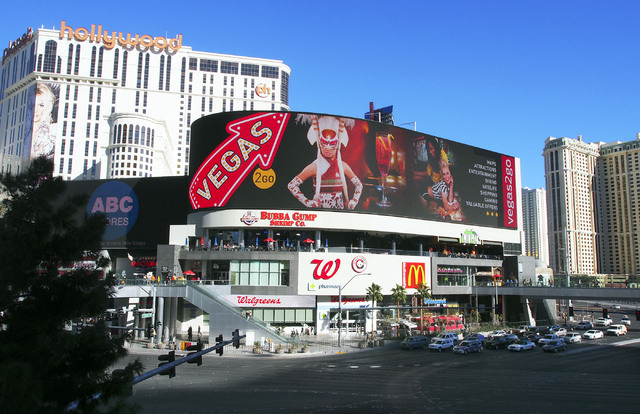 “I think neon defined us as a place to visit,” McCoy says. “People around the world have this romantic image of Las Vegas with neon blazing, and I think without neon signs, we never would have earned the reputation we have now.”

Over a century before Las Vegas’ skyline was bedazzled in neon and light bulbs, 15-year-old Thomas Young immigrated with his family from England to Utah in search of work in 1910.

He served an apprenticeship under a number of sign-writers and learned the art of hand-lettering, eventually earning a diploma from the Detroit School of Lettering and working in electric sign construction, according to “A Legacy of Light: The History of Young Electric Sign Company.”

In the early 1930s, Yesco became one of the first companies to create signs using neon.

“He visited Las Vegas and was staying at the El Cortez,” Jeffrey Young says. “As the legend goes, while in his hotel room, he sketched out a sign on a piece of butcher paper for the Boulder Club. He brought it over to the Boulder Club and they asked him to build it immediately.”

In 1945, Yesco opened a manufacturing location in Las Vegas and went on to create spectacular neon displays for old Vegas mainstays.

“He started selling signs in Las Vegas in the early days, in the ’20s, ’30s, ’40s with the Boulder Club, the Pioneer Club, Vegas Vic, all the way forward to The Mint and forward to now,” Young says. “Tom Sr. really set in motion all of what visually has become Vegas today. Without Tom Sr., I think Las Vegas would’ve been a different place.”

After leaving his animation career at Disney, where he helped animate movies such as “Bambi” and “Snow White and the Seven Dwarfs,” Yesco sign designer Jack Larsen designed some of Las Vegas’ most memorable signs, such as the lamp at the Aladdin, the Golden Goose and the high-heel pump that used to spin outside of the Silver Slipper.

“He was trying to find a nice shoe to model the Silver Slipper after,” his granddaughter Karin Tomanio says. “My mother was leaving the house one night for a date and he stopped her and told her to take her shoe off so he could draw it.”

Larsen mimicked the look of the high-heel pump for the design, which now revolves on Las Vegas Boulevard, in front of the Neon Museum.

Before the advent of computer animation, Rudy Crisostomo used paint and ink to render his mock-ups for the signs at Circus Circus, the New York-New York’s porte cocheres and the Binion’s horseshoe.

While the final designs now belong to the properties he sold them to, his daughter, Kim Bavington, still owns dozens of his earlier drafts for the signs that could have been.