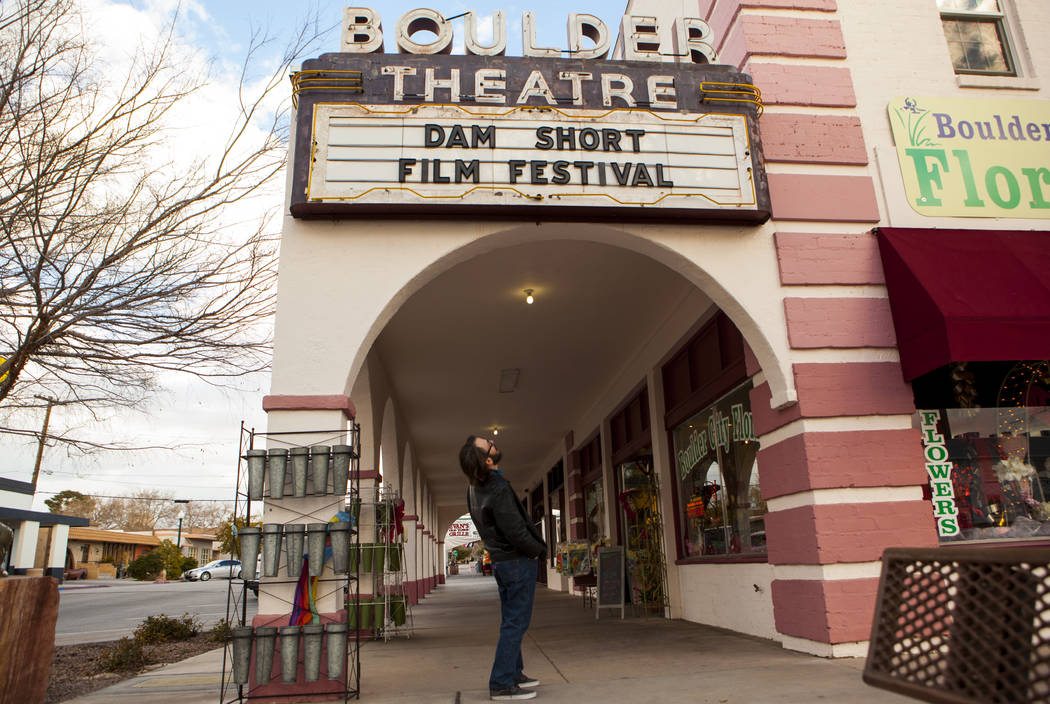 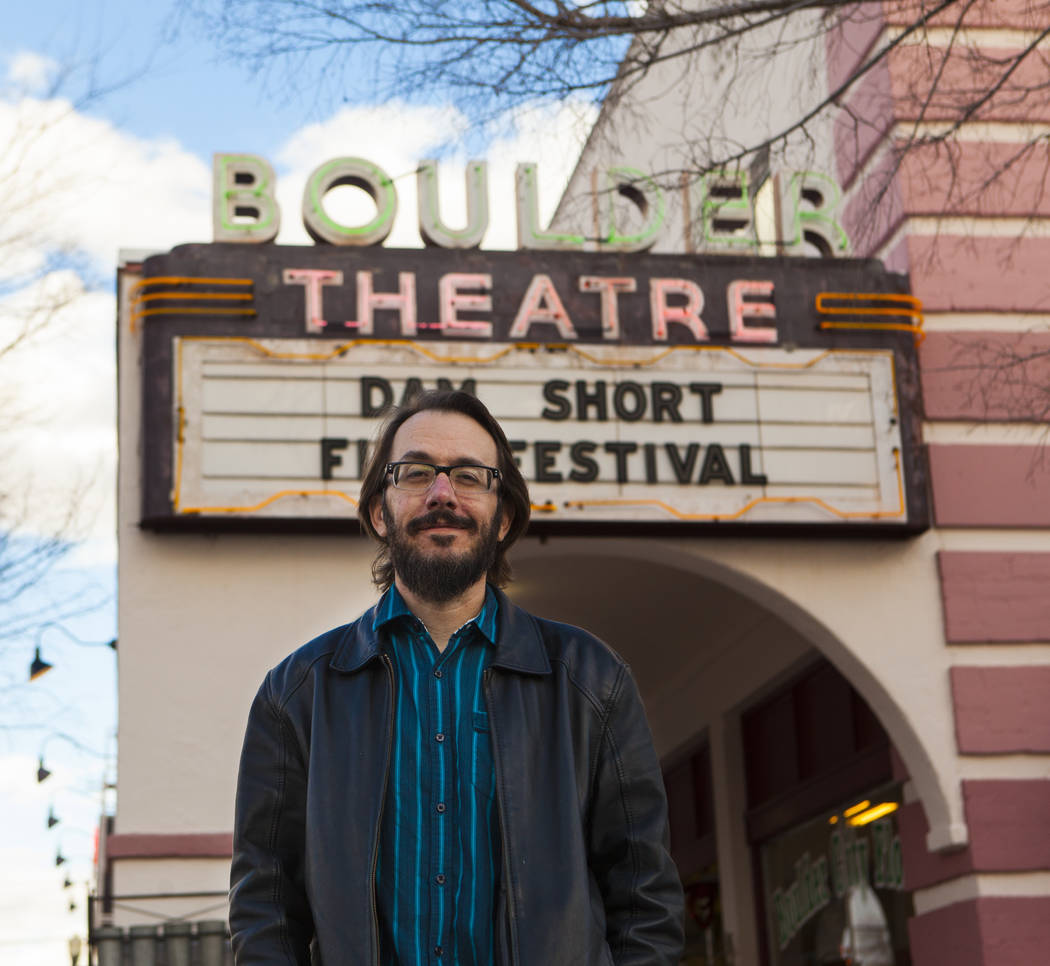 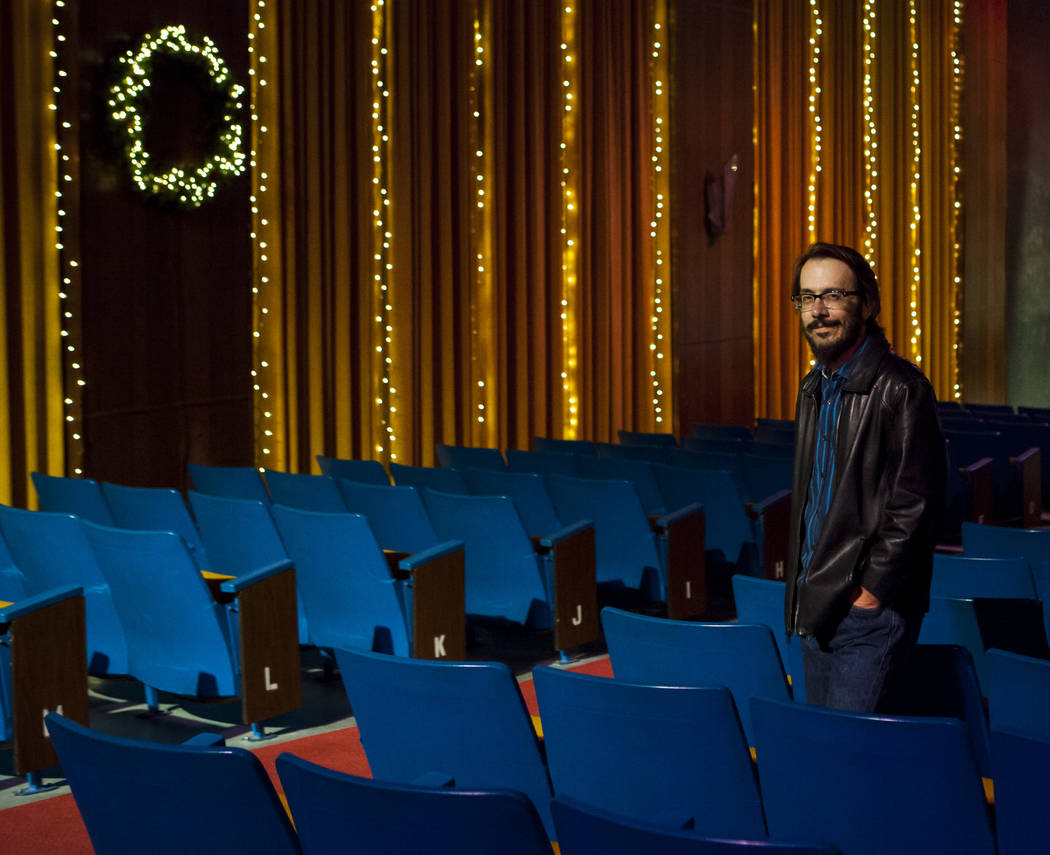 For a four-day celebration of cinema with the word “short” in its name, the Dam Short Film Festival certainly takes a long time to produce.

“It’s just silly how much work it takes,” admits Lee Lanier, who co-founded the festival with his wife, Anita. “But we love it. We do it because we’re passionate about it.”

Lanier’s schedule had him working year-round, “a couple of hours each day with a few weeks off here and there,” to prepare for the fest, the 14th installment of which will take place Thursday through Sunday at the Boulder Theatre, 1225 Arizona Street, in Boulder City.

It’s a schedule that would take its toll on anyone, let alone someone such as Lanier, who’s been a professional animator and visual effects artist for the past quarter century. In addition to writing “two huge books” over the past year, he created an animated virtual reality short “just to catch up on the technology.” That film, “Welcome to Your Own Private Hell,” will be presented along with other free VR content in the festival’s inaugural virtual reality lounge.

From 2 to 6 p.m. each day of the festival, attendees can strap on a headset at one of four stations in the lobby of the Boulder Dam Hotel and sample the curated content.

“This is a test year for us, to (see) what the demand is, what the desire is and how much enjoyment people get out of it,” Lanier says. “And if it turns out to be successful, then we’ll actually add it as a full submission category next year.”

Virtual reality, he says, is a great fit for a festival focusing on short films. “VR doesn’t really support very long formats yet. People get sick, get disoriented. So, something six to eight minutes long is perfectly fine for a VR short.”

Lanier’s experiences with virtual reality mirror those with the festival — the emerging medium also is a lot of work.

“It’s not very standardized right now,” he says of VR. “Any filmmaker out there who’s working on this right now is figuring it out as they go. And they’re going to be making some stuff up as they go.”

To produce the roughly three-minute film, an animated piece set in a dungeon, Lanier worked on it a little each day for about three months. That, combined with his day job, led to his turning all of this year’s programming over to festival director John LaBonney. “I’ve gotten to the point where I totally trust John’s decision making,” Lanier says.

This year’s festival kicks off at noon Thursday with its first environmental block, “Our Ocean Environment.” The traditional crowd favorite “Underground: The Naughty Side of the DSFF” is scheduled for 9:15 p.m. Saturday.

“I Got You Babe,” writer-director Ashton Avila’s drama inspired by Claudia Reott’s 1965 dash to Las Vegas to marry her boyfriend so he wouldn’t be sent to Vietnam, is part of the “The American Experience” block starting at 5:30 p.m. Thursday. And “The Moulin Rouge: A Fight for the West Side,” directed by Review-Journal videographer Rachel Ashton, is among the entries in the Nevada Filmmakers block at 9:30 p.m. Saturday. (For a complete schedule and ticket information, see damshortfilm.org.)

Lanier’s stepping back from programming the Dam Short Film Festival is part of a plan to ensure its future. “The long-term goal is to make the festival strong enough that it can out-survive any single person,” he explains. “And that’s something that we have to continue with board development and staff development.”

A number of the valley’s film festivals have ground to a halt over the years, Lanier says, because “a lot of times they become too reliant on one, two or three people. And when those people get burned out, that thing disappears.

“It’s just so hard to keep working that hard and giving back that much to the community. So it’s really important that you figure out ways to continue the legacy by bringing other people in and finding people that appreciate your vision. It’s a challenge.”

Like everything else involved with the festival, it’s also a lot of work.