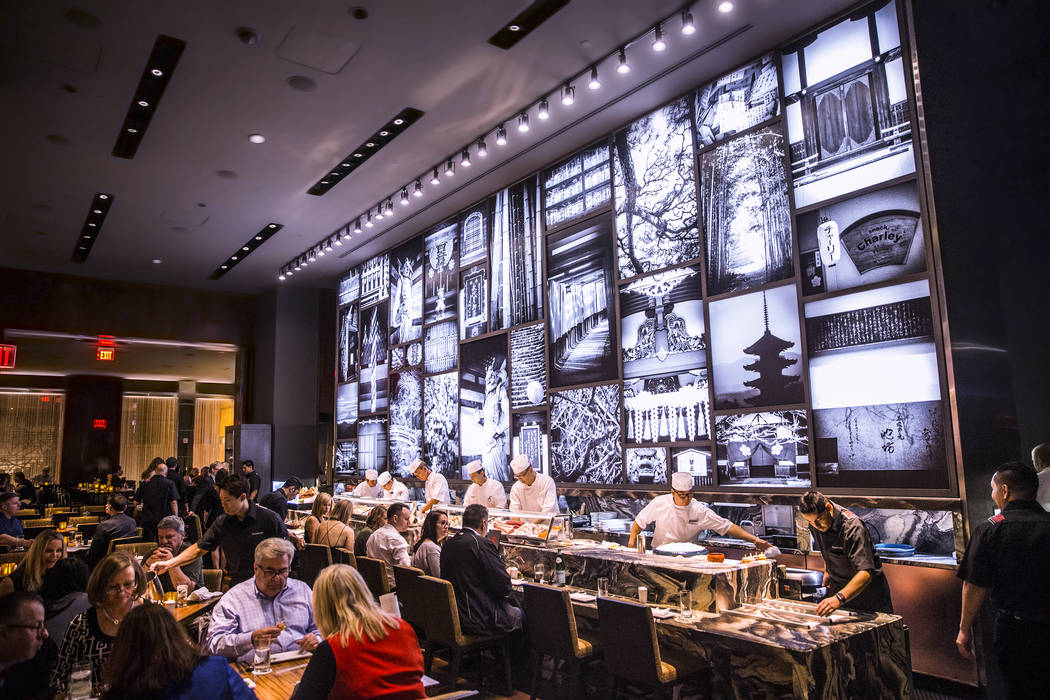 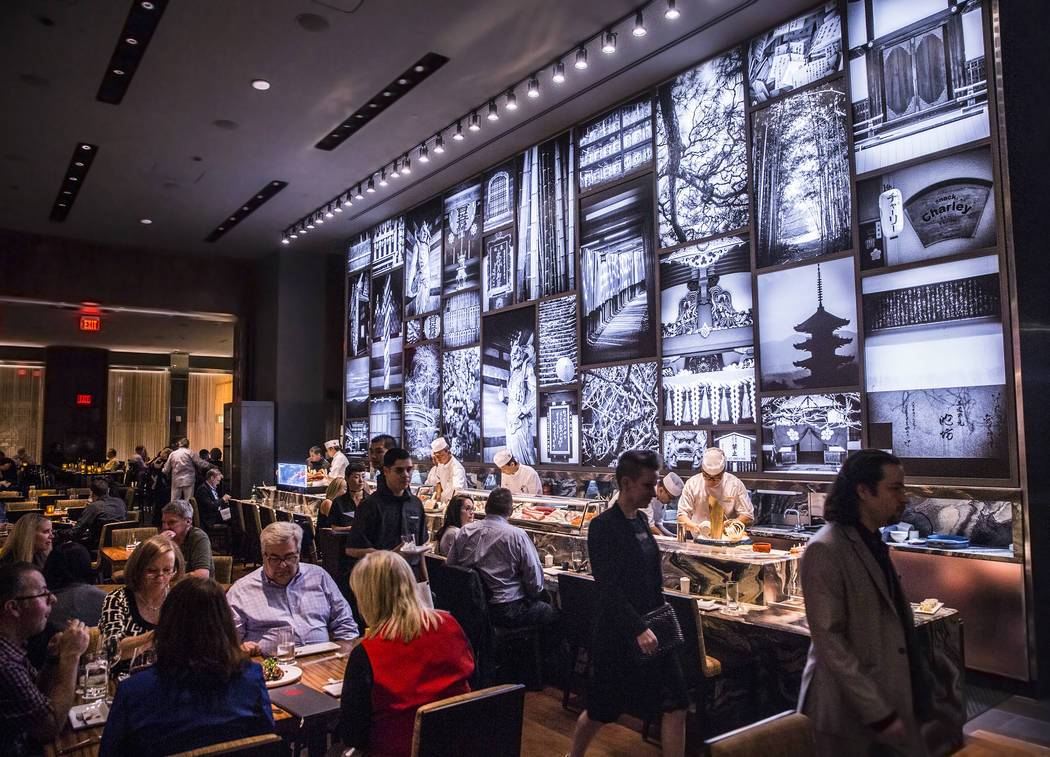 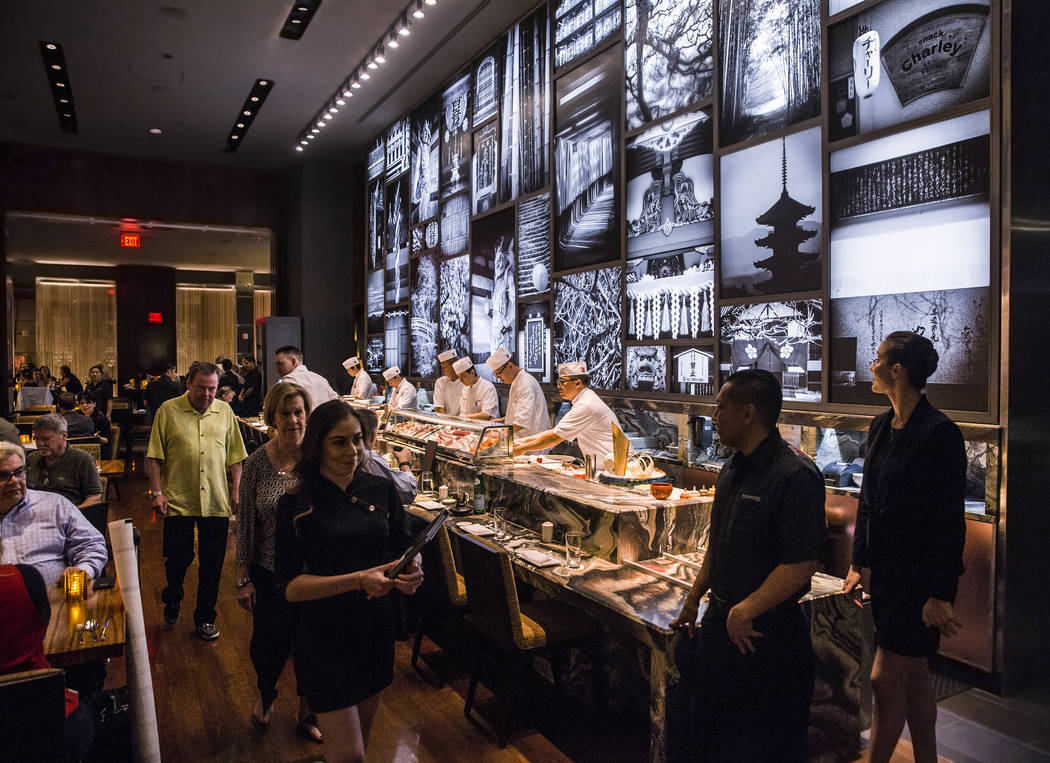 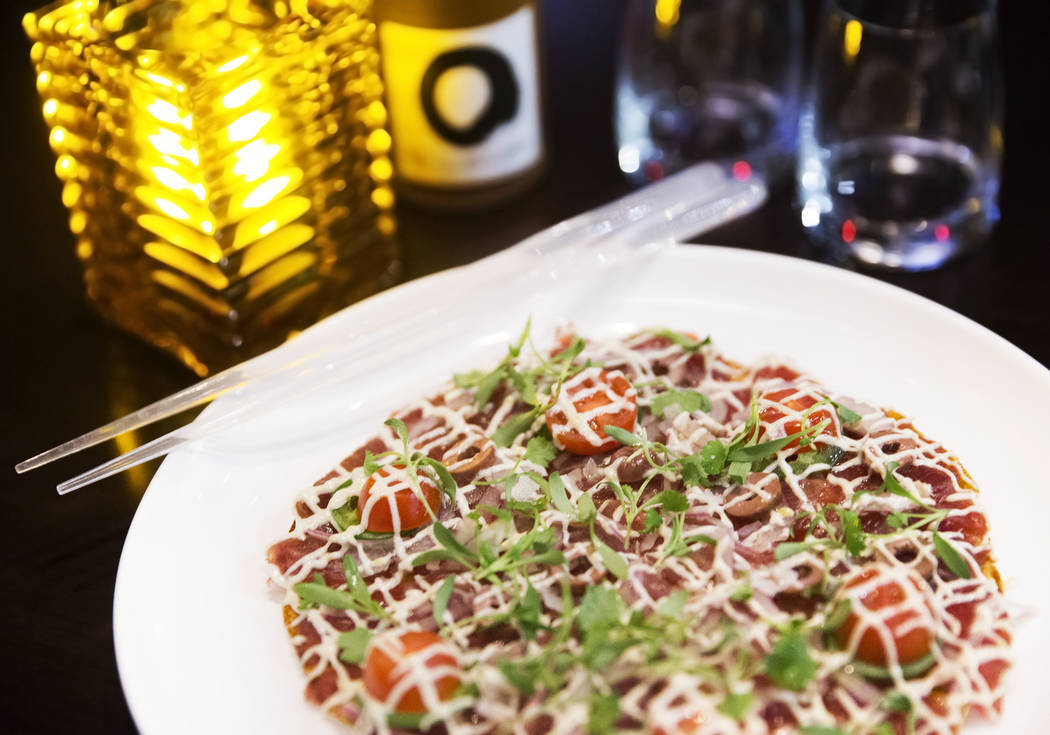 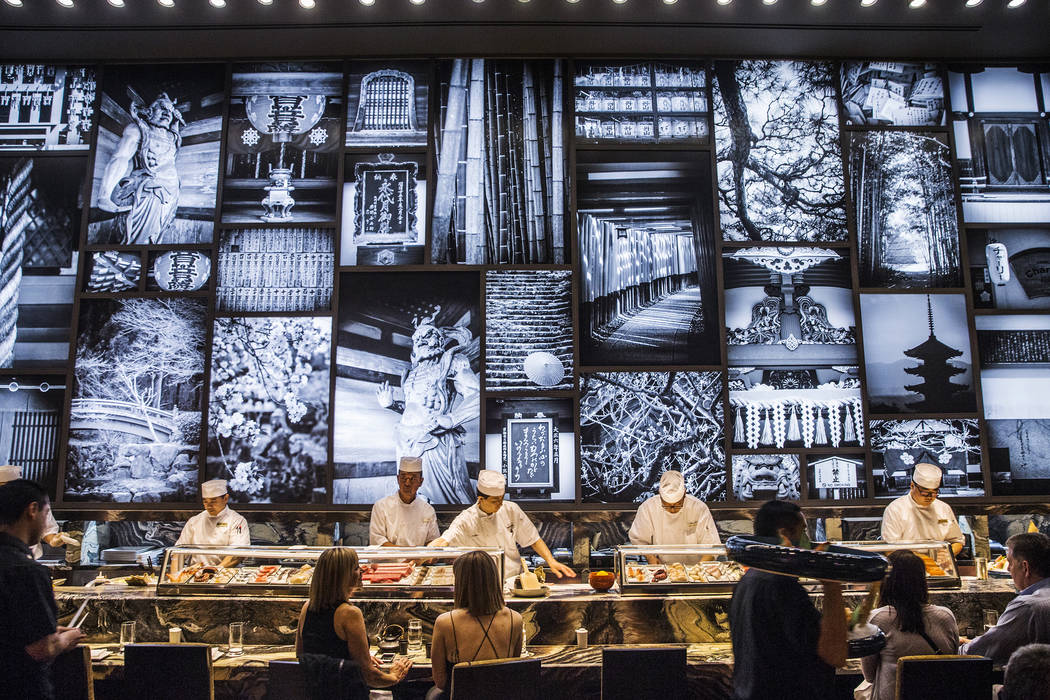 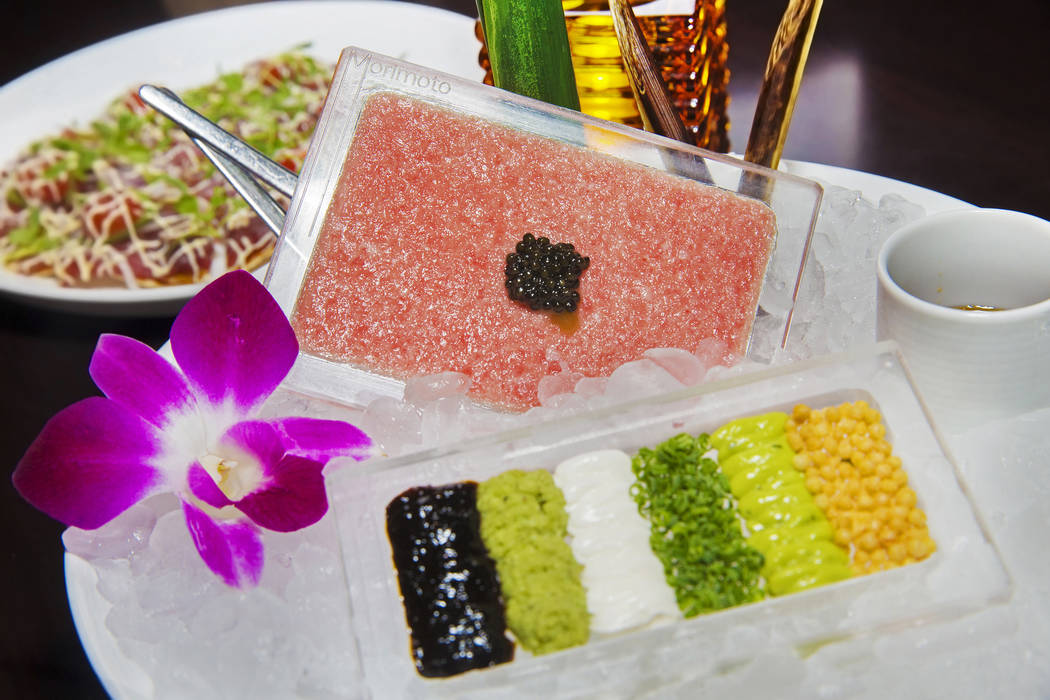 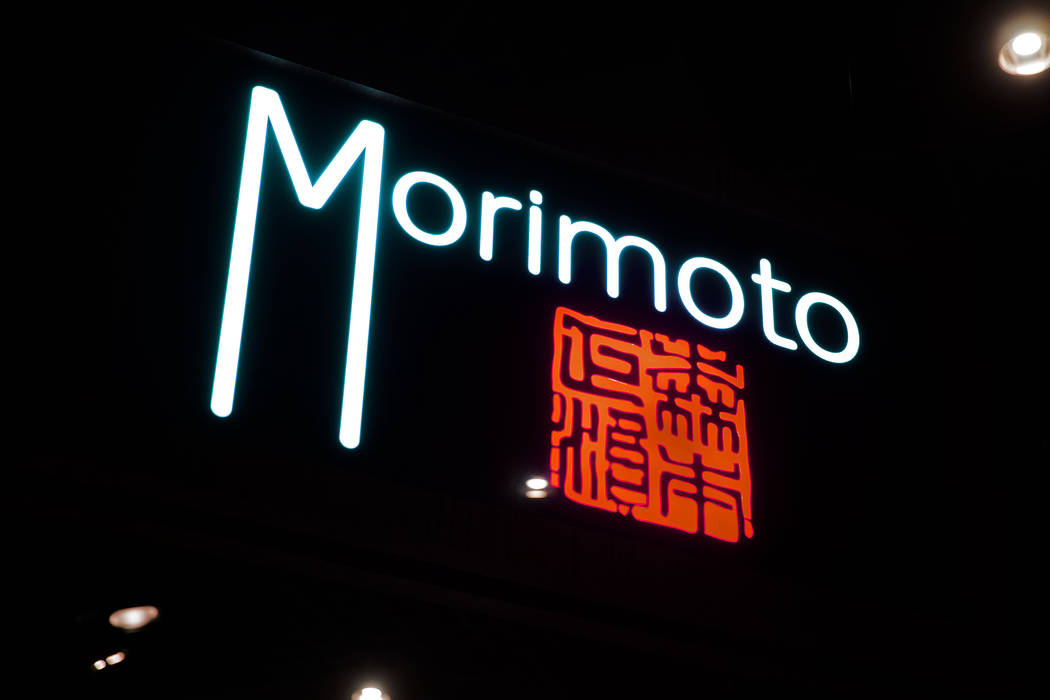 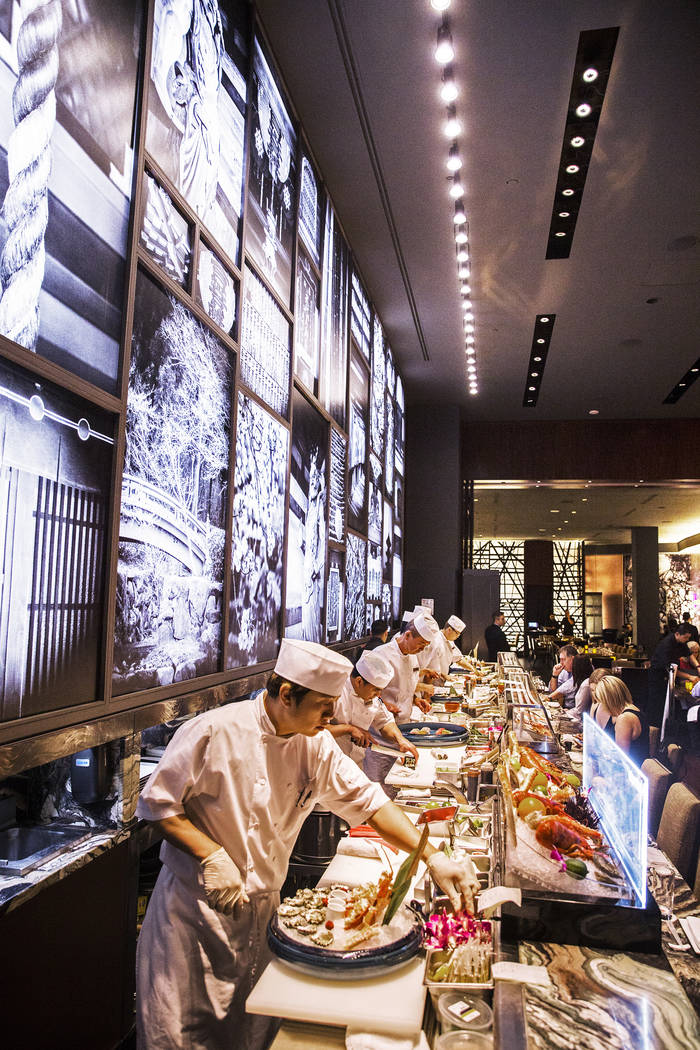 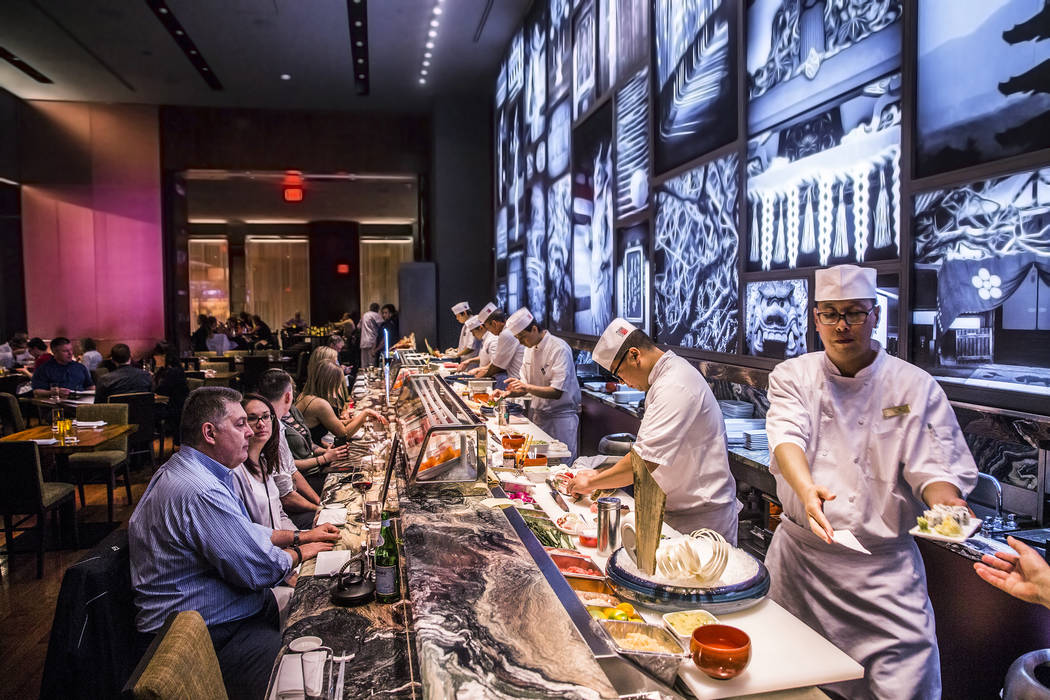 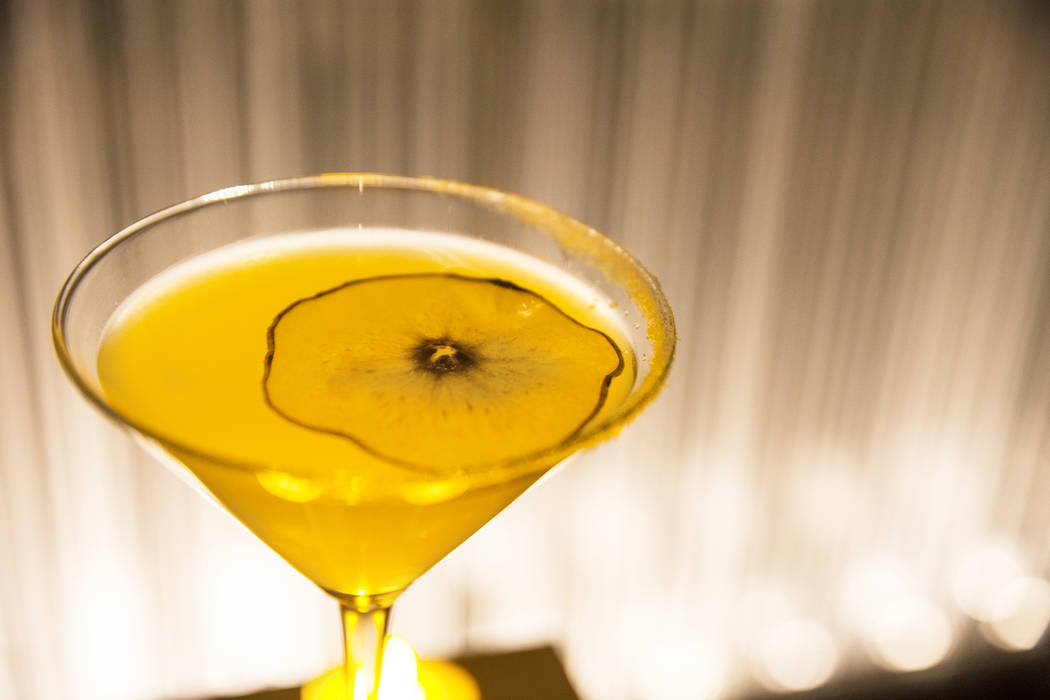 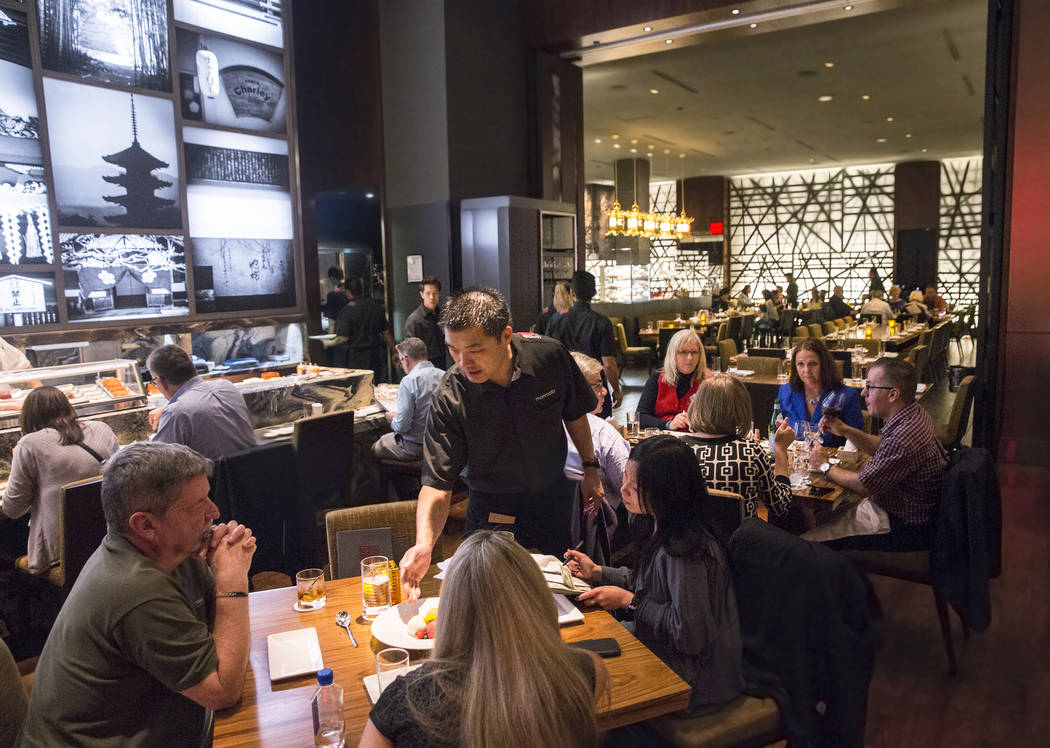 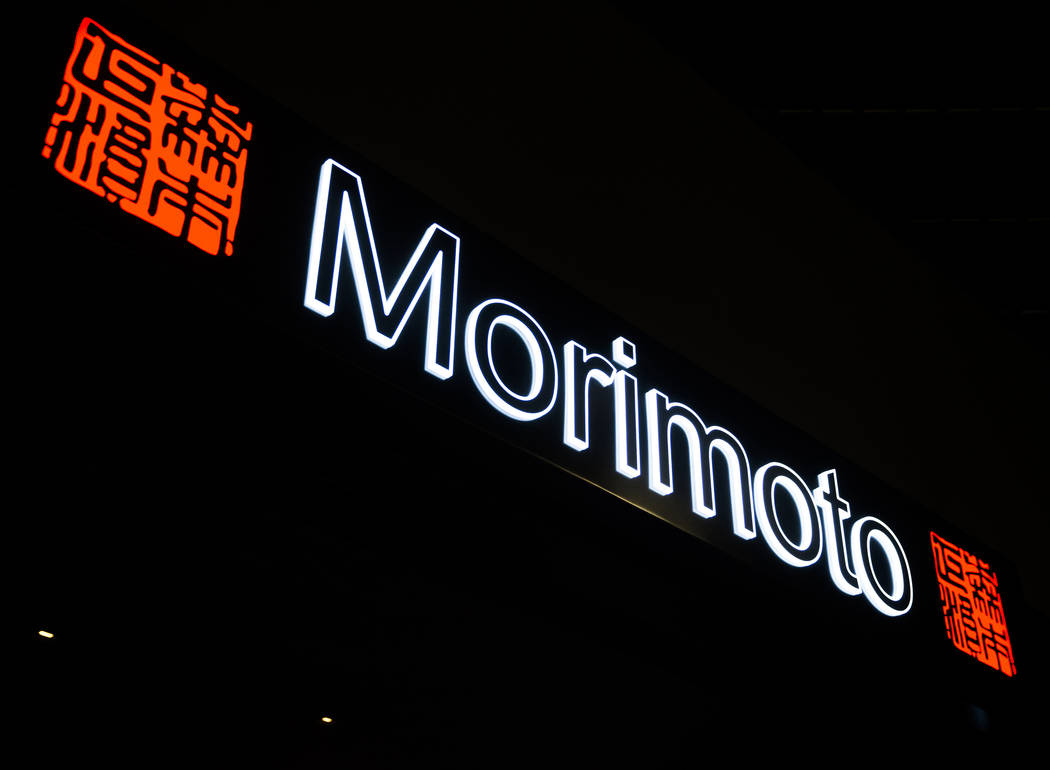 Just when it seemed Las Vegas was at celebrity-chef critical mass, the original Iron Chef arrived to fill a void that was large even if it wasn’t obvious.

Masaharu Morimoto’s renown for artfully blending elements of American cuisine with his native Japanese culture (often served with witty twists) is evident at his eponymous restaurant at MGM Grand, with border-bending offerings such as toro tartare, tuna pizza and yellowtail pastrami.

Morimoto, the restaurant, is as quietly imposing as the chef himself. Walls covered with framed black-and-white images of scenery and everyday life in Japan hang artfully behind the sushi bar and elsewhere. Downtempo music (a mix of electronica and ’70s jazz influences) flows gently. A monumental bust of the Iron Chef is positioned near the front door; there’s no mistaking the mind behind the meticulous presentation.

Just as his presence is felt throughout the space, so it is with the food, as was the case at Nobu in New York when he was head chef there in the late ’90s. Sure, there are teppan tables for the familiar “Japanese steakhouse” experience, Morimoto’s only teppan offerings in this country. And service is still subject to unique-to-Las Vegas snags, such as the party of fanboys and -girls whose litany of questions monopolized our server’s time early on. But Morimoto’s prodigious creativity and attention to detail never waver.

Chashu pork — pork belly that’s been rolled, marinated and braised — is a familiar favorite in ramen. Yet it has a novel appeal when added to a salad ($18), to genius effect. Silken slices of meat, so buttery they nearly dissolve on the tongue, contrast perfectly with the crisp ribbons of cucumber, carrot, daikon and other radishes, an orchid and yes, even some lettuce, tossed in a delicate dressing with a pronounced cilantro spark. Adequate to be shared by two; an indulgence for one.

Morimoto’s signature (and cleverly named) dish Duck Duck Goose ($39) seemed gimmicky at first, but actually undersold it by half. This was a perfectly prepared confit of duck leg nestled next to a cup of duck consommé with a delicate duck meatball. Tender, gently seared slices of duck breast were fanned across a smear of gooseberry compote that had the dark complexity of molasses, and duck friedrice topped by a sunnyside duck egg (intended to be mixed into the whole dish) boasted generous pieces of duck meat and fresh herbs. Textures and flavors ranged from complex to simple, all perfectly on point.

Brady Bunch fans, among others, will appreciate the Morimoto Pork Chop and Applesauce ($38). A riff on home-spun American comfort food, it was a double-cut Kurobota chop, marinated in miso for a touch of smokiness and grilled just until the exterior was caramelized, a firm, substantial grown-up counterpoint to the delicate nature of the chashu. With it: crisp, very coarsely cut kimchee with lots of pieces of pork belly and a puree of gingered apples.

Cheesecake souffle was the waiter’s professed favorite but the popular Fiery Salty Caramel Chocolate Tart ($20) was too tempting to resist. It’s spectacular — a baseball-sized chocolate globe filled with a layer of marshmallow and a dark-chocolate sorbet center that collapses in a sigh when flaming spiced rum is poured over. Chocolate faux bois patterning on the plate is accented with ganache-topped graham cracker fingers and chocolate shavings to complete this most elegant salute to the s’more.

The secret to Morimoto’s success is that behind the formidable technical culinary skill and the formality, there’s lots of fun, too. He’s often in the house, and can be spied shaking hands, posing jovially for photos and even sitting down with guests at the table for a few moments. This may be the 14th restaurant Masaharu Morimoto has opened, but it still feels as special as his first — perhaps the most incredible feat of them all.

3
LETTER: Vegas had better prepare for another shutdown