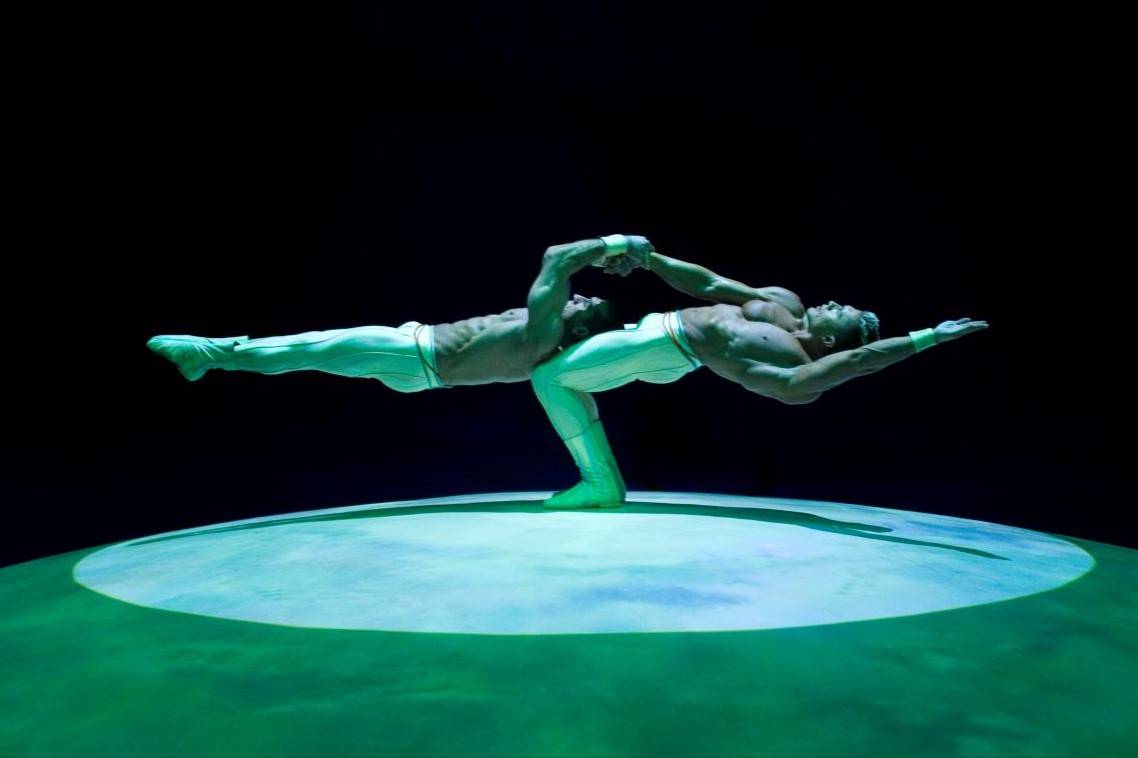 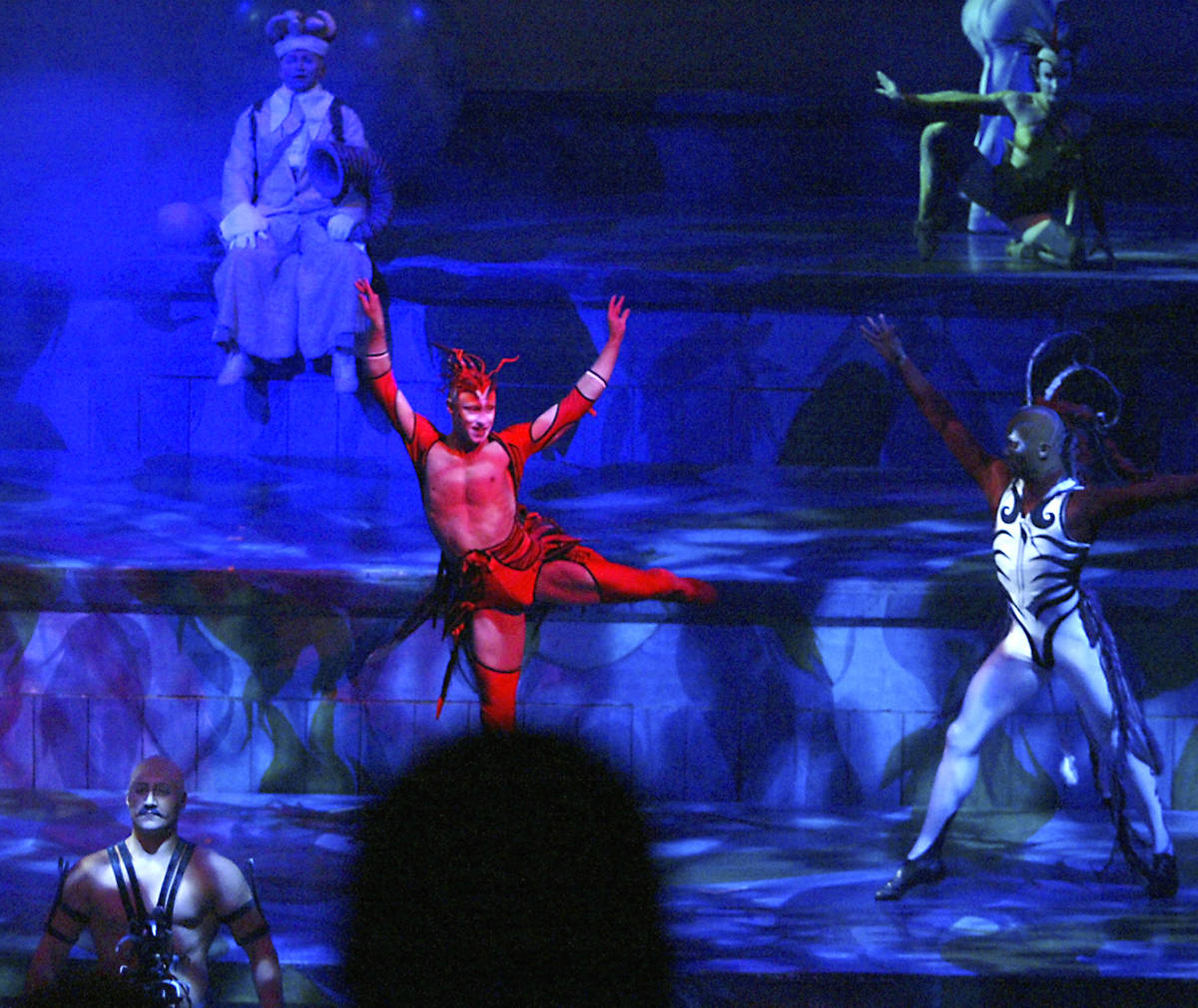 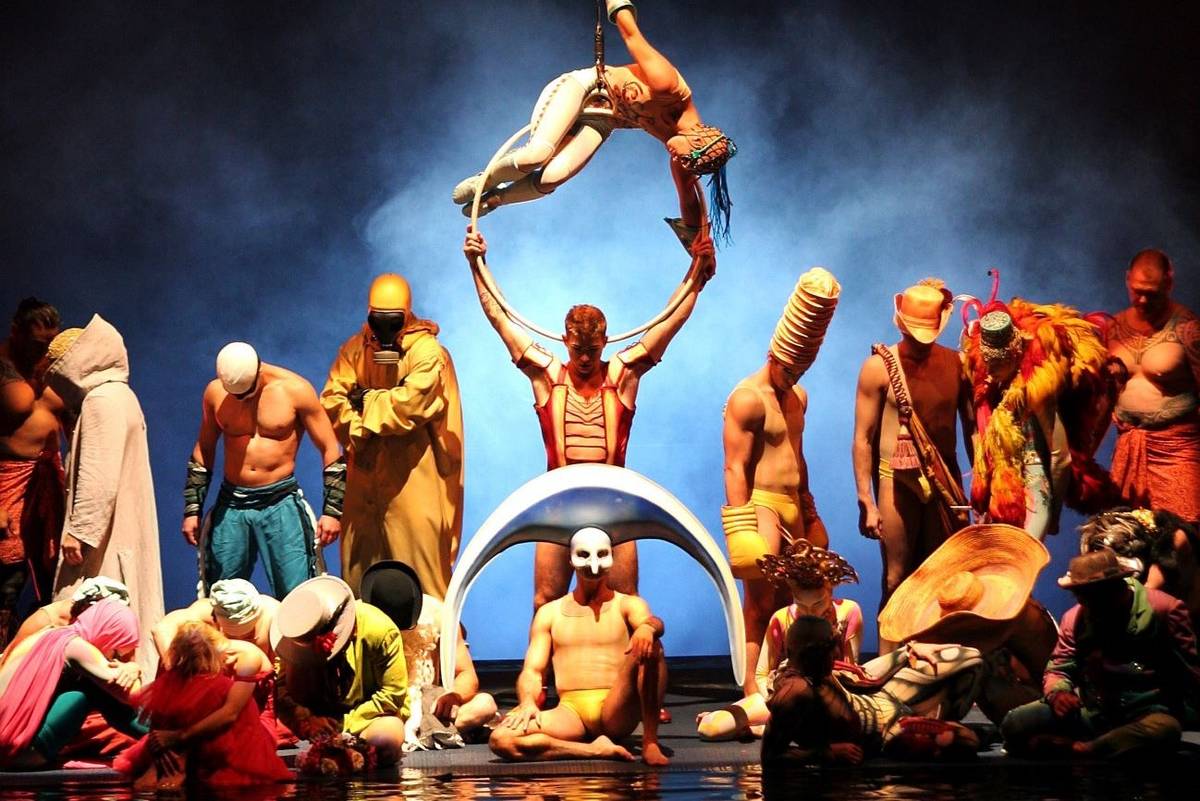 The cast of Cirque du Soleil's "0" perform during a 10th anniversary show at the Bellagio hotel-casino in Las Vegas in 2008. (Las Vegas Review-Journal)

“O” was to be the first show to reopen for Cirque du Soleil after the COVID shutdown. The production’s box-office power and prominence at Bellagio made it an obvious choice.

But “Mystere” at Treasure Island also made sense for the company. That production is the granddaddy of Cirque in Vegas, opening in 1993, and is also less expensive to run than “O,” an aquatic spectacle.

Those two shows are now breaking out of pandemic together. “O” and “Mystere” are both planning to be back July 1.

According to multiple sources familiar with the company, Cirque CEO Daniel Lamarre and Senior Vice President of Resident Shows Division Eric Grilly informed the casts and crews of both shows Friday to prepare to be open on that date. The internal announcement arrived in a digital meeting of more than 170 Cirque artists, crew and staff.

Expect a formal announcement by Wednesday. The company is holding its official reopening announcement until after the Clark County Commission votes on a reopening plan during a meeting Tuesday. If approved, the Commission will submit that plan to the state for approval.

Cirque officials have thus declined to specify any of its specific reopening plans publicly. Spokeswoman Ann Paladie said today in a statement, “We look forward to sharing our opening plans after we receive further guidance from the county on capacity and distancing requirements.”

Cirque’s internal decision to plan ahead was initiated by Gov. Steve Sisolak’s announcement Tuesday that the state would move to reopen at 100 percent on June 1. In reopening, Cirque is returning to its longest-running titles in Las Vegas, both of which are important to driving business at their respective hotels.

It is known within Cirque circles that Phil Ruffin, whose Treasure Island is the only non-MGM Resorts International hotel staging a Cirque show, was especially eager for “Mystere” to relaunch.

The move is not only a relief to Cirque, but to the Las Vegas entertainment community. The city’s predominant production company has not staged a show since shutting down its productions entirely in March 2020.

But the company is certainly prepping for the July reopening. The returning artists are being directed to be ready for call-backs the first week of May. Staff is has been told to be ready to return April 26. “O” and “Mystere” performers outside of Las Vegas have been instructed to begin returning ASAP. The company’s immigration team is now at at the ready to iron out any logistical issues.

Based in Montreal, Lamarre told the assembled members of the Cirque family, “After four hundred days of misery — I will never forget March 13, March 14 were very black days when we had to shut down all of our shows in Las Vegas. Those were certainly the worst days in my life.”

Cirque performers, technicians and staff would likely agree. One member of the company, speaking anonymously as Cirque staffers are not yet permitted to speak publicly about the company’s reopening plans, said, “It’s finally a relief to have dates within reach. I miss my Cirque family. I miss the audiences. Some of us have spoken. There finally seems to be brighter outcome coming sooner than expected.”

During the grueling period outlined by Lamarre, Cirque announced that all 44 worldwide shows were going dark. That collection included the six shows on the Strip, “O,” “Mystere,” “Love” at Mirage, “Michael Jackson One” at Mandalay Bay, “Ka” at MGM Grand and “Zumanity” at New York-New York.

In November, “Zumanity,” a production that had run for 17 years on the Strip, was closed permanently.

In all, Cirque laid off 3,500 employees because of COVID, including about 1,370 artists, technicians and support staff in Las Vegas. In November, company received life-saving support from a new ownership group pouring $375 million to keep Cirque viable.

Boosted by that cash infusion, Cirque is committed to reopening its five remaining Strip productions, along with Blue Man Group at Luxor.

“What I see at the end of the tunnel is me, being seated, in a theater in Las Vegas and seeing our shows,” Lamarre said during his address to the Cirque employees. “I have the feeling today that the best day of my life is about to come, when I am watching you guys in Las Vegas, having the opportunity to see your shows. This is amazing …

“Cirque du Soleil is rebounding. The sun will rise again, and people are going to come back to enjoy what we do.”