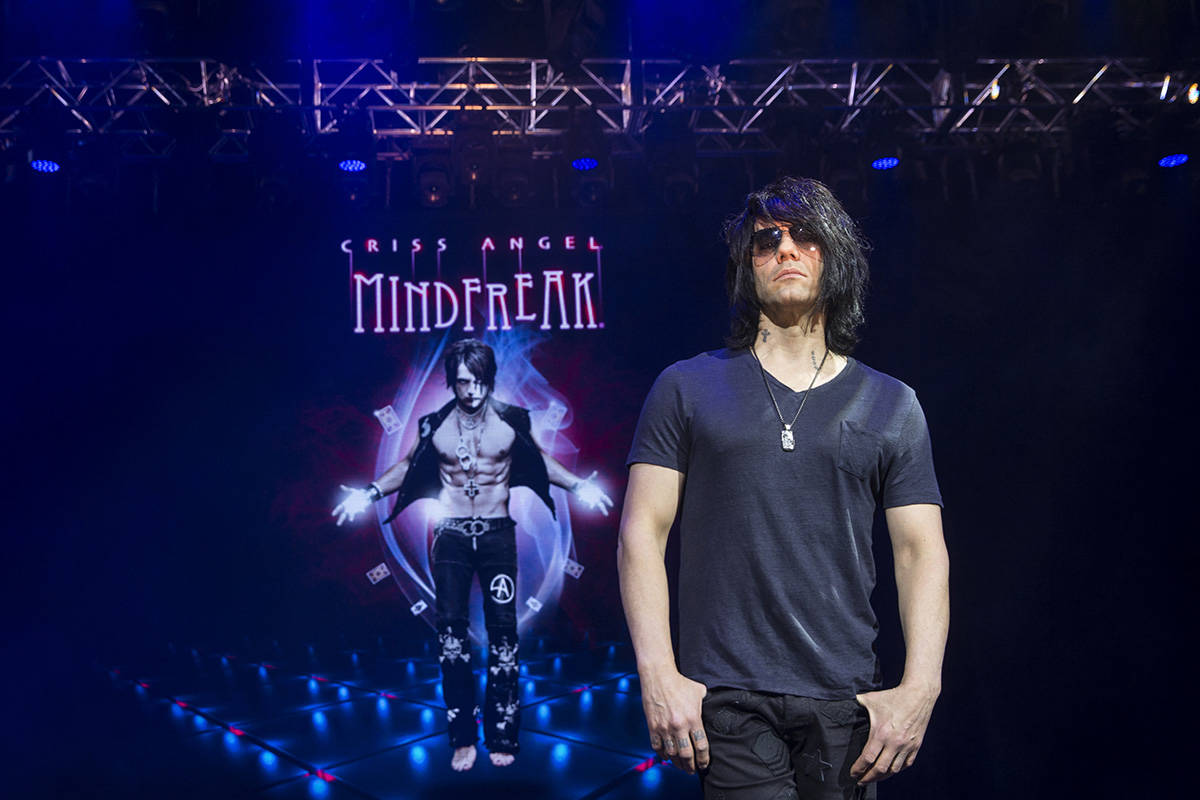 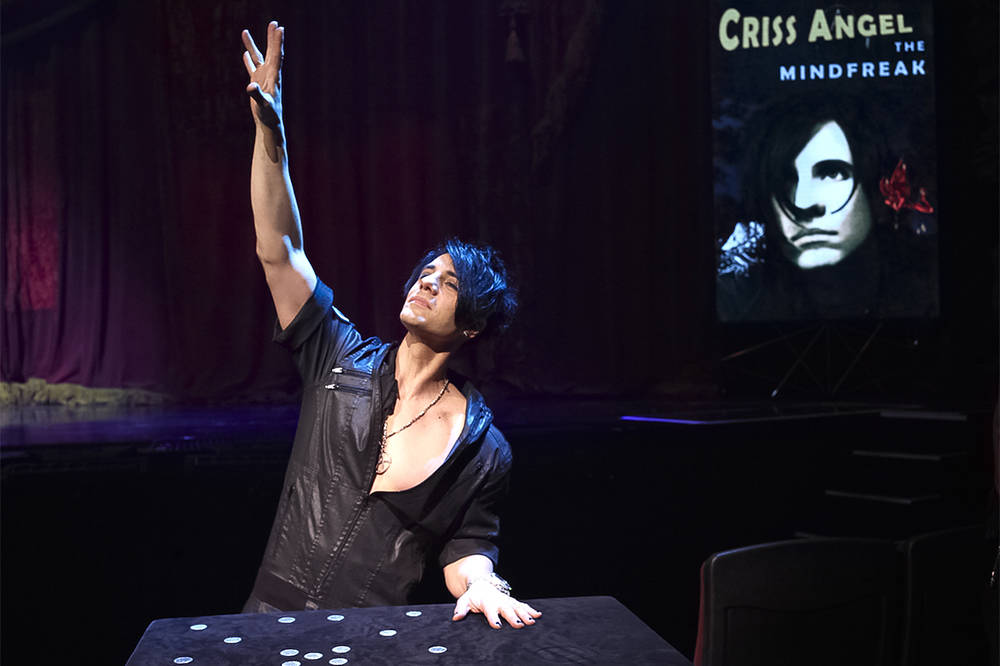 The “Mindfreak” is back just after the Fourth of July holiday.

Criss Angel has announced his return to his eponymous Planet Hollywood theater on July 7. Angel went dark as Caesars Entertainment joined all Las Vegas companies in a shutdown of live entertainment in March 2020.

”After a long hiatus, I’m ecstatic to be back on stage in the Criss Angel Theater to give audiences a visual feast, overwhelming their senses, and provide guests with the ultimate escape on the Las Vegas Strip again,” Angel said in a statement. “We’re ready to welcome back my loyal fans who made ‘Mindfreak’ one of the most popular shows in the Entertainment Capital of the World.”

Tickets start at $69, not including fees, available at CrissAngel.com or Ticketmaster.com/crissangel. “Mindfreak” runs 7 p.m. Wednesdays through Sundays. That schedule, which dropped 9:30 p.m. shows, was announced in the spring of 2019 as Angel eased his schedule so he could undergo surgery to repair a torn rotator cuff.

The show’s production team of Angel, Base Entertainment and Caesars Entertainment state they are “committed to creating an environment with high standards of sanitization and physical distancing practices for cast, crew and audience members.” No word, yet, on whether any mask mandates are in place for Angel’s show.

The show’s co-producer has likened the experience to a “magic concert.”

“‘Mindfreak’ is one of the most innovative magic concerts in the world and we’re honored to see Criss’ revolutionary illusions return to the stage at Planet Hollywood,” said Mark Maluso, chief operating officer of Base Entertainment. “This production is a beautiful demonstration of magic, art and technology which will continue to impress sold-out audiences night after night.”

Says Caesars Entertainment President of Entertainment Jason Gastwirth, “We’re eager to welcome ‘Mindfreak’ back to the stage this summer at Planet Hollywood. Criss Angel, along with his talented ‘Mindfreak’ cast and crew, is the thrilling energy that audiences have missed this past year, and we are happy to see its return.”

Angel’s announcement arrives amid widespread cuts in small-scale production shows in Caesars Entertainment’s Strip resorts. But his spectacle was expected to return throughout the COVID shutdown. The magic headliner is also involved in a club partnership dubbed (for now) Mr. Smiles & Molly with production visionary Franco Dragone. The creator of “Mystere,” “O,” Celine Dion’s “A New Day … and “Le Reve” is also in talks with multiple venues to bring his “Rise” show to Las Vegas.