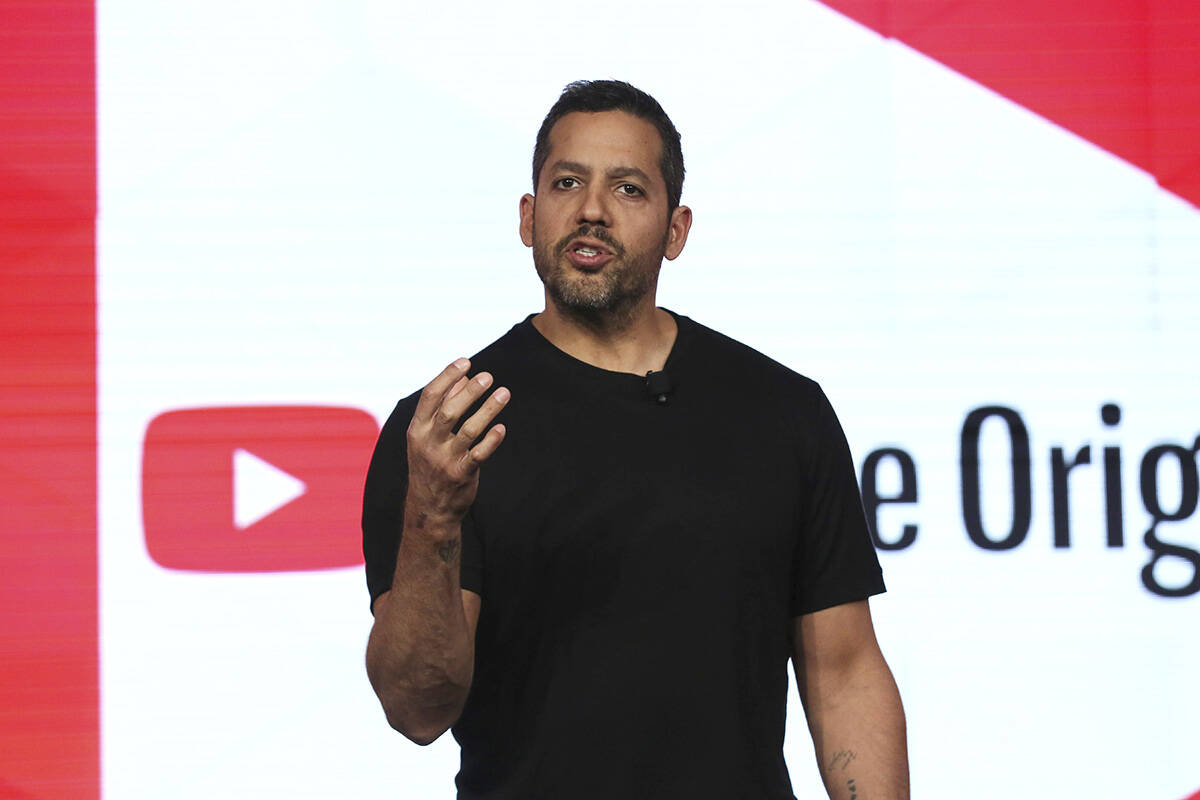 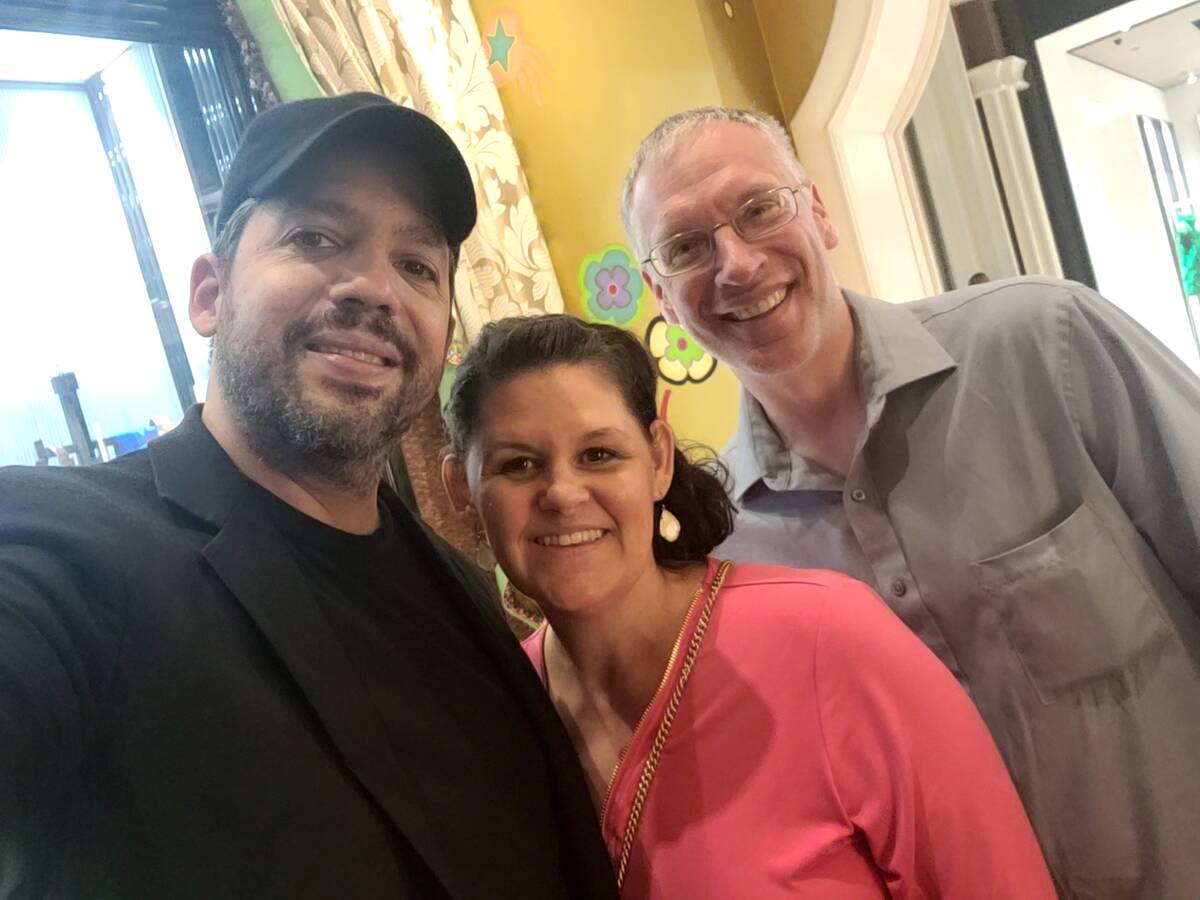 David Blaine’s evolution from street magician to Strip headliner will be complete this fall.

The extreme illusionist is headed for the Theatre at Resorts World Las Vegas in September, according to multiple sources familiar with his production plans.

While standing in the concession line, the star performer ran into Las Vegas residents and entertainment fans Kris and Barbie Dahl. Blaine told the couple he would be opening at Resorts World residency in September, information that has been independently confirmed.

Blaine is to head up a magic production in rotation with Theatre superstar headliners Katy Perry, Luke Bryan, Carrie Underwood and (hopefully by the end of this year) Celine Dion. Blaine is considered among the most famous illusionists in the world, known for such endurance stunts as living in a glass box for several days without break. He has performed such street illusions as defying gravity, and is also an expert at close-up magic.

Resorts World President Scott Sibella is not ready to make any formal announcements, saying of Blaine, “We would love to have him in our family, but nothing now to announce.” Sibella was a top executive at MGM Grand, where David Copperfield is the resident superstar headliner. Sibella also operated Luxor in the days Criss Angel and Cirque were in partnership at its primary theater.

Readers of this column remember Barbie Dahl (yes, her real name) as the person who caught Steven Tyler’s “Vegas Strong” T-shirt at then-Park Theater at Park MGM during an Aerosmith show Oct. 1, 2019. Tyler had changed into the sleeveless T-shirt to honor the second anniversary of the Oct. 1 shootings.

The front man later thought better of relinquishing the famous shirt, and publicly sought the person who nabbed the garment. Dahl was that person, and returned the shirt to Tyler a week later.

Blaine had actually bumped into the couple as he stumbled over the rope leading to the concession counter. He later chatted them up as he walked from the performance.

Of yet another chance experience at a Vegas show, Dahl said of Blaine, “He is genuinely nice and funny. I thought it was pretty cool he took the time to talk to us and took pictures without us even asking.”

I took a spin through the Palms with resort GM Cynthia Kiser Murphey and entertainment exec Crystal Robinson-Wesley on Friday, ahead of the resort’s reopening on Wednesday night. A few thoughts:

— Pearl Concert Theater is going to return to stellar programming. The place is gorgeous, still, and we expect its partnership with Live Nation to produce some exciting headliners. We anticipate shows to be back in June, if not earlier.

— The sportsbook is going to be totally overhauled as William Hill moves in as operator. Call it the Palms Sportsbook and Lounge by William Hill. You will be able to wager on at the Palms on opening night (this relevant as Betfred at Virgin Hotels Las Vegas is still seeking a license in the state after the hotel’s reopening 13 months ago). The Palms’ book will double as a live-entertainment venue, which we applaud. A video screen, 36 feet wide and nine feet high, has been installed. New carpet in gold-brown hues, and about 100 new seats, have been loaded in to replace the cherry-red design from yesteryear. The lounge scene takes over after the late games end. Live music, primarily dueling pianos and trios, is the vibe at the pop-up stage. That space rocks nightly except Mondays.

— Plans are for the Studio at the Palms to restart, if not right away by year’s end. Expect the hotel hierarchy to seek an experienced operator, with a knowledge of the music culture in Las Vegas and beyond (and that is a massive hint as to who might in the running to run the place).

— Scotch 80s, Unknown bar and Mabel’s BBQ are restaurants and nightspots that we are excited about. Ghostbar is returning under that brand, too, and we feel nostalgia there as well. Mabel’s and Scotch 80s will have live performers.

— The former Kaos Dayclub pool deck will be the hotel’s open pool experience, open to all guests. The space will recharge for Cinco de Mayo, with Latin Breeze playing at 1 p.m.-5 p.m.; mariachi music from 5 p.m.-8 p.m. The former Kaos Nightclub, which will be used primarily for private parties, has huge potential as a hybrid nightclub and live-entertainment venue. The stage in that space slides outside to the pool, back in for proper performances or DJs. It’s a beautiful space with great sight lines and (we would think) superior sound, as it is a nightclub. I felt Robinson-Wesley’s energy as she talked about bringing in live acts over the long term. I also ran into former Palms entertainment official Stephanie Sanchez on the tour. She was in the club, reviewing entertainment concepts. Robinson and Sanchez are both ex-MGM Resorts execs reuniting with Murphey, who spent more than 30 years at MGM. Their collective market knowledge is huge.

— Brenden Theatres will again be the cornerstone of the Palms’ local outreach, filling your moviegoing needs with 16 screens and a new lobby and lounge bar, among other upgrades. The hotel will attempt to serve tourists and locals, all at once. Simple access, from the parking garage on the east entrance and surface lot and garage on the west, is still a selling point. No parking fees. No resorts fees. This is like a vast “no cover” message for locals, and it will make a difference.

Ellis Island’s KaraokePalooza (our title) is back 9 p.m. nightly at Village Pub. This is the karaoke night by which all karaoke nights are be measured. Suit up, show up, sign up and rock it. No cover.