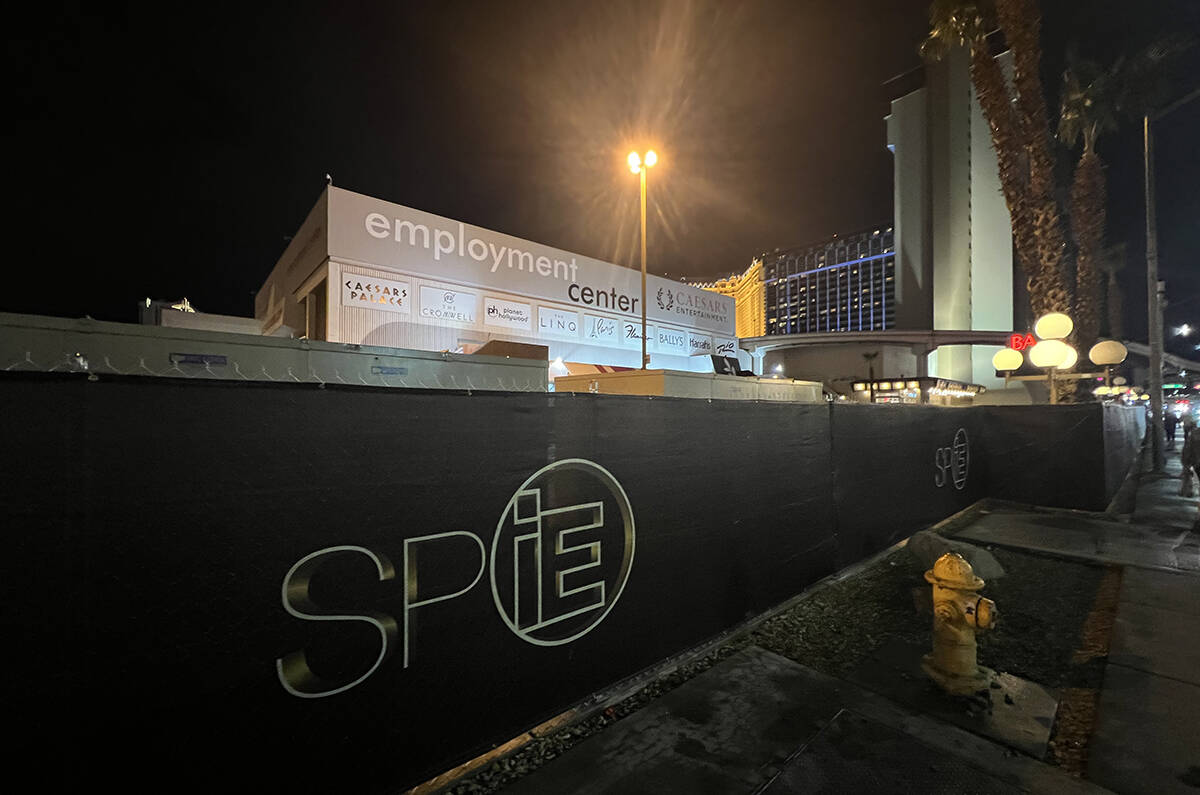 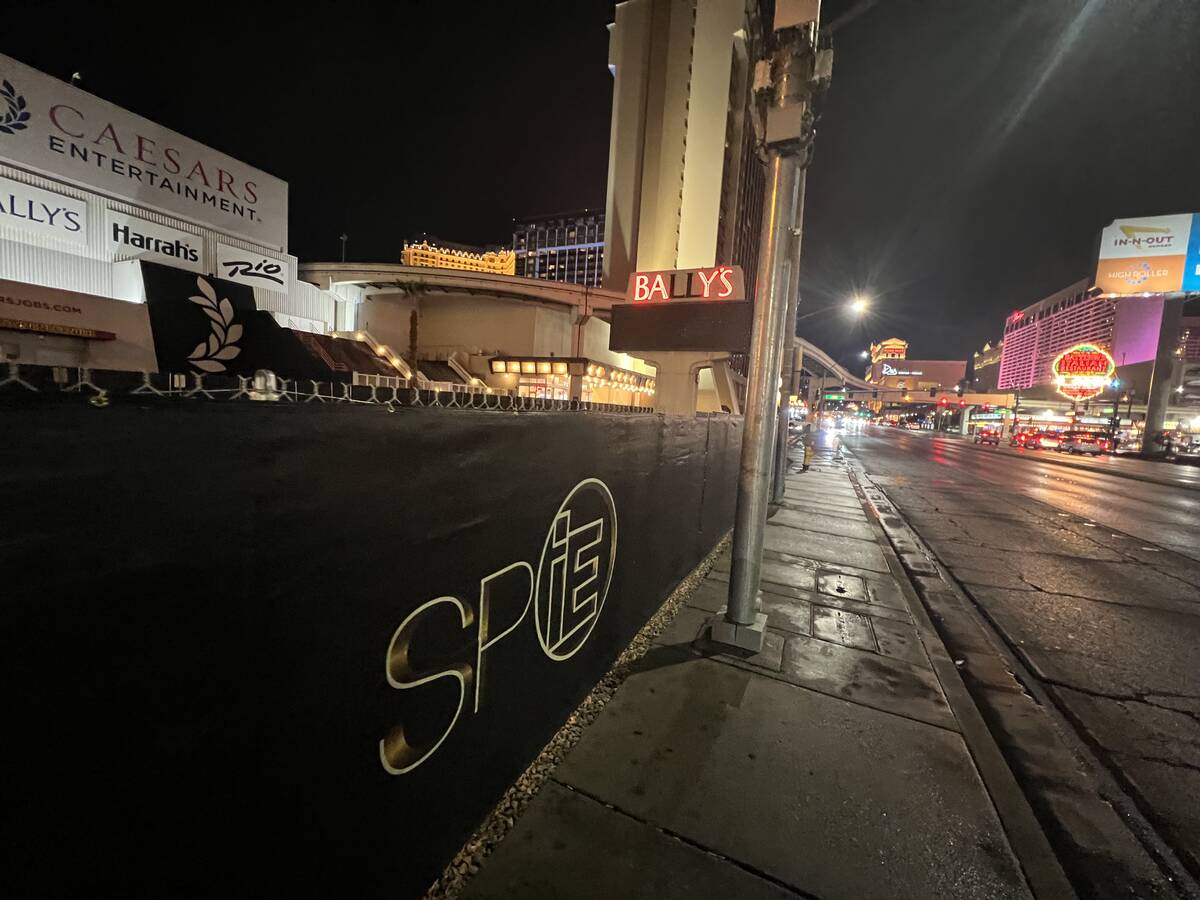 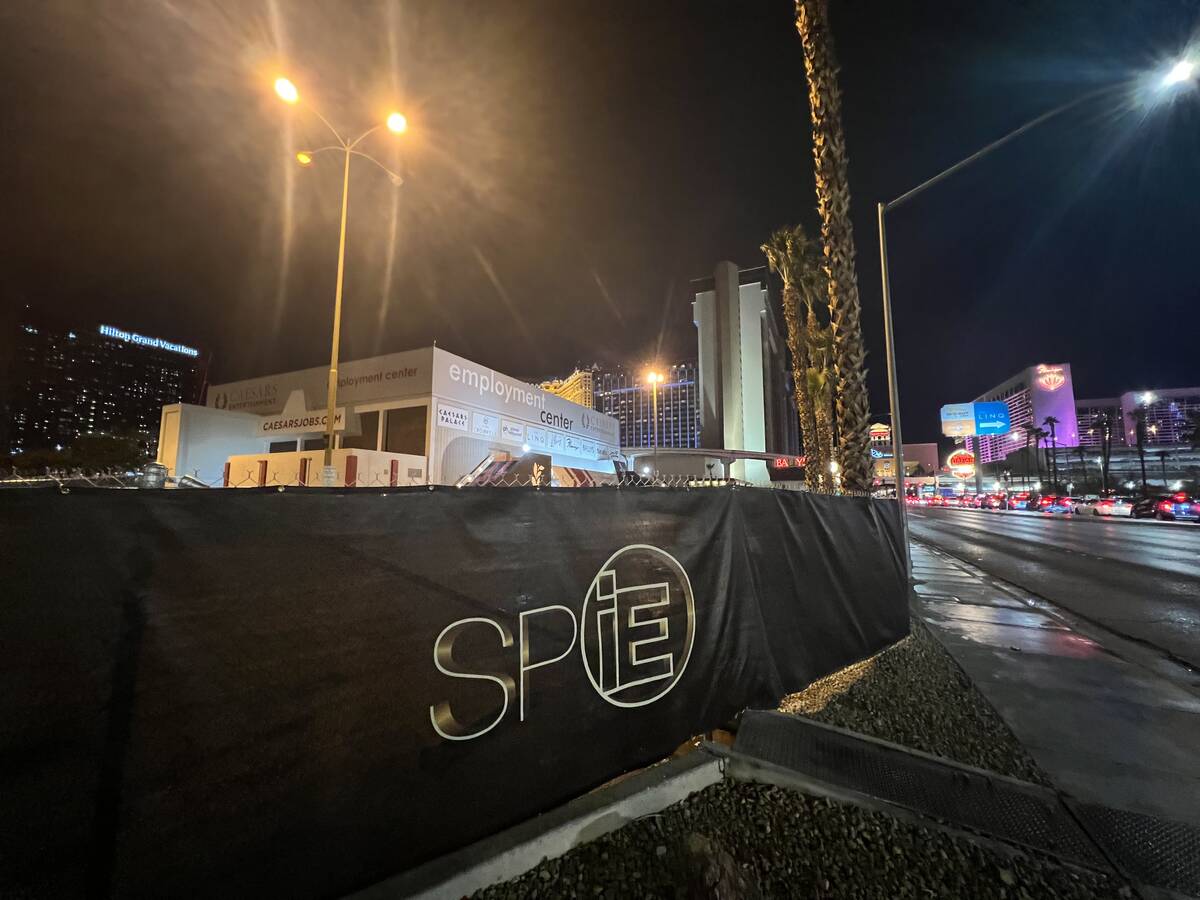 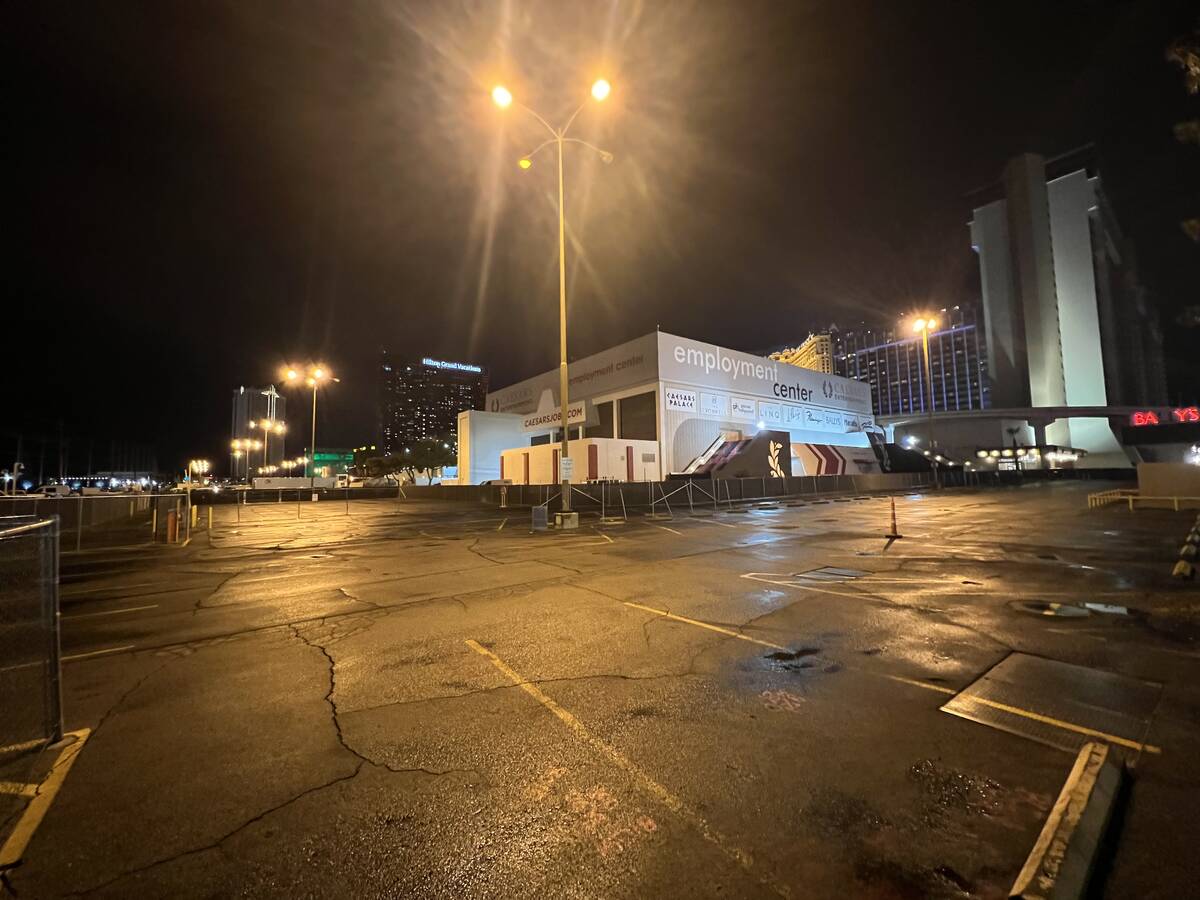 A shot of the parcel expected to be the site of "Game of Thrones: The Dragons" on Flamingo Road, just east of Horseshoe, on Saturday, Jan. 14, 2023 (John Katsilometes/Las Vegas Review-Journal) @JohnnyKats

The Kats! Bureau at this writing is Circa Sports Book. There is a lot of motion on the scene, Super Bowl-level excitement, unless this is the second half of Super Bowl XXIV.

There is a certain giddiness about NFL Playoff football. And if that is not sufficient giddiness, we have college hoops, UFC and “the pooches.” That’s an inside reference to greyhound racing. Kidding, none of that on this Super Wild Card weekend. But Circa is slammed as hotel co-owner Derek Stevens has business interest, and also betting interest, through the playoffs.

There is every indication “Game of Thrones: The Dragons” will be presented in a new, prefabricated venue just east of the Horseshoe on Flamingo Road. Or, a few hundred feet and a few cartwheels from the Strip.

The fenced-off parcel is between the old Bally’s tower (where lights in the marquee have burned out, never to be replaced, apparently). Look for it next to the BattleBots venue, for that show’s opening next month. Word from those familiar with the “Dragons” attraction is it could take a year to get this venture up and running.

A flying, theatrical ride is expected to anchor this massive-scale, multi-entertainment experience. The concept would be for ticket-holders to soar along with dragons from the hit HBO series. A merchandise shop and themed cocktail lounge/eatery is also in the planning stages.

The @gotdragonsLV Instagram page has posted a series of teasers showing a post-apocalyptic Las Vegas, replete with fire, darkened skies, and a destroyed Welcome to Fabulous Las Vegas sign. That account has not been updated in more than a month. Fun to look at, though. The official gotdragonslv.com site is pretty slick, and also promises updates.

The new attraction will tap into the popularity of the original fantasy series, based on George R.R. Martin’s novels, which has been one of HBO’s highest-rated shows ever. A new “Game of Thrones” series is in being developed, which is to focus on Kit Harington’s Jon Snow character and the events following Season 8.

A multimedia, projection show played at Bellagio Fountains in April 2019, entering that final season. The idea with “Dragons” is build it, and they will come. Especially if they have already seen the show.

Lin-Manuel Miranda joined “Freestyle Love Supreme” at The Venetian’s Summit Theater for three performances on Thursday, Friday and Saturday. The show is averse to presenting any bit out of context (which is why the cast asks that phones be pocketed until the final number).

But we’ll relate that during Saturday’s show, Miranda portrayed a middle-aged man who suffered a heart attack while swinging a stick at a pinata during a rainstorm at a first-grader’s birthday party in Marin, California.

If there’s a Tony Award for such a performance, it’s Miranda’s. And see this one, guys and dolls, it hauls out Jan. 29. You won’t be sorry.

Danny DeVito was an onstage guest during David Blaine’s “In Spades” show Saturday at Resorts World Theatre. DeVito took part in the segment where Blaine burns a $100 bill, only to have it returned by a trained bird. DeVito drew healthy applause as he was introduced, and even healthier applause when he returned to his seat.

This was not a surprise walk-on. DeVito and Rhea Perlman visited Blaine hours before the show, as Blaine performed card tricks (he’s always with a deck, just in case famous actors or even commoners ask for a trick).

DeVito and Perlman are separated, but are still close friends. Three years ago, Perlman told Andy Cohen that she and DeVito are closer as friends after their separation than they were in the last five years as a couple. Perlman said during an interview with Cohen on his “Watch What Happens Live” show, “It’s much better, because all of the tense stuff is gone.”

This really is Mania

You might have heard the resonant rumblings of emcee Sam Barclay on Sunday morning if you were within like a mile radius of Siegel’s Bagelmania on Commercial Center Drive. Barclay, the hired gun from Major League Eating, presided over the first World Bagel Eating Championship.

Barclay is a huge name in these eating competitions. The announcer is apparently paid by the word, minute and decibel.

This is a licensed event by MLE, the same organization that stages the Nathan’s Famous Fourth of July hot dog eating contest. That’s why the winner took home what Barlcay said was, “The finest trophy in all the land!”

The all-you-can-eat (in eight minutes) contest played out for a couple hundred folks in the Bagelmania parking lot. Or, on this day, the Spiegel Bagel Eating Festival Grounds.

The unofficial, nonbinding over-under for the inaugural event was set at 29 1/2. Way too high, and will be recalibrated for the next event.

The Dispensary Lounge at 2451 E. Tropicana Ave., celebrated its 11th year of presenting live music Thursday night. The great music director Uli Geissendoerfer headed up the anniversary jam “sesh,” as the musicians say. Adele Belas (Las Vegas’s original Adele) and her late husband, Doug, opened the Dispensary in 1976. In 2012, Belas took a shot with live music. Wynton Marsalis stopped in one night in 2013, after a show at The Smith Center.

We have enjoyed many cheeseburger specials at the place over the years (I still owe Vegas musician and music director Pat Caddick a Dispensary cheeseburger from about 2014).

The Dispensary’s signature effect is its waterwheel, just behind the stage. After conference with Geissendoerfer, we’re calling the stage the Waterwheel Lounge inside the Dispensary. New signage, an extensive marketing campaign and a launch party (all mere suggestions) are to follow.

Spiegelworld Impresario Ross Mollison posted a photo of his team inside the under-development venue hidden behind the facade of Warner Theatre in Atlantic City. The project is new, for “The Hook,” opening in June. But the theater is 94 years and is being gutted entirely (which is the best way to be gutted). The crew seems to be the size of action figures in the vast theater, showing how much work is to be done.

Mollison crafted wistful prose about the venue’s history. “Her weathered, beautiful facade clung onto the beach, surviving hurricanes, fire, wind, wrecking balls and —- like Norma Desmond — dreaming of her moment back in the spotlight.”

That should be in June. And we anticipate a character based on Norma Desmond.

Pete “Big Elvis” Vallee has just extended his residency at Harrah’s Piano Bar for two years. Vallee opened at Harrah’s in May 2012, moving over from Bill’s Gamblin’ Hall & Casino as it was being re-branded as Cromwell. Vallee headlines Piano Bar at at 2, 3:30 and 5 p.m. Mondays, Wednesdays and Fridays. No cover for any of this. Bring your own scarf.