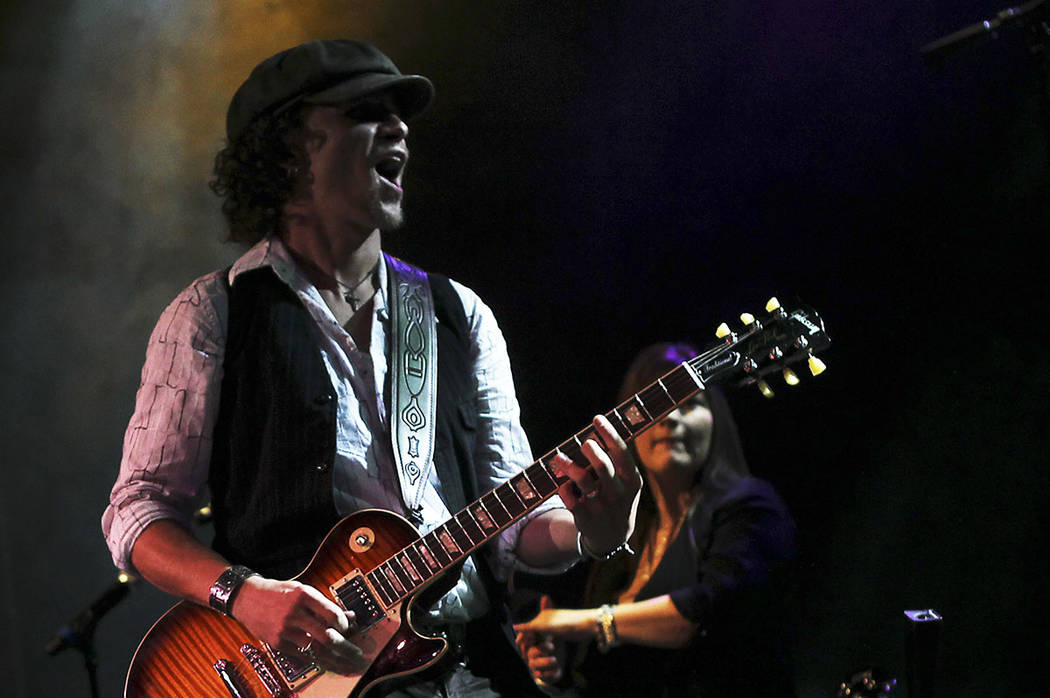 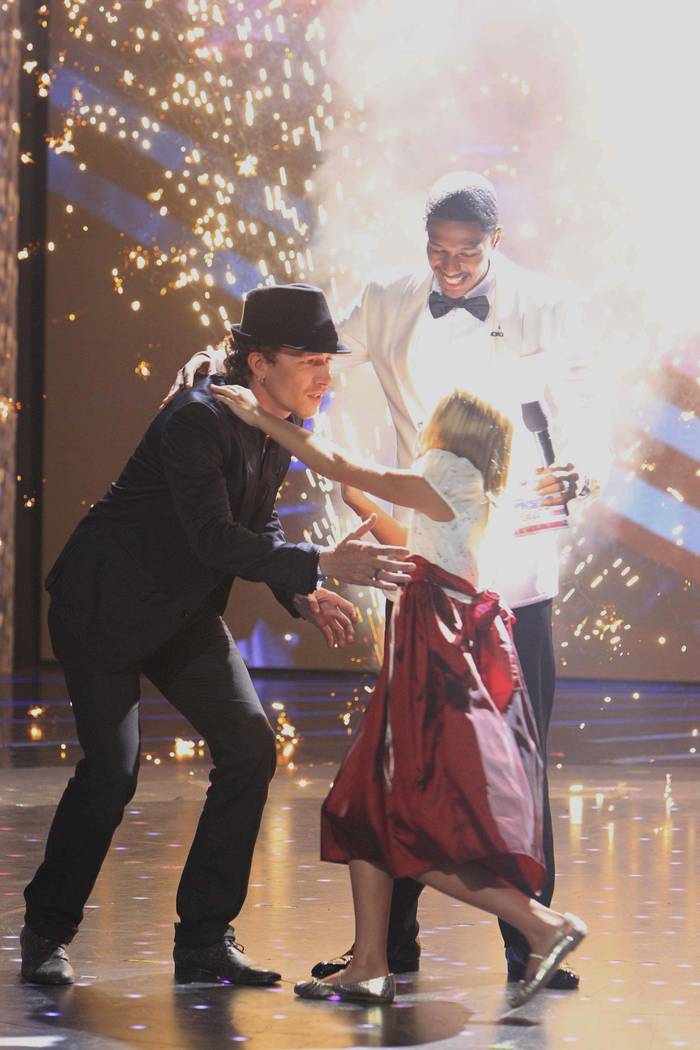 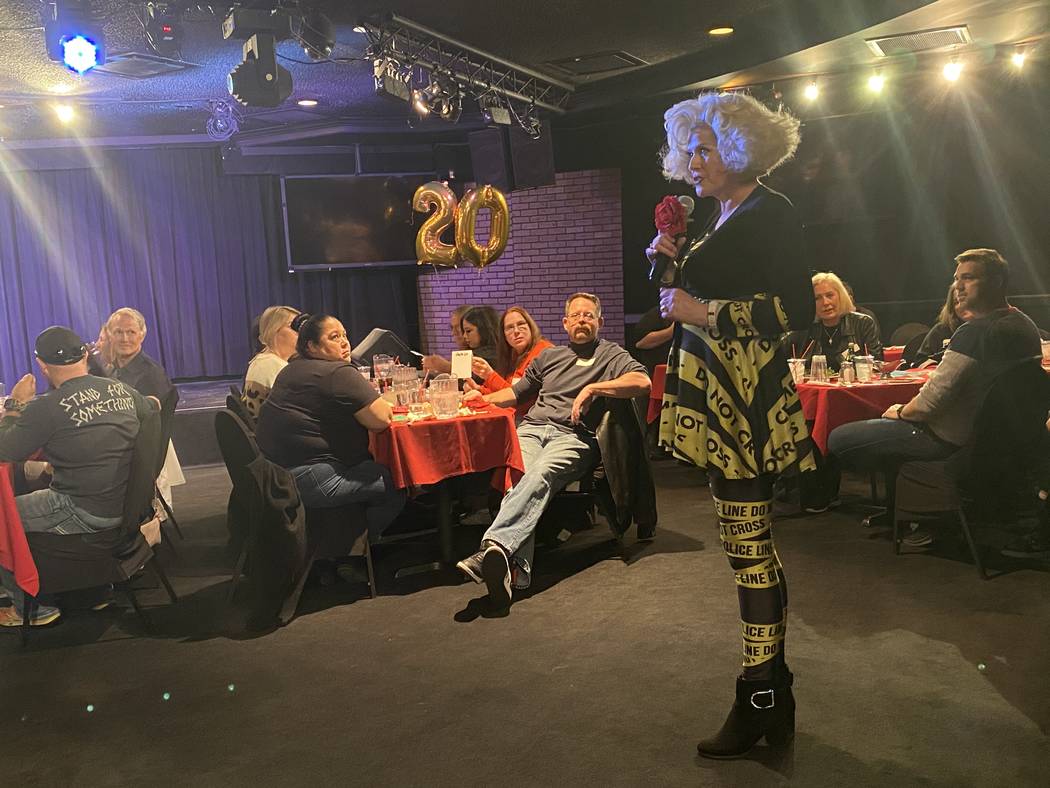 Jayne Post is shown during the final performance of "Marriage Can Be Murder" at The Showroom at the D on Sunday, Jan. 5, 2020. (John Katsilometes/Las Vegas Review-Journal) @JohnnyKats 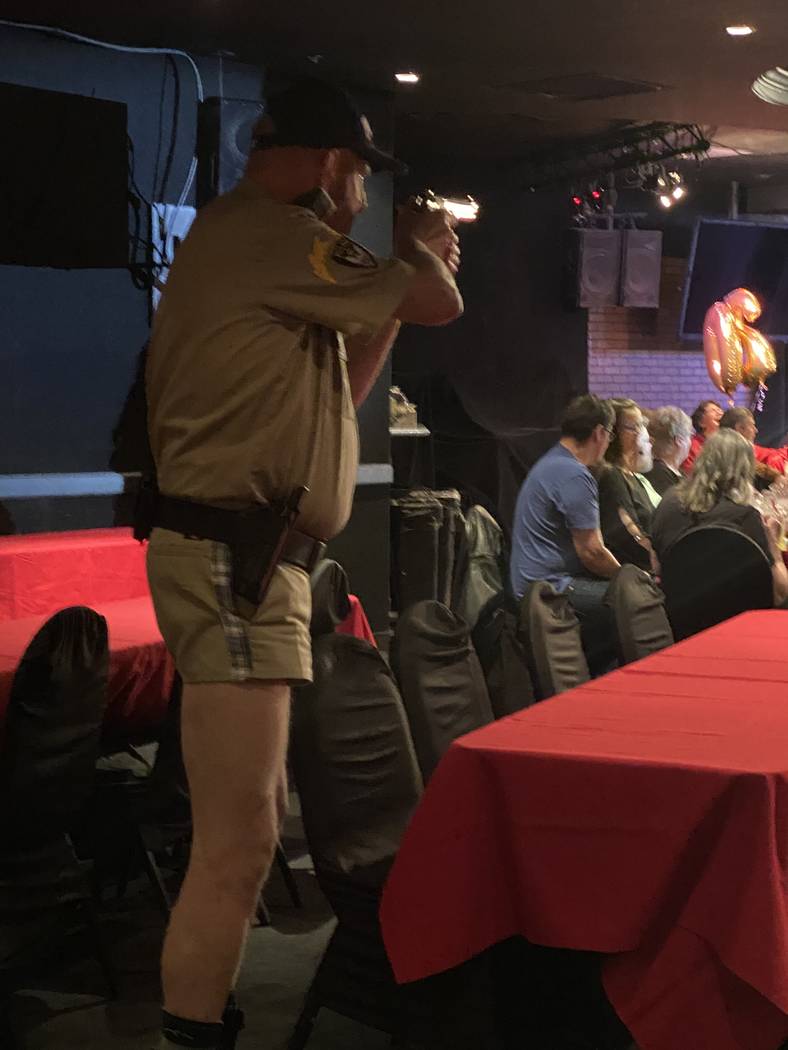 Eric Post is shown during the final performance of "Marriage Can Be Murder" at The Showroom at the D Las Vegas on Sunday, Jan. 5, 2020. (John Katsilometes/Las Vegas Review-Journal) @JohnnyKats 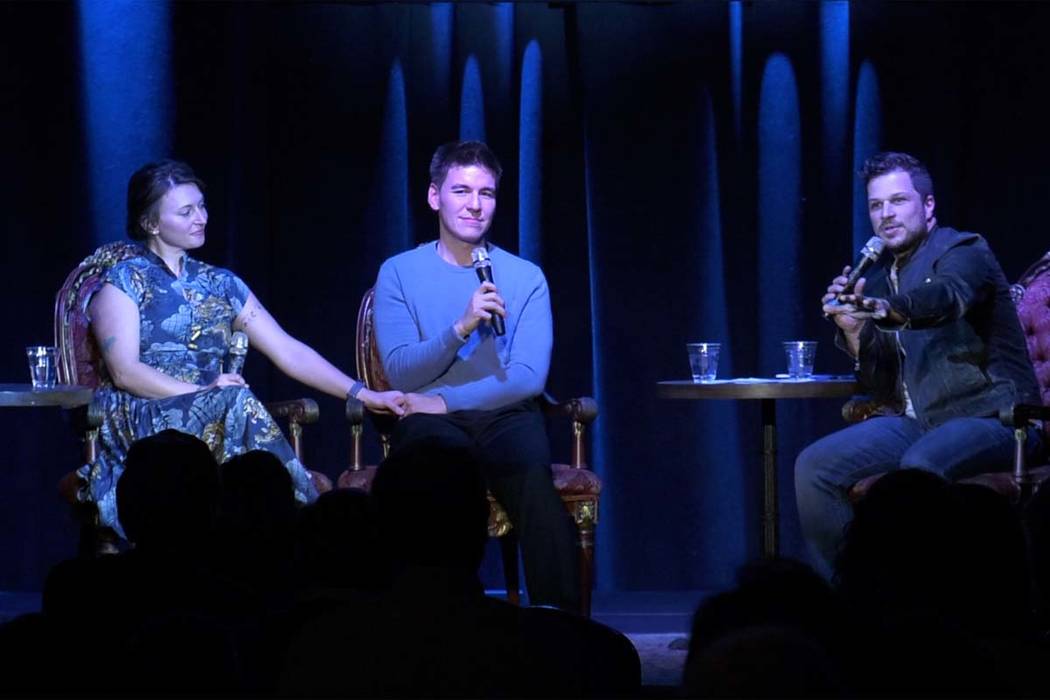 James Holzhauer, center, and his wife, Melissa, held a watch party for the “Jeopardy! The Greatest of All Time” tournament, hosted by Mark Shunock, right, at The Space in Las Vegas on Thursday, Jan. 9, 2020. (James Schaeffer/Las Vegas Review-Journal) 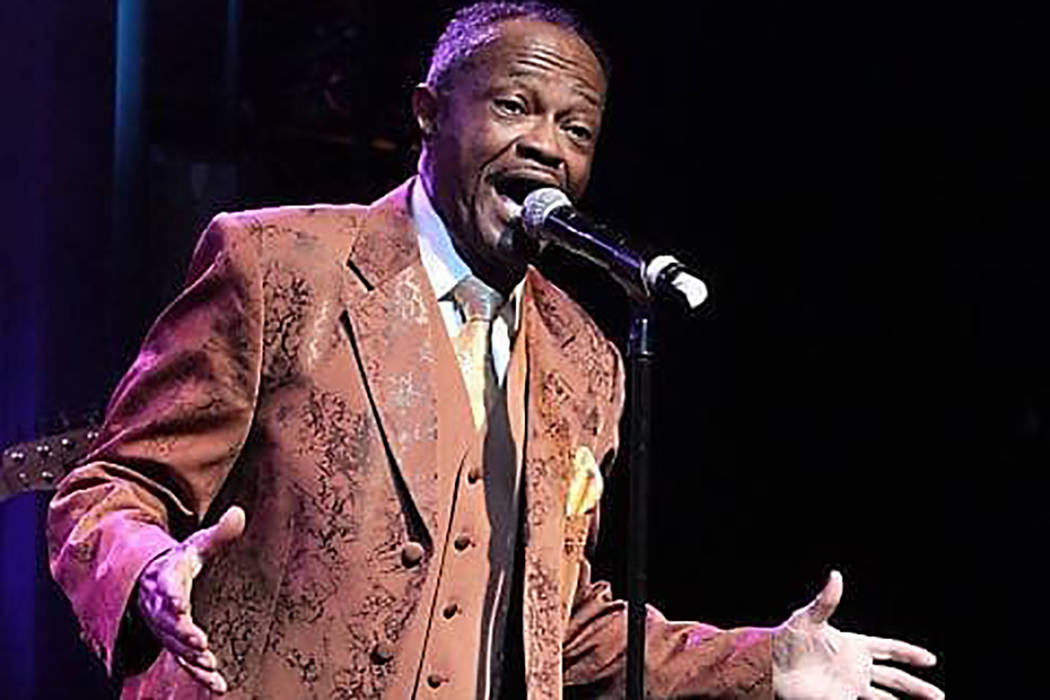 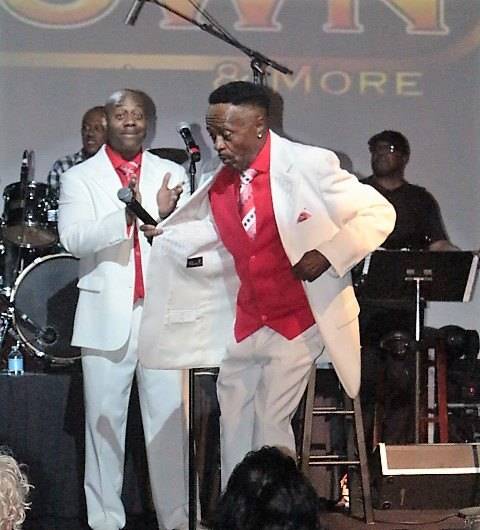 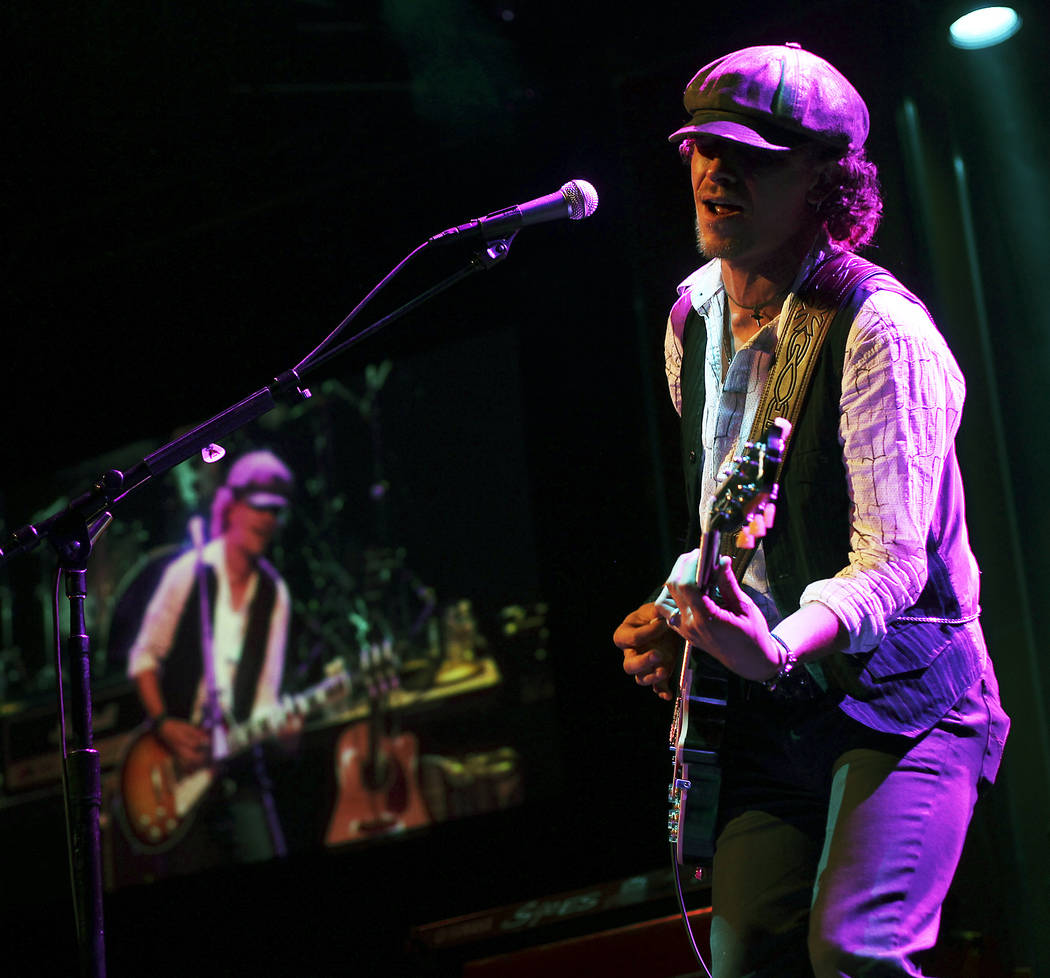 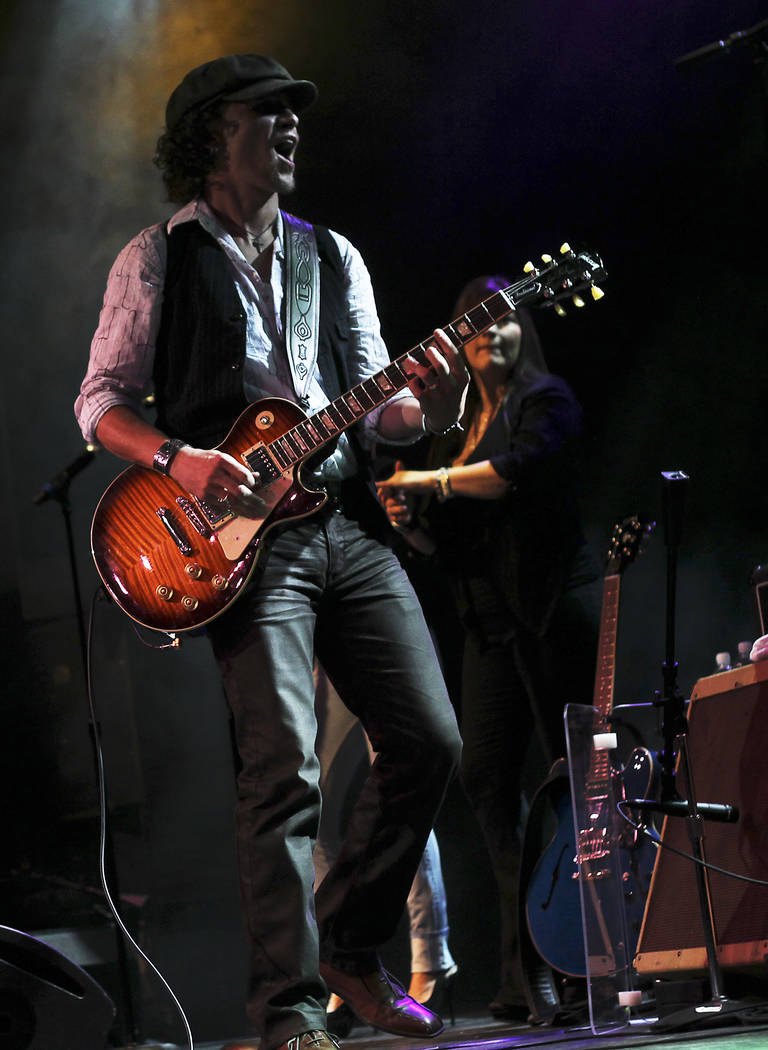 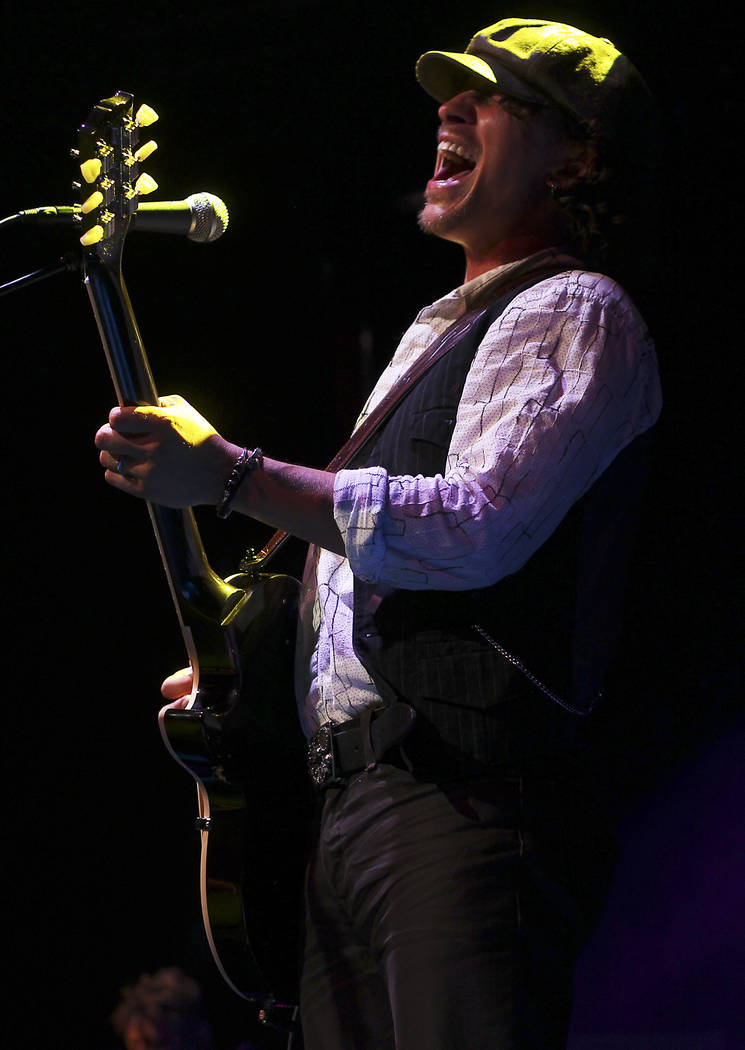 Michael Grimm is glad he did it, but he wouldn’t want to do it again.

We’re talking of his performances on “America’s Got Talent.” The Las Vegas singer/songwriter stunned a national-TV audience by winning the Season 5 championship in 2010. Grimm, headlining “Southern Rock” at 2 p.m. Sunday at Myron’s Cabaret Jazz (ticket info here), returned this week on the show’s “Champions” spin-off.

“I had a little PTSD at first,” Grimm says of his appearance on Monday night’s telecast. “It’s like going back to your old high school, the memories are coming back. The sights and smells and all of your senses are heightened.”

But unlike his first run on the show, when he blazed to the finals, Grimm was eliminated after one song.

“I was glad to be part of it again, but at my age I don’t think I would be able to go through it all again,” says, the 41-year-old Grimm, who perform at 2:30 p.m. Sunday at Myron’s Cabaret Jazz. “The stress, lack of sleep, would have been too much for me to go through a second time. When they voted me off, I was actually happy that I didn’t have to go through the rounds again.”

Grimm introduced himself as being from his original hometown of Waveland, Miss. He recounted how he used the $1 million prize from his 2010 victory to buy a new home for his grandparents, whose home was wiped out by Hurricane Katrina. The show also revisited the famous moment when Grimm toped virtuoso vocalist Jackie Evancho in the Season 5 final, his face a mask of shock when his name was announced.

“I still can’t believe it,” Grimm says today. “I’ve spoken to the Evancho family since then, and she’s becoming a big star and I’ve been enjoying just watching her. I knew it was going to happen for her.”

Grimm experienced the burst of quick success winning “AGT” affords and artist. He recorded an album with renowned producer Don Was, opened on tour with Stevie Nicks and headlined a short run at Flamingo Showroom.

A gifted, if demure, even shy, performer, Grimm then slipped from the national spotlight, settling into the same strata of fame he experienced when he auditioned for the show nearly a decade ago.

All of which is fine with Grimm, who continues to gig around town, as musicians say. He is busy heading up his recurring shows with his robust backing band at Cabaret Jazz at the Smith Center. He’s also been regularly booked on Royal Caribbean Cruise Lines.

Grimm has often struggled to come to terms with his time on “AGT,” saying, “I wish I’d handled it all better, looking back.” But he says the sum result of his mercurial relationship with the show was positive.

“It was good to be on the show, no question,” the soulful singer says. “There were more positives than negatives, absolutely.” Grimm’s last performance as a “Champion” was positive, no question.

Know what love is

Foreigner is opening its stage to Las Vegas high school choirs during its series at The Venetian Theatre. The singers are brought on for “I Want to Know What Love Is.” Las Vegas Academy Choir was to open the run Friday, followed by Eldorado High on Saturday, Del Sol Academy of the Performing Arts Choir on Wednesday, Green Valley High next Friday, and the Faith Conservatory of Fine Arts Chamber Singers next Saturday.

Foreigner has made these sorts of offers to choirs across the country, including Aug. 27, 2017 when LVA joined the band at Chelsea at The Cosmopolitan of Las Vegas. The band has been on a mission to support the arts. As Foreigner vocalist Kelly Hansen called out, “Talk to your superintendents! Keep the arts in schools!”

The Space proprietor and Vegas Golden Knights arena emcee Mark Shunock is the in-arena host at the NHL All-Star Game on Saturday at Enterprise Arena in St. Louis. Shunock also hosted the event’s skills competition on Friday. It’s his second straight year with the All-Star Game. Saturday’s tilt is set to air at 5 p.m. on NBC.

“Marriage Can Be Murder,” late of the D Las Vegas, is planning a move to a renovated dining room Buca di Beppo at Bally’s, former home of “Tony N’ Tina’s Wedding.” Details are to be sorted out. Until then, the dinner theater production headed up by Eric and Jayne Post is performing pop-up shows at Hennesey’s Tavern on Fremont Street.

The first show is 6 p.m. Tuesday (the show itself starts at 6:30 p.m.), followed by Feb. 1, and Feb. 14. There should be additional dates in February until the show is ready to move to its new venue. Tickets are $62, not including fees, for the show, three-course dinner, and a nonalcoholic bevarage (including, but not restricted to, FizzyWater). Go to marriagecanbemurder.com for more info.

Gregg Austin’s M Town & More plays 8 p.m. Tuesdays at South Point Showroom. The Motown-infused act has been filling that room with serious groove music for nearly a decade. The band is keeping their founder’s name in the title. Austin died Jan. 2 at age 70, but left an enduring legacy of artists across the city. Tickets are $15 for reserved seats (including two drinks), $10 for general admission (including one free drink). The show is tailor made for locals, and check out the guys’ tailoring. It’s sweet, and so is the production.