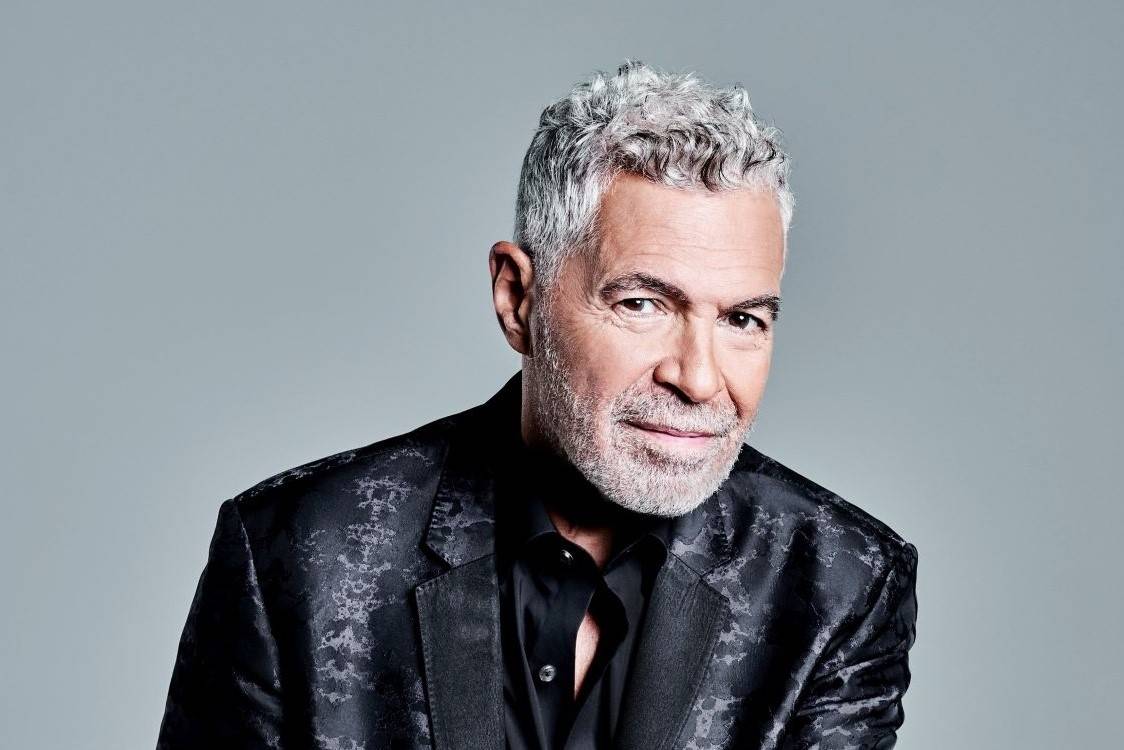 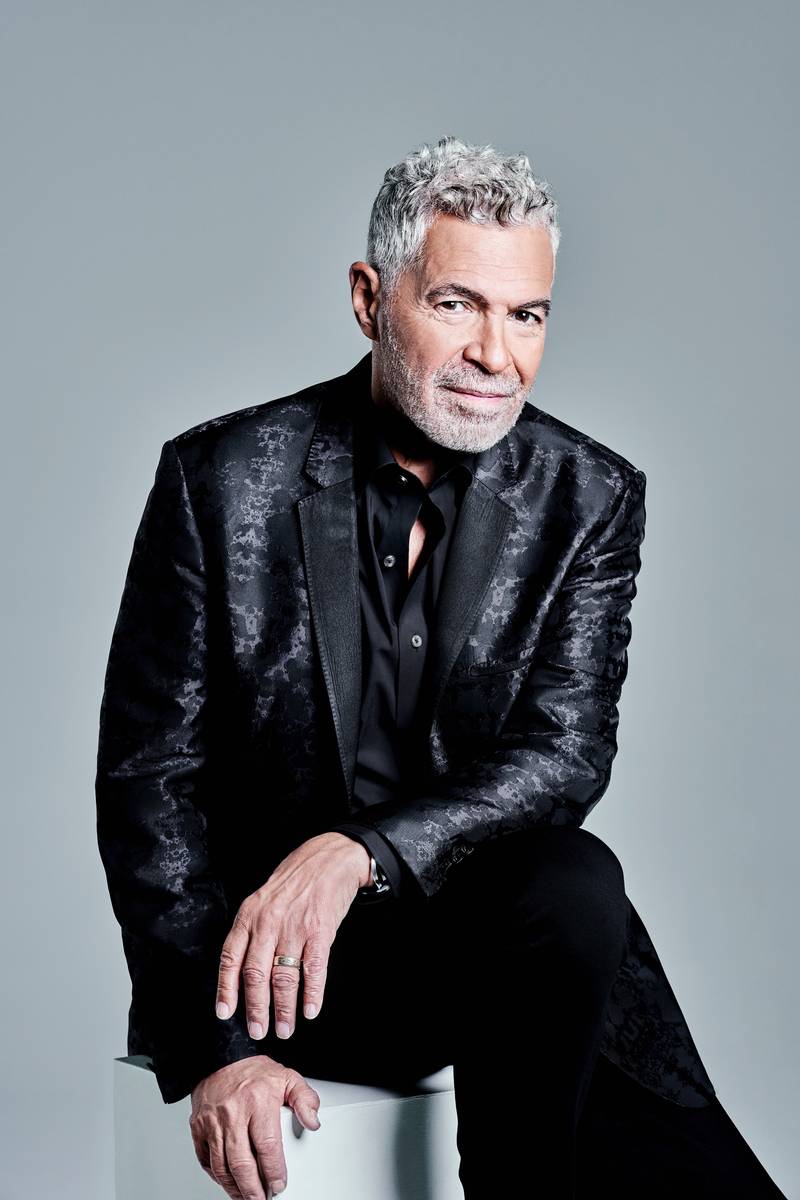 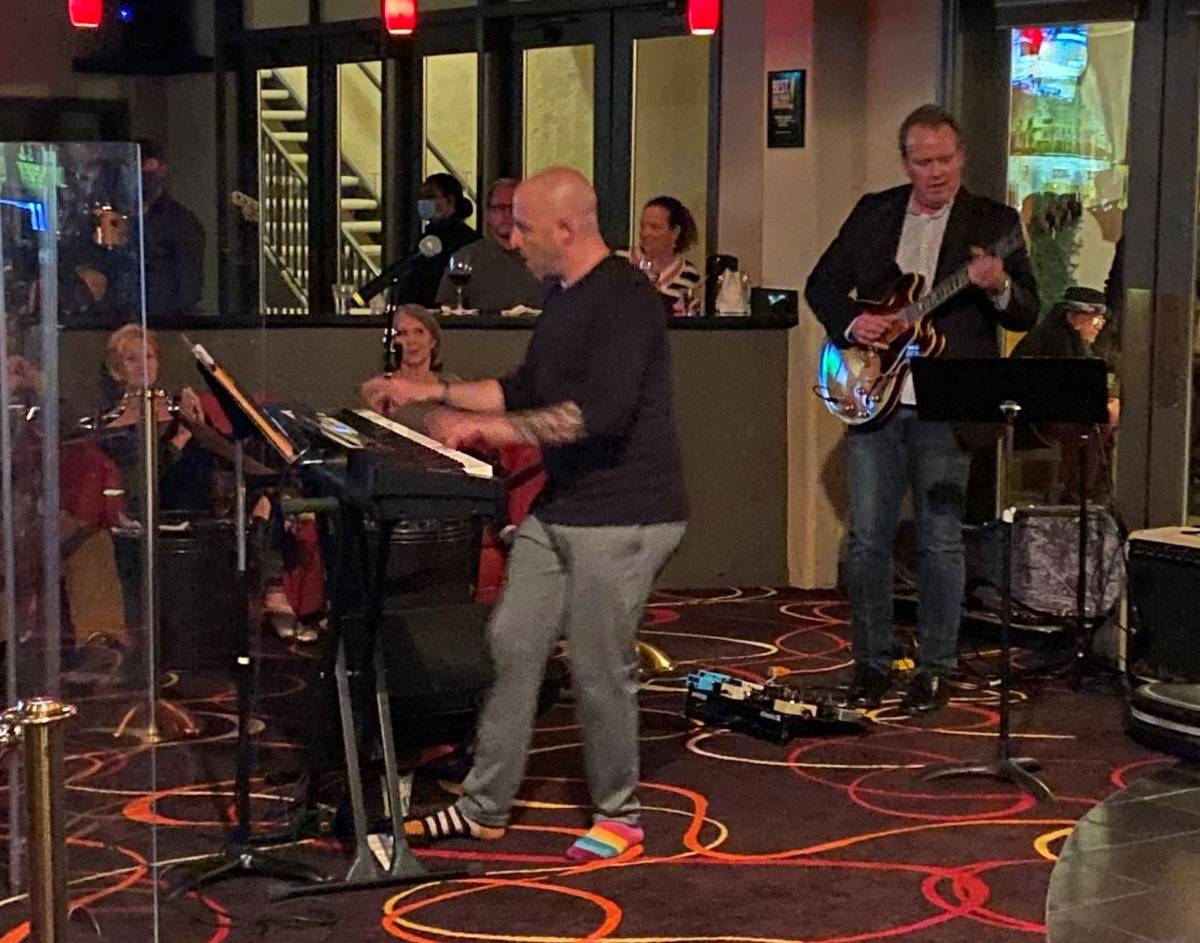 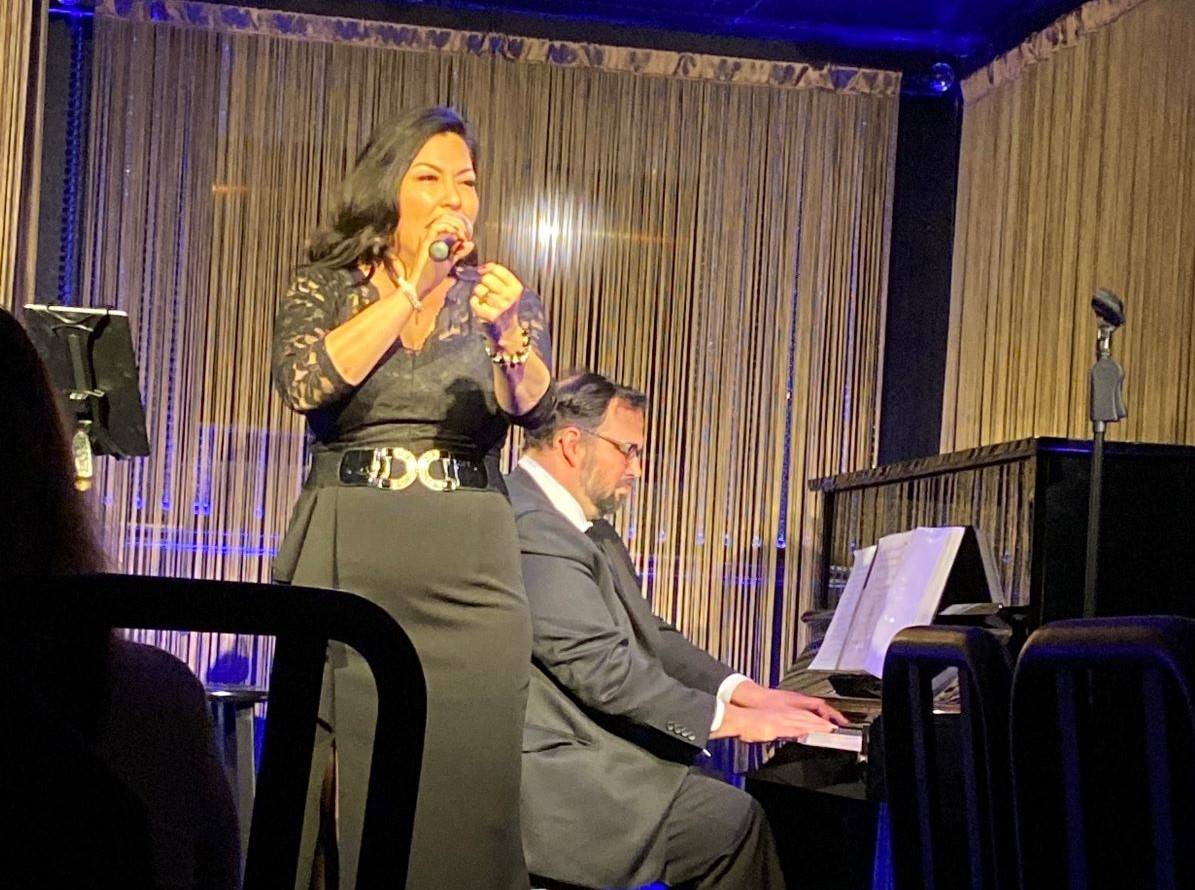 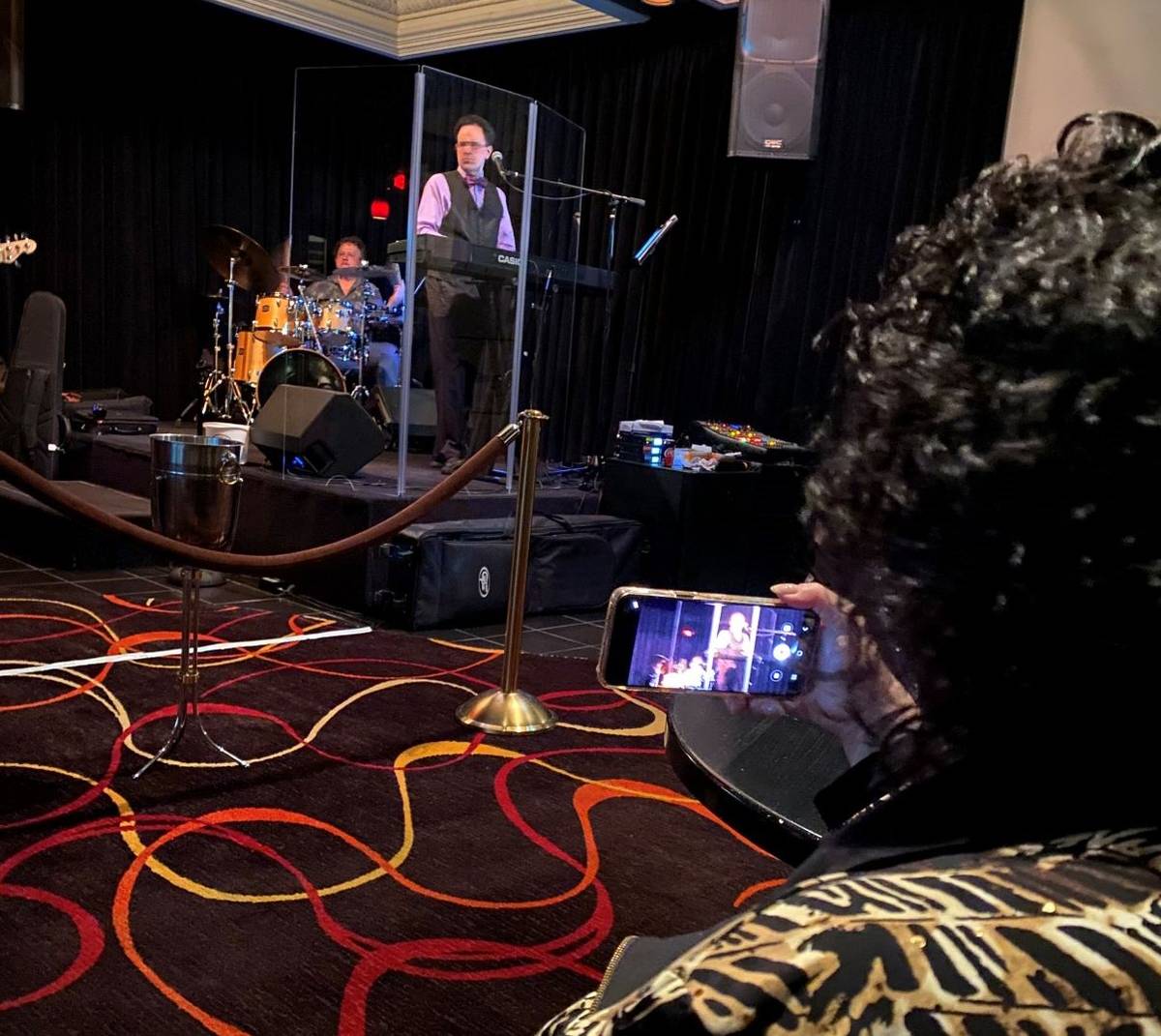 Clint Holmes is embracing his roots, hair-wise, career-wise, and otherwise. The Las Vegas headliner, with his new silver-topped look, is celebrating Black History Month with the return of The Composers Showcase of Las Vegas and his own return to the stage.

“I think it’s embracing who I am, and what I want to do right now,” the 74-year-old Holmes said Sunday afternoon, referring his distinguished, natural hair color. “I’m not someone past his prime. I’m exploring new things. Sophisticated is how I feel right now, and the look is a part of that.”

Holmes has gone strikingly gray during the pandemic shutdown. It suits him well, as one of the entertainment community’s elder statesmen. A headliner in town for more than 20 years, Holmes has been moving assuredly back to live performance over the past few weeks. Up next is his co-hosting gig at Monday’s TCS show at Notoriety at Neonopolis with founder Keith Thompson. Show time is 7:30 p.m.

The show marks the first live audience for TCS since COVID shut down the the Smith Center. It’s also the first time in nine years the show will perform outside Myron’s Cabaret Jazz, where it has been staged since the room opened in the spring of 2012. If it works out, TCS can play a similar monthly schedule as it has since opening at the now-closed Suede Restaurant in May 2006.

The show then wound around the city, to the Liberace Museum, Creators Studio, Garfield’s Restaurant in Summerlin, and finally to the Smith Center in March 2012. During the pandemic pause, Thompson has maintained the performances with video highlight compilations of past Showcases.

With the Smith Center closed until further notice, the event is seating a reduced COVID-compliant audience at Notoriety’s Robin Leach Theater. It is also being streamed on the showtix4u.com ticketing platform.

Further out at Notoriety, Holmes launches a new endeavor, “The Regeneration Series,” at 3 p.m. March 6. Holmes will appear with smooth-jazz keyboard great Tom Schuman of Spyro Gyra, and plans to showcase Vegas singers and musicians in a monthly series.

“I’m really excited about working with Tom, who is a really talented musician,” Holmes said. “Right now I feel like someone who is adventuring into new territory.”

It’s shaping up as a big month at Notoriety. Here’s how:

— Former “Baz” co-star Ruby Lewis makes her debut in the venue with “Shock Value,” at 8 p.m. Thursday night, which is also her birthday. The show is a Lewis-and-friends effort, with Lewis and her three-piece band jamming with a series of guest singers to be announced, or not. Might just show up.

— The “Four Funny” comedy lineup (which invokes a profane noun in its full title) continues its series at 9 p.m. Friday. Mike Faverman hosts.

— The “Motown Extreme” tribute rolls in March 4 and plays 6 p.m. Thursdays through Sundays.

“The Rat Pack is Back” old-Vegas tribute is still playing Fridays, Saturday and Sundays at the “new” Copa Room at Tuscany Suites. That’s the hotel’s second-floor ballroom. Producer Dick Feeney went into the original Copa Room last week to measure how far back 25 feet would measure.

But the show has been full-cap at 50 folks, and at 100 when it expanded Friday night. Feeney has also doubled the ticket price, but people keep paying it. As he says, “I can live with this.”

On the topic of Tuscany, that was indeed Martin Kaye, living it up and throwing it down, at Piazza lounge on Friday night. Sporting a bald look and wearing his trademark oddly matched socks, the former “Million Dollar Quartet” co-star was guest host of Kenny Davidsen’s weekly show.

Kaye, who portrayed Jerry Lee Lewis in the Harrah’s Showroom musical, resides in his native England. But he has interests in bringing an Elton John tribute show to Las Vegas. He relished his time in town and at Tuscany, welcoming a flurry of guests, including Enoch Augustus Scott, Anne Martinez, Christina Shaw, Sandy Knights and (a great talent I’d not seen before) Steph Payne.

John Wedemeyer sat in on guitar, Kaye sat on mi amigo Jerry Jones’ lap for a time … It was an ambient music festival. David Terry of “Magic Mike Live” is up next this Friday.

On the topic of Harrah’s Showroom performers, Bucky Heard and Wedemeyer premiered at Italian American Club on Wednesday night. A righteous set from Heard, Bill Medley’s partner in the Righteous Brothers; and Wedemeyer, a member of the duo’s backing band. “Chances Are” by Johnny Mathis shared a set list with The Beatles’ “Ob-La-Di, Ob-La-Da.” Heard also pulled off “Unchained Melody,” a required classic that Medley actually sings at Harrah’s.

The Bronx Wanderers played IAC Thursday to a filled-to-pandemic-capacity dinner audience, for whom Vinny “Vin A.” Adinolfi’s comment, “Welcome to our superspreader!” was merely a joke.

The full band was onstage to celebrate Adinolfi’s 33rd birthday. The show was also the Vegas finale for guitarist Dave Braun, who is leaving town for Seattle to be closer to his parents.

The highlight from here was the sing-along for “Sweet Caroline,” as it was the first time I’d heard that song performed live since Neil Diamond sang it at the 2020 Power of Love Gala. Coming up Wednesday is country artist Chase Brown, followed Thursday by the Sally Olson and Ned Mills Carpenters tribute. Frankie Scinta’s sold-out show is Friday, and Saturday’ it’s Craig Canter with Kelly Vohnn and Carmen Romano.

I’d not seen Christine Shebeck sing much, ever, in town, outside of her performances with The A List rock-cover band and occasional pop-ups at Davidsen’s shows. She’s also backed the aforementioned Righteous Brothers, Debbie Gibson and Michael Grimm, among many touring acts.

Finally stepping out front, Shebeck headlined her first series at The Vegas Room from Thursday through Saturday. I caught her Friday, and boy-howdy, what a performance. She took a set list featuring classics from such stars as Whitney Houston, Sheena Easton and Elton John.

Shebeck, who moved to town to sing in “Storm” at Mandalay Bay, showed off her range and innate ability to inhabit her songs. That’s what happens when you’ve been singing professionally since your early teens and were on “Teen Star Search.”

On stage, too, was Bill Zappia, most recently from Terry Fator’s band, who blazed away on the keys. These two need to be back. And so do I.